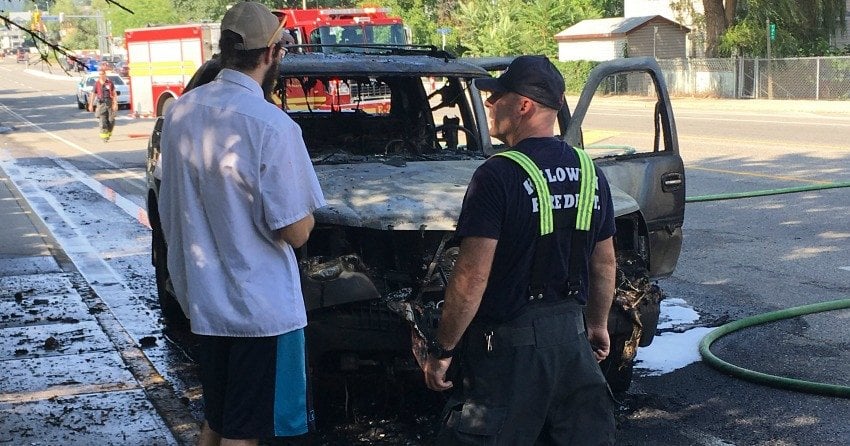 A man had a rattling incident in Kelowna on Saturday afternoon at around 3:35 p.m. as his vehicle lit on fire while he was driving. 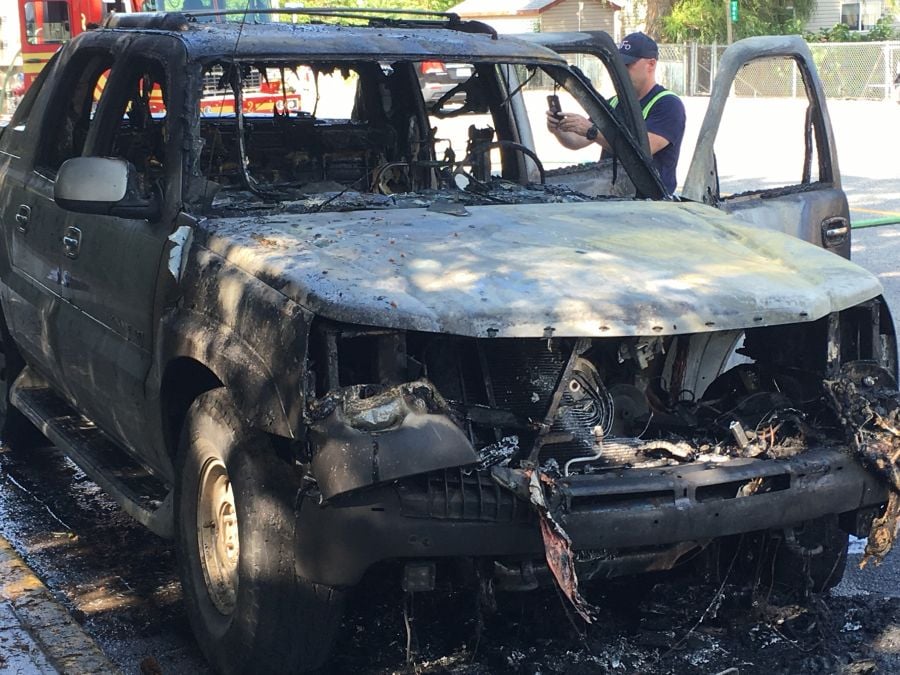 Skylar Smith-Clark turned down Burtch Road and noticed smoke venting from beneath the hood of his truck. He said his dashboard went "haywire" and his braking system was compromised. 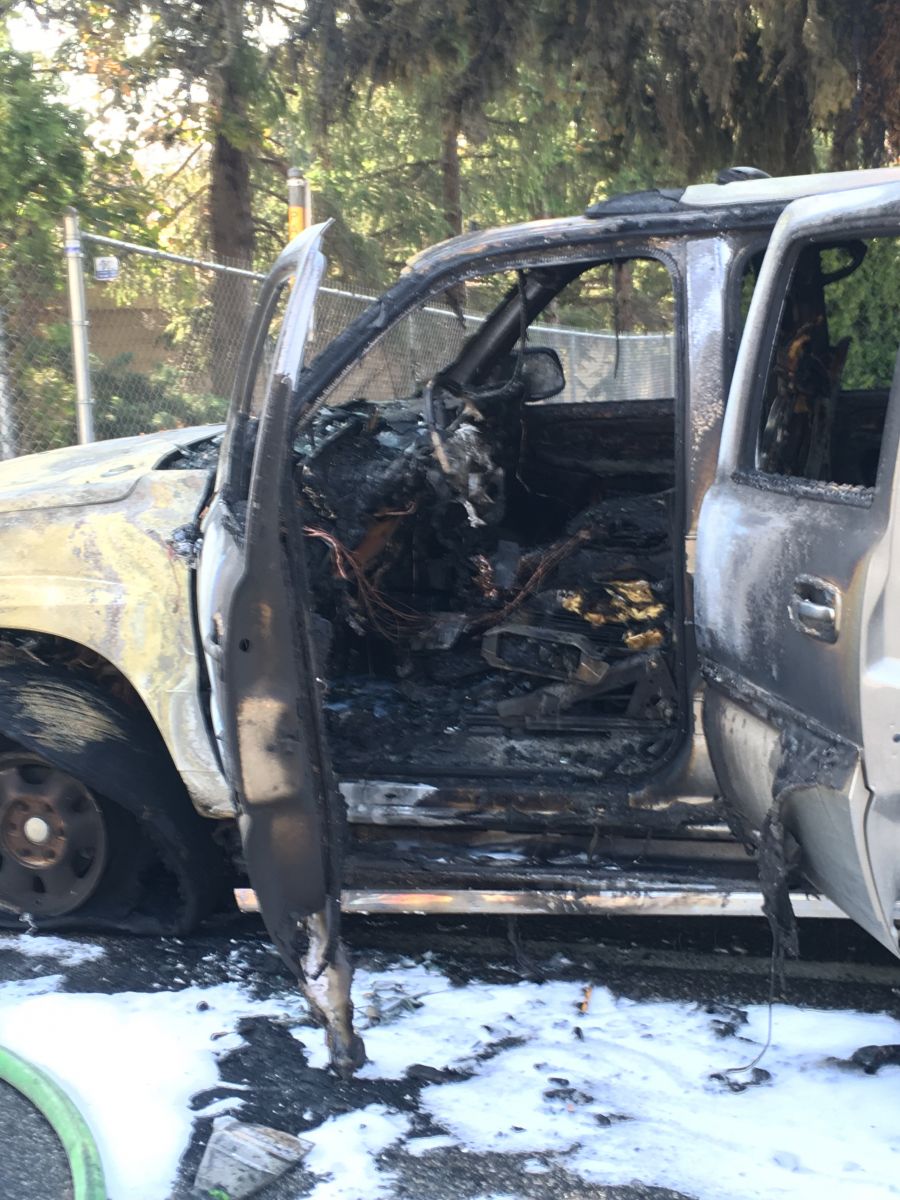 Smith-Clark, unable to brake, glided to a stop in front of Dogwood Estates. When fire started to leap from under his hood he understood the severity of the situation, grabbed his items and exited the vehicle. Smith-Clark was uninjured.

The vehicle fire sent a black plume of smoke into the sky and was visible to nearby residents. 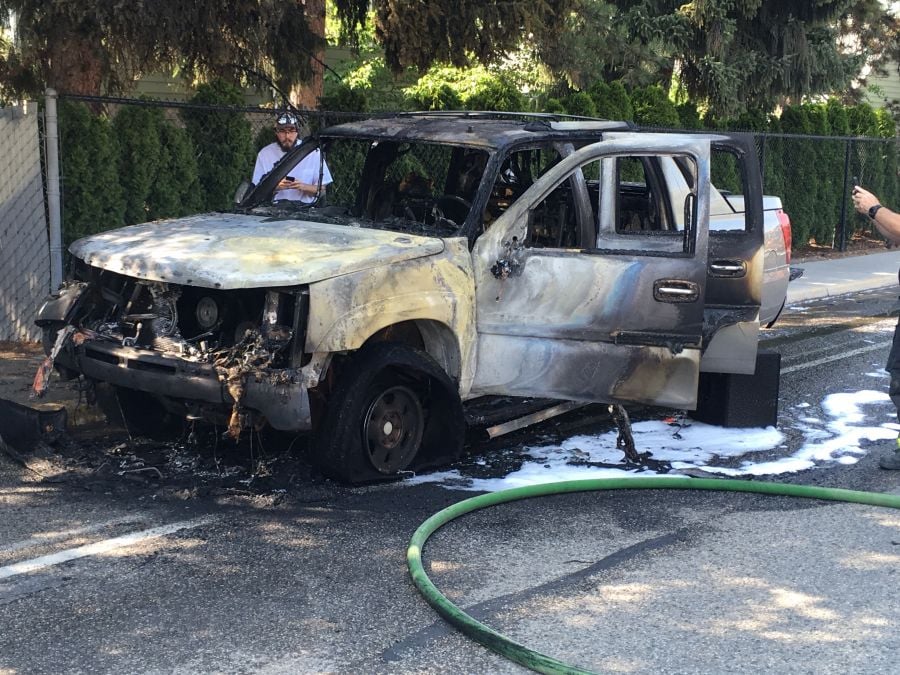 Police received the call at approximately 3:40 p.m. One fire truck and several police cruisers attended the scene, extinguishing the fire and rerouting traffic.