'We represent the 40%': Group of protestors rally outside of Kelowna RCMP detachment

On Saturday afternoon, a small yet mighty group of protestors gathered outside of the Kelowna RCMP detachment to share their stories and express concerns in response to the Kelowna RCMP’s high number of unfounded sexual assault reports.

The protest against #rcmprapeculture welcomed a smaller than hoped for, yet mighty crowd, to the local detachment this morning. The event was hosted in light of the statistic released which proclaims that 40% of sexual assault claims reported in Kelowna are deemed unfounded. pic.twitter.com/Zxil6Xom6k

In October, numbers from Statistics Canada revealed that almost 40% of sexual assault reports to the Kelowna RCMP are deemed to be unfounded, which is significantly higher than the 15% average of unfounded sexual assault files across the province. 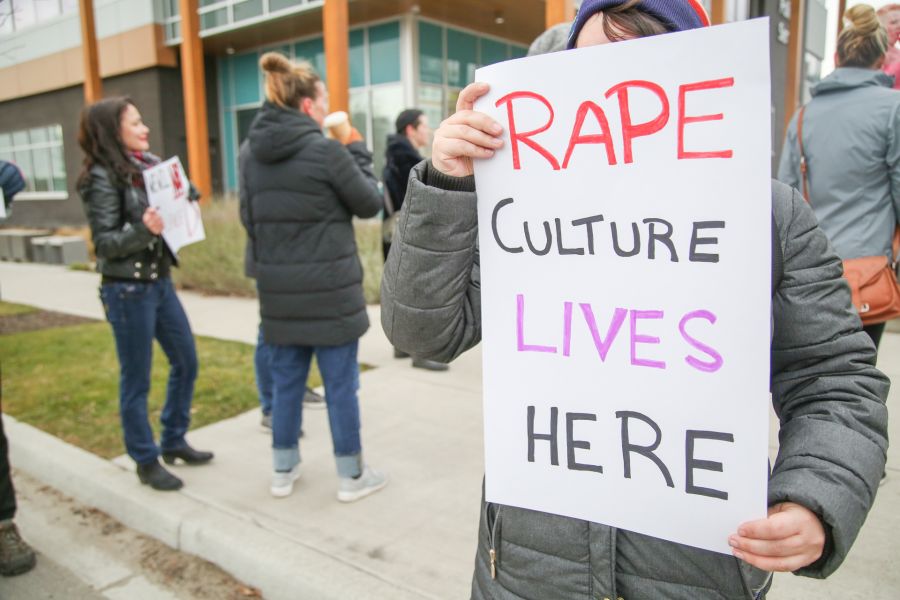 Women (and a few men) showed up ready to chant and stand in solidarity with one another, enduring frigid winds and cool temperatures.

Attendees held signs that shared statistics, some with messages of empowerment such as “We will not be silenced” and others took a more blunt approach while prompting passing vehicles to honk in support. 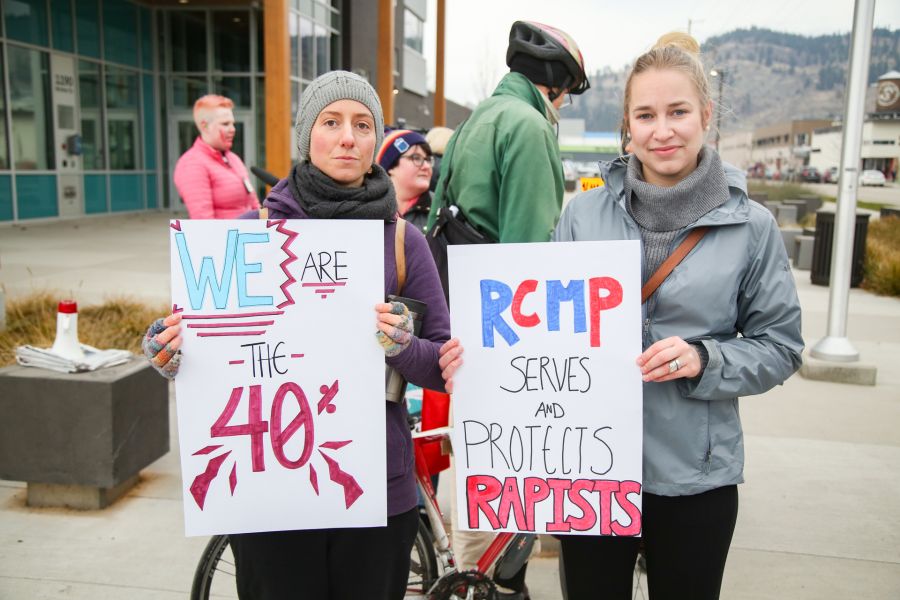 The event was organized by Aden Withers and Heather Friesen, who recently bonded over the fact that they are both part of the 40% of unfounded cases here in Kelowna. The two connected after Withers' sexual assault interview video from 2012 surfaced and went viral earlier this year. 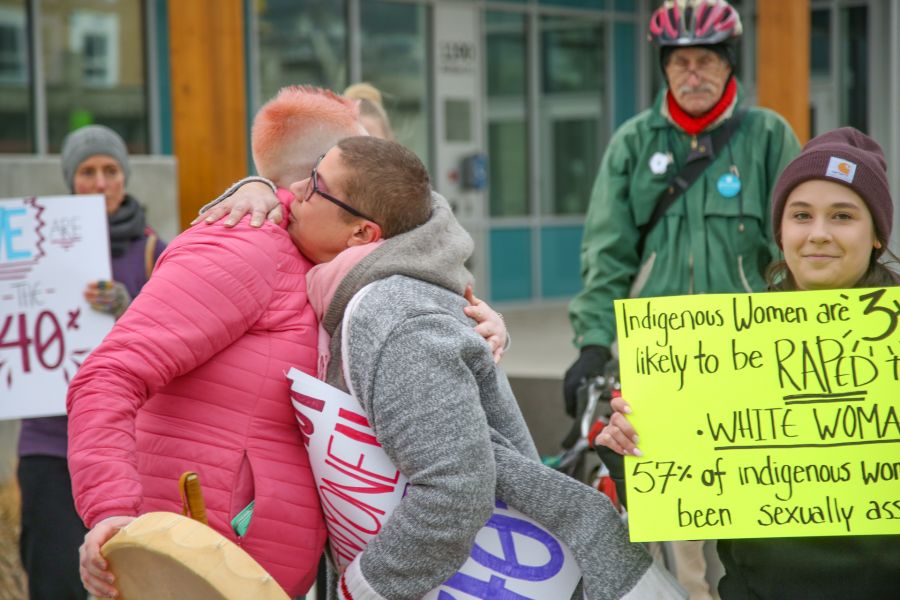 The pair joined together to host the protest in hopes of getting the RCMP’s attention.

“We are hoping to launch a civilian investigation into the sexual assault statistic to let [the RCMP] know that we are paying very close attention,” said Withers.

Upon hearing the 40% statistic for the first time, Withers says she was absolutely disgusted and felt like she needed to do something.

“Seeing that other people have been treated the same way that I had been is deeply unsettling. It breaks my heart.” 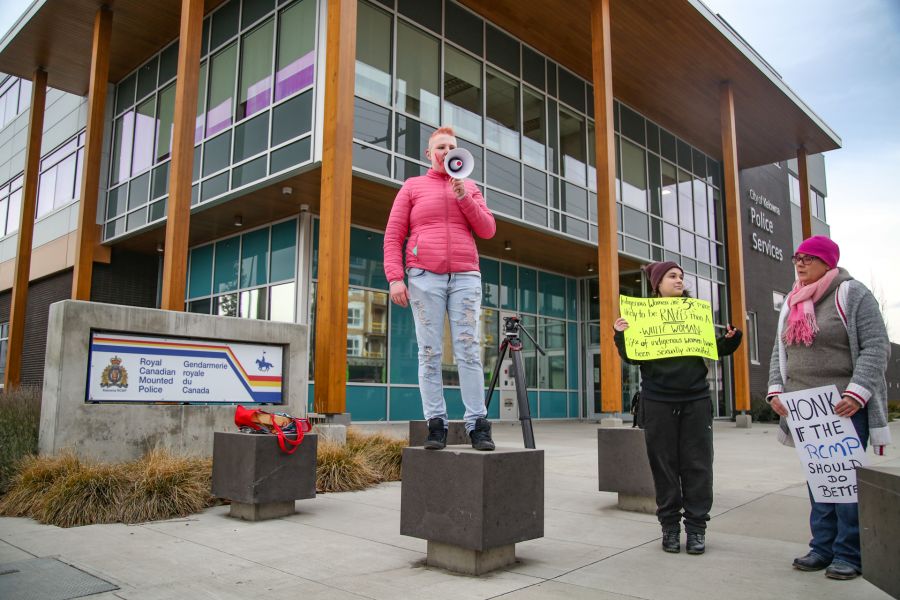 At Saturday’s rally, Withers shared portions of her story to the crowd of supporters, speaking of the “brutal questioning” and “victimizing” she endured while reporting her assault at 17-years-old.

Friesen also shared her horrifying experience in spine-chilling detail. While the incident occurred when she was a teenager, she reported it in 2018 after years of hardship, only to be “sluffed off” by local Mounties. 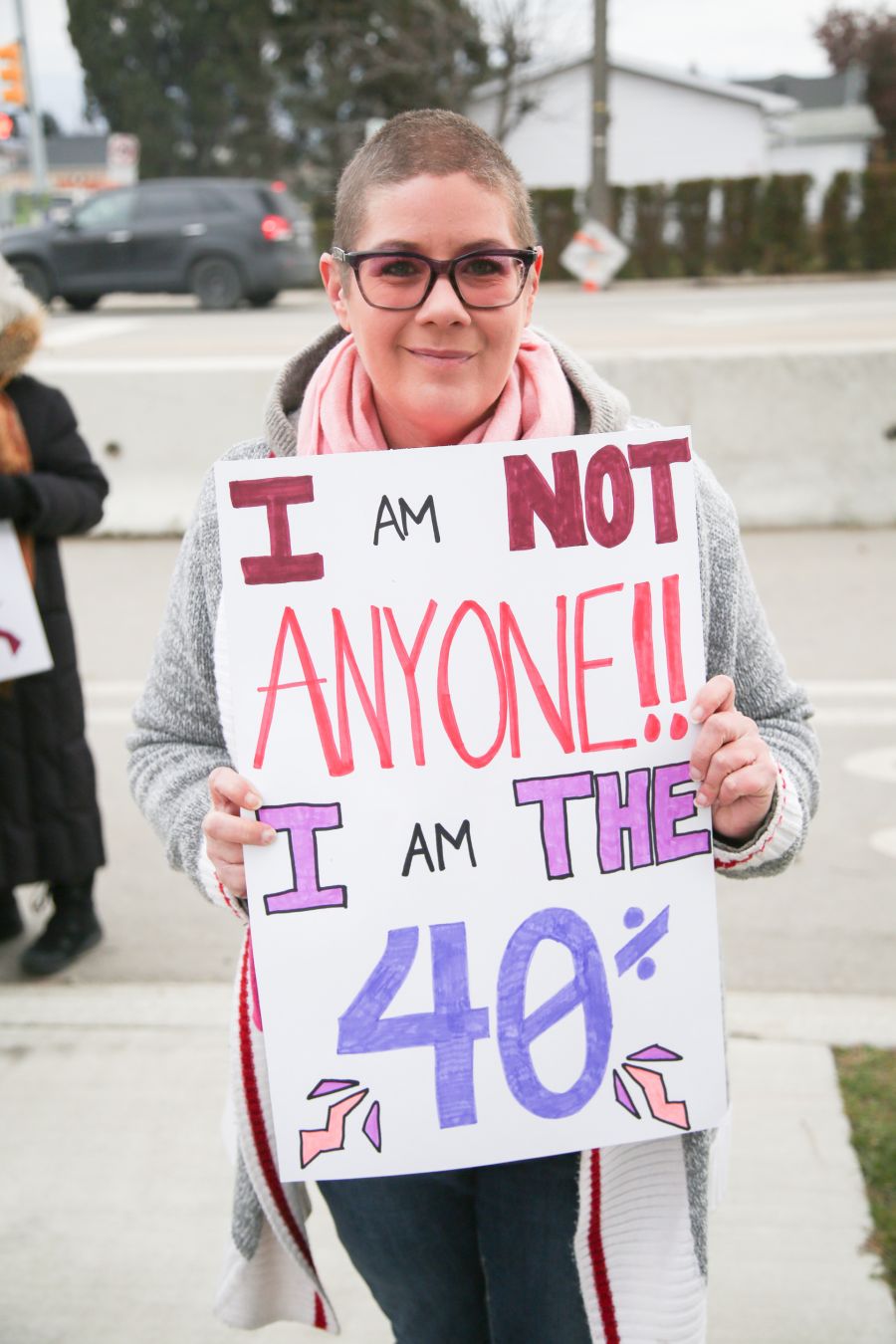 “Rape culture is a huge problem and that is what people don’t seem to understand,” she said. “The RCMP are complicit in rape culture and my hopes today are that we can actually spark a conversation about it within the city.”

Friesen made Okanagan headlines earlier this week when she disrupted a city council meeting on Monday, to address Mayor Colin Basran and council about his remarks of support for how Kelowna RCMP are handling sexual assault claims. 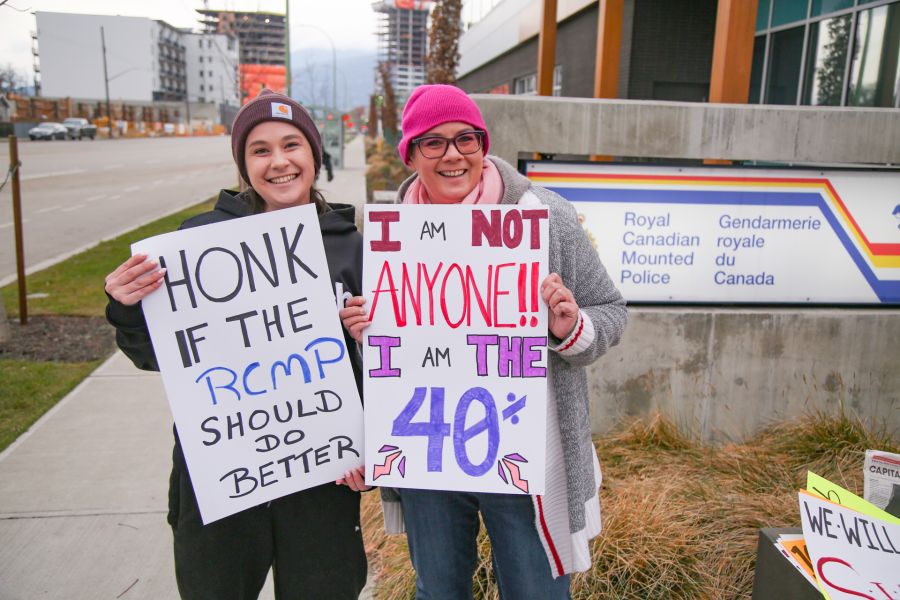 “When Colin Basran initially said that he supported the RCMP 100%, I was personally offended, because I am one of the 40%,” said Friesen.

“He then issued a statement to anyone he had offended and I didn't feel that was good enough, I want him to understand that his statement comes from a place of privilege and that we aren’t just ‘anyone’ – we are survivors of sexual assault.” 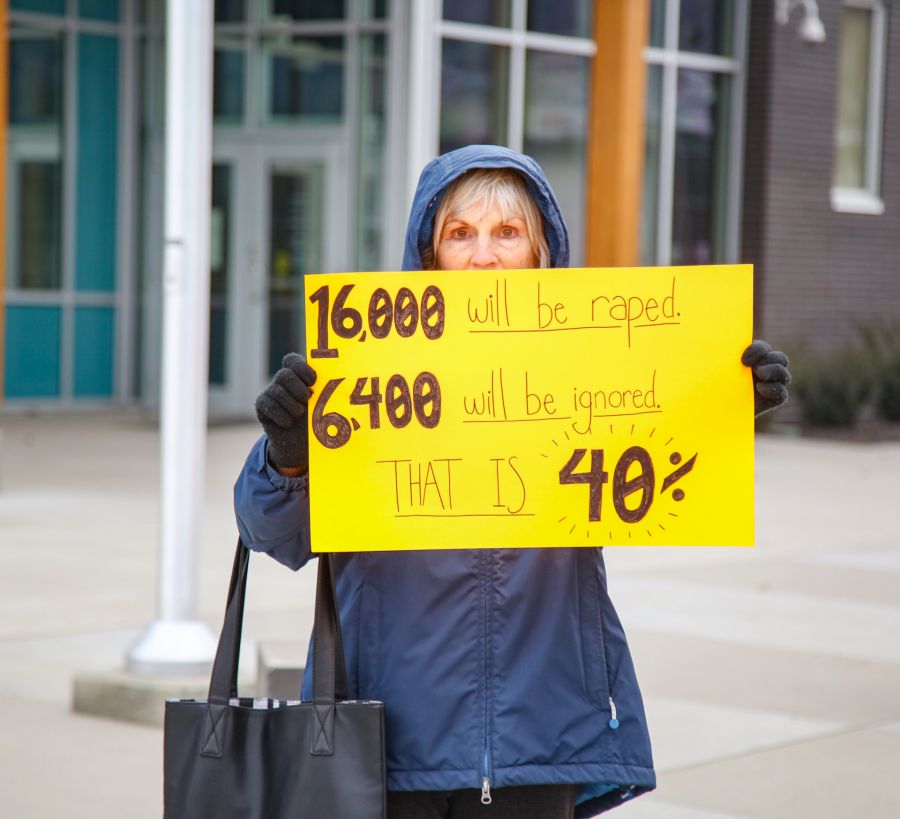 In addition to bringing light to rape culture in Kelowna, the event also focused on the missing and murdered indigenous women in Canada.

As a First Nations woman herself, Withers says she is "worried for the indigenous woman of Kelowna more than anyone else."

"Given the RCMP's deep-roots of racism and Kelowna's large indigenous population, I am worried," she added. 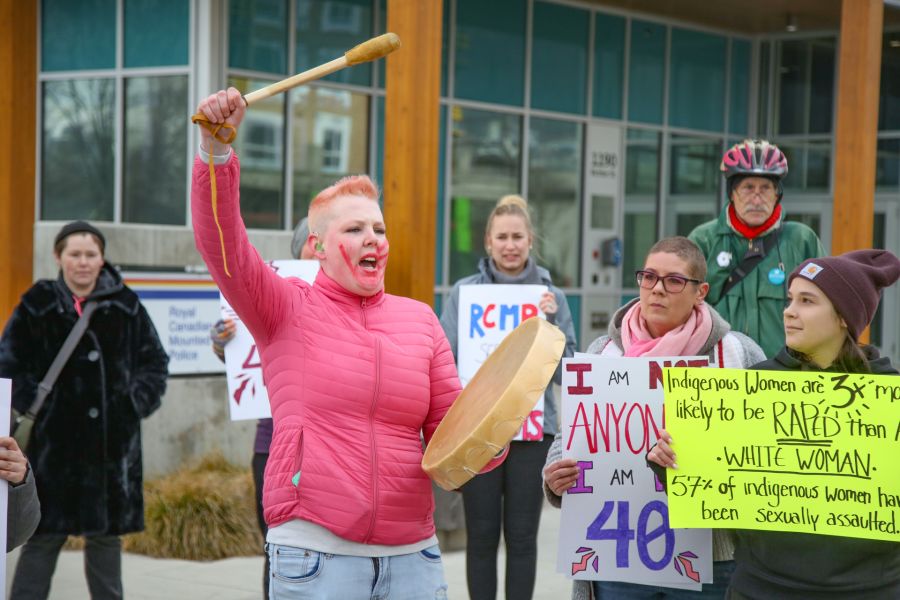 Following the protest, Withers hopes that the RCMP will “see and hear them” and that there will be an end to troubling numbers and cases like hers coming out of the Okanagan.