Emergency crews are at the scene of a tragic incident in downtown Kelowna.

According to police, an adult woman fell from a balcony of One Water Street shortly before 10 am, while a witness told KelownaNow she fell onto the rooftop of the building below.

Unfortunately, she did not survive the fall and was pronounced dead at the scene. 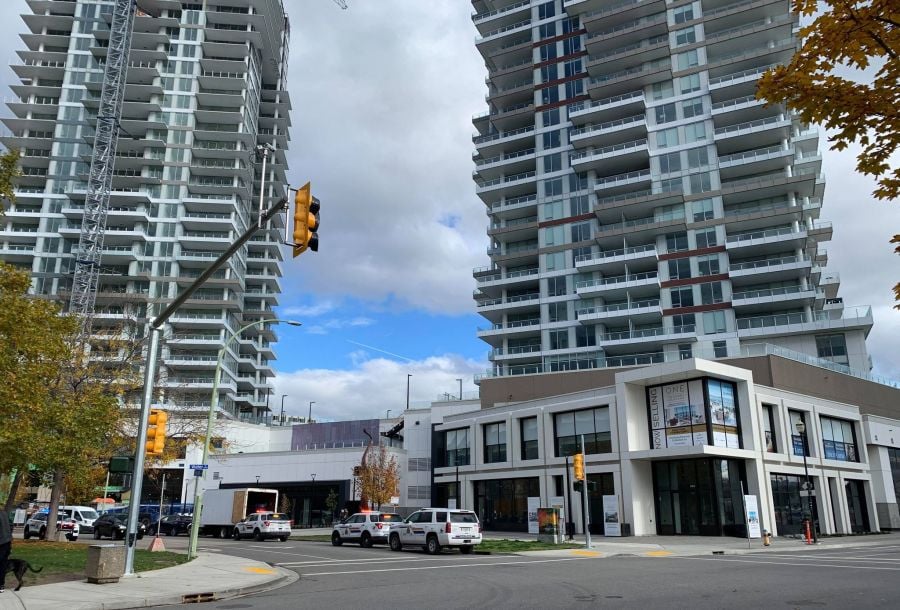 “We are in the beginning of the process of conducting a full investigation into the circumstances of this tragedy, but at this time we do not believe criminality is involved,” said Cpl. Jocelyn Noseworthy.

“The BC Coroners Service is now conducting a concurrent investigation to determine how and by what means the deceased came to her death.”

One 29th-floor resident told a KelownaNow reporter that police officers knocked on his door this morning and asked if he heard anything, but he did not.

That reporter remains at the scene and we will update this story as more information becomes available.

However, the RCMP said that no further information will be released on their end for now.