Crews have begun construction of the newest section of the Abbott Street active transportation corridor (ATC).

The extension of the ATC between Rose and Cedar avenues will take around two months to build and is anticipated to be completed in September.

According to the City of Kelowna, the project will incorporate two separate scopes, an ultimate-build and a quick-build project.

“We will be adding 240 metres of bi-directional cycle track, sidewalks on both sides of the road and landscaped boulevards.” 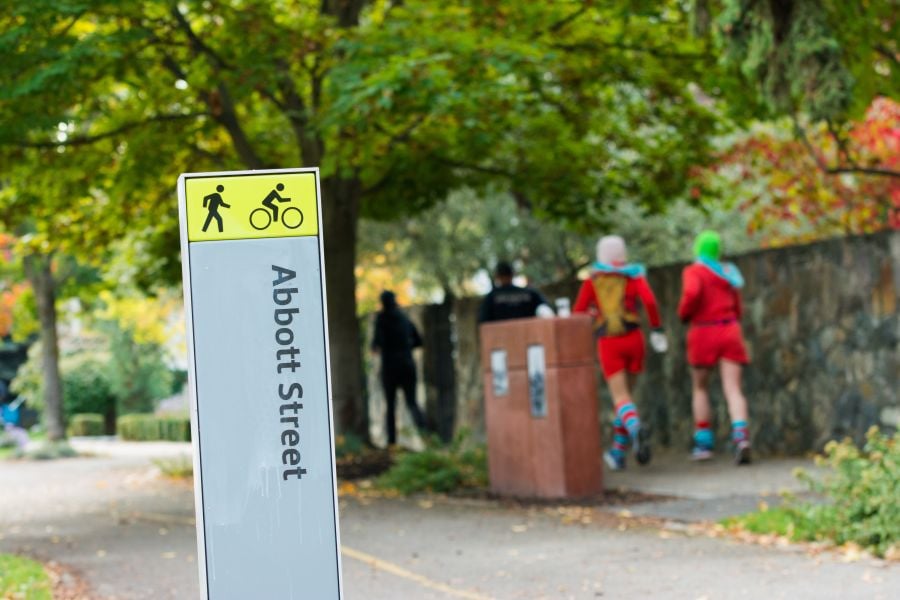 Lighting and parking on one side of Abbott Street near Rose Avenue will be incorporated as part of the ultimate build too, as will safety upgrades to the existing three-way intersection at Christleton Avenue.

The quick-build section will include 1,200 metres of cycle track between Christleton and Cedar avenues with concrete barriers and planter boxes acting as physical buffers between vehicles and cyclists.

“The City is piloting the use of this quick build infrastructure to extend this ATC sooner than 2030, when it is identified for funding in the capital plan.

The project will cost $2.8 million with support from the Canada Community-Building Fund.

It will result in the closure of through traffic on Abbott Street between Rose and Christleton avenues, but access will be maintained for cyclists, pedestrians, local residents and emergency vehicles.

Construction hours will typically be 7 am until 5:30 pm on weekdays, but work may occur outside of those hours in an effort to minimize the impact on residents.