(UPDATE: Aug. 3 @ 11:11 am): Flights in and out of Kelowna International Airport are expected to resume at 3 pm today.

Flights have been affected by wildfire smoke coming from the White Rock Lake blaze since Sunday.

“YLW, working with the BC Wildfire Service, NavCanada and Transport Canada, have established interim measures to allow instrument approaches and departures to resume," Elchitz said.

"We expect aircraft operations to restart service later this afternoon, around 3 pm."

He added: “As with any adverse weather situation, this one continues to evolve. We understand the inconvenience to travel[l]ers and appreciate everyone’s patience.”

The airport urges travellers to check with their airline for flight information before heading to the airport.

The airport said on Monday that as a consequence of the White Rock Lake wildfire, which has moved towards Okanagan Lake, a no-fly zone has been put in place 10,000 feet above sea level.

All flights were cancelled last night, the airport added, and "several" are expected to be cancelled this morning. 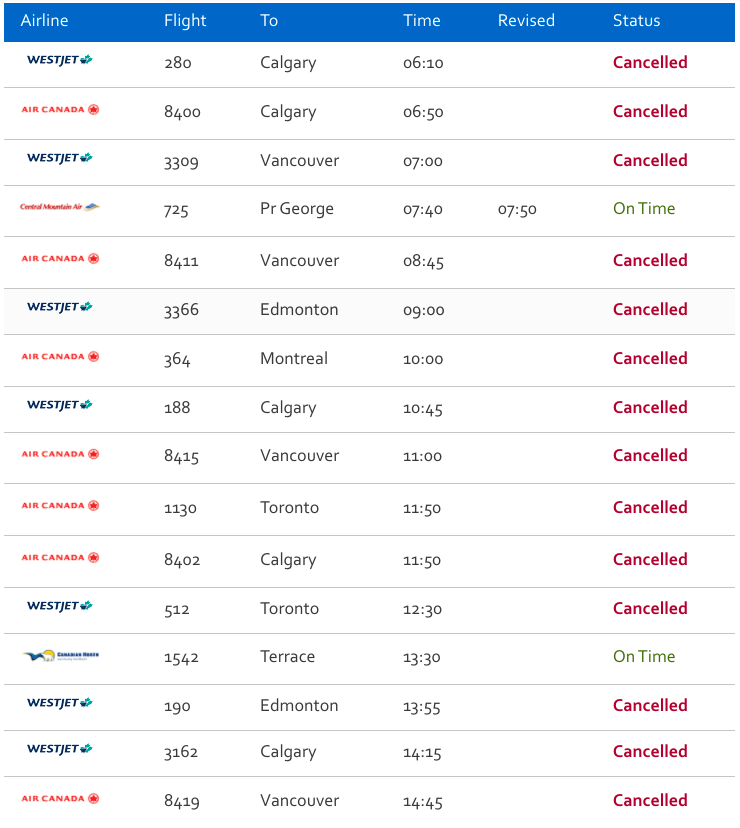 According to the YLW website, dozens of flights are cancelled throughout Tuesday morning and into the afternoon.

He added: “We appreciate travel[l]ers’ patience with this evolving situation. As with any adverse weather situations, travel[l]ers are reminded to check in with their airline for the most up to date flight information before coming to the airport.”

(UPDATE: Aug. 2 @ 8:05 am): Most flights in and out of Kelowna International Airport are expected to be cancelled today.

A no-fly zone remains in place around the airport due to wildfire smoke from the White Rock Lake fire.

The smoke continues to affect aircraft instruments, a spokesman for YLW told KelownaNow.

Flights that are still showing as active are assessing their approach on an hourly basis, the spokesman added, and will most likely be delayed or cancelled.

Customers flying today are urged to check with their airline to find out more information.

YLW is working with Nav Canada and the BC Wildfire Service to find an "interim measure" that would allow flights to go ahead, but no "significant changes" are expected to come today, the spokesman explained.

(Original story: Aug. 2 @ 5:30 am): A number of flights have been cancelled at Kelowna International Airport as the White Rock Lake wildfire continues to grow.

Smoke from the fire has prompted a no-fly zone near the city, airport officials said.

Last night, all flights through YLW were cancelled. 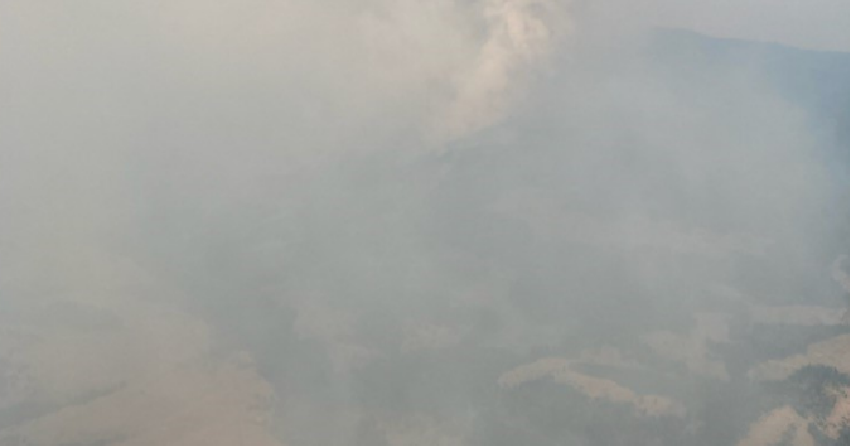 Things look better this morning, but several flights – to Edmonton, Calgary and Montreal – have been cancelled.

“The White Rock Lake fire boundary has moved east to Lake Okanagan with a no-fly zone up to 10,000 feet above sea level – this is affecting the instrument approaches into the Airport,” Phillip Elchitz, YLW’s senior operations manager, said last night.

“As with any adverse weather situations, travel[l]ers are reminded to check in with their airline for the most up to date flight information before coming to the airport.”

To keep an eye on the flight schedule, head here.