Kelowna Mounties had their hands full when they arrived at the scene of an early-morning, single-vehicle crash last week.

Officers arrived at the scene on East Kelowna Road shortly before 2 am on Sept. 23 and found the occupants of the vehicle “yelling and arguing,” while some walked off.

Once everyone associated with the vehicle was located, police noted that they appeared intoxicated, but fortunately uninjured. 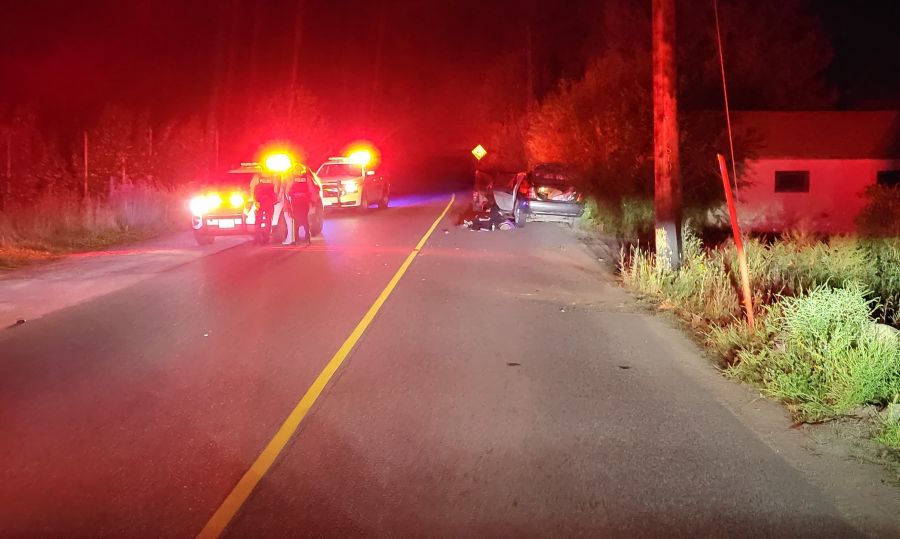 “The vehicle had been westbound on East Kelowna Road when it drifted right on a fairly straight portion of the roadway and clipped a telephone pole,” noted Cst. Mike Della-Paolera.

“The 2005 Ford Focus sustained significant damage to the passenger side and airbags were deployed.”

According to police, the registered owner of the vehicle was trying to tell officers that an unknown man had been driving her car and caused the collision.

An investigation discovered that the woman, who was exhibiting signs of intoxication, “was being deceitful” to the RCMP and was in fact the person behind the wheel when the car crashed.

The woman, who was just 19 years of age, failed a roadside breathalyzer and was issued a 90-day driving prohibition and her vehicle was impounded for 30 days.

Della-Paolera added: “It is very fortunate no one was injured in this incident and is an example of the hazards of driving while intoxicated.”