A kilometer into our snowmobile tour, I'm a self-appointed expert.

I'm standing up on the sled to allow my whole body to absorb the shock of the undulating terrain and I'm leaning into and out of turns.

However, the fact is, I'm simply copying what guide Maxime Hudon is doing on his two-stroke Arctic Cat 10 metres ahead of me.

My wife, Kerry, and I are having a blast on this Outback Snowmobile Tours' expedition for beginners at Big White Ski Resort, 56 kilometres southeast of Kelowna. 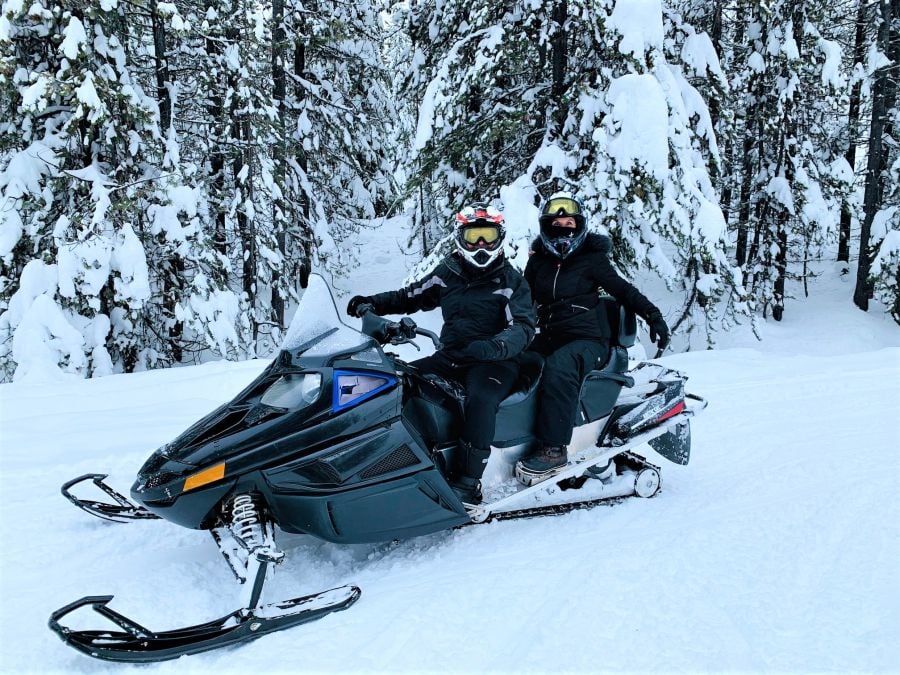 Generally, we're hikers or snowshoers, but sometimes you just want to go fast and burn gas.

That's where the one-hour, introductory snowmobile tour comes in.

It's an exhilarating zip along groomed trails through the pristine pine forest without the commitment of buying a snow machine and trailering it to the ideal high-elevation location.

We revel in the rush of gliding over the white stuff and admiring the scenery of snow-covered trees and surrounding mountain peaks.

At the half-way point, 10 kilometres in, we cut the engines at a viewpoint for the requisite photos and to soak in the surreal silence and the vistas.

"But we also have two-hour and four-hour tours for those who want to experience the backcountry even more." 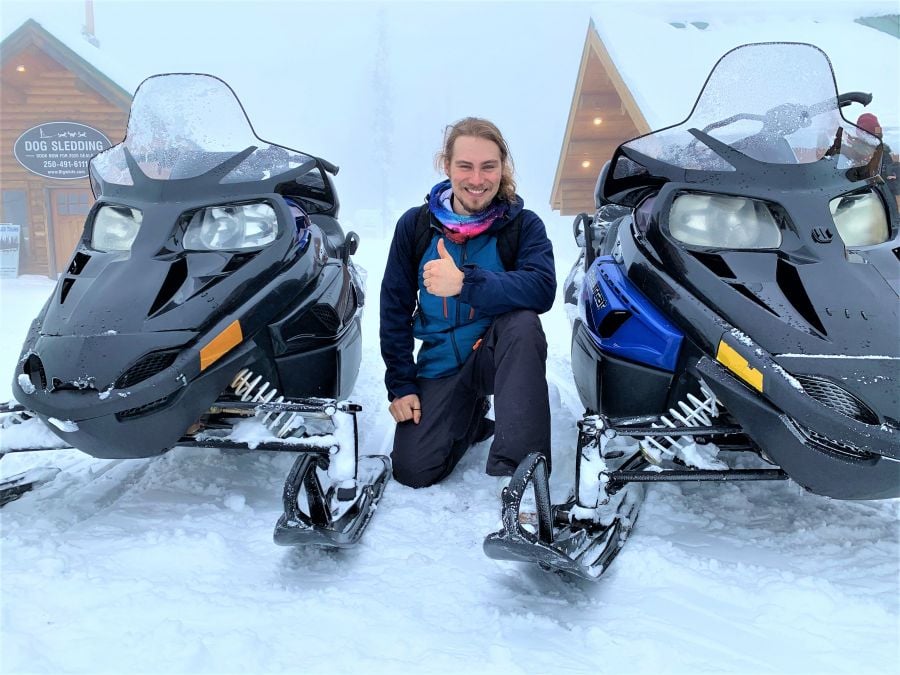 Maxime drove from Montreal in November to start his job at Outback with a passenger who paid him in Quebec maple syrup.

Outback also outfits you with a helmet and any cold-weather clothes and footwear you may need.

Big White is BC's third largest ski resort (behind Whistler Blackcomb and Sun Peaks near Kamloops) with 11-square-kilometres of skiable terrain serviced by 16 lifts and 119 runs.

However, it also has non-ski activities including the snowmobile tours, horse-drawn sleigh rides, dog sled tours and fat bike rentals.