Chiefs complete sweep of series against Osoyoos and goalie Paul

While opposing goaltender Daniel Paul again made the score look respectable, in the end, the Kelowna Chiefs closed out their complete domination of the host Coyotes on Saturday at the Osoyoos Sun Bowl.

After Paul had stopped all 29 shots he faced in the first two periods of the fourth game in their best-of-seven Kootenay International Junior Hockey League playoff series, the Chiefs finally got one by the West Kelowna product early in the third. They went on to a 4-1 victory to sweep the Okanagan Division semifinal. 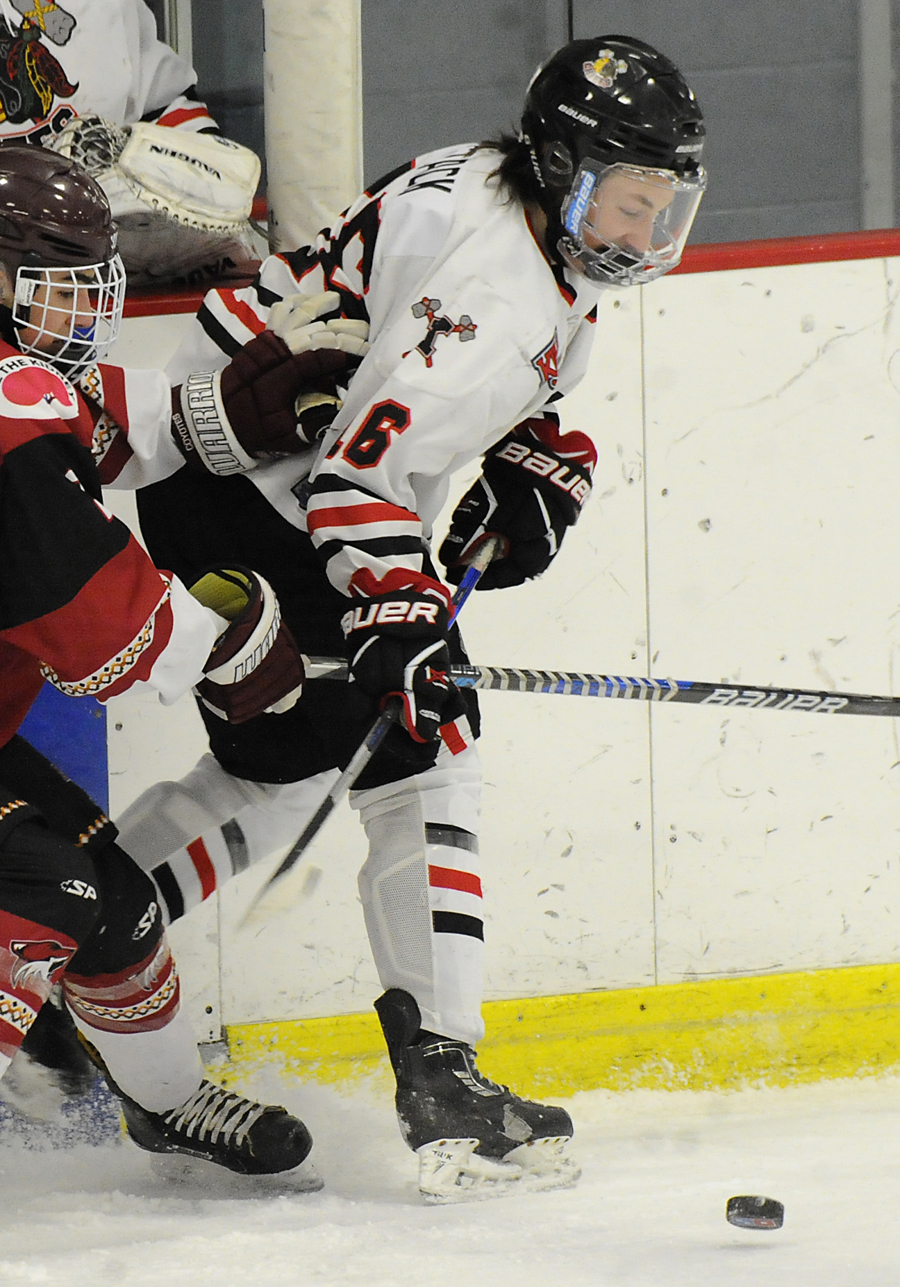 Chiefs’ defenceman, Mathew Alcorn, was the first to break the ice against the West Kelowna minor hockey product, who for the third time in the series was selected as the Coyotes' star of the game.

Ryan Stack scored what would stand up as the winning goal less than two minutes later and added an insurance marker against the 20-year-old Paul with 6:55 remaining in the game and the series. Alcorn also scored his second of the night into an empty net. 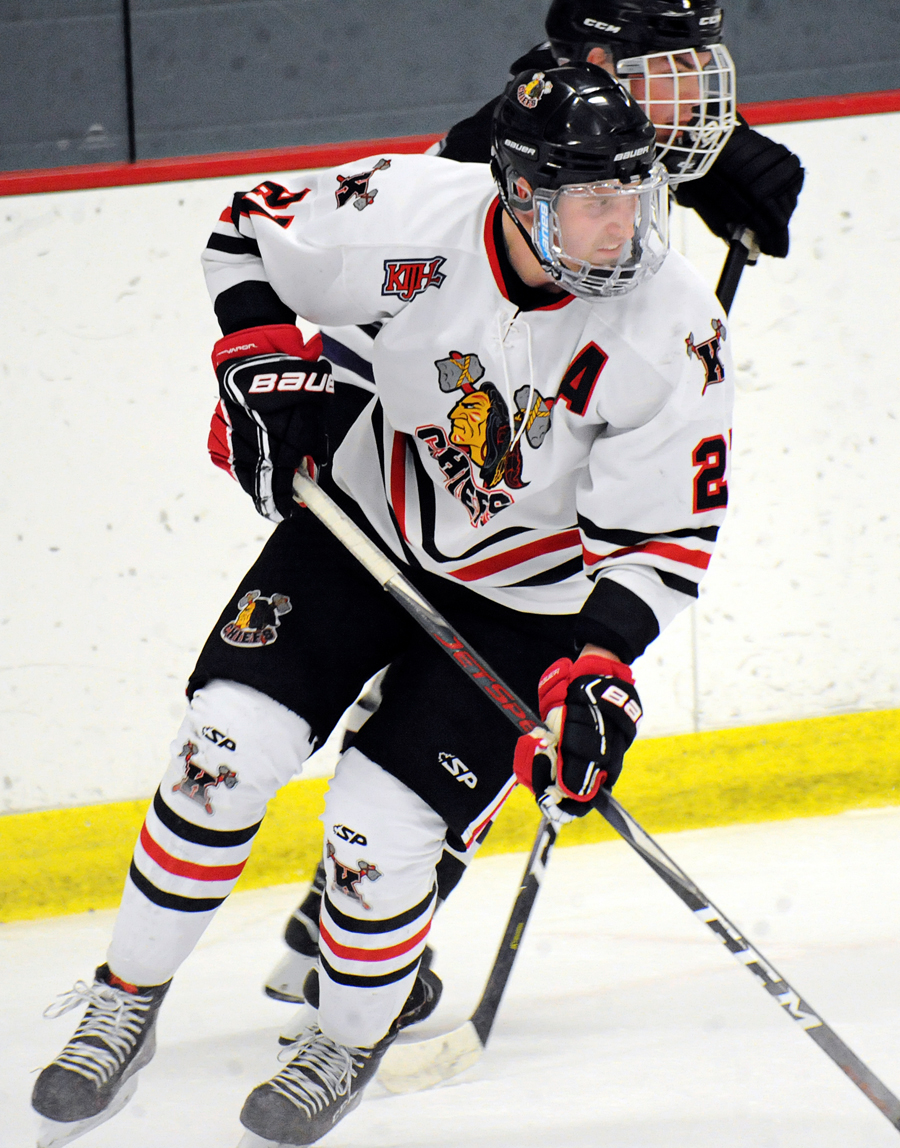 In all, the Chiefs fired 47 shots at Paul, who faced an average of 42 shots per game in the short series that included Kelowna wins of 10-1, 3-1 and 4-0. Braeden Mitchell earned the win in the Kelowna goal with a solid performance that saw him stop 29 of 30 Osoyoos shots.

The results were to be expected as the Chiefs, first overall in the KIJHL with 89 points, finished the regular season 52 points ahead of the Coyotes in the 49-game schedule. 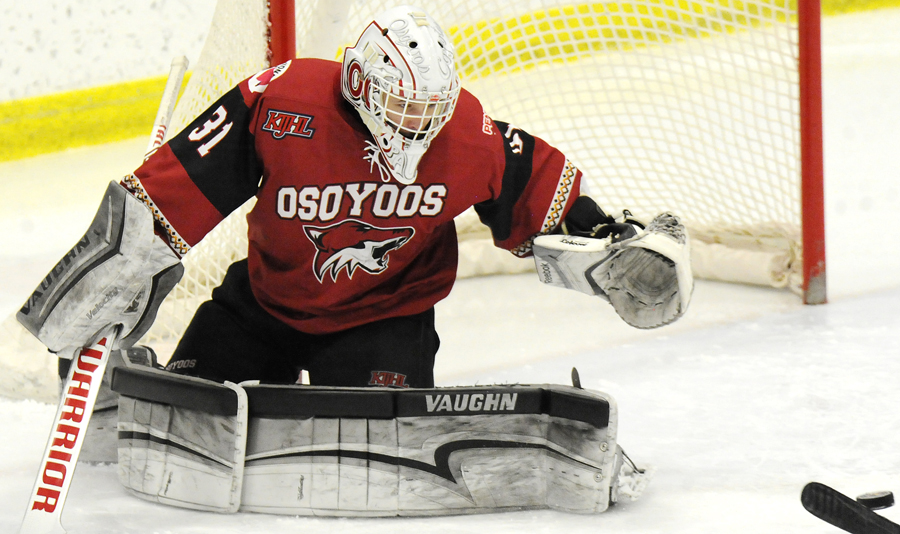 The win earned the Chiefs a berth in the Okanagan Division’s best-of-seven final series with either the second-place Summerland Steam or the third-place Princeton Posse. Their semifinal series stands at 3-1 in favour of the Steam, who downed the Posse 5-1 in Princeton on Saturday. The fifth game of that series goes Monday while the sixth and seventh games, if necessary, are scheduled for Tuesday and Wednesday.

The Okanagan Division final series will begin on Friday at the Rutland Arena while the Okanagan/Shuswap Conference series will start March 19 and the KIJHL championship series March 29.

The league champion will represent the KIJHL at the four-team Cyclone Taylor Cup tournament in Campbell River April 11-14.