Emotional night as Chiefs win one for Grant Sheridan 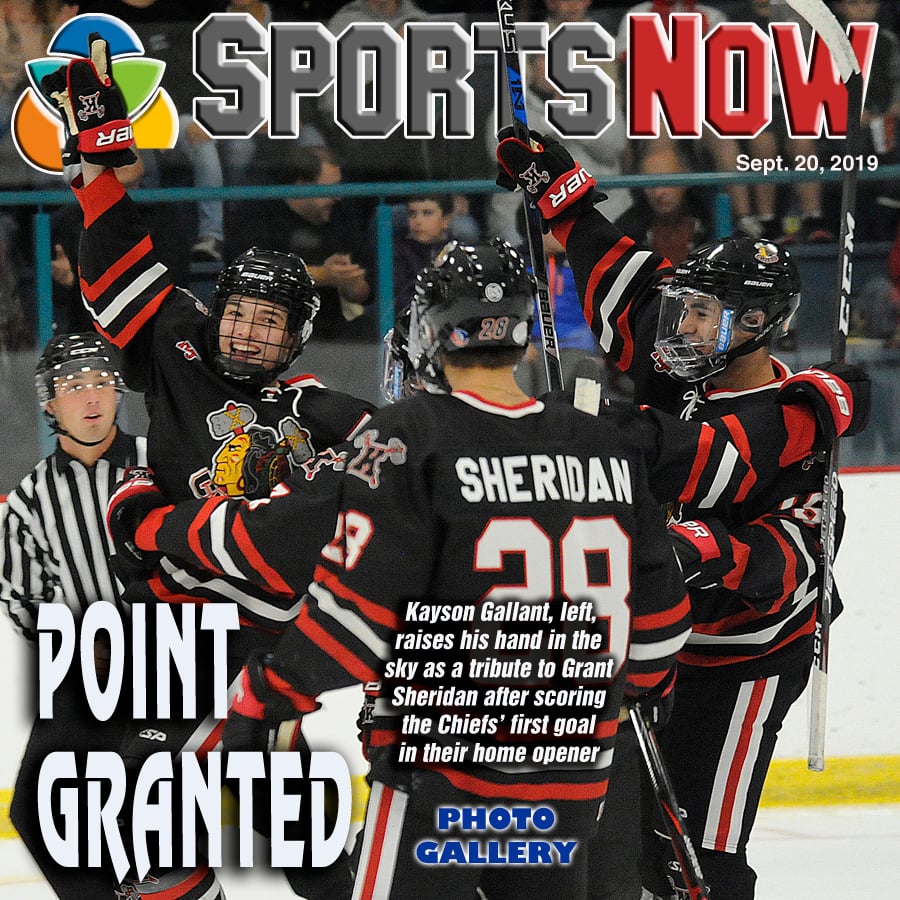 Kayson Gallant wishes he would have gotten to know Grant Sheridan better during his first season with the Kelowna Chiefs, but still, he has no doubt about how his former president and general manager would feel about the team’s emotional home opener on Friday.

“Grant would have loved it. He wouldn’t have wanted it any other way,” said Gallant after completing his hat trick with the winning goal 59 seconds into double overtime for a 5-4 Kootenay International Junior Hockey League win over the Chase Heat in front of a record crowd of 997 fans at the Rutland Arena. 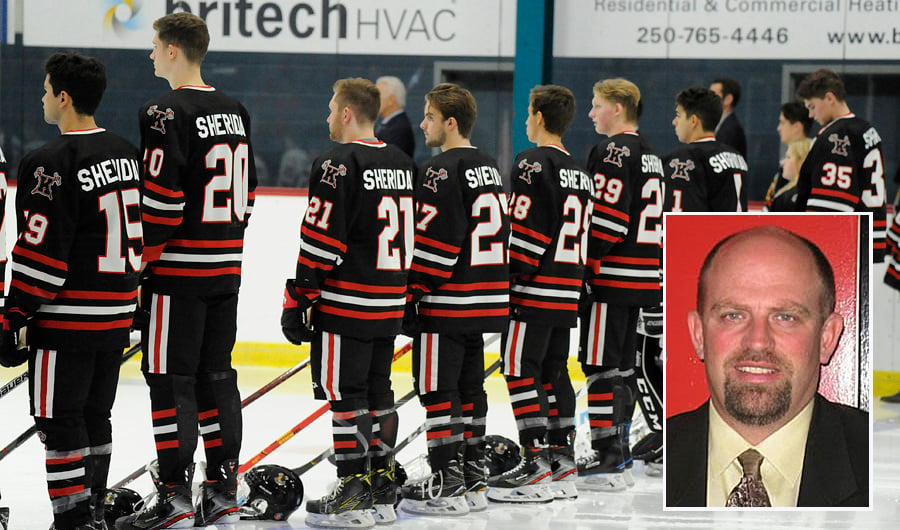 “It was just the way he liked it . . . fast, competitive and entertaining.”

On a night that included a special pre-game tribute to Sheridan, who died July 28 after a battle with bacterial meningitis, Gallant remembered fondly his first contact with the man whose name was on the back of all the Chiefs’ jerseys last night.

“He did a huge thing for me at my first spring camp last year,” Gallant recalled following the Chiefs’ third straight win to start the 2019-20 season. “I was really nervous about signing. It was all new to me but Grant took me aside and told to take some time and go back home (to Red Deer) to talk with my family about it. It was great that he gave me the opportunity to reset and make a decision I was comfortable with.” 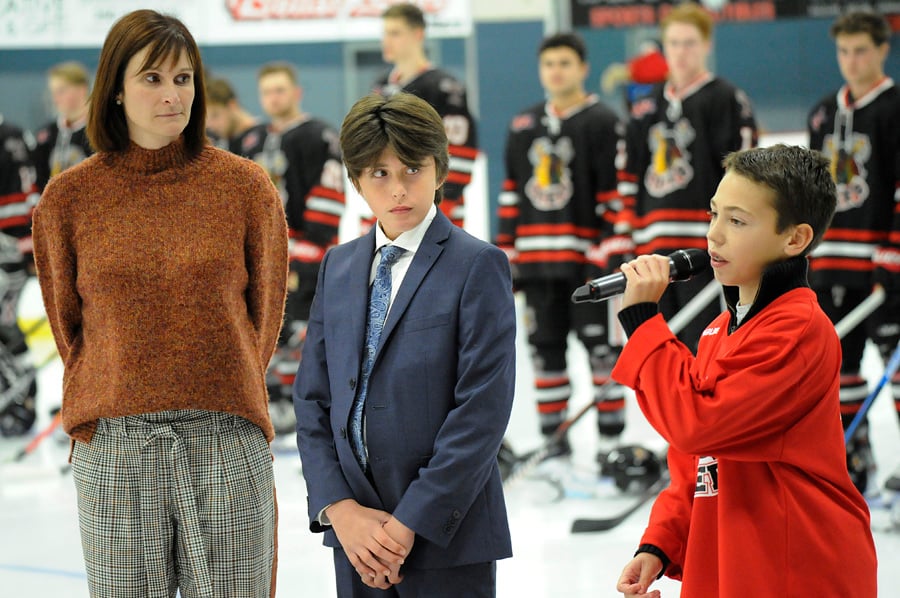 Gallant, who went on to score 15 goals and add 18 assists in his rookie season and leads this year’s team with five goals in three games, said his first goal four minutes into the game was the most emotional he’s ever scored.

“That one was definitely for Grant,” said Gallant, who pointed a finger to the rafters after scoring off a nifty back pass from linemate Porter Dawson. “It was a special moment and it was great to be able to share it with my teammates and the big crowd.”

Gallant and Dawson combined to set up linemate Zane Avery for another power play goal two minutes later but the Heat’s Corson Nordick got the visitors to within one at 13:08 of the opening frame. 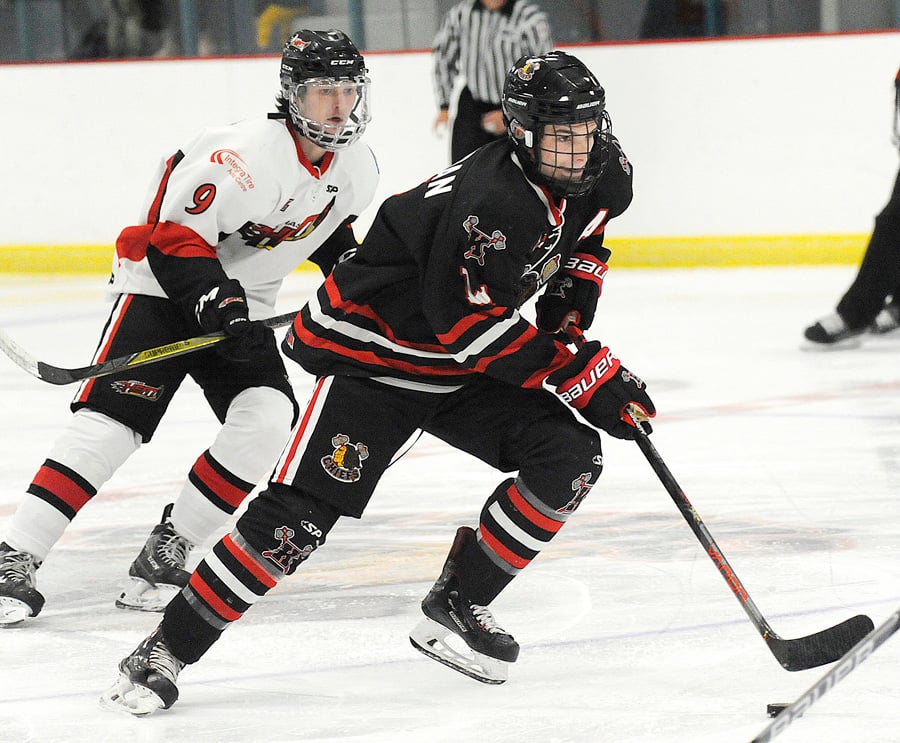 Brandon Gremaude pulled Chase into a tie seven minutes into the second period, before Chiefs captain, Myles Mattila, restored the lead. It was 3-3 after 40 minutes on a goal by Evan Hughes of the Heat.

Gallant’s second goal of the night was set up by Carter Wiebe and Dawson. He fired a hard shot at Dylan Barton and put away his own rebound. Hughes’ second goal with 2:24 remaining in regulation sent the game into a five-minute, 4-on-4 first overtime period.

It wasn’t until the second 3-on-3 OT that Dawson found Gallant again with a back pass to an open space. Gallant did the rest sweeping in front of the crease and sliding the puck past Barton. 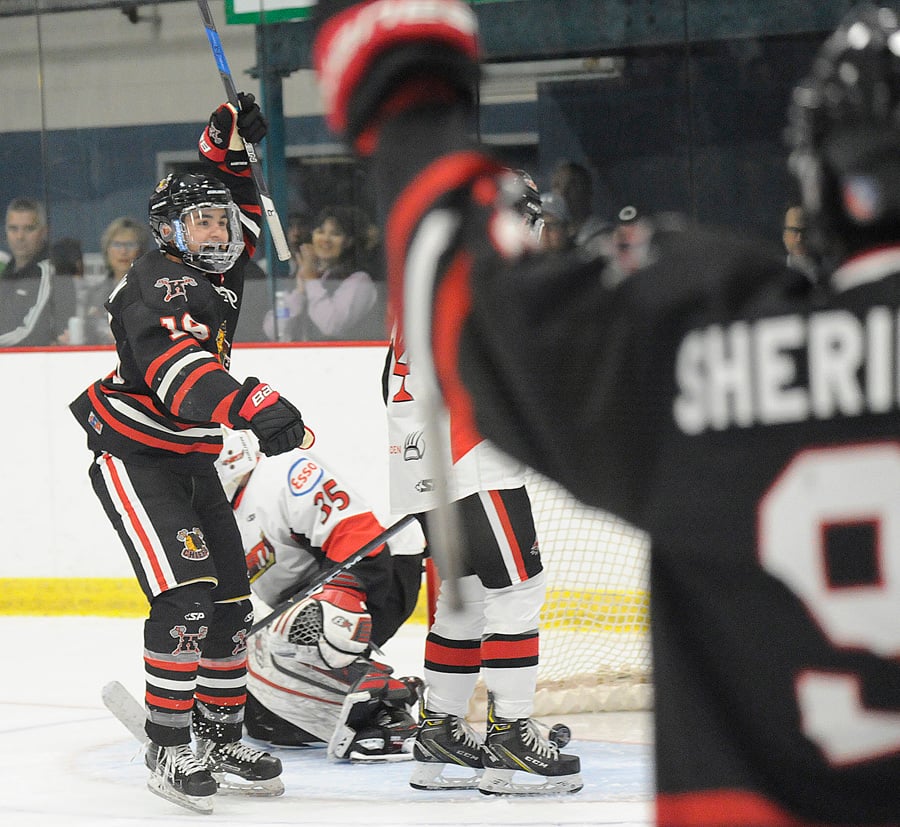 Not only did the Chiefs dedicate the home opener to Sheridan, but the entire season.

“He gave everything to this team and he had an incredible impact on everyone connected with the Chiefs,” said Gallant. “And his life and the memory of him have brought us all together into a tightly-knit group. We all want to lay it all on the line for Grant and each other.”

In Double Overtime, @kaysongallant9 seals the deal with his third goal of the game. Assists to @N_Christensen and @porterdaws. Chiefs win! pic.twitter.com/TaUt9yRP4l 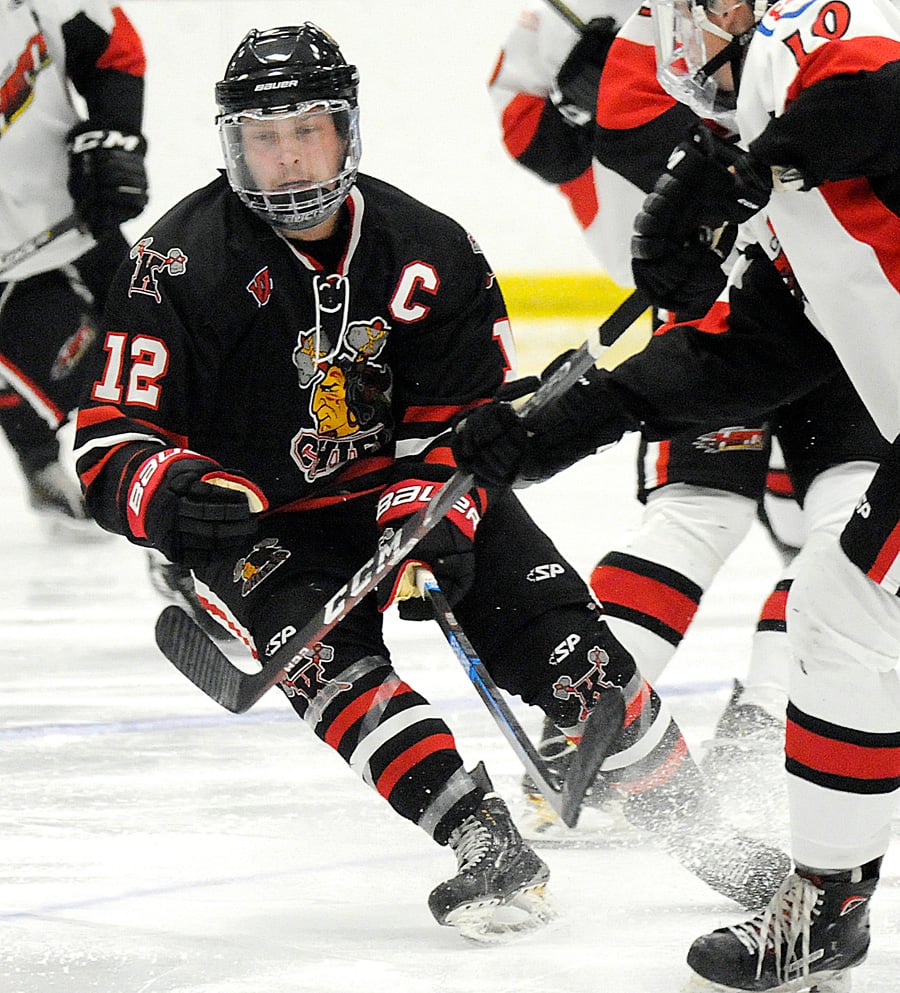 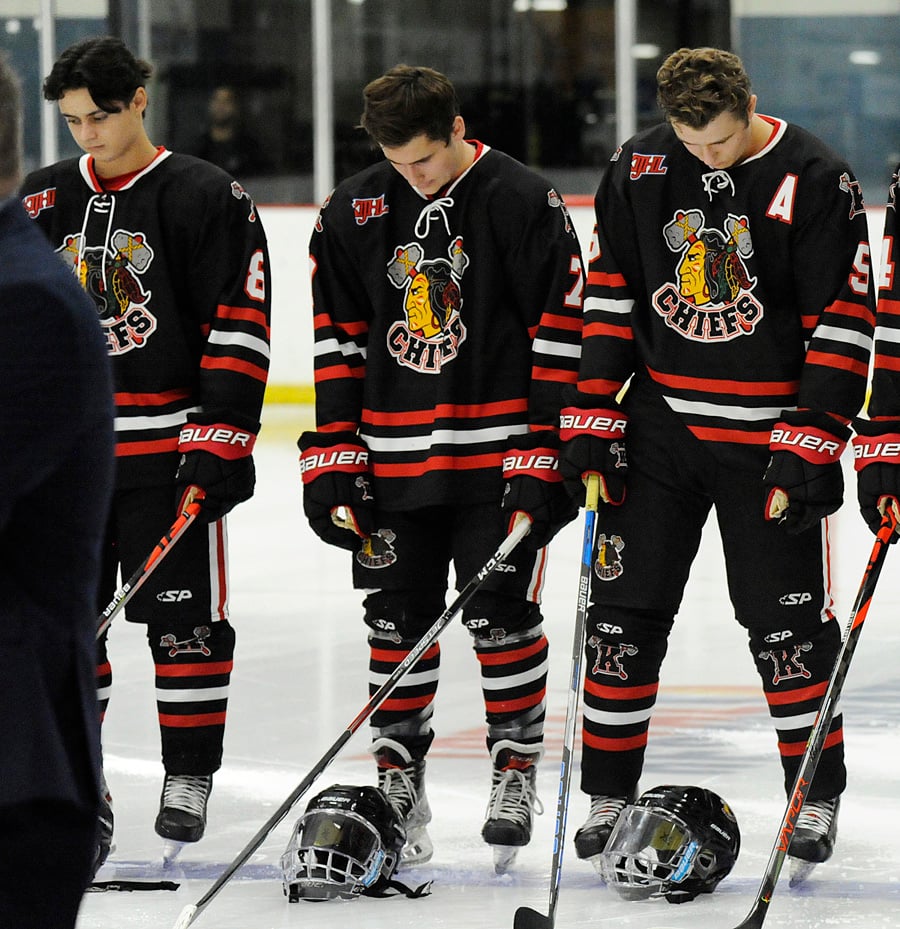