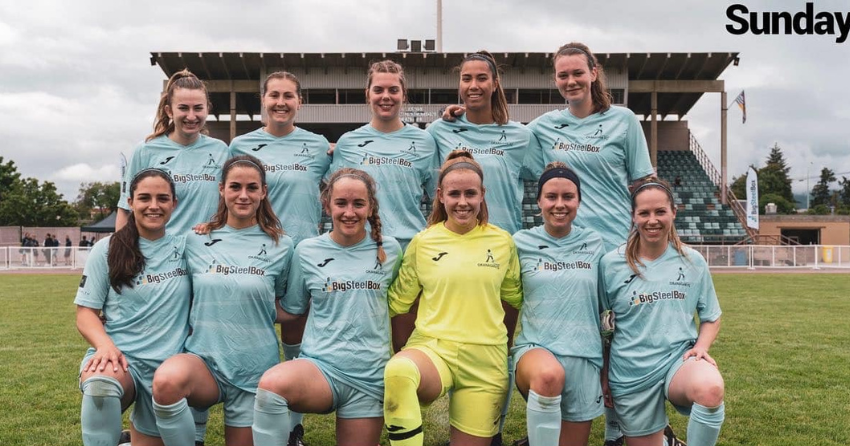 Last weekend, it was another dominant performance for the Okanagan FC men’s and women’s clubs.

Both teams had home matches at the Apple Bowl.

In the first game of the weekend, the men faced off against the Tigers from Vancouver, who are the current PCSL champions.

It was the largest and noisiest crowd of the season, and after a good start from Okanagan, the visitors would get on the board first, off of the foot of Mitch Wright, who has scored eight goals in six league matches.

However, Kai Hatley-Wayland swiftly latched onto a through pass from Charlie Purcell in the 20th minute and buried the ball into the corner of the net to tie the game up.

The home team would ride the momentum of the crowd and continued to press. Just three minutes later, it was Matthew Reese finding the back of the net to put Okanagan up by one.

However, at the tail-end of the half, Wright would score again to knot the game up going into the break.

The Tigers came out of halftime firing on all cylinders and grabbed the lead in the 57th minute.

Then, it was Okanagan's Robin Whittaker chipping a pass to his midfield partner Purcell who drilled the ball into the bottom corner to bring the game level again!

In the 76th minute, it looked like Okanagan had their moment, as Purcell was taken down near the box. The ref shot up with a red card for the tackle, but eventually changed it to a yellow after some discussion with his assistants. Minutes later, Purcell would be taken down again, this time in the box which resulted in a penalty kick.

Matthew Reese made no mistake, and put the home team up one with ten minutes left.

After a tenuous final ten, Okanagan would come out on top with the 4-3 victory. Reese ended his eventful afternoon with a red card of his own after receiving a second yellow.

In game two onSunday, Okanagan set out to do battle against Rivers FC2 from Kamloops.

Both teams seemed fatigued from the jump, yet Sam McDonald (starting in place of the suspended Reese) scored his first of the season, off of a cross from Whittaker.

As the rain continued to pour, play seemed stalled for both sides. Okanagan would eventually hang onto their one goal advantage, as the game finished 1-0.

Next up on Sunday was the women's home-opener, against Port Moody SC.

The ladies had good early pressure, but were unable to break through until the end of the first half, as Annika Gross tapped home a rebound.

The floodgates opened after the whistle to start the second half, with striker Jamie Ingrassia pouncing on a rebound to put the hosts up 2-0.

Later, in a brilliant stroke of skill, Ingrassia controlled the ball in the box with her back to goal, then audaciously back-heeled the ball through the goalkeepers legs to put Okanagan up by three.

Ingrassia would complete the hat-trick and perfect half with a third goal, off of a clean header at the end of the match.

With the 4-0 final score, Okanagan maintains their unbeaten status heading into the weekend.

"What a phenomenal weekend of soccer, absolutely buzzing for the next one," said head coach Andrew Stevenson. "Hopefully the fans enjoyed what they saw and will come out and support us in our crucial next weekend, where the men fight to keep top spot against an international opponent and the women can claim the league title!" 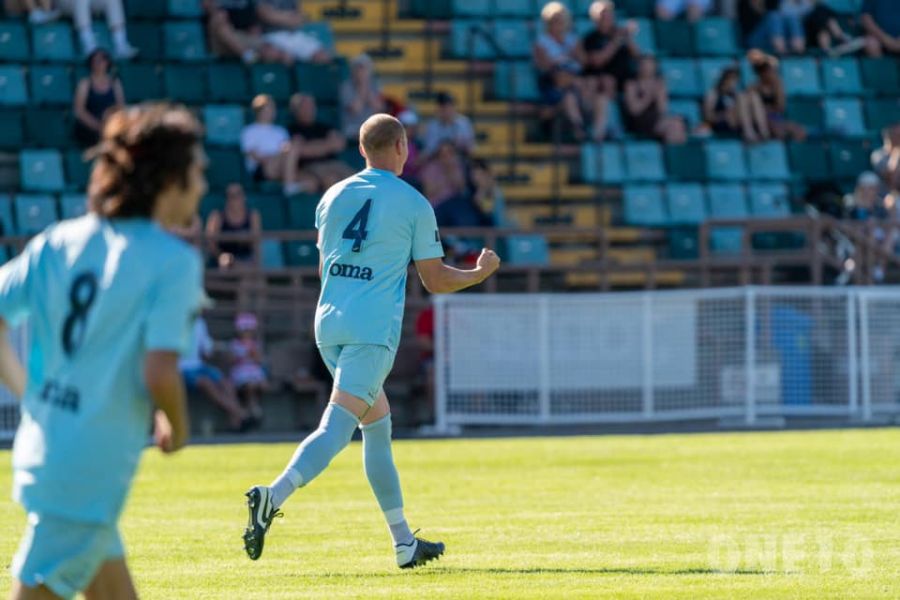 This Saturday, June 25, the women have a massive first vs. second match against Venus FC. Both Venus (Vancouver) and Okanagan are undefeated, so this game will go a long way to deciding the season champion.

After the women's match, the men will face off against an international opponent, Phytogen Koinonia. The team is made up entirely of South Korean's, who are based in Coquitlam for this season.

Finally, on Sunday, the women will end their campaign against FC Tigers Vancouver, who they defeated 4-0 in their previous meeting.