Already in uncharted territory, the 2018 edition of the Kelowna Secondary School Owls’ junior varsity football team will have history and the game-time conditions on their side Saturday at BC Place in Vancouver.

For the first time in the B.C. high school football annals, a Central Okanagan team will play for a provincial championship when the Owls meet the Belmont Bulldogs of Victoria in the Subway Bowl title game beginning at 1:30 p.m.

A stunning 41-0 semifinal win over the Lord Tweedsmuir Panthers of Surrey on Thursday earned the Owls their berth in the provincial final and the opportunity — for several players — to add to their impressive resume of B.C. pennants. 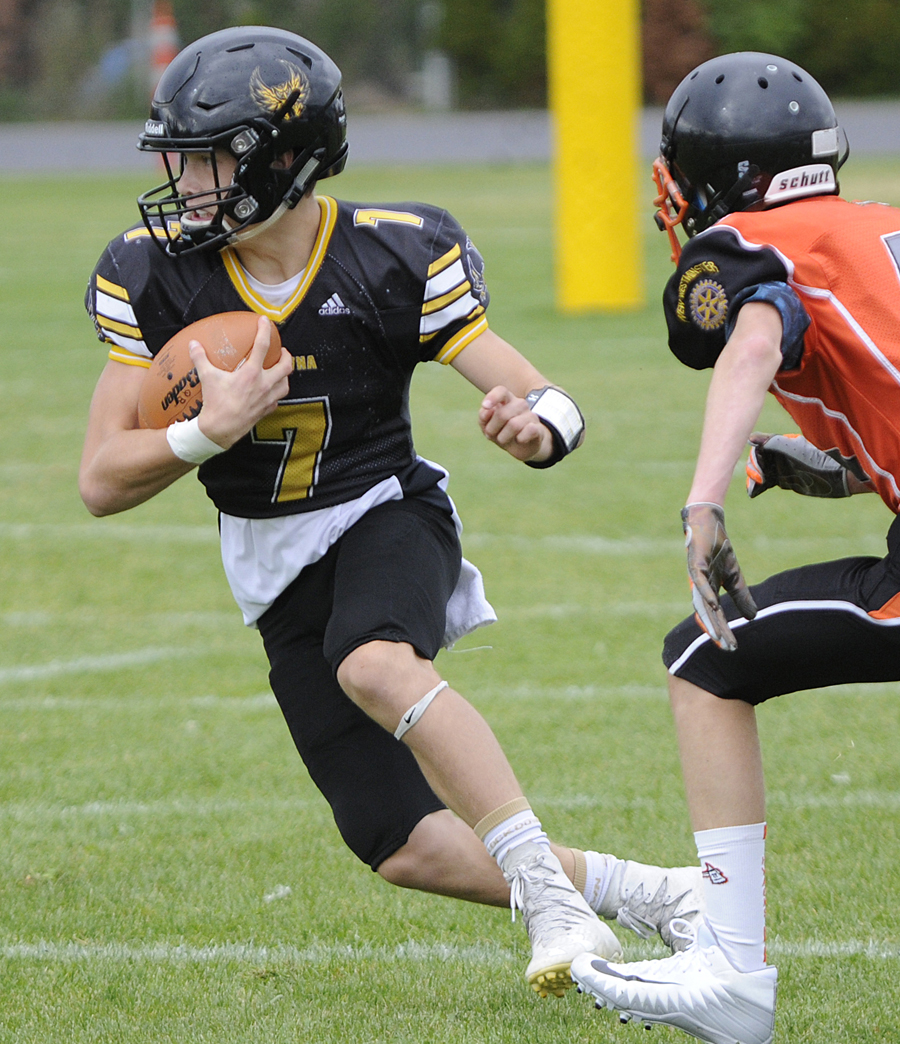 The core of the Grade 9-10 KSS team garnered a provincial title as atom-division players in the Kelowna Minor Football Association and added B.C. crowns at both the peewee and junior bantam levels while representing the KMFA and the Southern Interior Football Conference.

Several of the players were also members of Kelowna teams to capture back-to-back U16 provincial flag football titles and add a national flag championship in Regina this past summer. 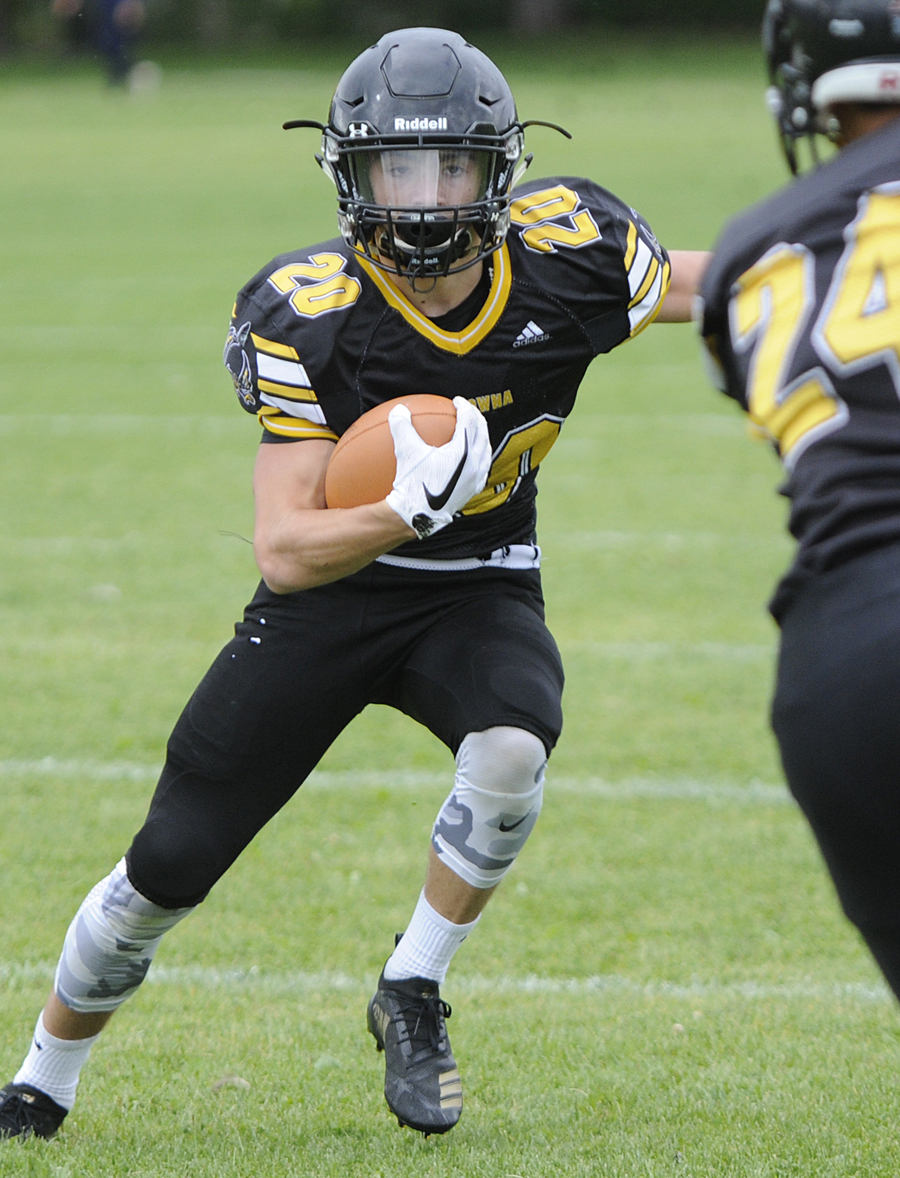 But despite the many accomplishments, Owls’ head coach Kendall Gross will be reminding his impressive contingent of young multi-talented athletes how fleeting success can be.

“The time for high school football goes by so quickly — and while it’s amazing what this group has accomplished to far — it could also be the last time they get a chance to play for a provincial championship,” points out Kendall, who has been the leading mentor of a good portion of the players since they began playing football as 8- and 9-year-olds. “So — as we said prior to the game against Tweedsmuir — we’ll be challenging all of them to leave everything on the field and make the best of a very unique situation” 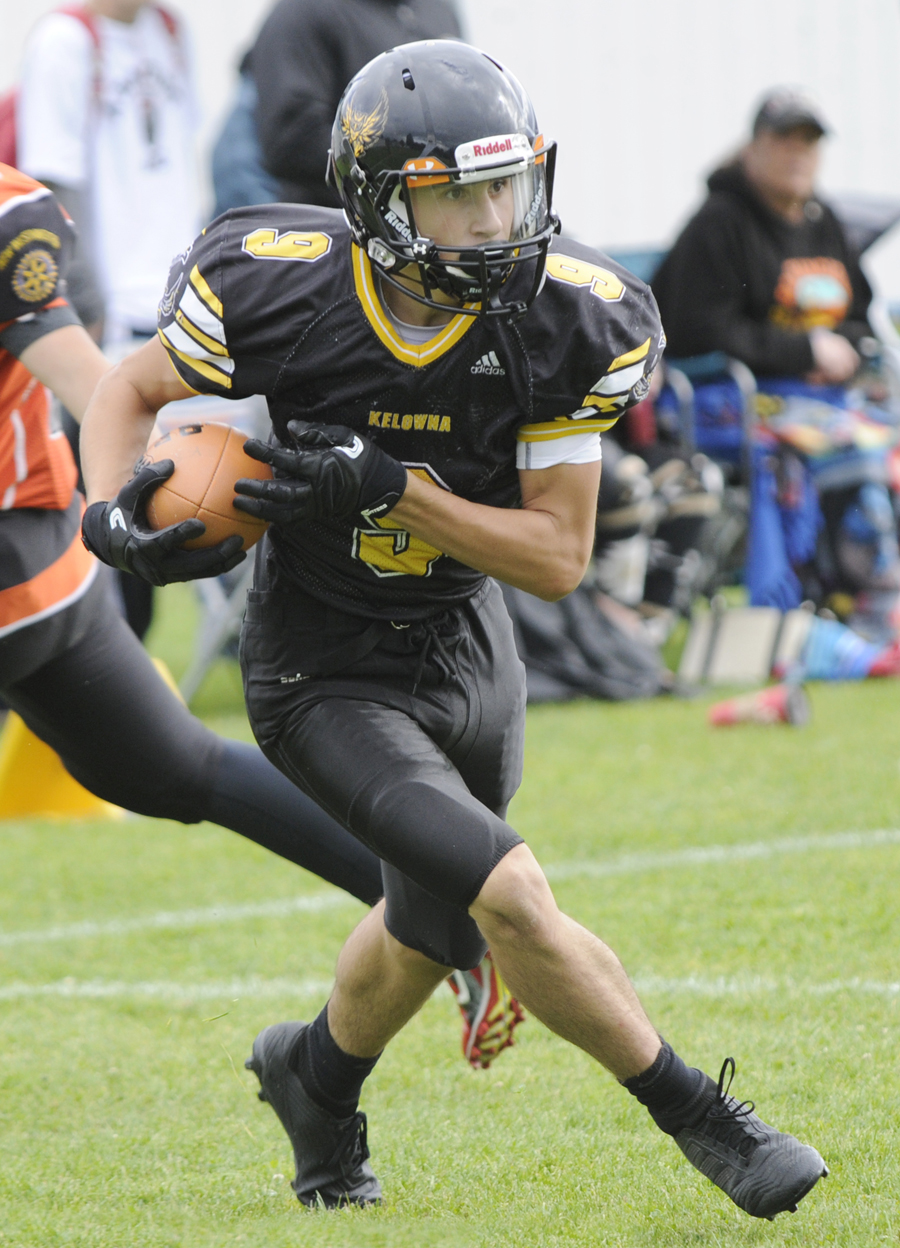 Runaway winners of the junior Interior Division with a 7-0 record that saw them outscore the opposition 323-18, the Owls still had to play a wild-card game against previously undefeated St. Thomas More Knights of Burnaby just to get into the quarter-finals.

After disposing of Knights 55-14, KSS went on to outscore the storied Notre Dame Jugglers of Vancouver 27-12 on another rainy day Burnaby for the right to meet Lord Tweedsmuir, a team they had lost to (33-14) in their first exhibition game of the season. 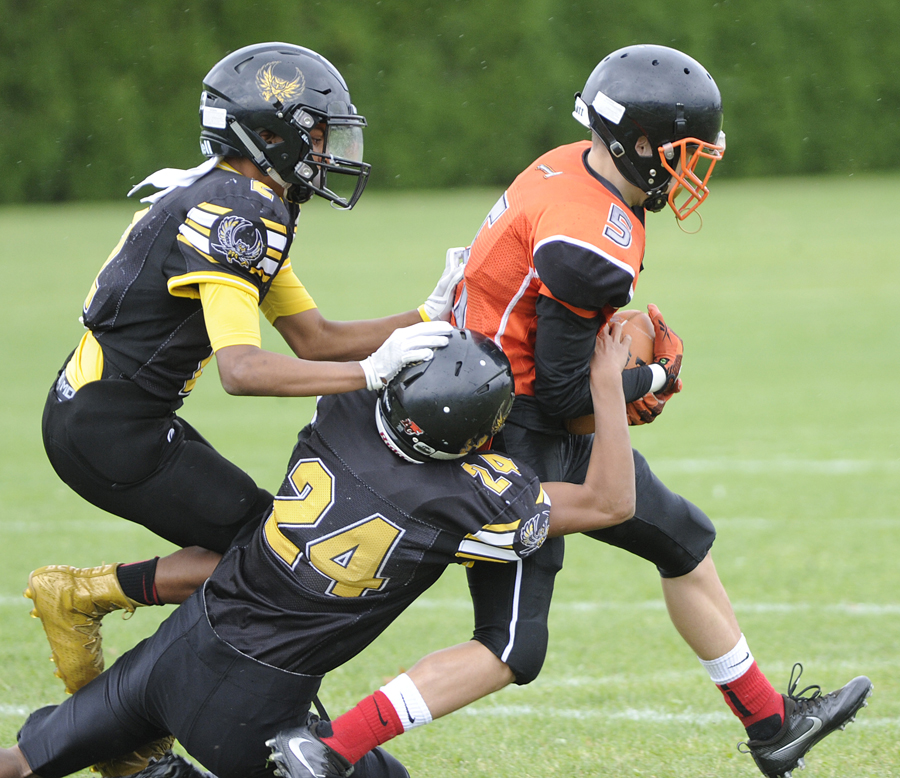 “Actually, that game early in September turned out to be a real positive factor for us,” pointed out coach Gross. “They (Tweedsmuir) are a very good team with very good coaching, but maybe in the back of their minds there might have been some overconfidence going into the semifinal. You could see they were definitely surprised that we struck early and had a 20-0 lead by the half. They really had no answer the rest of the way.”

Nate Beauchemin, part of the core of players who have won provincial community football titles, led the Owls offensively and defensively against Tweedsmuir. The Grade 10 quarterback rushed for a touchdown, passed to Aidan Vint for another, and on defence, forced a fumble on a punt attempt near the end of the half that was picked up by Kasian Kayfish to give KSS their 20-point lead. 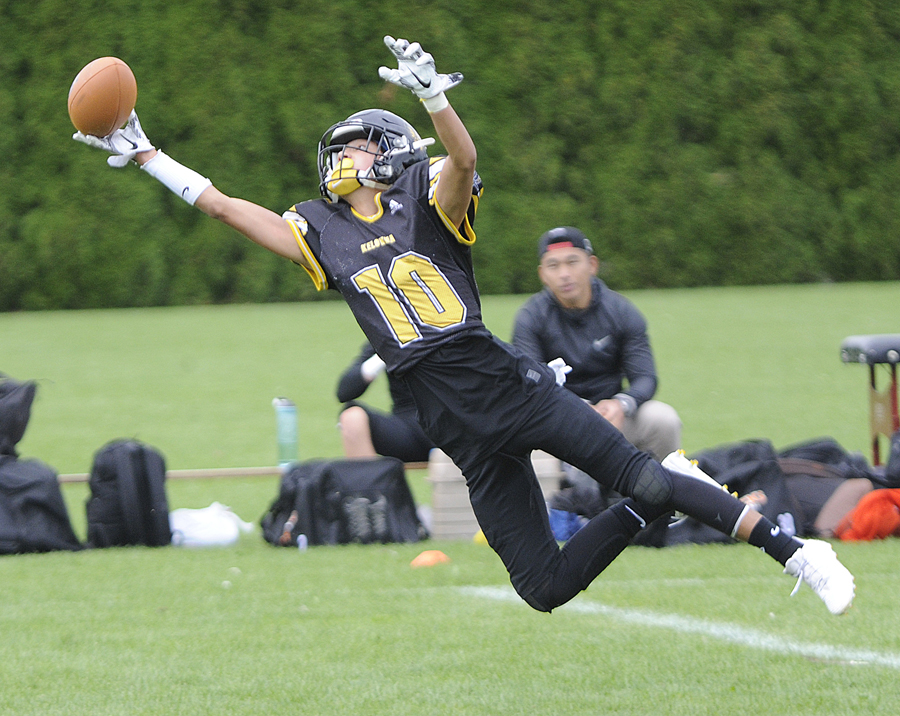 When Caeleb Schlacter ran back the kickoff for a touchdown to start the second half, the victory was never in doubt.

Noah Gross, another member of all the previous provincial wins, contributed a pair of TDs along the ground.

The games against Tweedsmuir and Notre Dame were both played in the rain, and despite being contested on artificial turf, the conditions weren’t conducive to the Owls being able to play to their strengths. 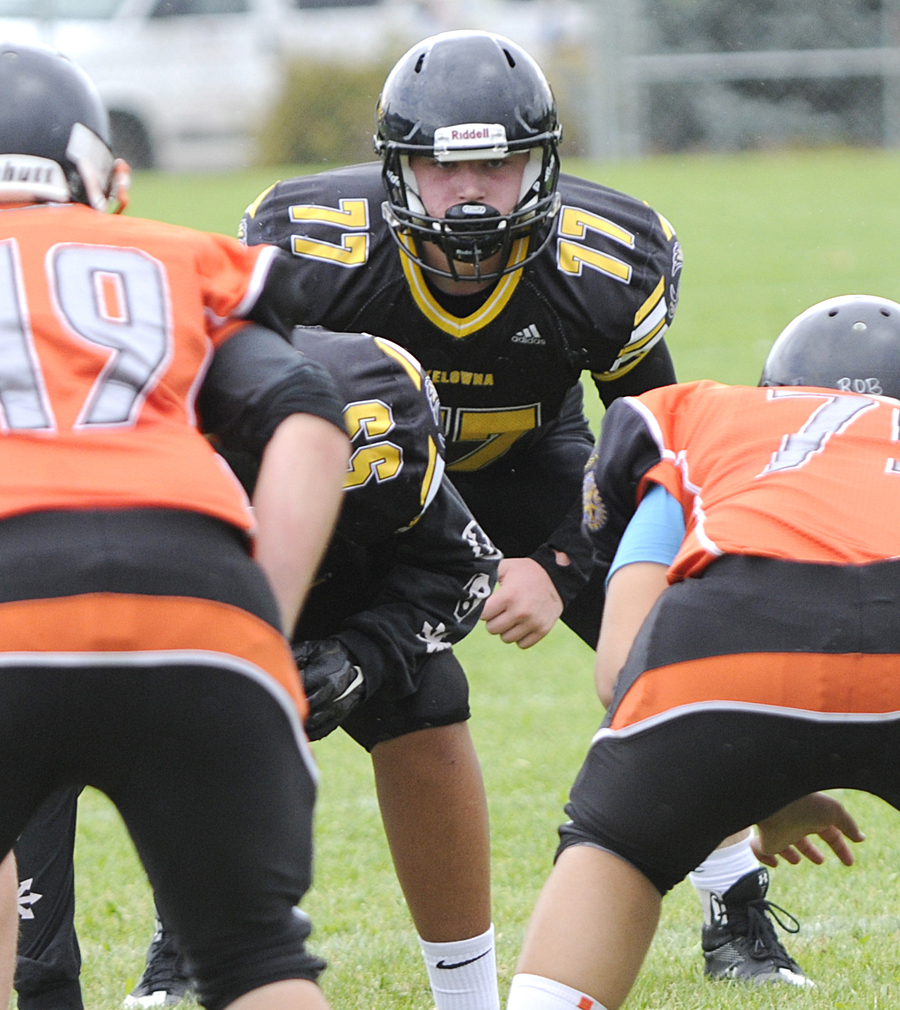 “We’re a fast team and we like to throw the ball, so the weather definitely took away from the better parts of our game,” said coach Gross. “Being able to play at BC Place on Saturday with weather not being a factor should help us.”

On the flip side, the Belmont Bulldogs also boast a varied offence with the makeup of the undefeated team being similar to the Owls. In fact five players on the team were teammates of five KSS players when the U16 Team BC squad won a Western Challenge championship in Edmonton in the summer. 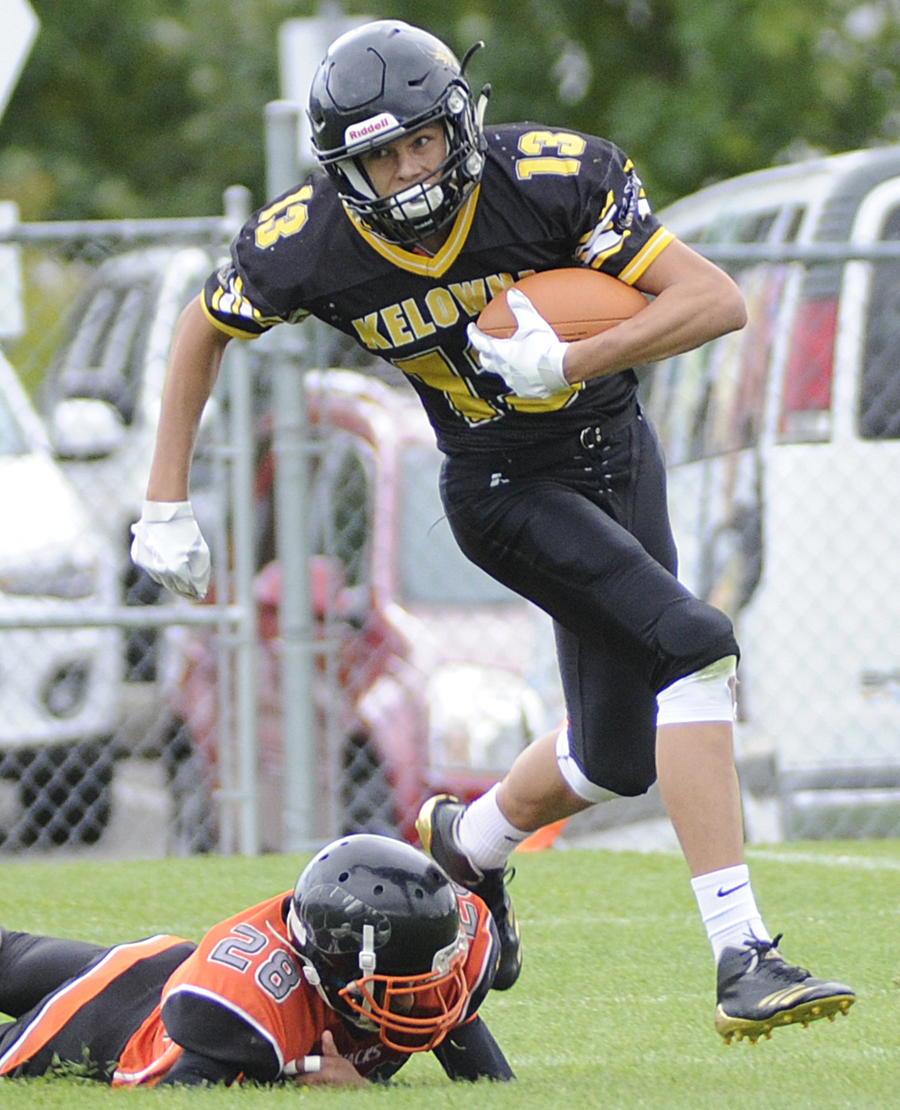 Gross said he expects a wide-open affair on Saturday, one that will be “a lot of fun to watch.”

“It will all come down to execution,” he said. “Our offensive and defensive co-ordinators have done an amazing job putting together game plans and having the players prepared for this opportunity. Now it’s a matter of implementation.” 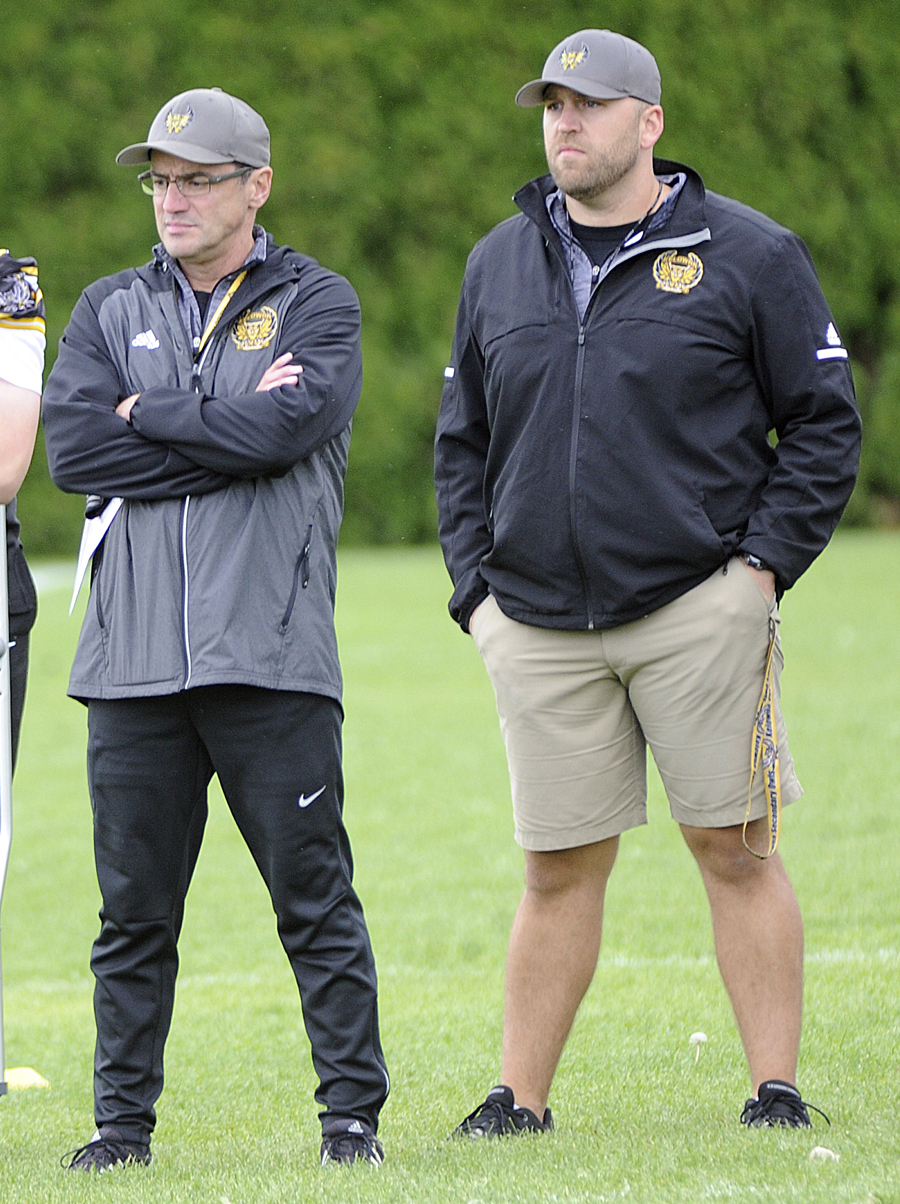 EXTRA POINTS: Coach Gross says his team has “absolutely bought into the T.O.U.G.H. philosophy of the KSS football program instituted by senior coach Chris Cartwright . . . Team - Everything you do is for the team. Ownership - You take ownership in everything you do. On and off the field. Universal - You strive to be a universal person who tries different things. Growth - You commit to show growth in your development. Heart - You give heart to what you commit to and have pride in it . . . “Since spring camp, the players have had the confidence in themselves while being very coachable and just super young men,” said Gross . . . Meanwhile, Cartwright added “the junior varsity story is about a great group of young players who have bought into the process and system the coaches have put together . . . They are outstanding young men who are always working and learning to be great student-athletes. The future looks bright and we’re all very excited for Saturday and the years to follow.” 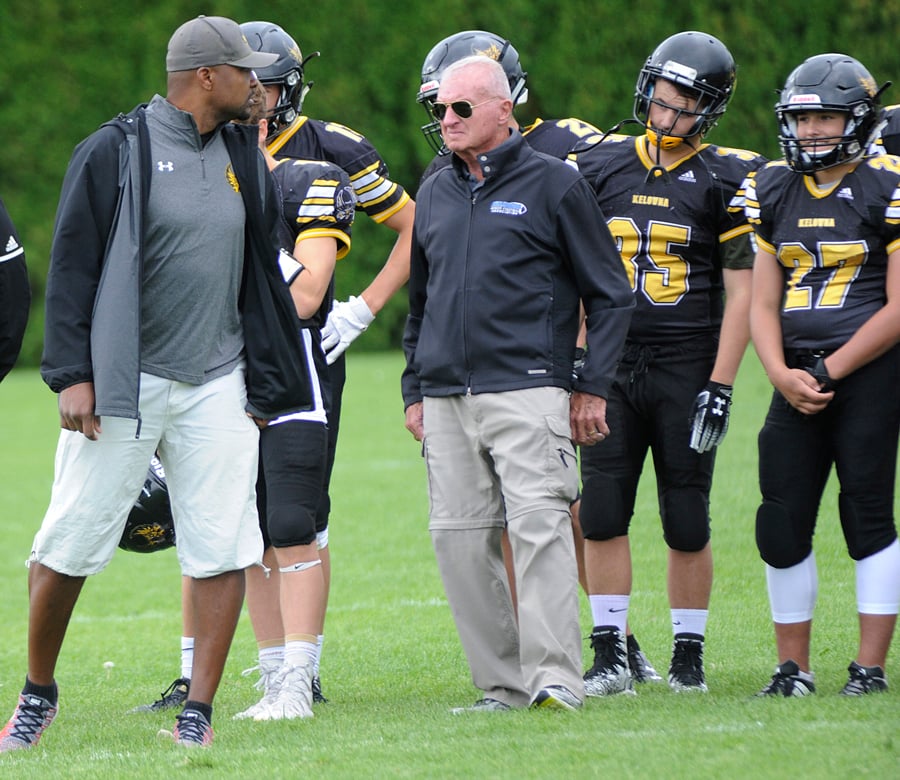