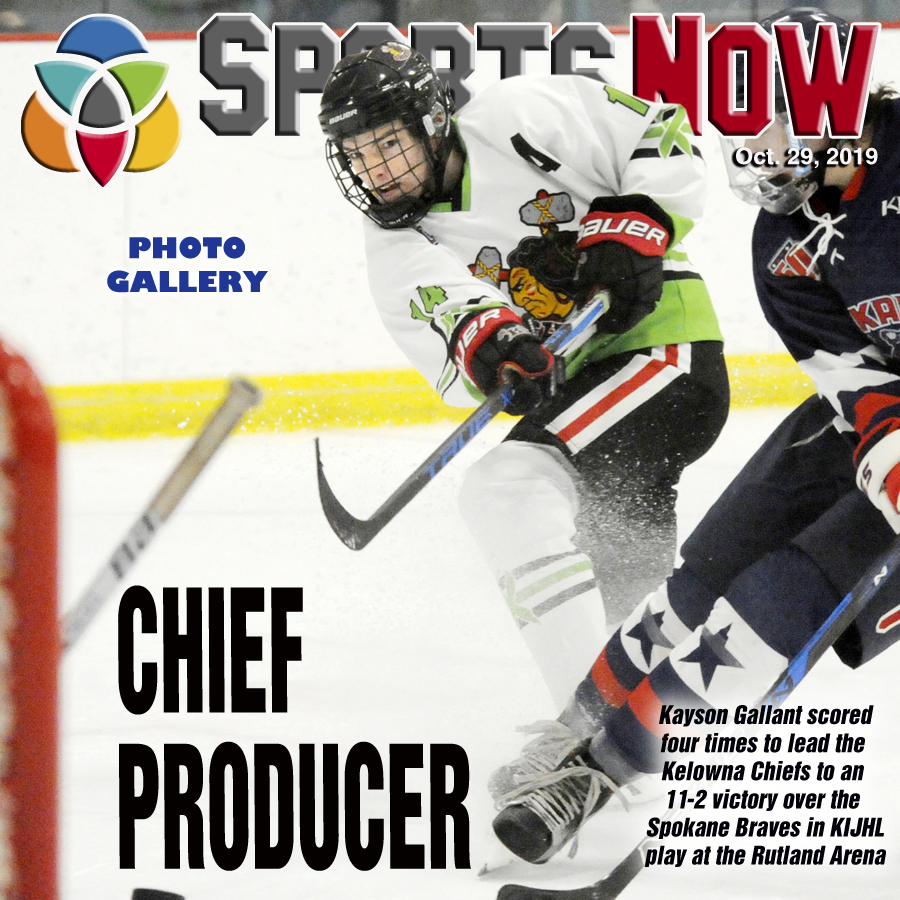 Literally all over the map during the spring and summer, the Kelowna Chiefs all appear to be driving in the same direction early in the 2019-20 Kootenay International Junior Hockey League season.

The Chiefs, cruising along with eight wins in their first nine games going into the past weekend’s schedule, shifted into high gear on home ice by defeating the visiting Sicamous Eagles 5-1 and the Spokane Braves 11-2. 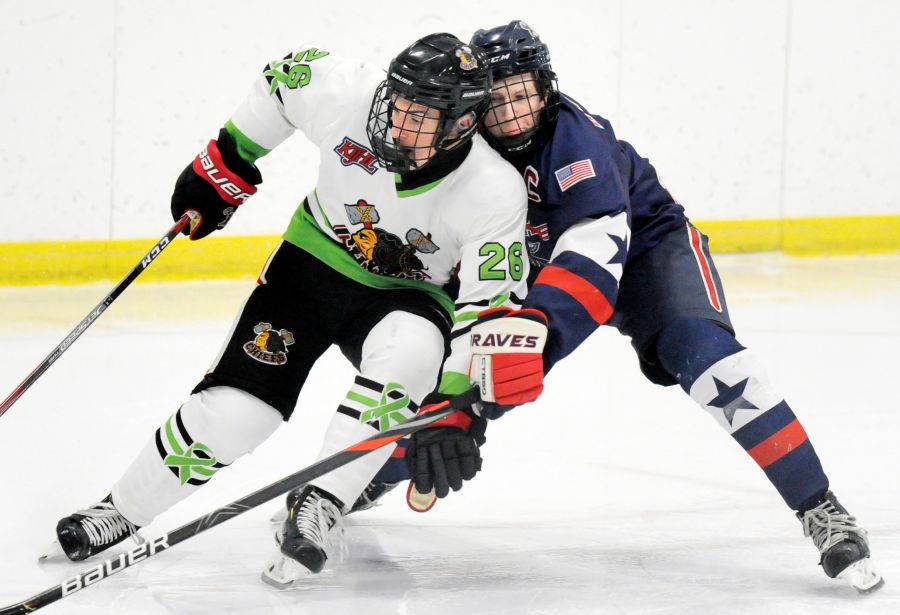 “Yes, it’s a bit surprising, but it’s been a really good start for us. Everybody seems to be buying in and pulling on the same rope,” said veteran coach Ken Law following his young team’s impressive performances at the Rutland Arena. “The guys are finding out it’s all about working hard and if they do, they’ll be rewarded.”

While the Chiefs displayed an imposing work ethic prior to the weekend, they combined that with speed and skill in the pair of victories that has them in first place in the Bill Ohlhausen Division with an 11-1 record and best win-loss percentage in the 20-team loop.

The scary part during this Halloween week is that Law believes the best is yet to come. 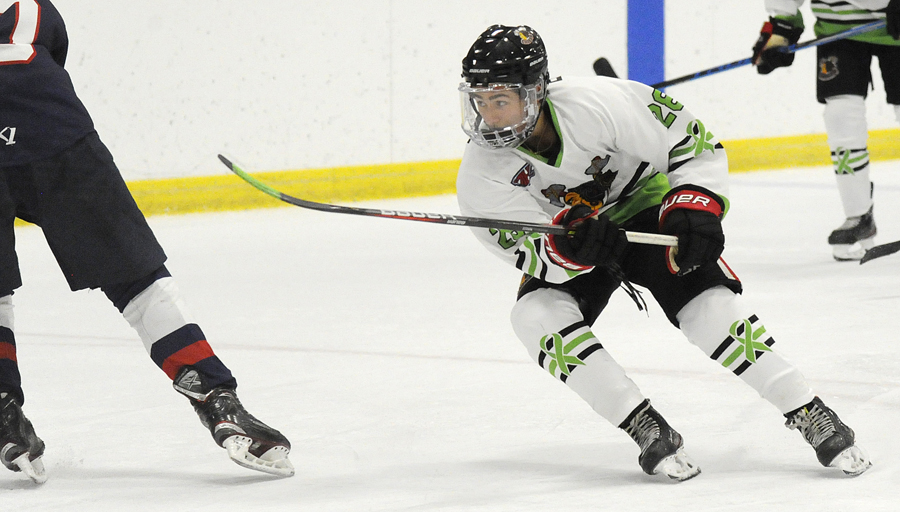 Their goal output in the two weekend games was almost half of what they produced in their previous nine combined.

“We were a little concerned with our ability to score, but we talked about being quicker to the puck and shooting it more, especially when we could catch goalies off their guard,” noted Law, whose team had managed more than 35 shots only three times. “It seemed to work well.” 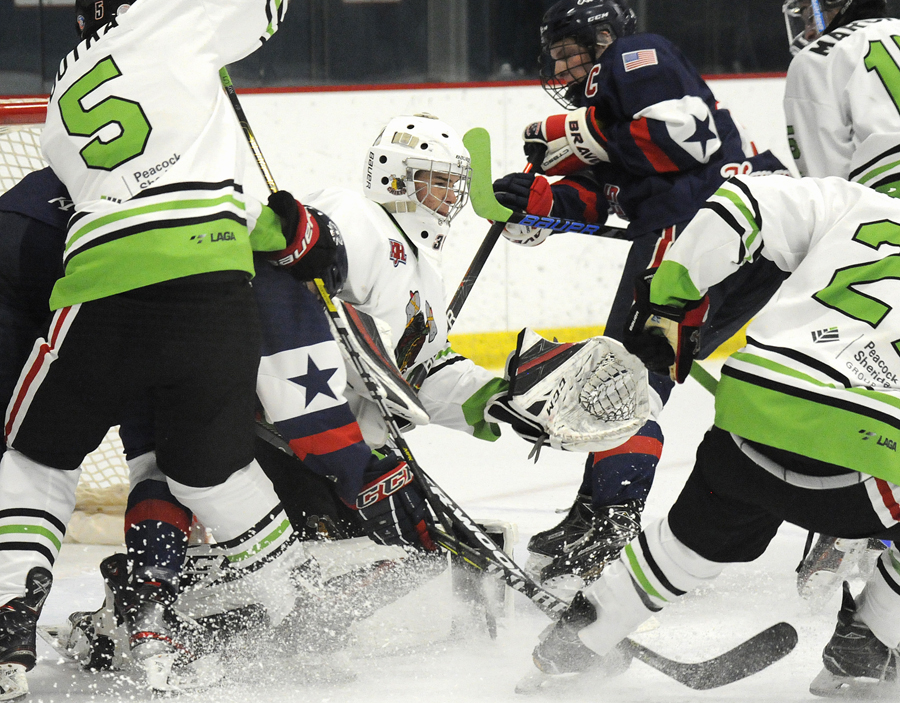 The Chiefs, held to a 2-2 draw in the first period of Saturday’s win over Spokane and leading 4-2 after two, exploded for seven unanswered goals in the third period against a Braves team that was coming off a five-hour bus ride on game day. The hosts outshot the visitors 47-26.

“We were coming on as the game went on and Spokane hit a wall,” said Law. “Once we got the guys refocused and moving their feet, especially with outside speed, they (the Braves) couldn’t keep up.” 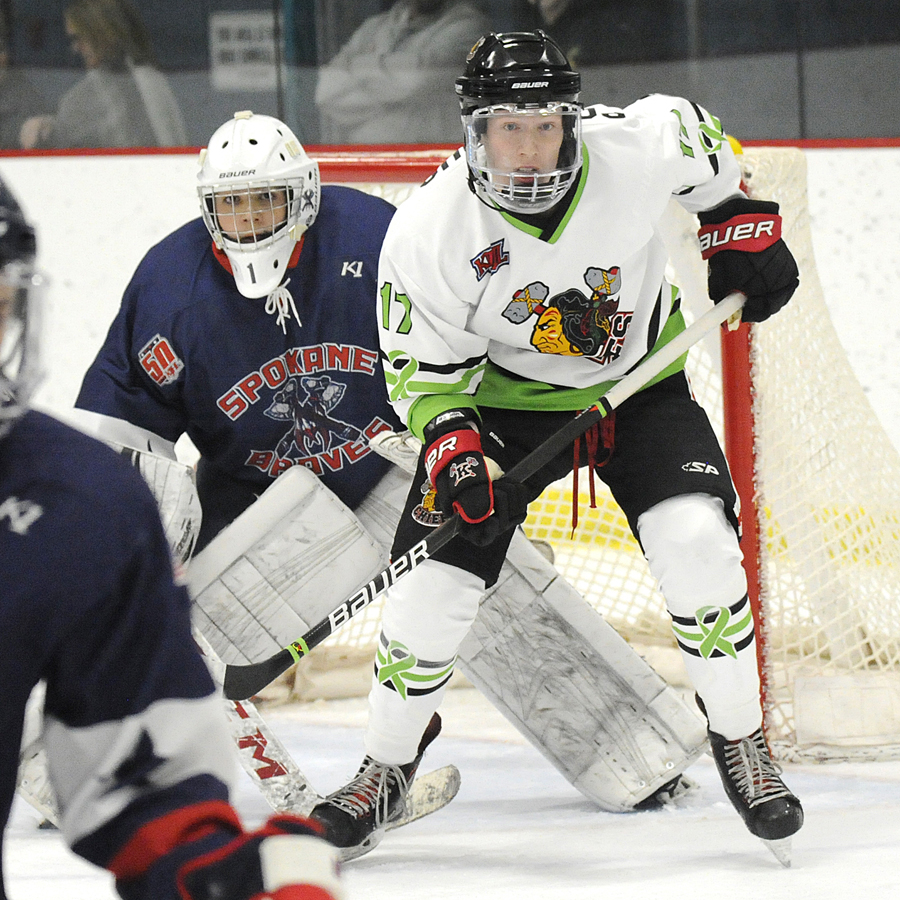 Kayson Gallant led the onslaught with four goals, the first two coming three minutes apart midway through the first period. He completed his hat trick with a spectacular individual effort in the second and added his fourth in the electrifying third.

The 19-year-old’s five points strengthened his hold on the team’s scoring lead. He now has 24 points (14 goals, 10 assists) in 12 games and sits in fourth place in the KIJHL scoring race. In his rookie season with the Chiefs, the Red Deer native finished with 15 goals in 39 games. 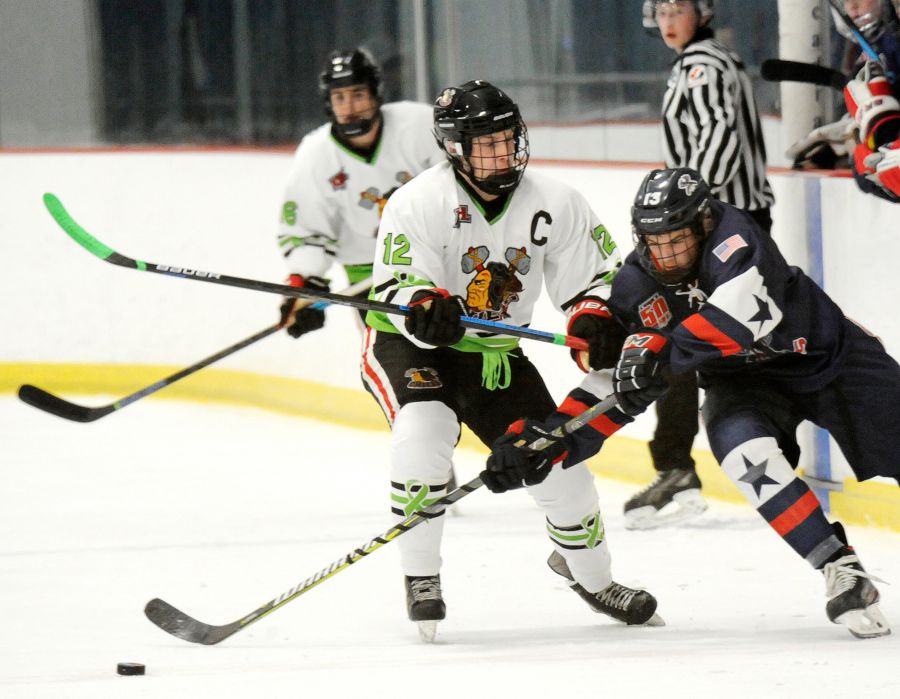 “It’s great to see Kayson gaining more and more confidence,” noted Law. “We’re working on him about not getting too frustrated when he’s knocked off the puck, but he’s learning that the best way to overcome that is to hunt it down and get it back.”

Linemates Porter Dawson and Zane Avery both finished with a goal and four assists and also moved up quickly on the KI scoring list while the Chiefs’ balance shone through as all but three players missed picking up a point. KC Cosgrove and Kaden Meszaros each scored their first goals of the season while defenceman Isaac Dutka, captain Myles Mattila and the Finnish Flash, Leo Harju, rounded out the scoring. 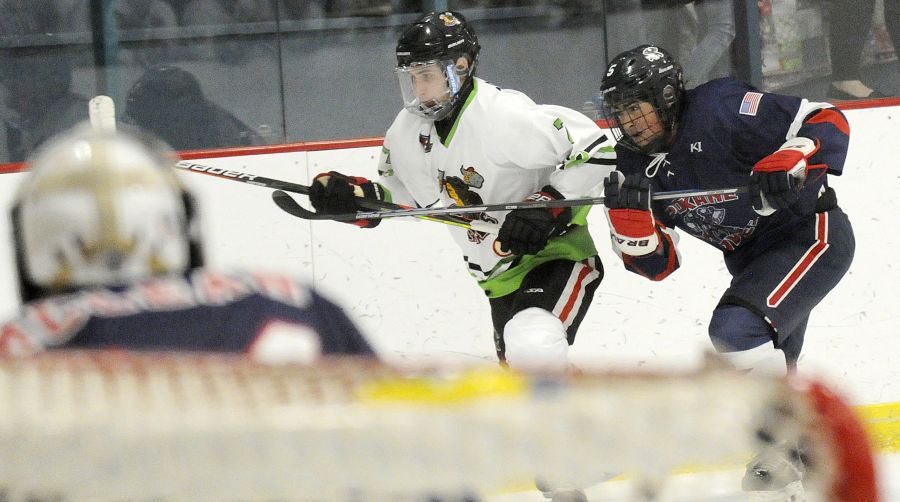 Not too shabby for a still-getting-acquainted eclectic group that includes 14 rookies and is made up of eight Central Okanagan minor hockey products, four from other parts of B.C., eight players from Alberta, two from the United States and the one from Finland.

“Our head scout (Larry Hamilton) was a busy guy and did a fantastic job for us during the off-season,” Law said. “And I was able to get to out for some recruiting as well, including in the States (defenceman Max Curtis was found at a Global prospects camp in Las Vegas).

That Harju landed in their lap was serendipitous to the nth degree. 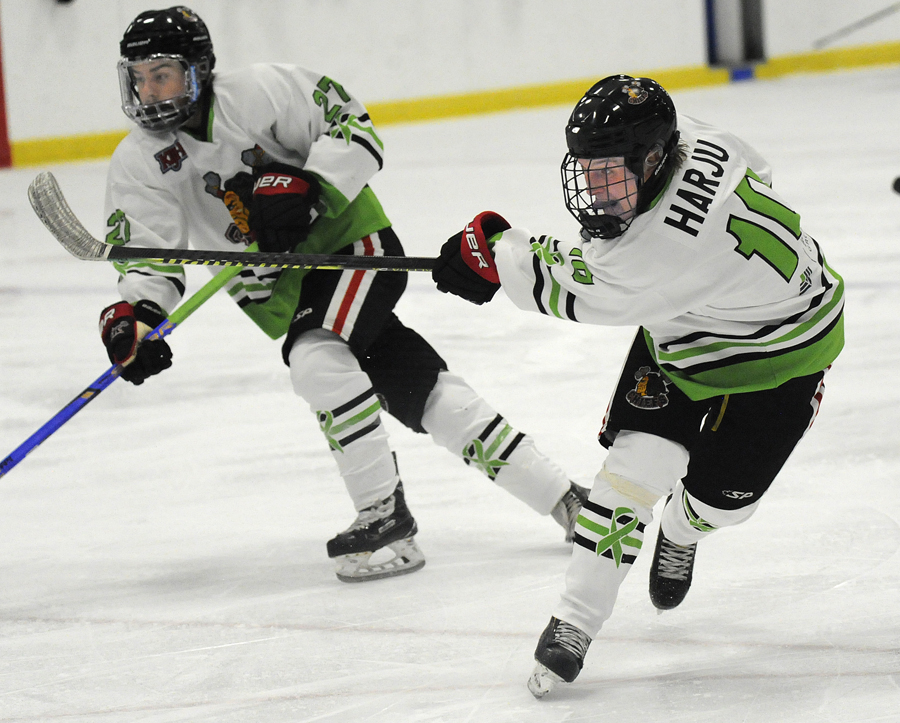 Harju came to study English at the International Gateway Kelowna and stays with his mother’s cousin, Minna Gruenke and her husband Aaron. Before moving to B.C, Harju and his family researched hockey teams in Kelowna and ended up making a connection with the Chiefs.

He attended a conditioning camp the Chiefs held prior to their main camp and it when it became obvious the 17-year-old had the skill, finesse and speed to play in the KI, the team started the process of getting permission from the BC Hockey and Hockey Canada to have him play in Kelowna. 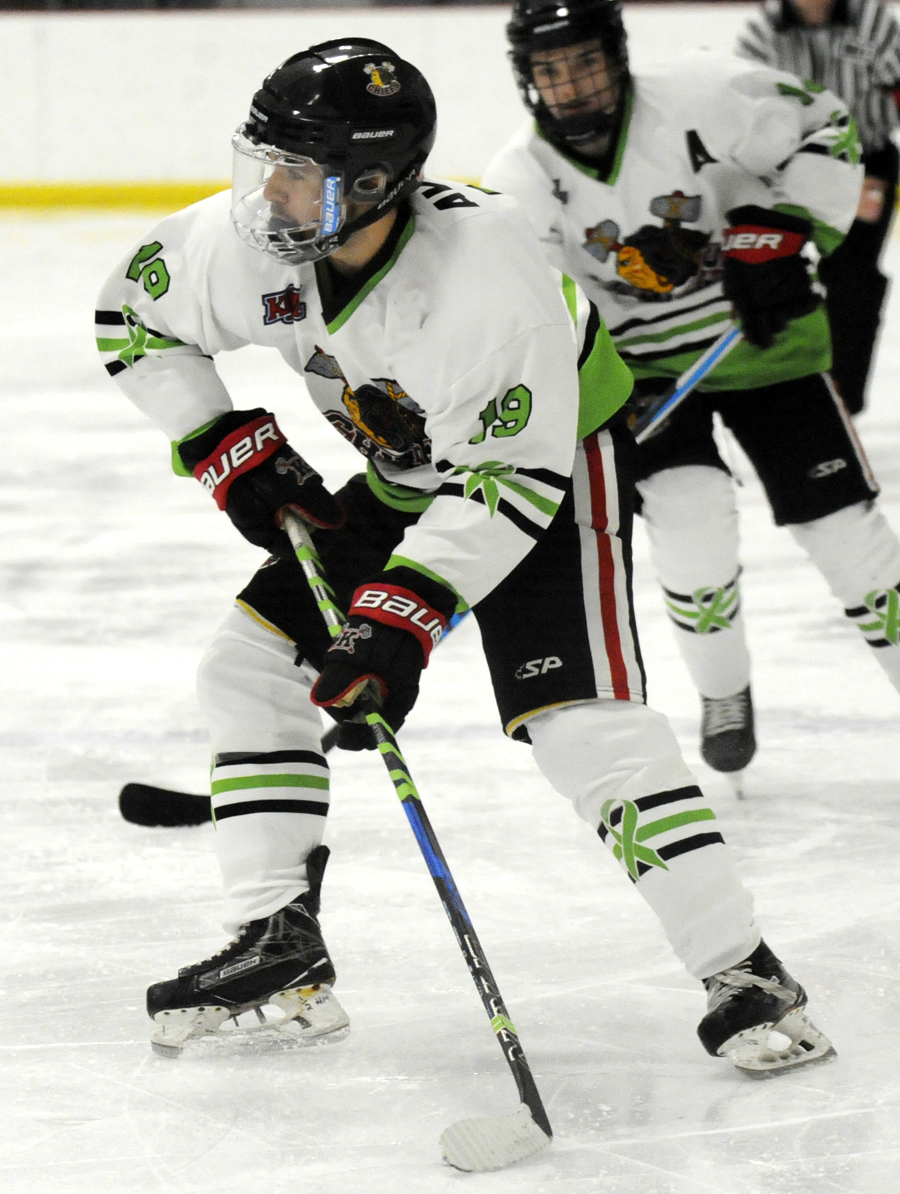 The approval comes with strict stipulations that Harju cannot play at a higher level and he cannot be traded or released.

It’s a perfect scenario for the Chiefs.

Playing on the second line with American (Minnesota) Ryan Antonakis and Kelowna’s Kaden Maszaros, Harju, already a fan favourite, scored his first goal against Sicamous on Friday and added another on Saturday. 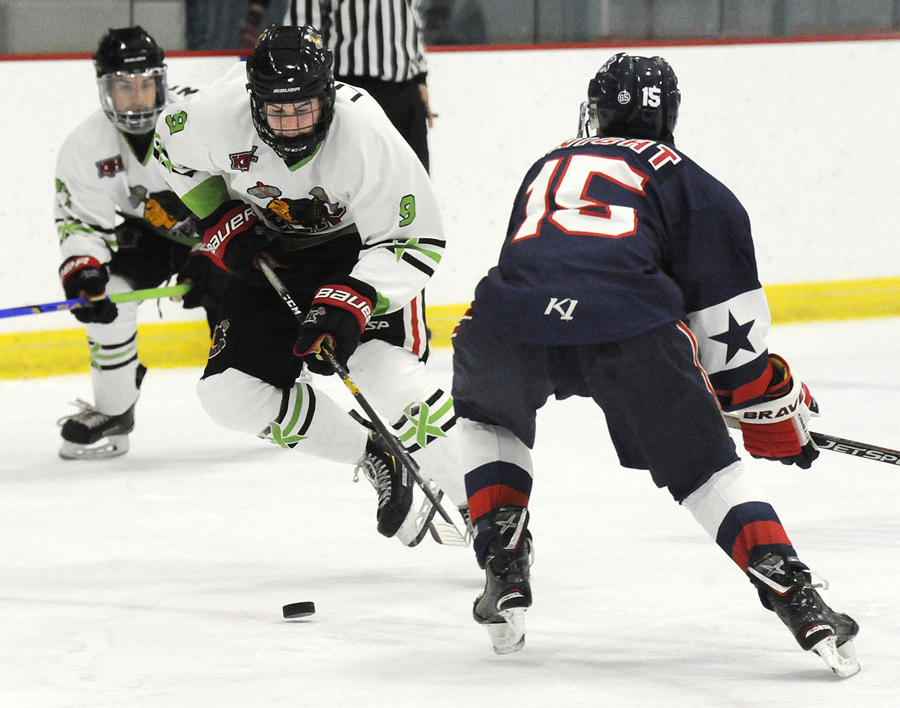 “Every day he shows up, he’s here to work,” says Law. “He just goes about his business. The guys all respect him for that. They know that it is probably a little bit hard on him too, because he doesn’t know the language, although his English is also improving rapidly. They are really helping him out and making sure everything is explained to him or they show him themselves.

“He has a lot of speed and a lot of skill,” points out Law. “The things he can do with the puck are amazing, especially in practice, but in games he tones it down.”

Law added that Harju is adapting to the smaller ice surface and so there’s a definite upside for him. 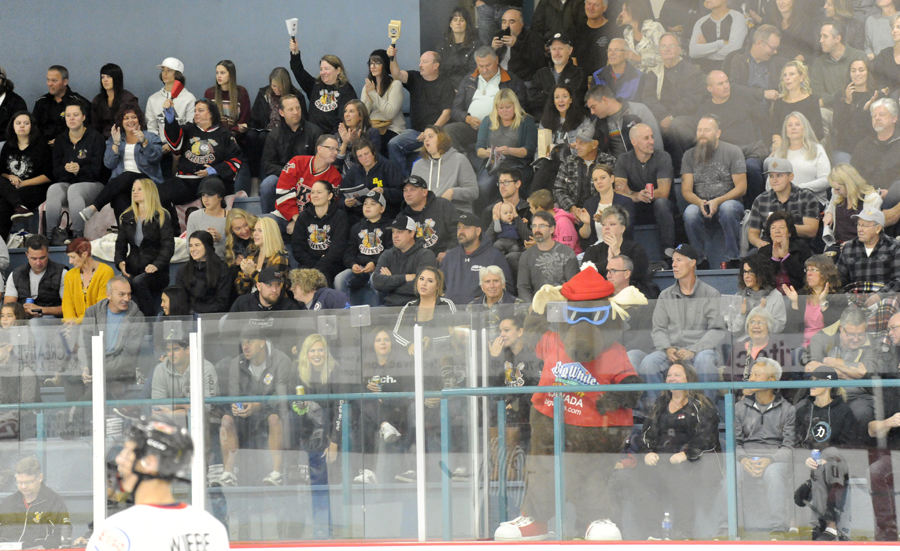 “It’s a tighter game here. He has to be aware of keeping his head up and learning to play in traffic. He’s making the transition relatively smoothly.”

The same can be said for several of young Chiefs. And with more experience, conditioning and mentoring from coach Law and assistants Carl Poole and Thierry Martine, the defending Okanagan/Shuswap Division champions are expected to be in the thick of things again come March and April.

“The kids have exceeded expectations so far, not only on the ice, but off of it as well,” said Law. “When we need volunteers for promotional events in town, there isn’t a guy who isn’t willing to put their hand up. It’s a great group.” 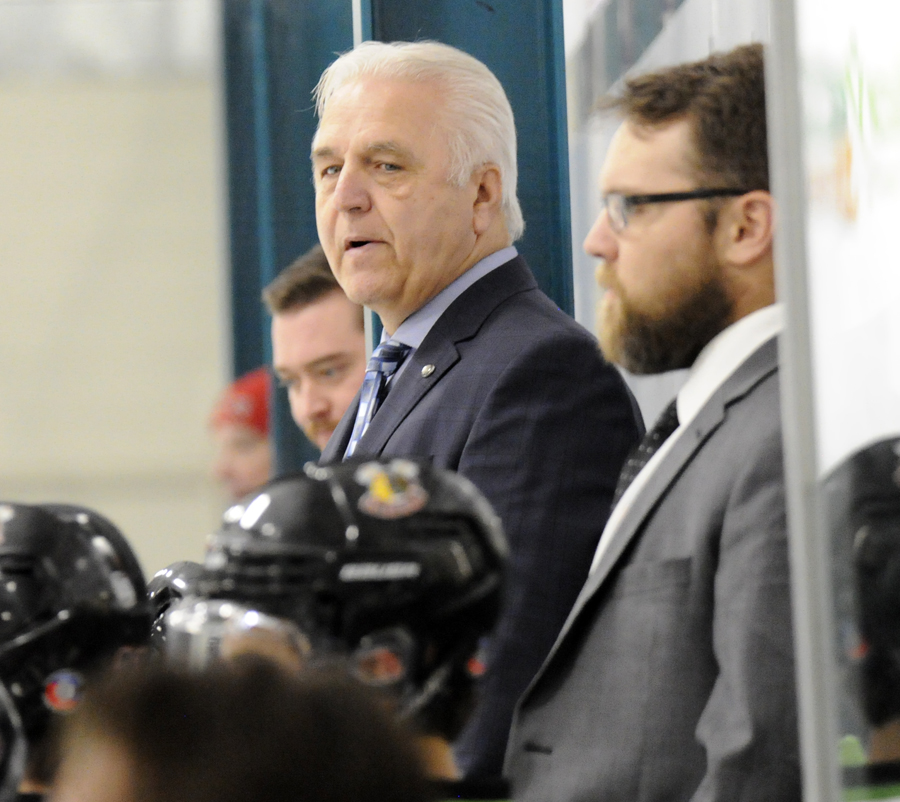 “The guys really appreciate playing in a full barn and are showing it by playing hard every night. Hopefully, the fans will keep coming out to support what we’re doing.”

Up next for the Chiefs are a pair of home games at the Rutland Arena — on Friday against the Osoyoos Coyotes and Saturday when they play host to the 100 Mile House Wranglers.

Puck drop for both encounters is 7 p.m.