Over the last week of August, Kamloops played host to the Canada 55+ Games, a biennial event that features over 2,500 participants competing in 26 different events.

Among the main sports being played in the four-day event was hockey and the Kelowna Blades was the team that represented BC. The Blades qualified for the national tournament back in 2019 by winning the BC 55+ Games held in Kelowna. They had to wait two extra years to play in the Canadian event due to COVID cancelations.

The Blades, who are made up of members from various teams in the local men's league, dominated Team Ontario 6-1 in the gold medal game on Friday, Aug. 26. 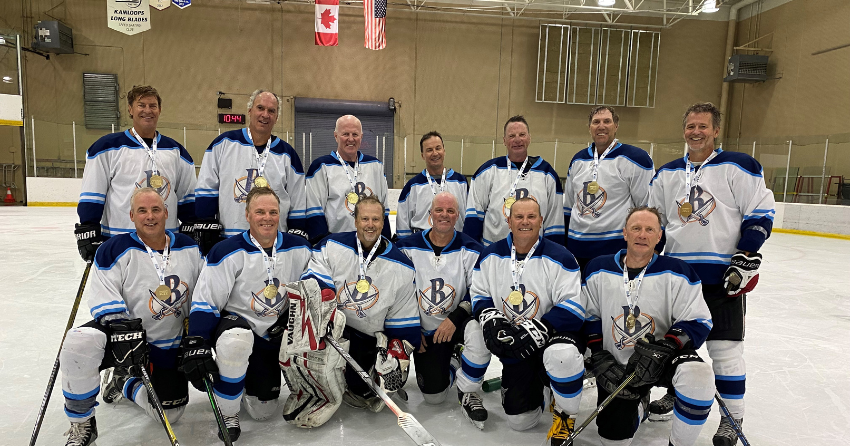 In the round-robin, Kelowna rolled throughout everyone, going 4-0, and outscoring opponents by a 19-3 margin.

Congrats to the Blades!

For more information on the Games, please click here.