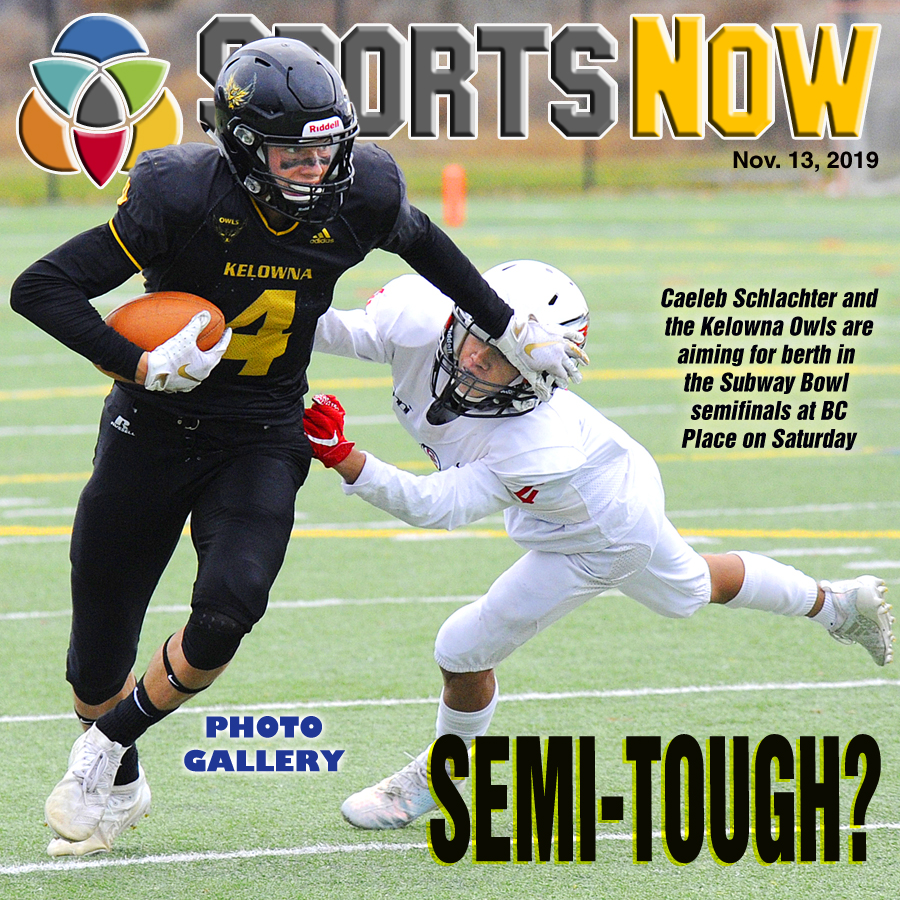 The Kelowna Owls’ coaching staff is preaching calm confidence as it prepares for a pivotal B.C. Secondary Schools Football Association AAA quarter-final against the Vancouver College Fighting Irish on Saturday.

After their 62-21 first-round Subway Bowl playoff throttling of the visiting Carson Graham Eagles at Kelowna’s CNC Stadium on the weekend, the young Owls can be excused for their self-assurance.

But in their meeting with the No. 2-ranked team in the province at BC Place, tempering the aplomb is thought to be the best advice for the underdog Owls, who were ranked sixth in the coaches’ poll at the end of the regular season. 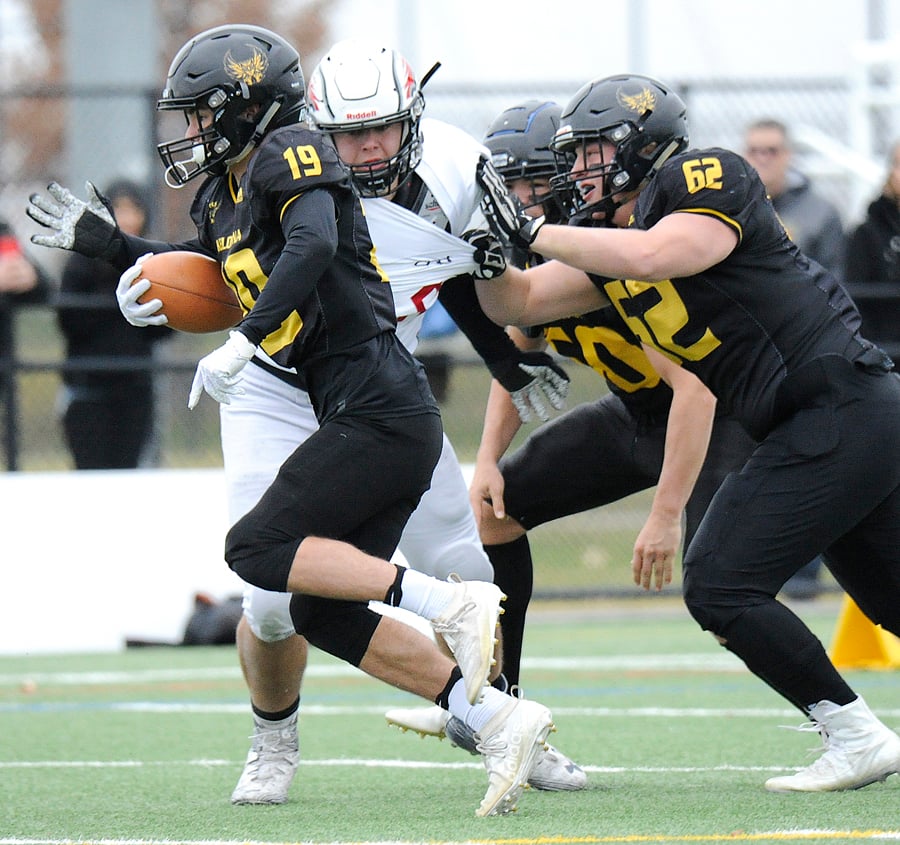 “There’s been a lot of excitement with this group and the boys are enjoying it,” said Cartwright after the first day of practice following Saturday’s lopsided affair against a Carson Graham team that battled the Coq from North Vancouver to Kelowna with a 2-5 record. “They deserve to be a part of the Elite 8 and I encourage them to be confident that they can compete with anyone in the province.

“But our goal is to manage the confidence, stay humble, and always look for growth.”

Up against a Vancouver College crew that crafted a 6-1 regular-season record and has shut out its opponents five times in the past six games while outscoring them 223-6, the Owls (5-2) likely don’t have to be reminded they’re in for a whole new ballgame on Saturday at the site of last year's provincial junior varsity championship win by many of this year's senior Owls. 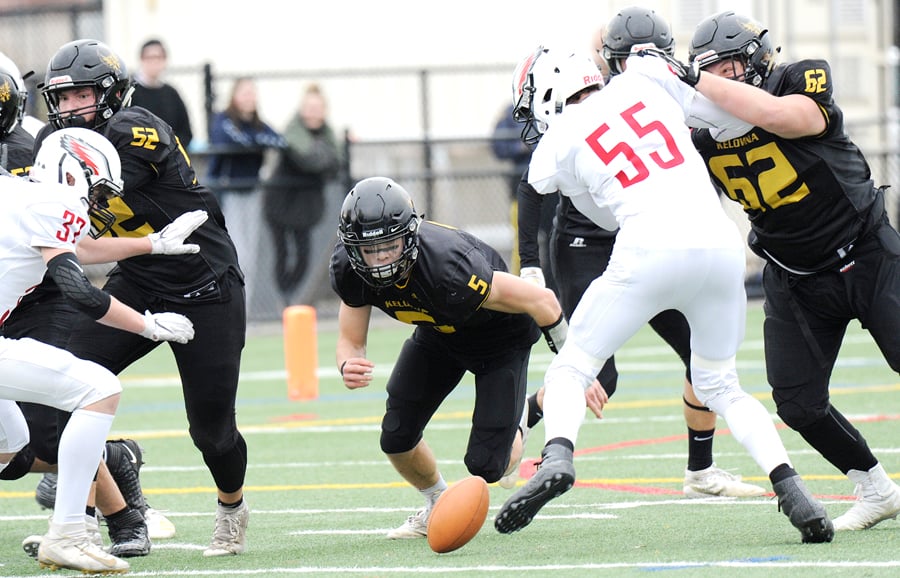 The Kelowna Secondary School representatives have a batch of offensive all-stars, including in Grade 11 quarterback and BCSSFA player-of-the-week Nate Beauchemin and receivers Nolan Ulm and Caeleb Schlachter who can at least match what the Fighting Irish can offer offensively.

But do the Owls have enough to neutralize the defensive stalwarts of Van College that include Western Conference MVP Jason Soriano (safety) and all-stars Matt Hoag (linebacker), Keijaun Johnson (defensive back) and Ryan Haiao (lineman)?

Coach Cartwright believes they do. 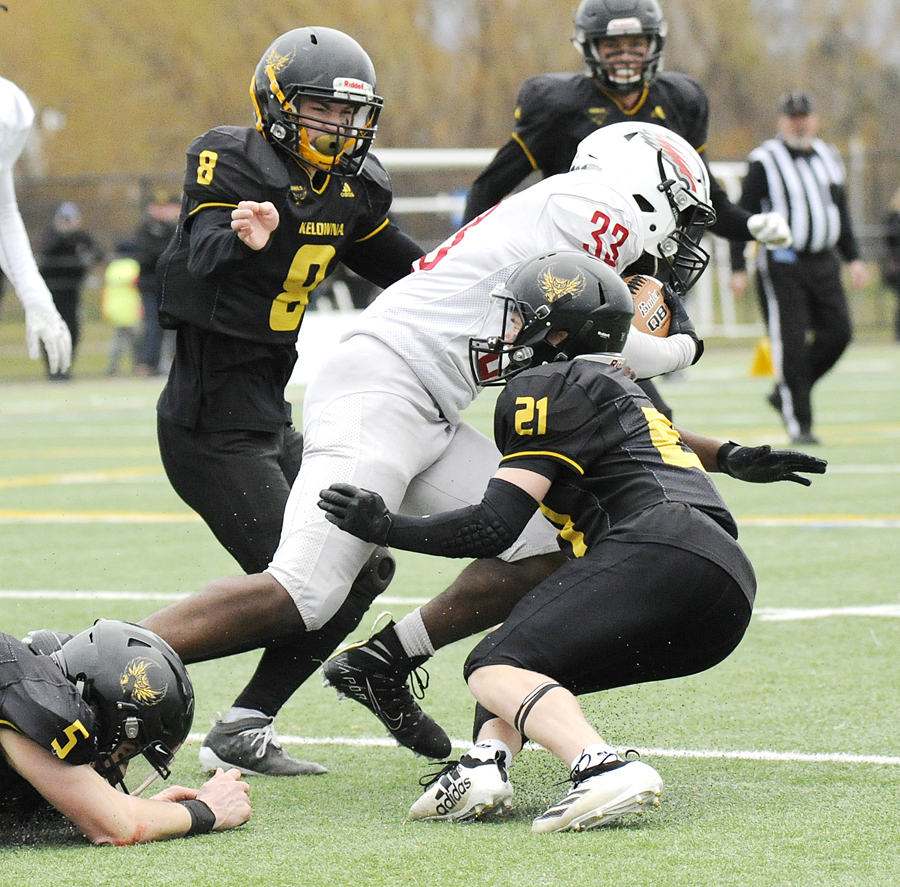 “Vancouver College has a good offensive and defensive line — big and strong. We have to use our speed and play aggressively to be successful. And our offensive line will have to play heads up as the Irish like to blitz.”

A work in progress more than any area of the Owls’ game, the offensive line of starters Sam Mason, Tomas Kuhn, Jack Marsland, Mitchell Darlington and Dylan McBratney have made huge strides since early in the season under the guidance of O-line coach Cam MacKenzie. 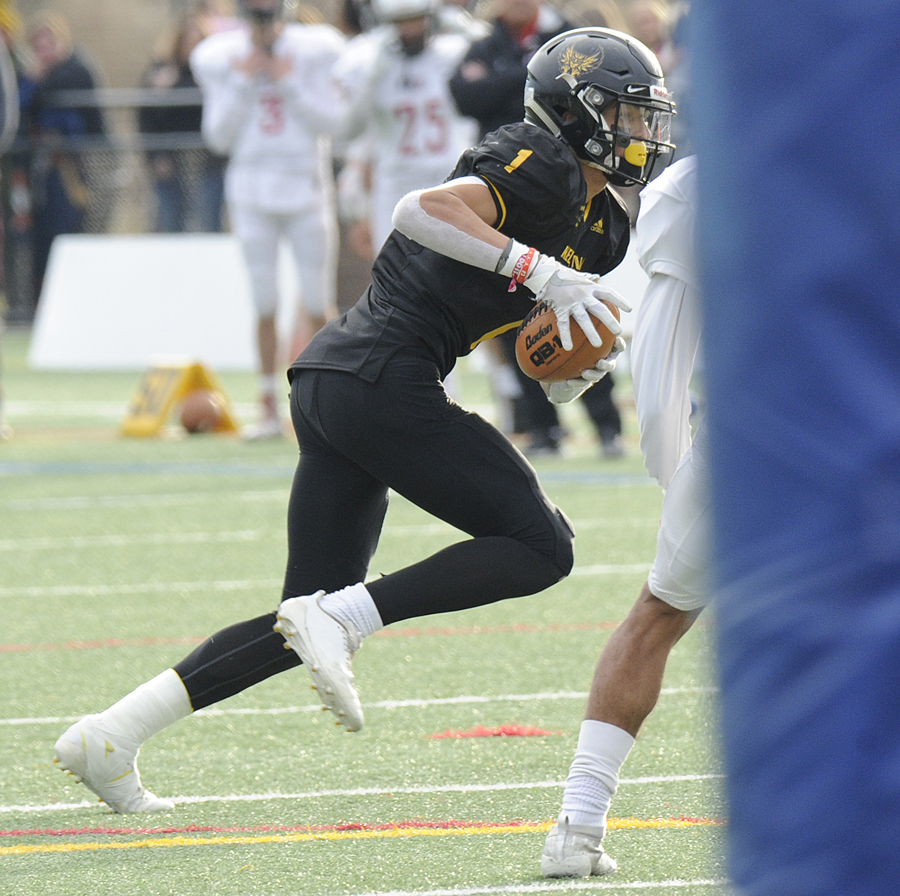 “They’ve stepped up big time and it showed against Carson Graham as they gave Nate (QB Beauchemin) time to make the reads he needed,” pointed out Cartwright. “It took a bit of time to get some consistency from them, but we’re extremely happy with how they’ve developed.”

The same can be said about the Owls overall.

Failing to make it as an honourable-mention in the provincial rankings after losing a pre-season game 34-7 to Vancouver College, the Owls moved up steadily in the polls most of the season. At one point midway through they were tied for the fifth seed after upsetting the then No. 1-ranked Lord Tweedsmuir Panthers of Surrey. 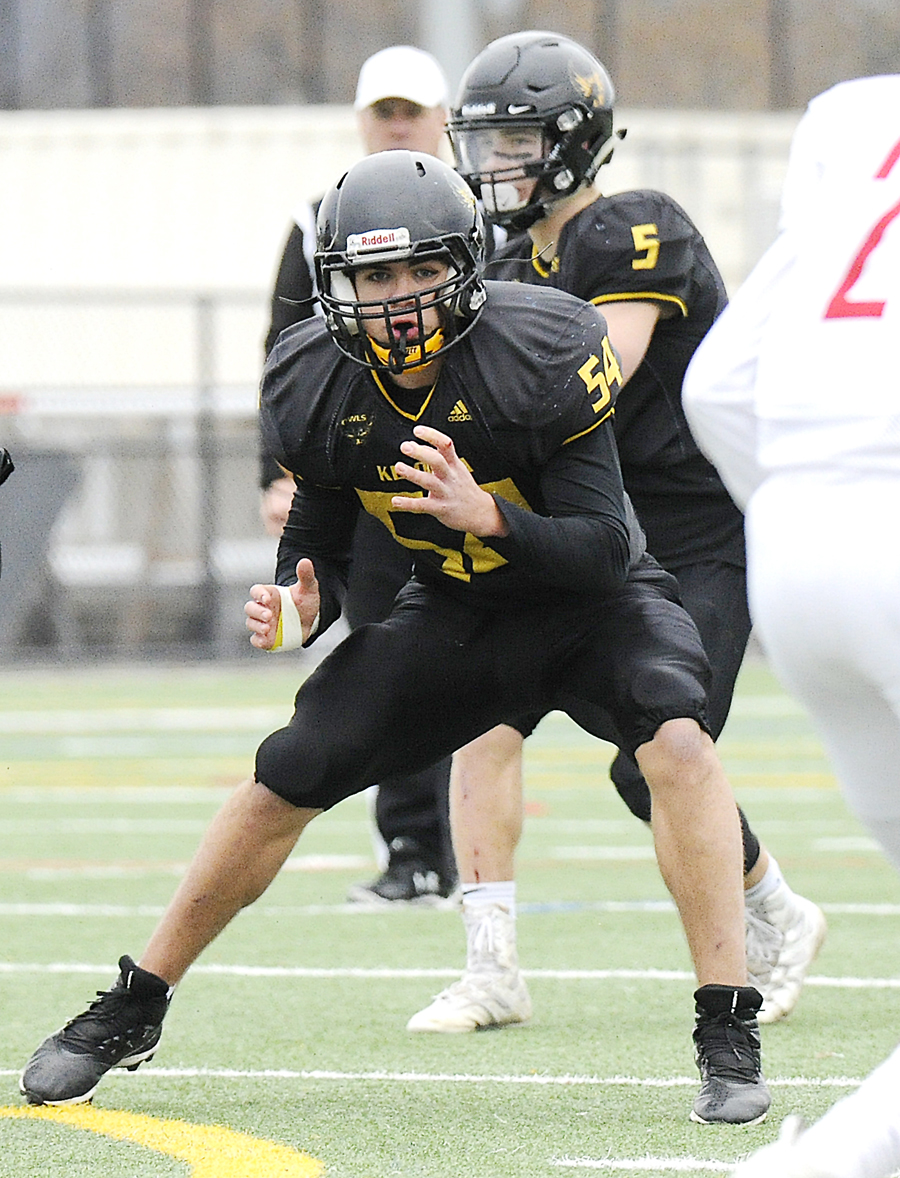 But even that early loss to the Fighting Irish is a reason for optimism for the Owls and their coaches.

They played the season opener without either Beauchemin or Grade 12 quarterback Isaac Athans (now a receiver), while starting running back Noah Cross and others were also relegated to the sidelines.

“We have been through a lot of adversities and it’s forced us to reflect on how we do things,” said Cartwright. “But we’ve made some changes and as time went on, we put players in positions where they could better help bring success. We’ve grown so much as a team and I think we’re in a very good place going into Saturday’s game.” 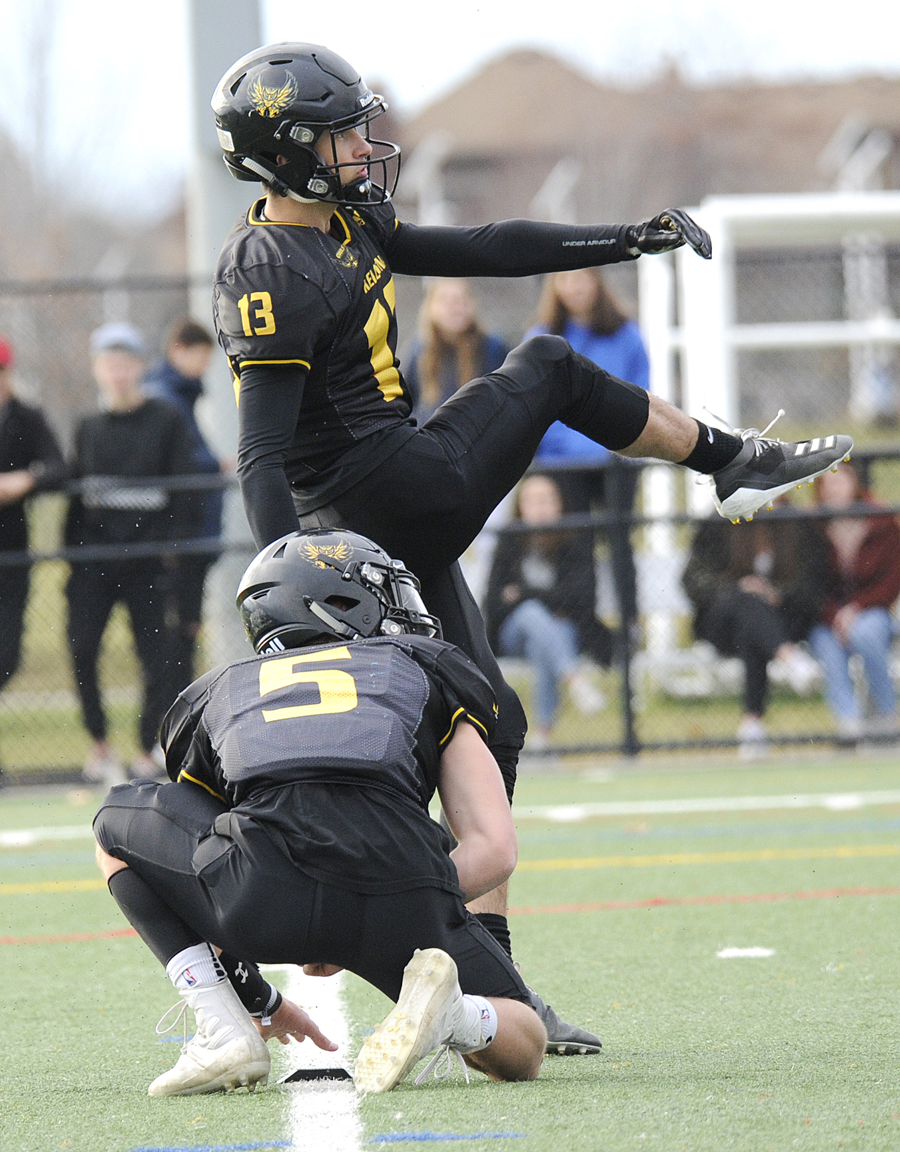 The Owls/Fighting Irish game, beginning at 2:30 p.m., is one of four being played a BC Place. The winner will advance to a Subway Bowl semifinal against the survivor of the 5 p.m. quarter-final encounter between the No. 7-ranked Mt. Douglas Rams of Victoria and the No. 3 St. Thomas More Knights of Burnaby.

The other games on Saturday have New Westminster (No. 4) meeting No. 5 Lord Tweedsmuir at noon and the Notre Dame Jugglers of Vancouver taking on the No. 1-ranked South Delta Sun Devils beginning at 7 p.m. 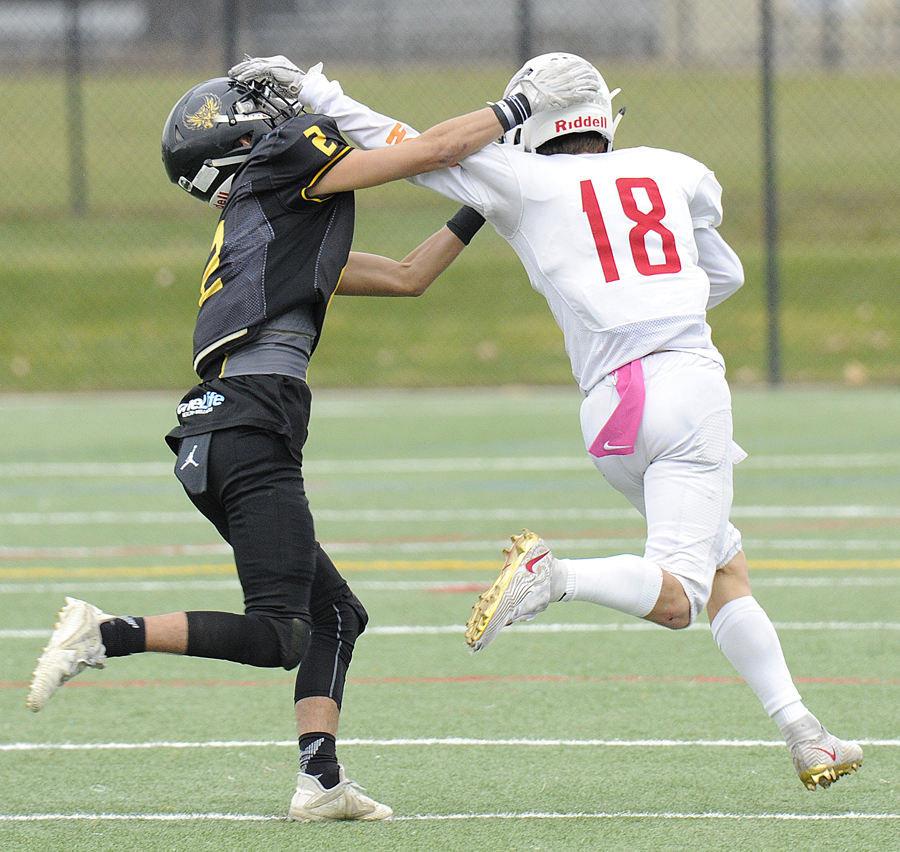