The Kelowna Rockets were in action on Friday night, this time for a date with the Victoria Royals at Prospera Place.

In the first of two weekend meetings, Kelowna took down the Royals by a score of 6-4. Jake Poole earned first star of the game for the first multi-goal game of his career while Talyn Boyko stopped 38 of 42 shots for the win.

In the first period, Poole scored the lone goal just four minutes into the game. The flood gates would open in the second with four different goals. 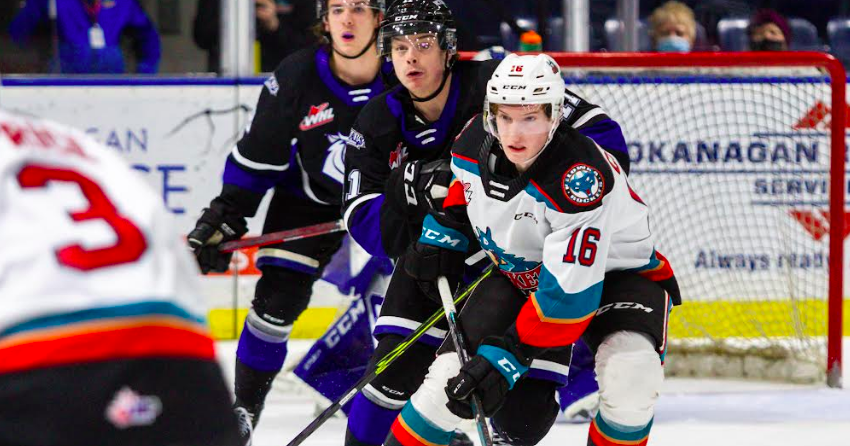 Pavel Novak, Dylan Wightman and Turner McMillen all scored for the Rockets while Brayden Schuurman put one home for the Royals.

In the opening minutes of the third, Bailey Peach and Riley Gannon scored back-to-back goals to bring the game within one. Kelowna was able to hold off the comeback thanks to insurance markers from Scott Cousins and Poole late in the third.

With the win, Kelowna improves to 17-10-1-3 on the season. They currently sit second place in the BC Division.

Up next, the team faces the Royals again Saturday at Prospera Place. Puck drop is at 7 pm.