Rockets knock off Blazers, now 8 points back for top spot in BC Division

The Kelowna Rockets were in action on Friday, this time taking on the BC Division-leading Kamloops Blazers.

With both teams battling for the division crown, Kelowna snuck away with a massive 2-1 win. Talyn Boyko made 30 saves on 31 shots to escape with his 21st win of the year. 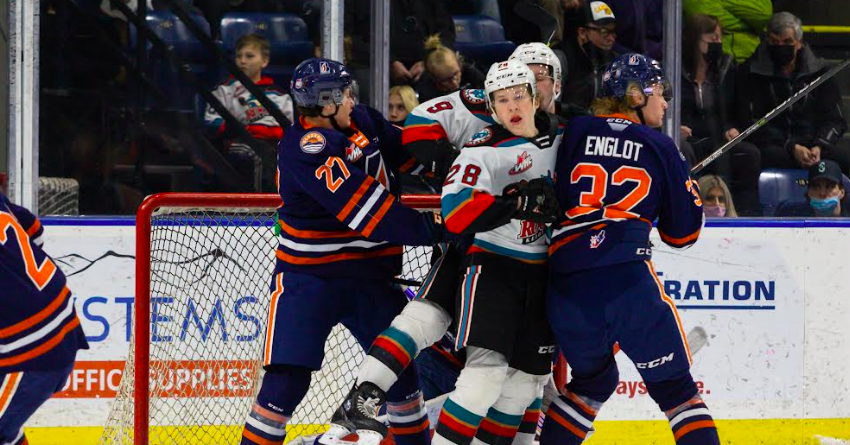 After that, Rockets' captain Tyson Feist scored back-to-back goals to win it for Kelowna. The Rockets outshot Kamloops 35 to 31 on the night.

The two teams are back in action again Saturday. Puck drop at the Sandman Centre is at 7 pm.