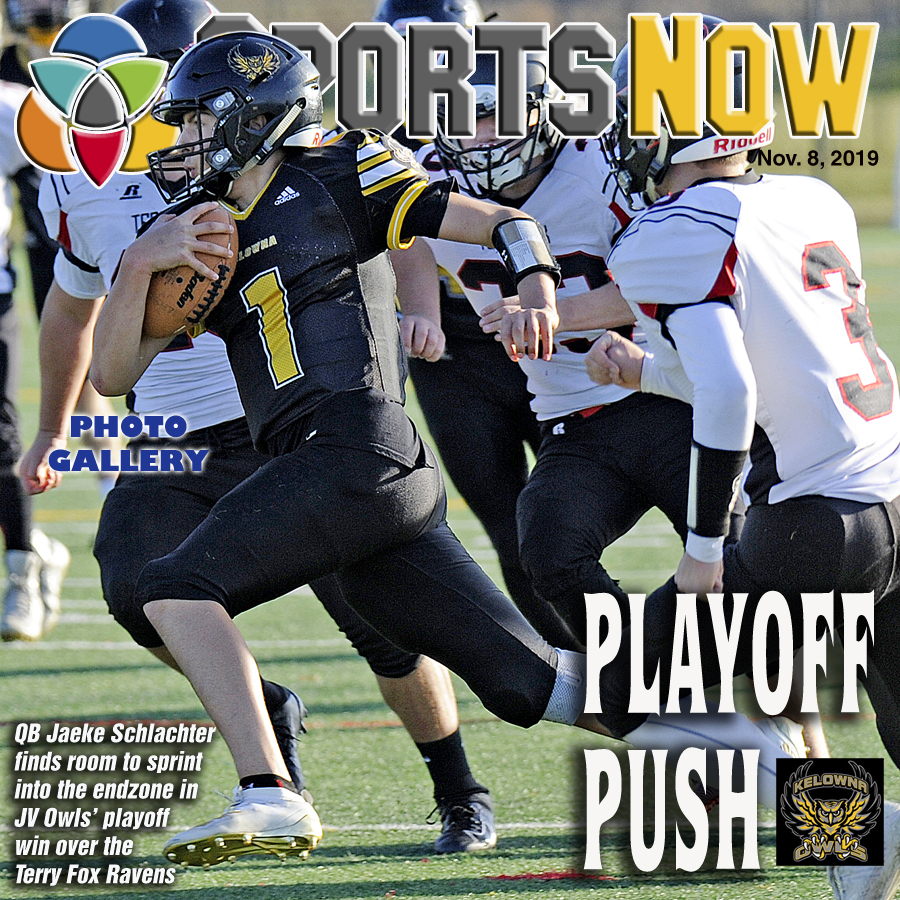 In a case of role reversal, the senior AAA Kelowna Owls hope to follow the lead of their junior varsity football team when they take to the CNC Stadium artificial turf against the Carson Graham Eagles on Saturday.

The senior Owls will play host to the Eagles for a B.C. Secondary School Football Association first-round Subway Bowl encounter and on the heels of the junior squad’s 26-13 playoff victory over the visiting Terry Fox Ravens on the same field Wednesday. 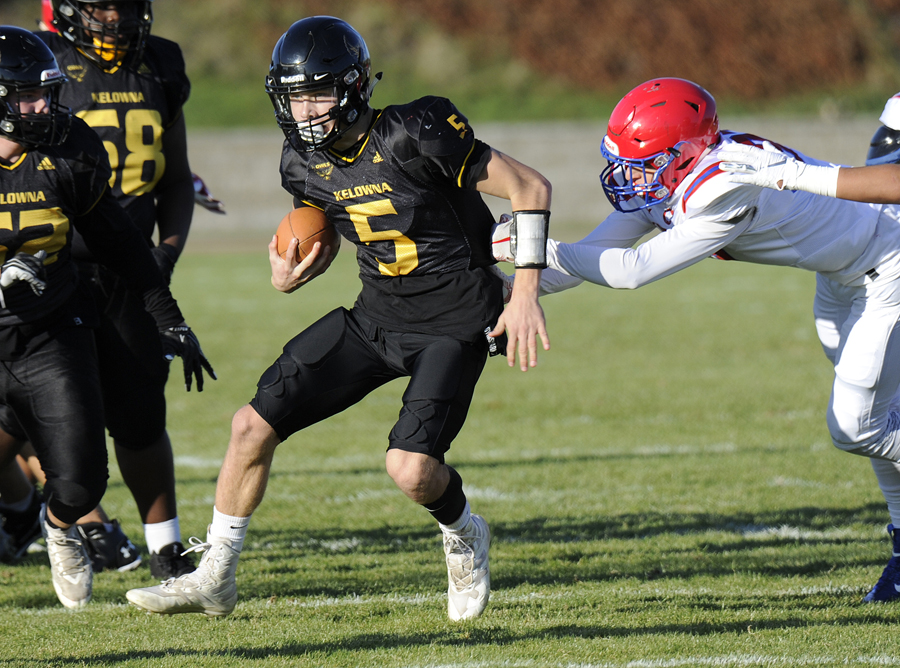 While the juniors earned a berth in the second round of their BCSSFA playoffs, the seniors will be aiming to advance to the Subway quarter-finals against either the Rutland Voodoos or the Vancouver College Fighting Irish, who will meet at the same starting time (1:30 p.m.) at O’Hagan Field in Vancouver.

Second-place finishers in the Eastern Conference with a 5-2 record and riding a four-game winning streak that includes their 50-28 victory over the Seaquam Seahawks (3-4) in the final game of the regular season a week ago, the Owls are considered slight favourites against the 2-5 Eagles from North Vancouver.

But head coach Chris Cartwright is quick to make it clear his players, many of whom were part of a junior varsity team that won a provincial title in 2018, are approaching Saturday’s game as the start of a new season. 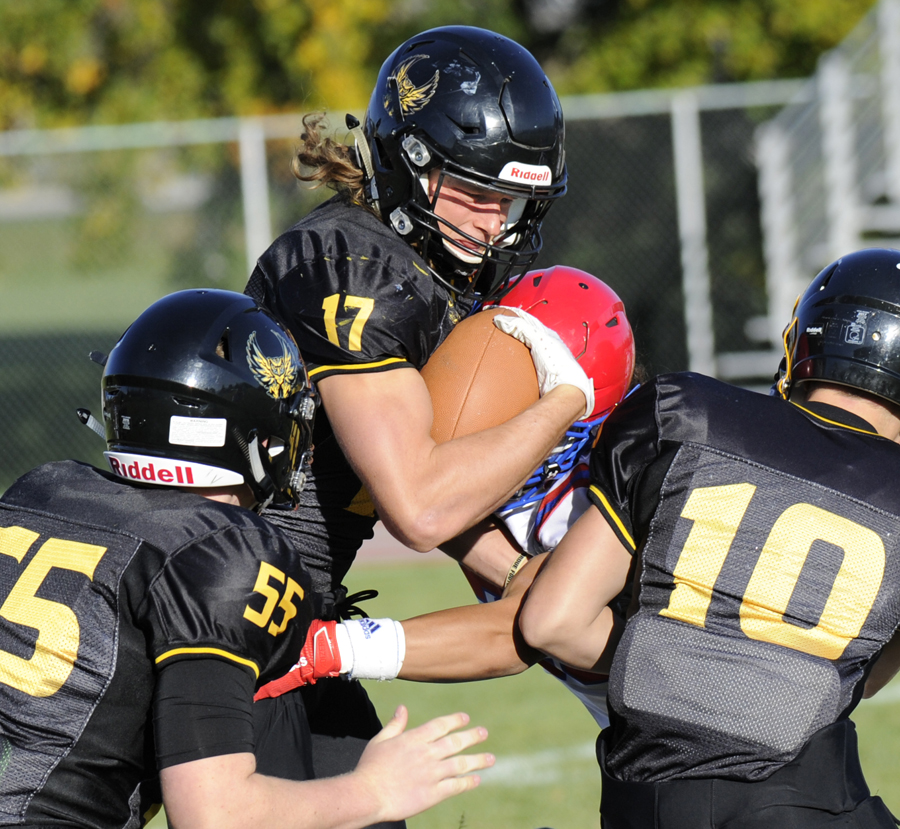 “We’re preaching respect for a team (Carson Graham) that is very well-coached (by Brian Brady and his staff) and will provide a stiff test with its fast running game, versatile passing and solid defence,” said Cartwright earlier this week.

“So, we’re treating every rep at practice as an opportunity the guys might not get again . . . we’re guaranteed only the day at hand.”

Buoyed by the fact the Owls are going into the game healthier than they have been all season, Cartwright can focus on the importance of being disciplined and taking every opportunity to be better that any time this fall. 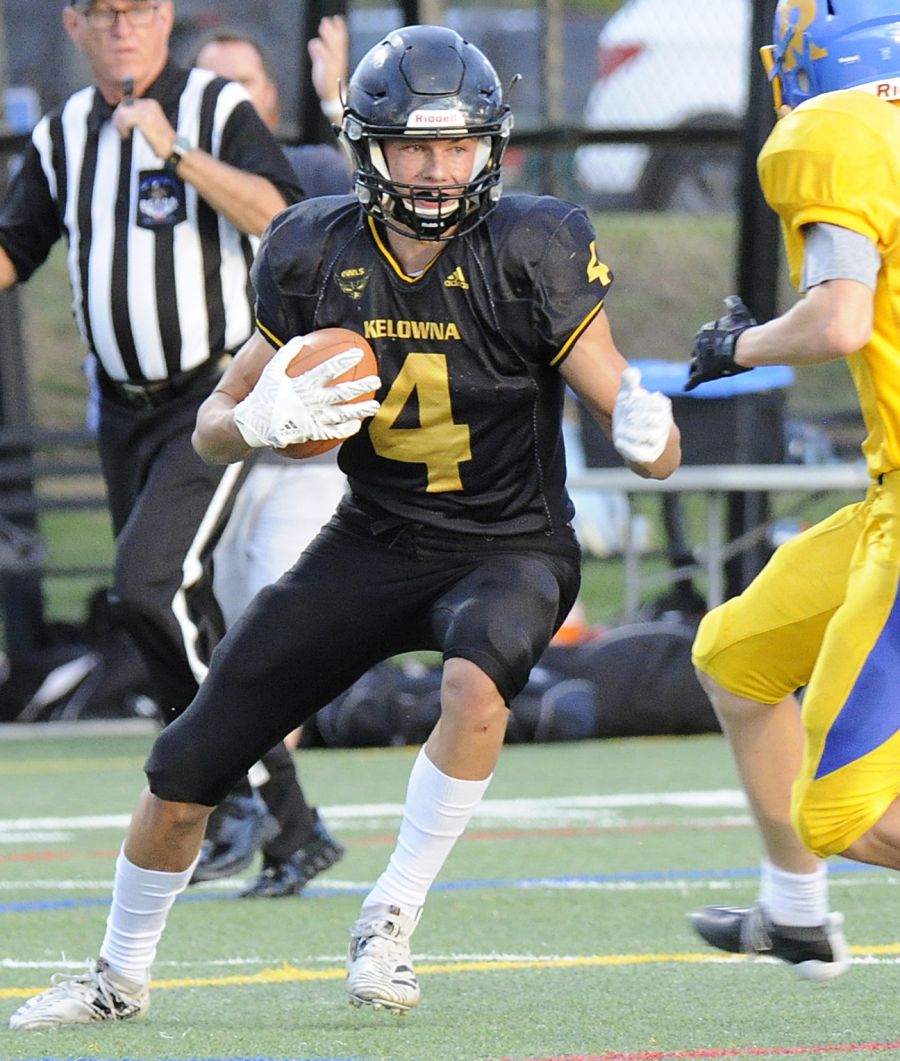 “The key to success will be to continue to play technically sound football and to execute our responsibilities on every play. We feel if we do that, things will work out for the best.”

Ranked No. 6 in the province going into the weekend, the Owls’ roster will feature four recently chosen Eastern Conference all-stars, including quarterback Nathan Beauchemin and his favourite receivers Nolan Ulm and Caeleb Schlachter. Teammate Tariq Brown was selected by AAA coaches as a defensive all-star at the linebacker position.

Beauchemin, the QB for the provincial-champion junior varsity team a year ago, took over the full-time quarterbacking duties late in the season for the senior Owls. And obviously, he’s adjusted well, completing 54 of 82 passes for a stellar 65.9% and 14 touchdowns. 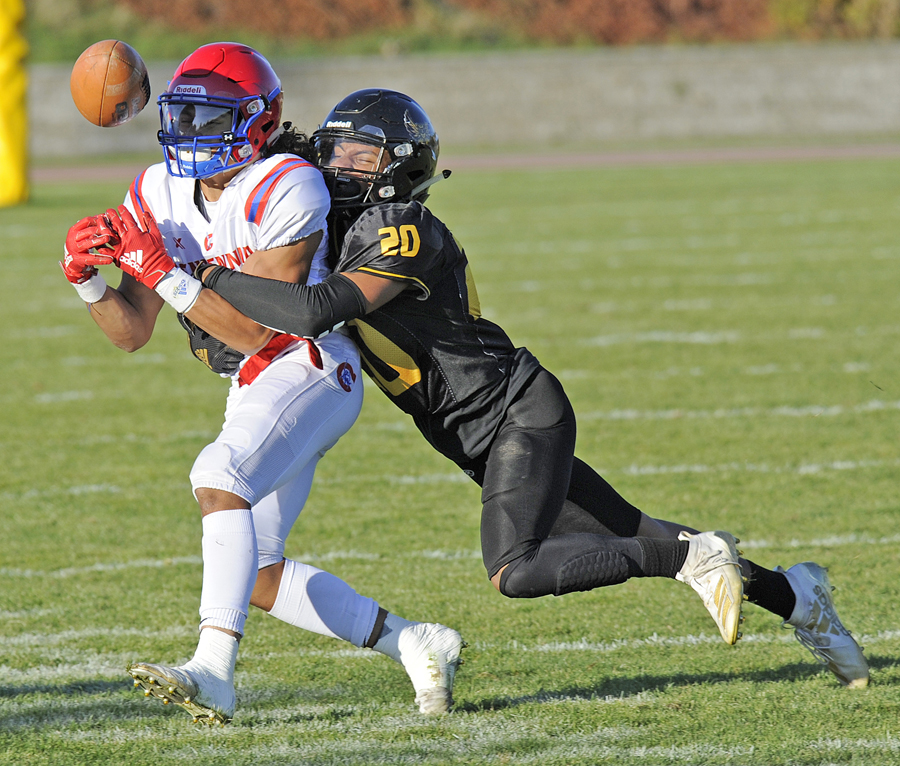 “Nate is an all-around player who you can put anywhere on the field and know you can rely on him to give his all,” said Cartwright. “His football intelligence transfers to the classroom as well. He’s a great student who is looking to play the game at the next level.”

Ulm, a Grade 12 student-athlete who finished the regular season with 25 catches for 455 yards and eight touchdowns, was selected to the conference all-star team for a second straight year.

“It’s no surprise he was chosen . . . his work ethic on and off the field is incredible,” noted Cartwright. “And while he was a focus of all the opposing teams this season, he fought through the extra attention to be a star on offence and defence. I think he has learned a lot this year about the process of football and the journey it takes.” 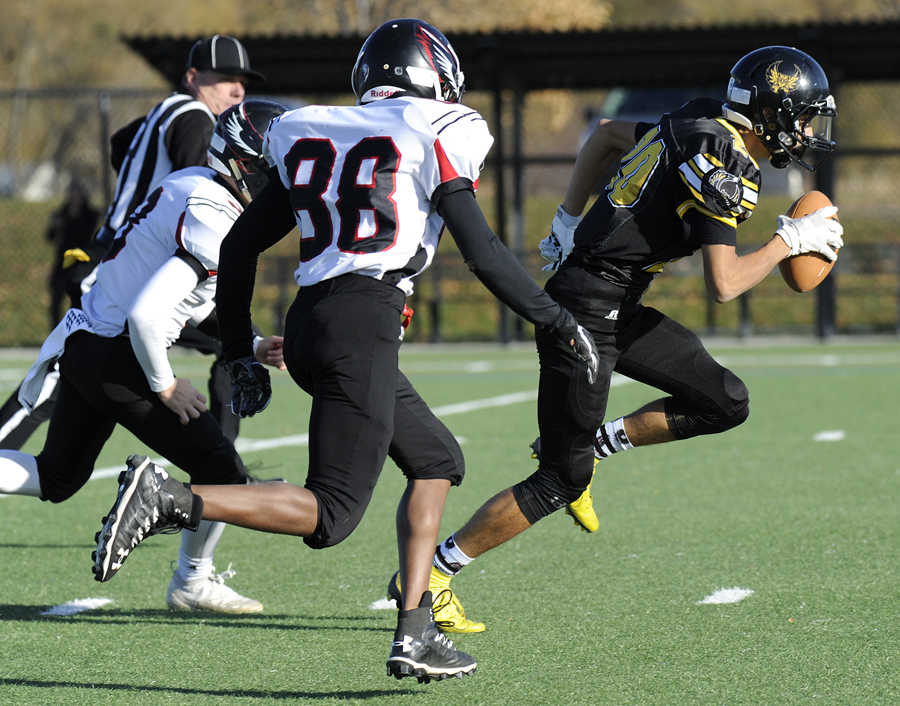 With only two years of football to his credit, Schlachter (Grade 11) has been a revelation to the Kelowna Secondary School program said Cartwright.

“Caeleb is an incredible athlete who has picked up the game quickly — offensively (11 catches for 328 yards) and defensively (13 tackles, two sacks) — and he continues to grow every day at practice.”

Brown, also in Grade 11, led the Owls in tackles with 42 in seven games and contributed four sacks and an interception. 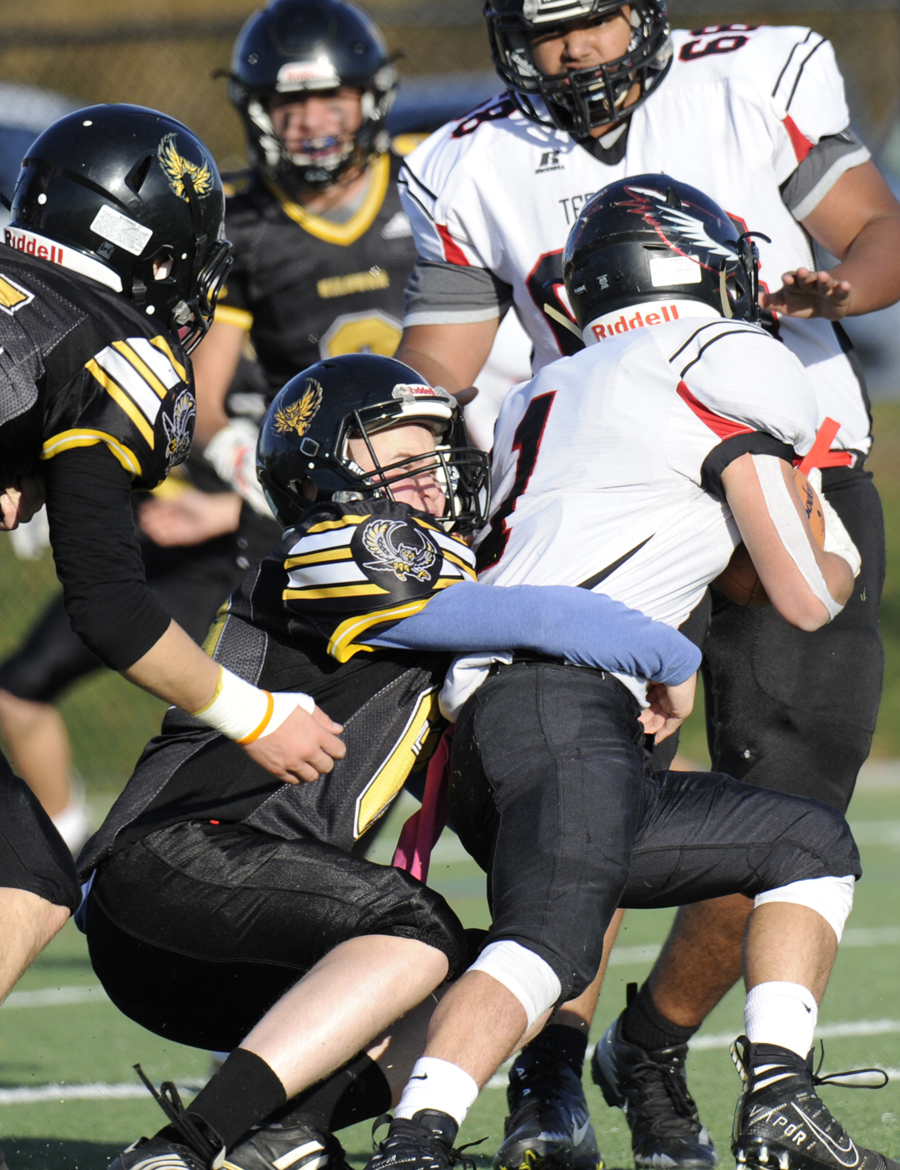 “Tariq has been making big plays consistently for us when we needed them most,” said Cartwright. “He works really hard to do his job the right way and that work ethic is paying off for him and the team. We’re so proud of how he’s approached his first year at the senior level and we’re excited to see how he performs in the playoffs.”

Meanwhile, the post-season continues for the junior Owls (3-0 in the regular season) as they earned the right to meet the 4-0 Lord Tweedsmuir Panthers of Surrey in the next round of the playoffs on Thursday at Cloverdale Athletic Park. 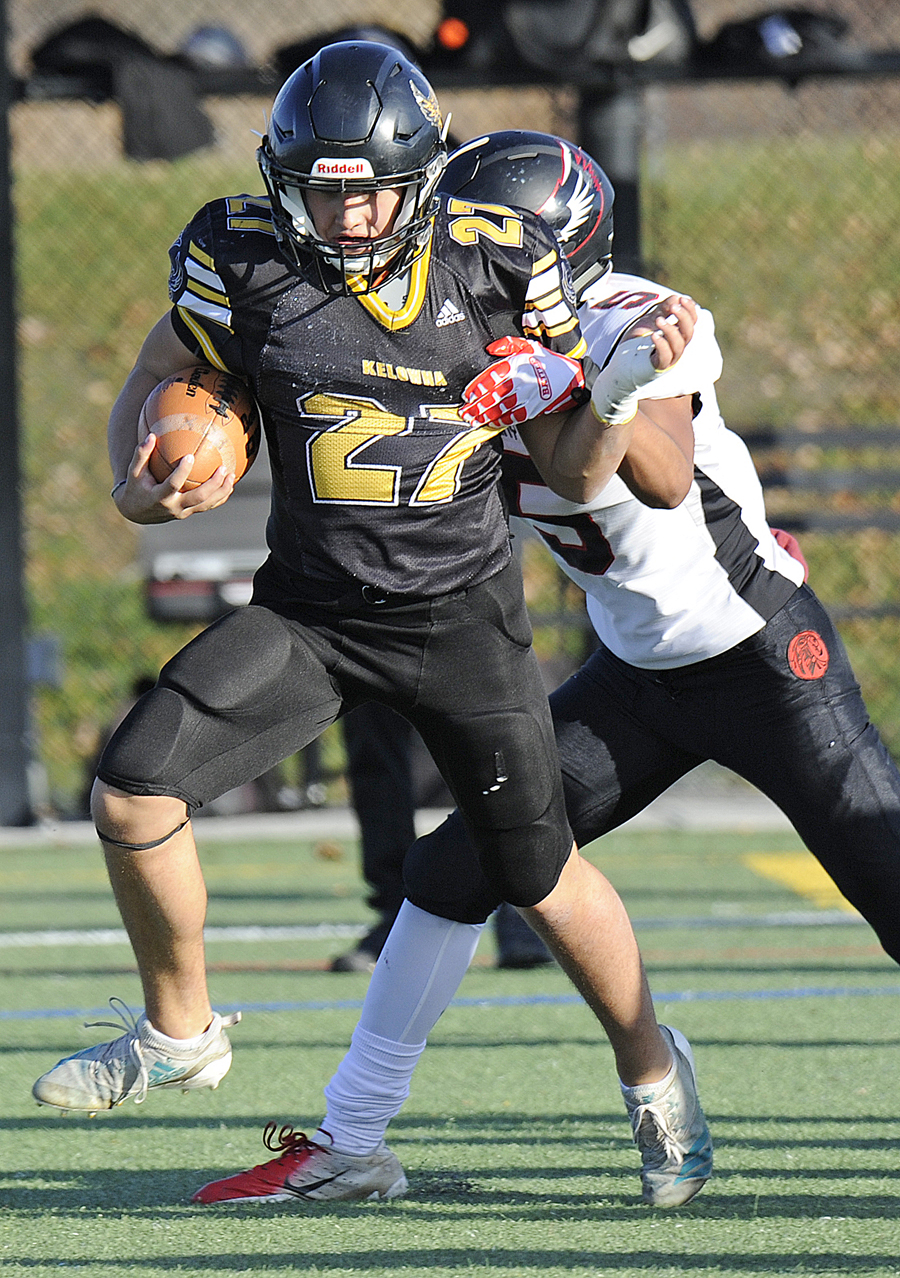 Up by just one point (14-13) at the half against Terry Fox of Port Coquitlam, — thanks to a 25-yard touchdown run by quarterback Jaeke Schlachter on the final play of the second quarter — the Owls carried the momentum forward to shut out Terry Fox in the second half on the way to an impressive win.

Jack Nyrose fought his way to a pair of touchdowns along the ground while Evan Fitchett caught a Schlachter pass for a TD. 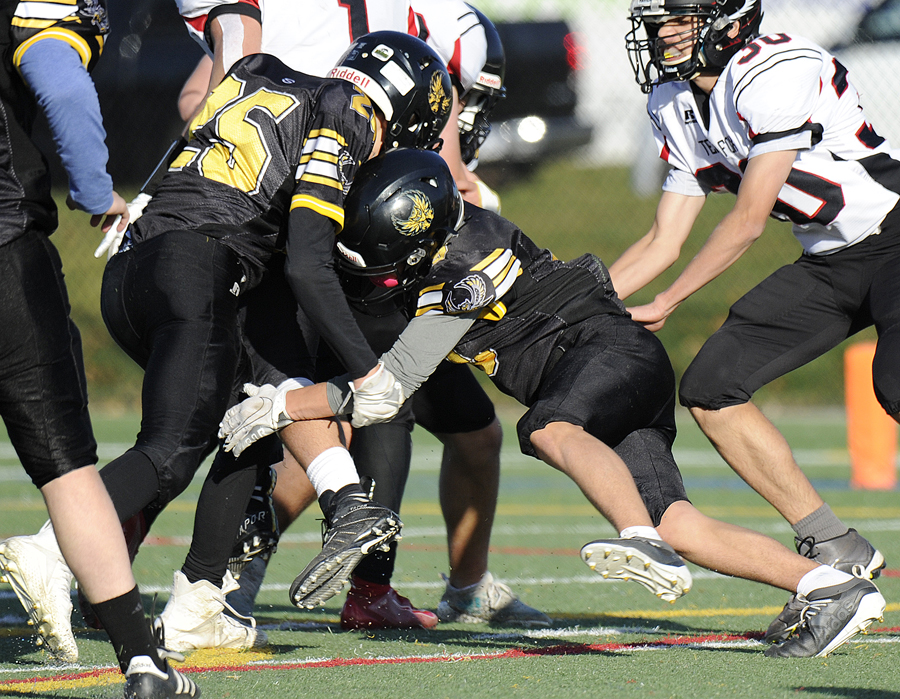 “We’re very proud of the boys, especially considering we’ve played all season with a short bench and some in-game injuries,” said head coach Mike Irvine. “The guys found a way to not only compete but also take over the game in the second half.

“It was a great team effort, led by a few enormous individual performances from our second-year JVs who virtually never left the field.” 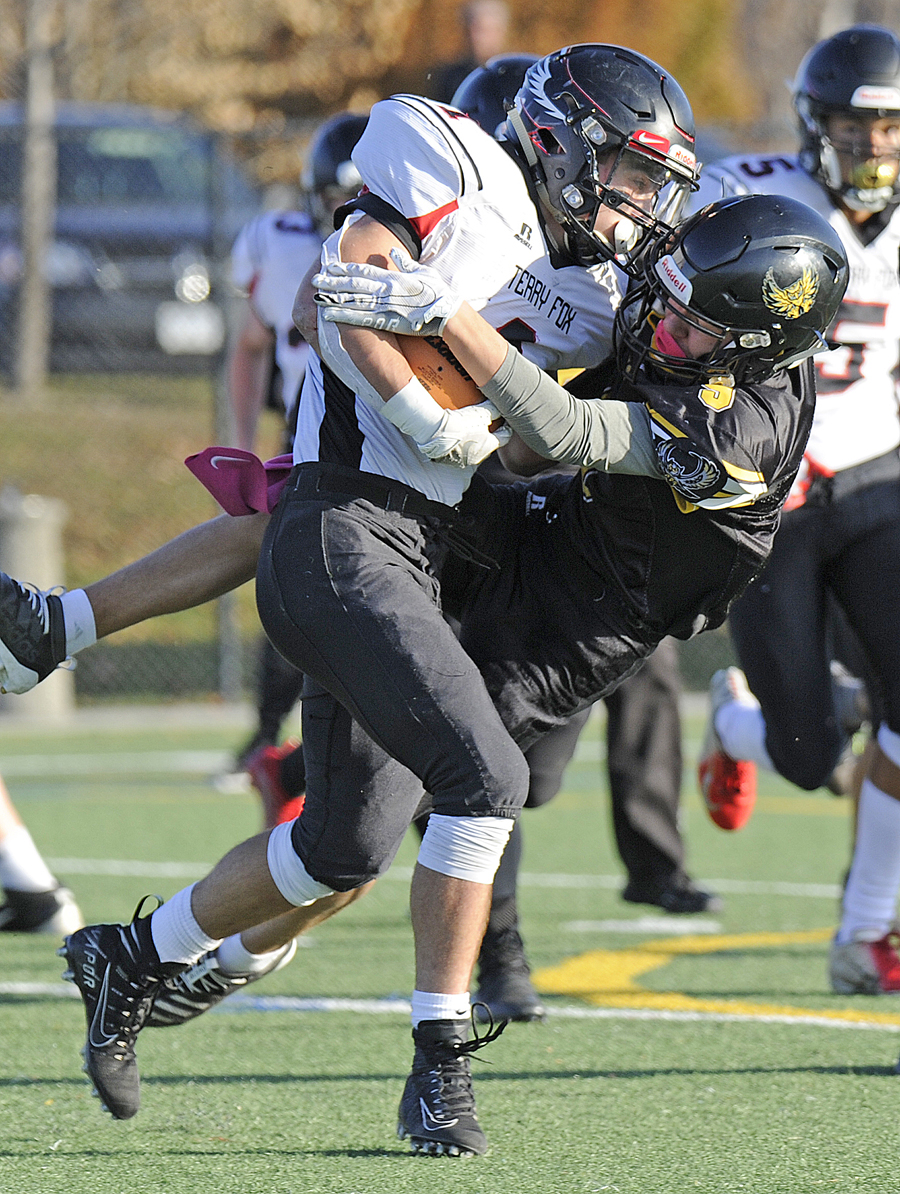