Despite their group of top producers being shut out for one of the very few times this season, the Kelowna Chiefs still found enough firepower to defeat the visiting Osoyoos Coyotes 3-1 on Wednesday and will take a 2-0 lead in their Kootenay International Junior Hockey League playoff series to the South Okanagan this weekend. 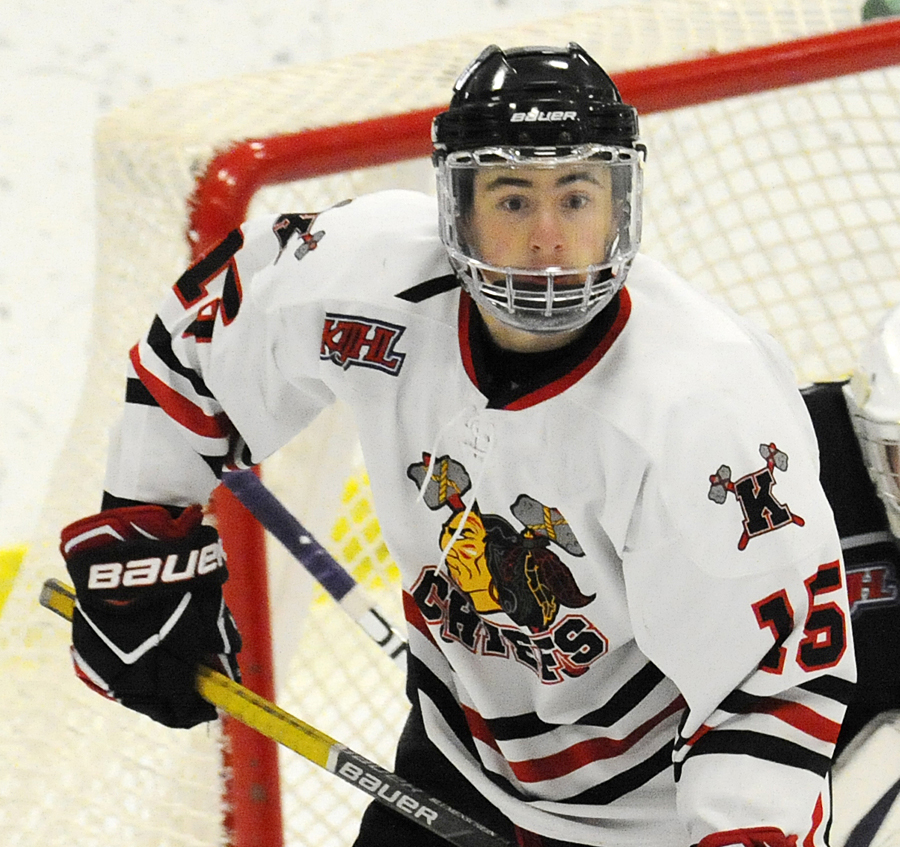 After cruising to a 10-1 victory over the Coyotes the night before, the Chiefs and their vaunted offence — particularly forwards Brody Dale, Zach Erhardt, Ryan Stack and Lane Paddison who combined for 21 points in the series opener — were stymied by a tightened-up Osoyoos defence and the outstanding goaltending of goaltender Daniel Paul.

The result was a scoreless first period at the Rutland Arena while the Chiefs had to rely on Jordon Woytas’ ninth goal of the season and Kayson Gallant’s 17th in the second period to claim their second win in the best-of-seven Okanagan Division semifinal. Juanre Naude added his 26th goal of the season and second in the playoffs to provide insurance early in the third period. 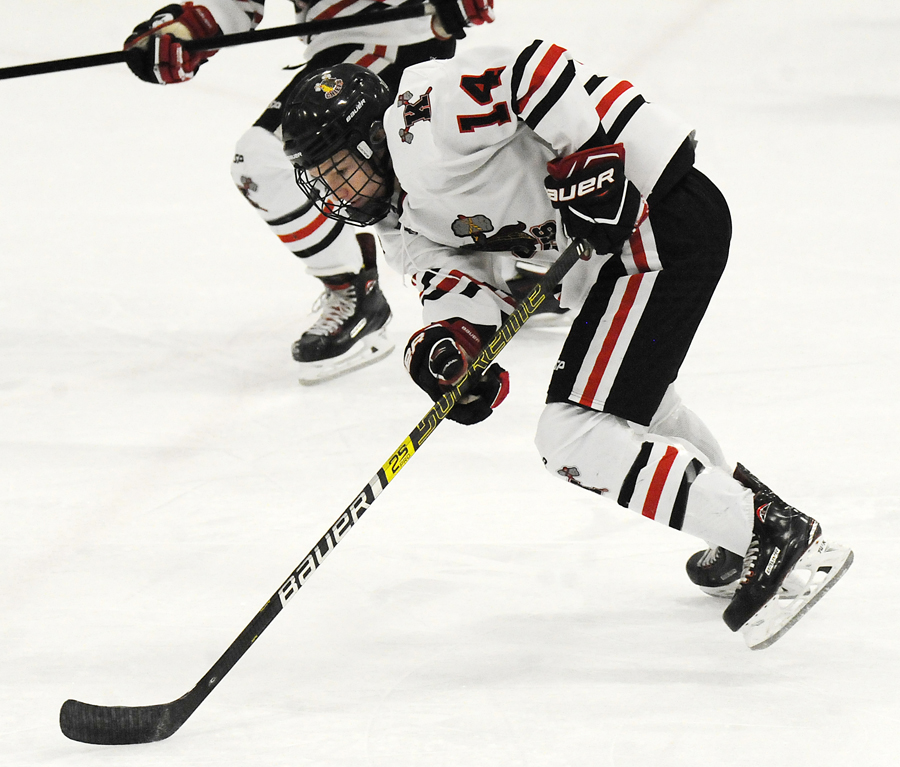 The Chiefs, first-place finishers in the regular season with 89 points, still controlled the territorial play on Wednesday and outshot the fourth-place Coyotes (37 points) 39-24.

Shane Zilka, having his shutout spoiled by Cole Rezka with 5:17 remaining in the game, earned the win in goal with his 23 saves while Paul took the loss in the Osoyoos goal, although his stellar effort earned him the visiting team’s first-star selection. 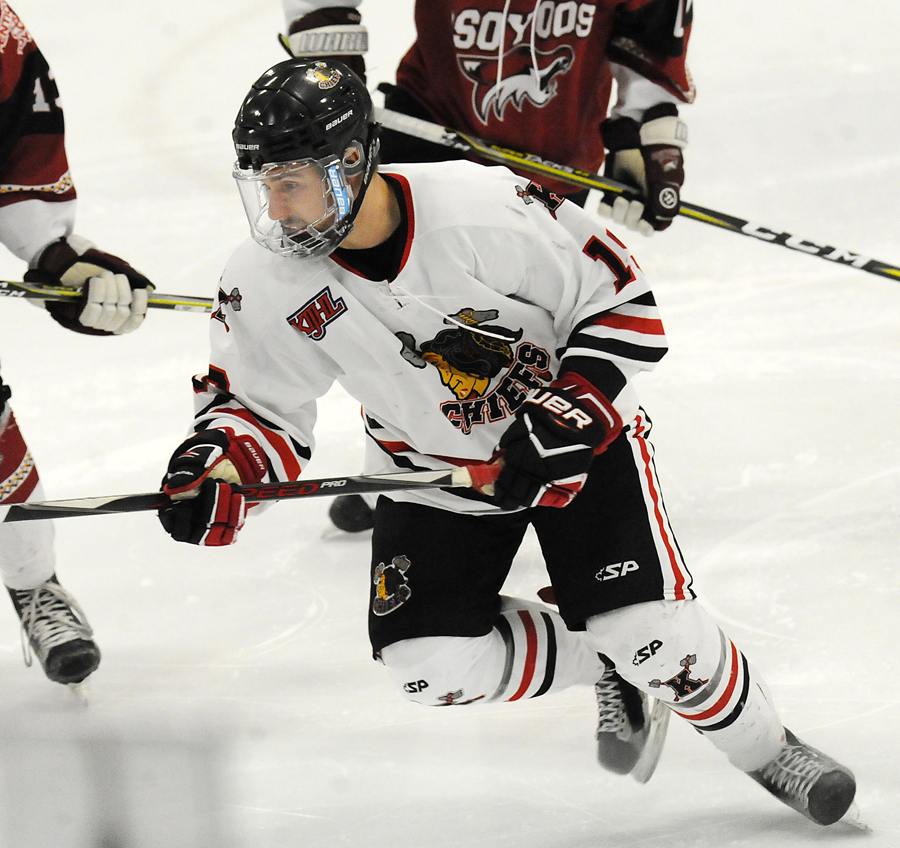 The third game of the series is scheduled for Friday at the Osoyoos Sun Bowl while the fourth game is set for Saturday, also in Osoyoos. A fifth game, if necessary, would be played at the Rutland Arena on Monday beginning at 7 p.m.

The winner of the series will meet the survivor of the other Okanagan Division semifinal between the second-place Summerland Steam and the third-place Princeton Posse.

A 6-2 win by the Steam on Wednesday evened that best-of-seven series at 1-1 after the Posse had upset Summerland 7-6 in overtime on Tuesday.