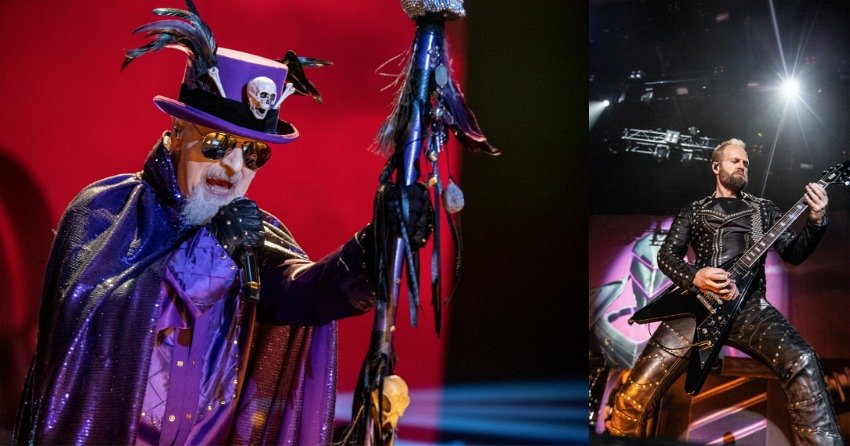 Judas Priest prove they are the 'Metal Gods' at Kelowna show

Known for playing an integral part in the inception of metal as we know it, Priest are only months away from celebrating their 50th anniversary as a band and according to their performance on Sunday — they are showing no signs of slowing down. 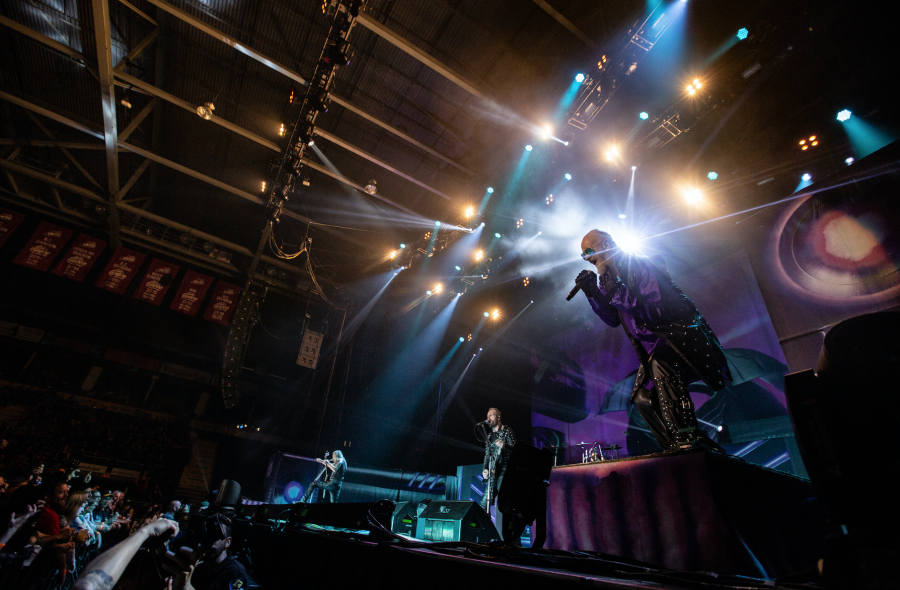 We sat down with founding member, Ian Hill, prior to their set to talk about all things Firepower, fans, the internet and more!

Hot off the release of their latest album, Firepower, Priest put on a show that spanned across decades of material, boasted the group’s versatility and displayed the immense prowess of both veteran members and those new to the lineup. 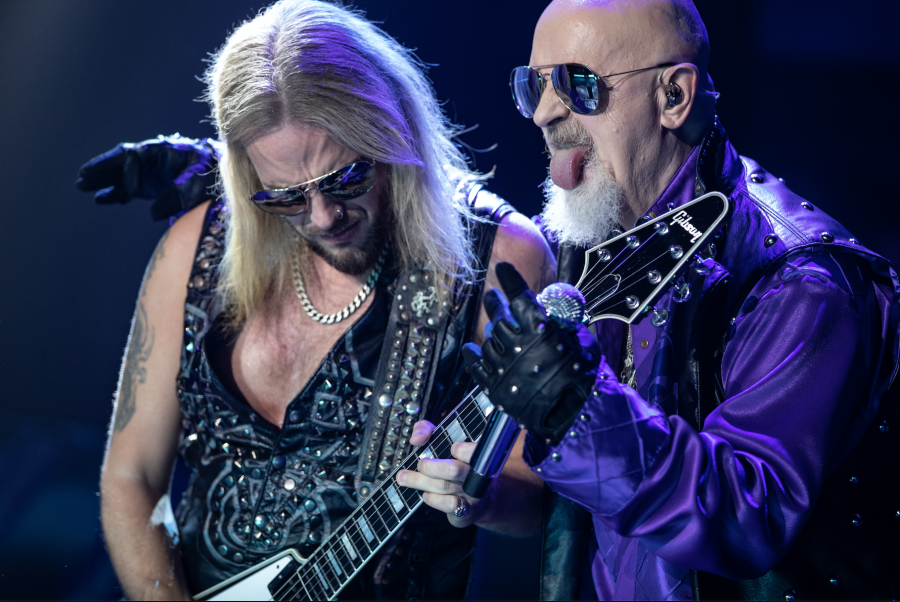 Throughout their near two hour set, Priest had a tough job of balancing a set list that combined greatest hits, deep cuts for die-hard fans and new material.

In true Priest fashion, the band had a dramatic entrance filled with smoke, moody lighting and Black Sabbath’s “War Pigs,” building up the anticipation even higher before launching right into new track “Necromancer” to get the night started. 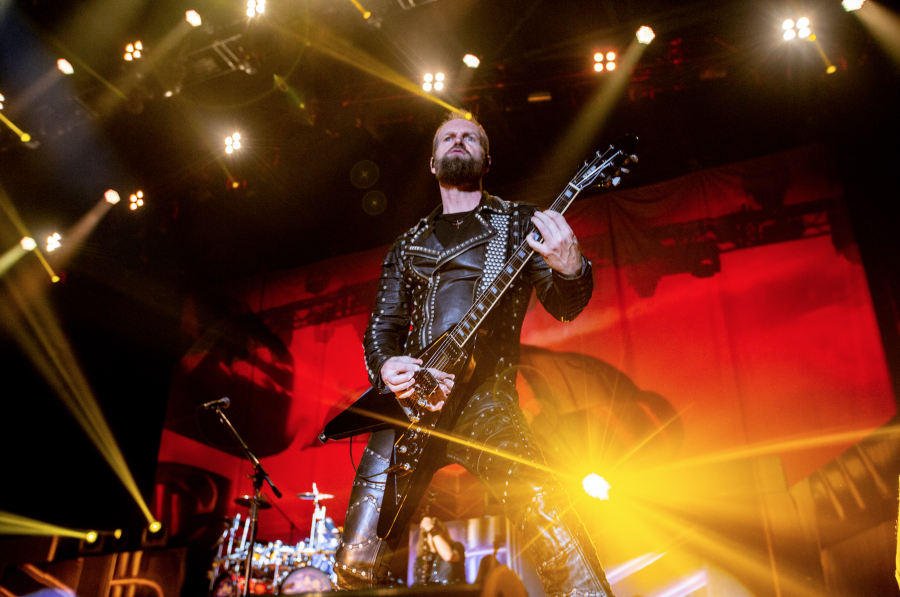 The 17-song set was tightly packed with hits from all decades and leaned on material from their newest album, which was not necessarily a bad thing.

While they may not have played all favourites, skipping out on tracks like “Rock Hard, Ride Free,” “Metal Gods” and a few others, the new music they did play was almost better — as the passion and love in which they presented it shone through on bangers such as “Spectre,” “Traitors Gate” and obviously, “No Surrender.” 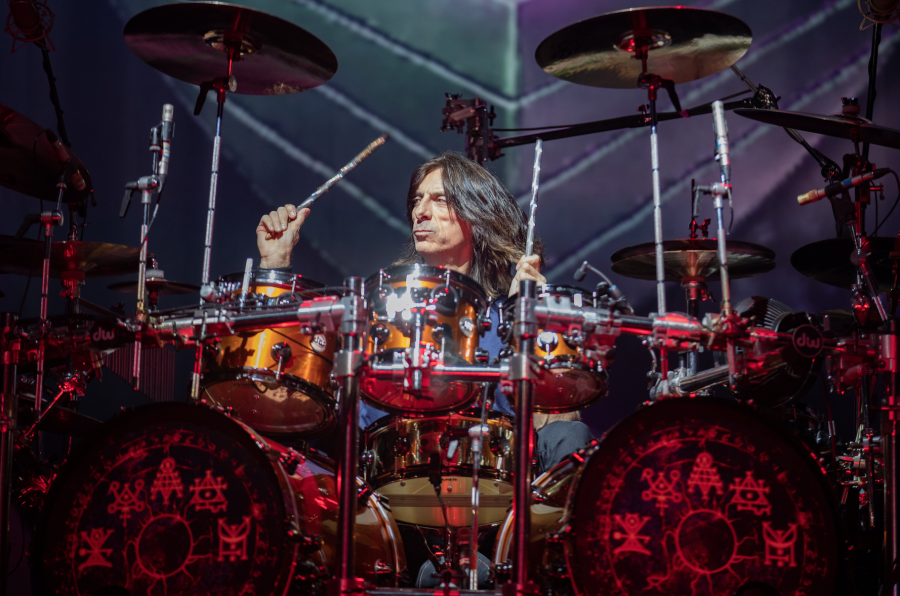 Despite founding members Rob Halford and Ian Hill each being just a few years shy of 70, the two of them, along with the rest of the band, are on the top of their game — as they put on a show that could stack up against their 1983 performance at the US Festival in San Bernardino. 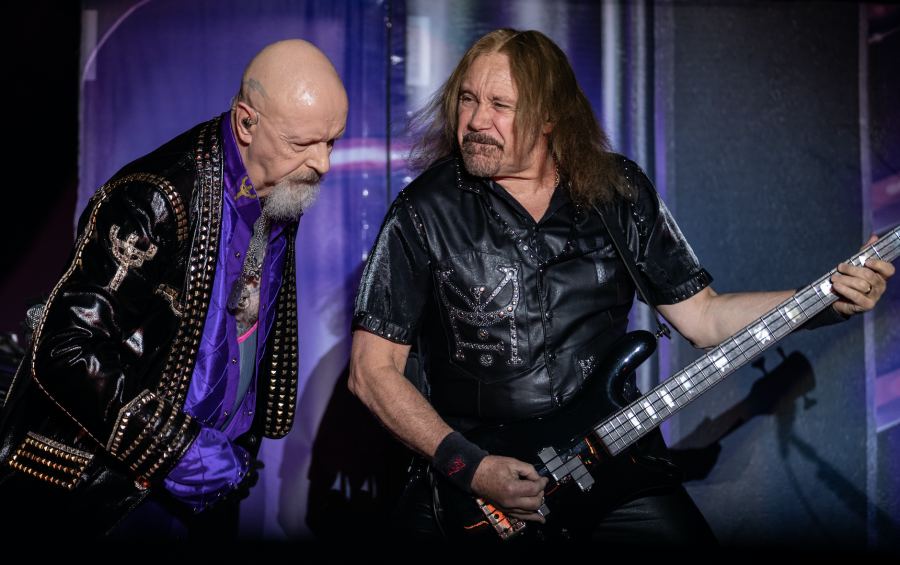 Halford hit notes you wouldn’t expect to still be in his repertoire, going from death-metal inspired gutturals on 2014’s “Halls of Valhalla,” to annihilating the piercing highs on songs from passed career peaks like “Victim of Changes” and “The Sentinel.” Scott Travis kept the pace with ferocious double kicks and hefty cymbal crashing while newer additions Richie Falkner and Andy Sneap brought a modern edge paired with a classic hair metal stage presence, all the while soaring through the intricate solos and rugged riffs put in place by K.K. Downing and Glenn Tipton. 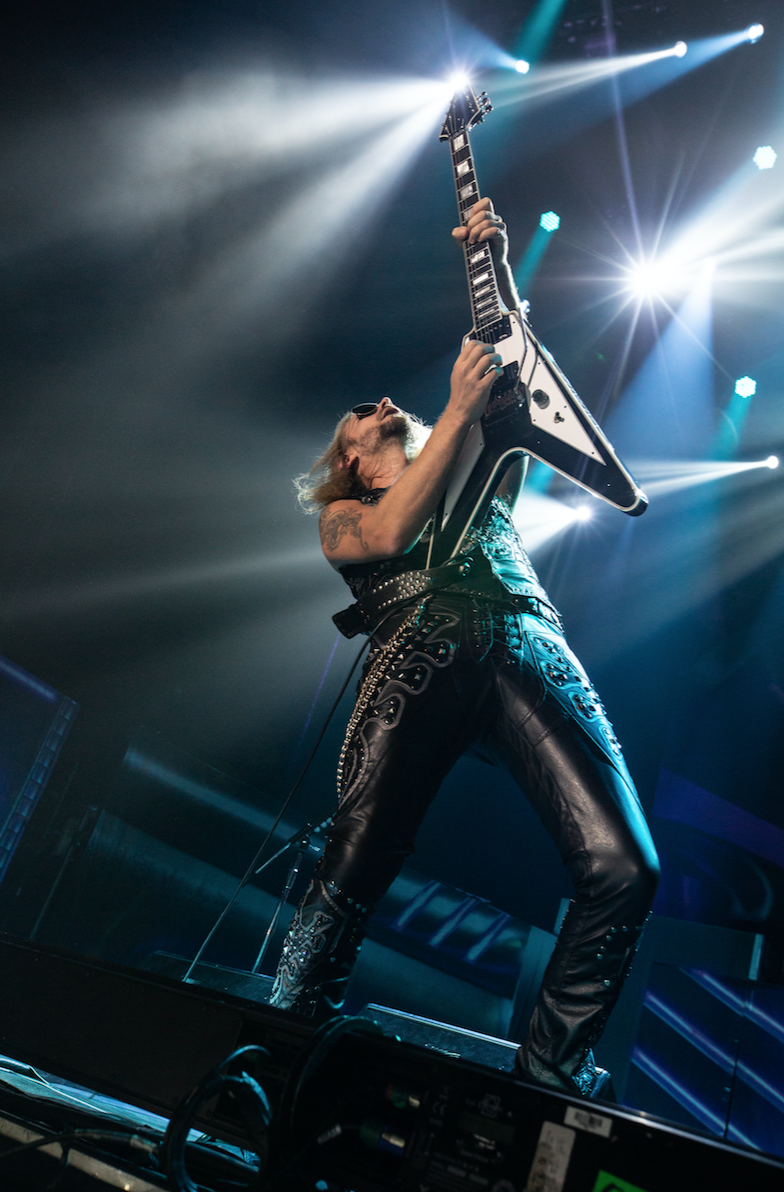 You never quite realize how experimental Priest has been throughout their career until you see them live as they pulled a nugget of gold from each era and key albums.

Whether it was the speed of Painkiller, the catchy hard rock vibes put forward by Point of Entry, the death tinted heaviness behind Angel of Retribution or the synth-ridden goodness of Turbo — Priest have managed to touch on a number of sub-genres throughout the years, always keeping their music current and relevant, which is part of the reason the arena was packed with fans young and old. 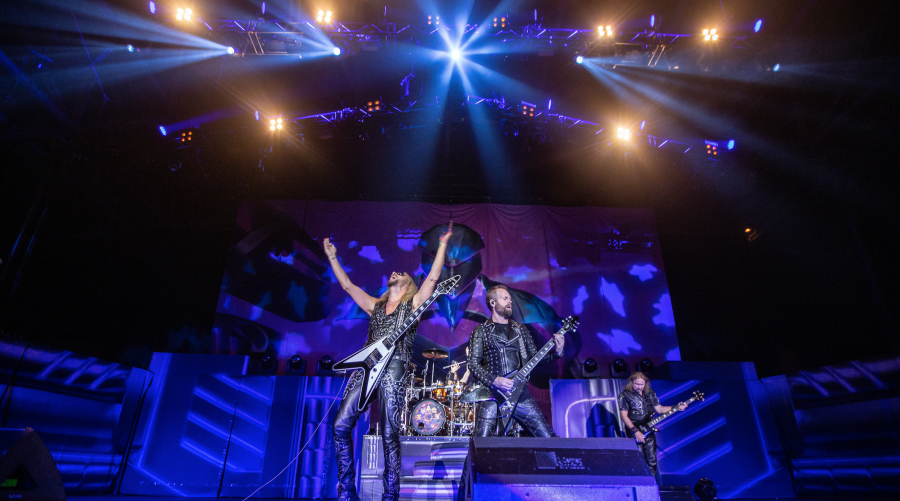 No matter what song came next it was met by thunderous applause and earth-quaking cheers from a nearly packed Prospera Place.

Fans disregarded the seated floor and made their way to the front of the stage eager to get closer to the metal forefathers, and the adoration was returned. 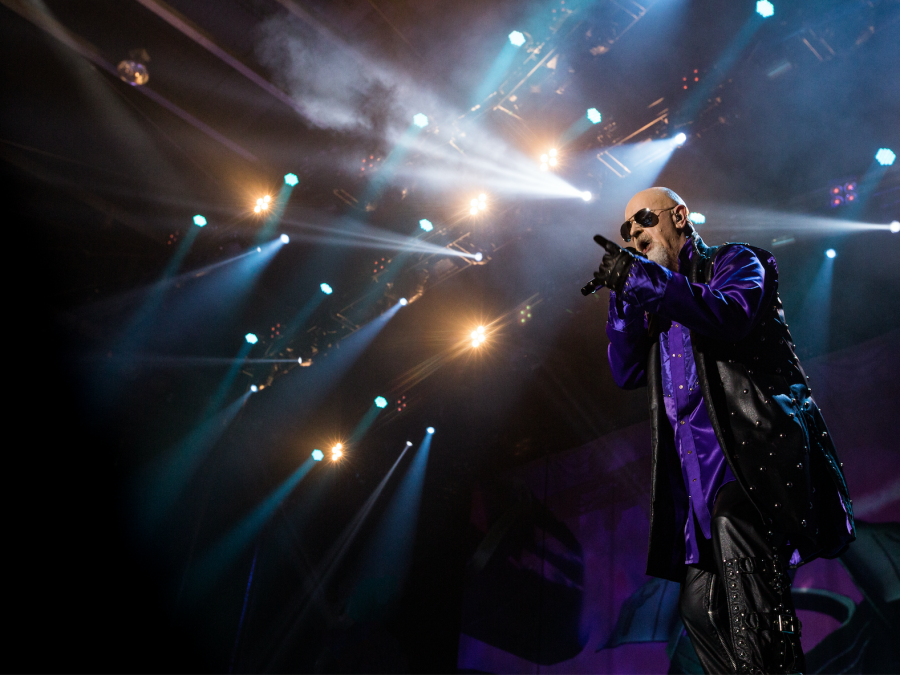 Halford often crept to the edge of the stage to stare out into the sea of people, feeding off of their energy as we did his.

While the entire show had things cranked to 11, the three-song finisher really took things to new heights. Following an incredible performance of “All Guns Blazing,” (and I mean incredible, my mind is still blown I got to witness it in person) and a tribute to Glenn, who is currently battling with Parkinson’s Disease, the band left the stage. 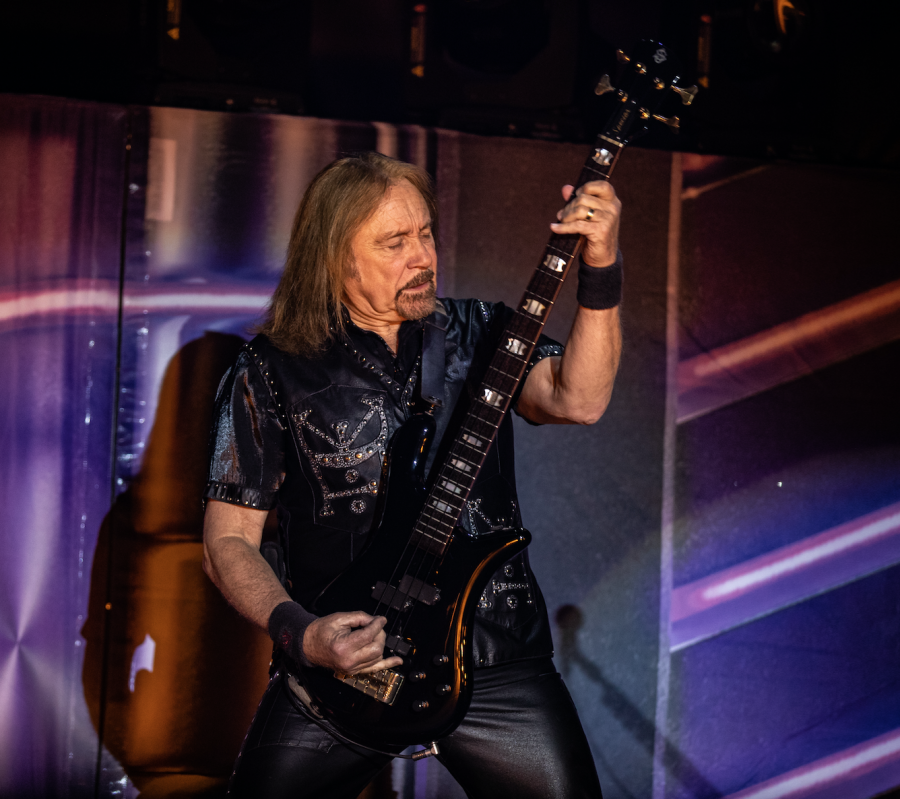 Moments later the familiar revving of an engine sparked the loudest eruption of cheers all night, out rode Halford on a massive motorcycle once again in head to toe leather and ready to give the performance some fans had been waiting all night for. 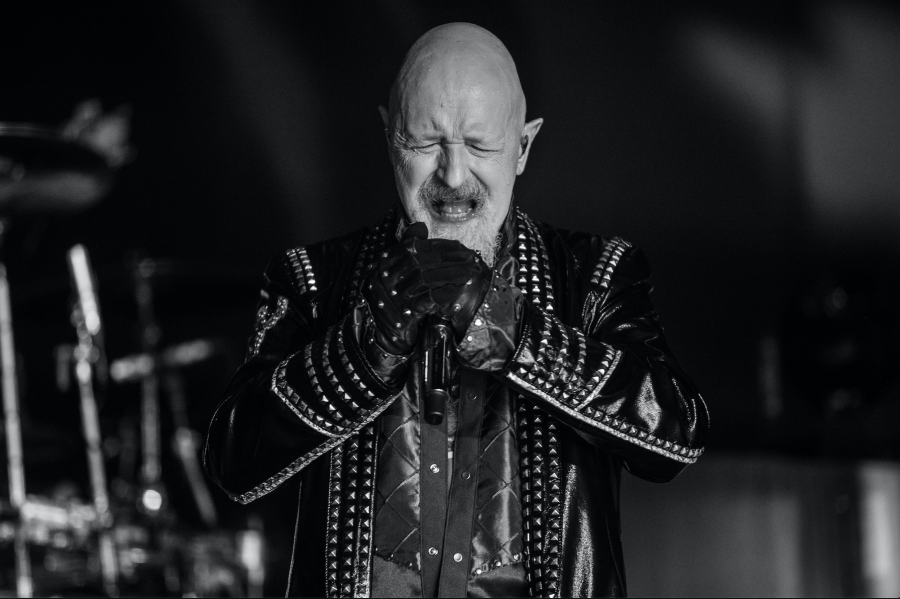 Priest burst into one of the band’s anthems “Hell Bent For Leather,” which prompted a mini mosh pit right at the front of the stage. It was followed by the rebellion stricken “Breaking Law” that had fists pumping the air and horns raised to the sky. 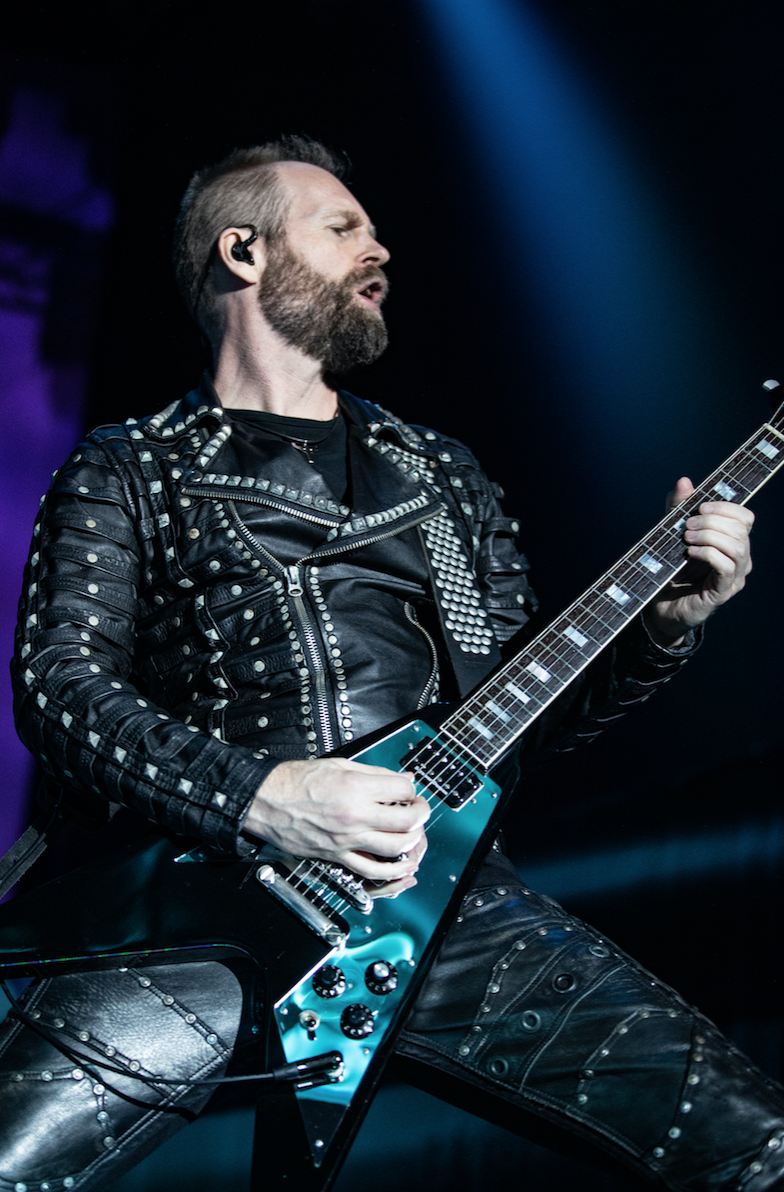 To end off what most certainly would be the best show to pass through Prospera Place in years — the instantly recognizable first notes of “Living After Midnight” rang out and nearly everyone in the arena was up on their feet with arms draped around their neighbour, their heads banging to the point of whiplash. 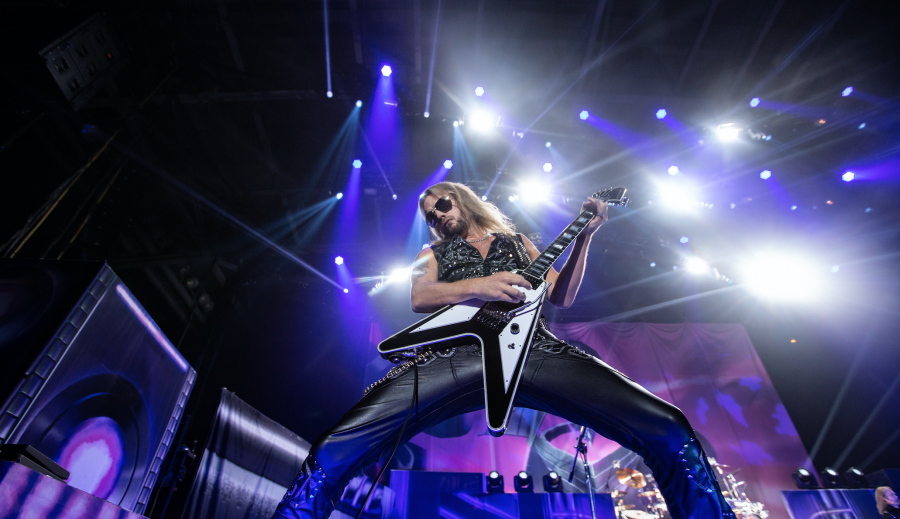 After throwing their picks and sticks into the crowd the metal god bowed out to Queen’s “We are the Champions” as a banner lowered that promised, “The Priest will return.”

In addition to giving fans the opportunity to cross these legends off their concert bucket list, Priest reminded us that music is much more than just something you listen to, it is a way of life, a place to feel safe and something that connects us all. 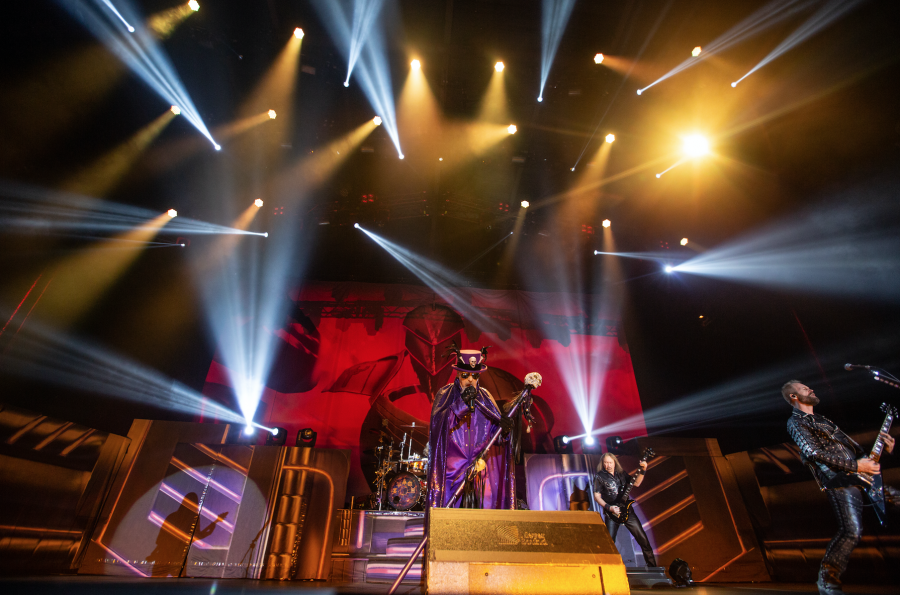 As Rob Halford put it to fans on Sunday “We are a heavy metal community, we take care of each other and look out for one another — it is a beautiful thing,” 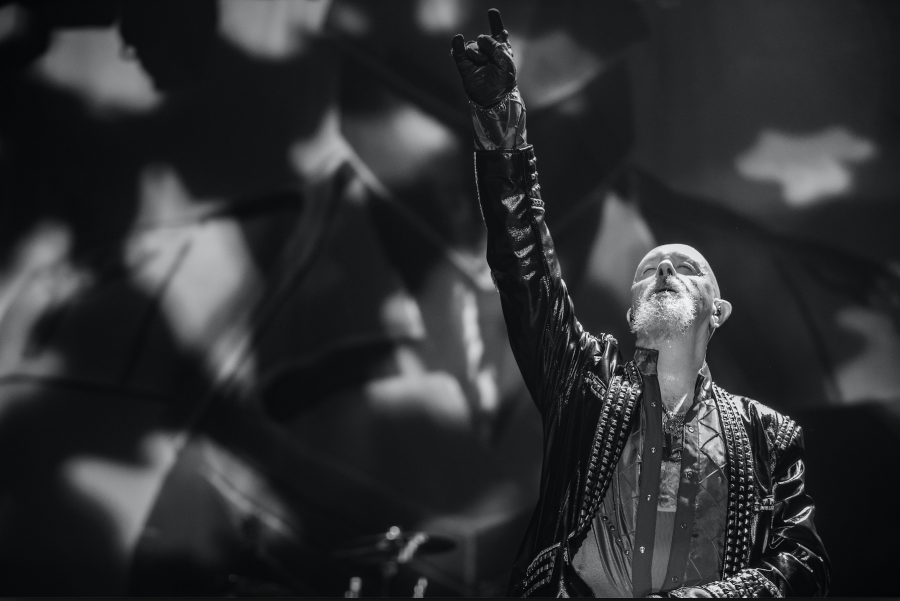 Let’s not forget to mention that Uriah Heep put on a performance worthy of a headlining show. 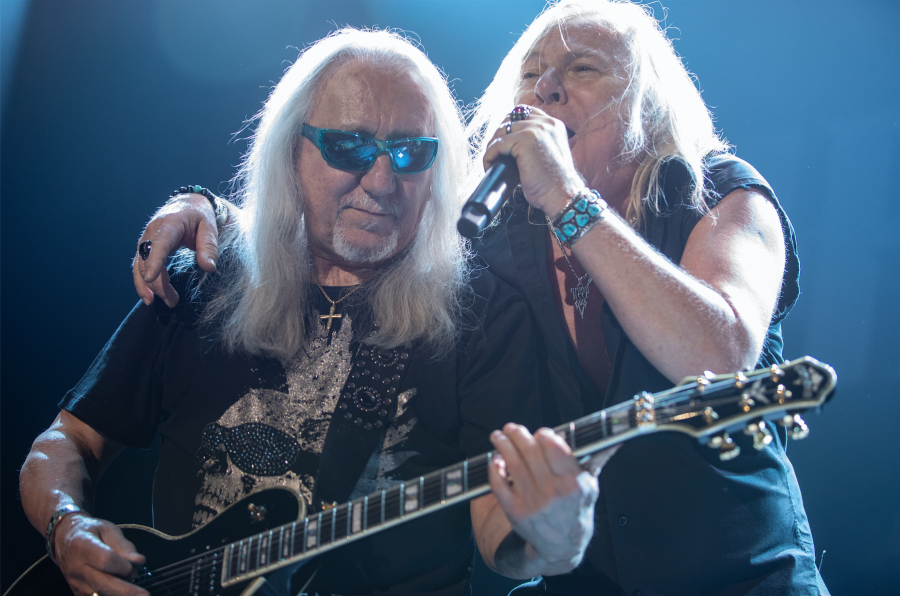 Filled with immaculate vocals from Bernie Shaw that could challenge David Byron at his prime, face-melting solos from legendary guitarist Mick Box and a set list that catered to fans while still showcasing the band’s new and seriously deadly material — the mighty Heep proved they’ve still got it and undoubtedly made some new fans here in Kelowna. 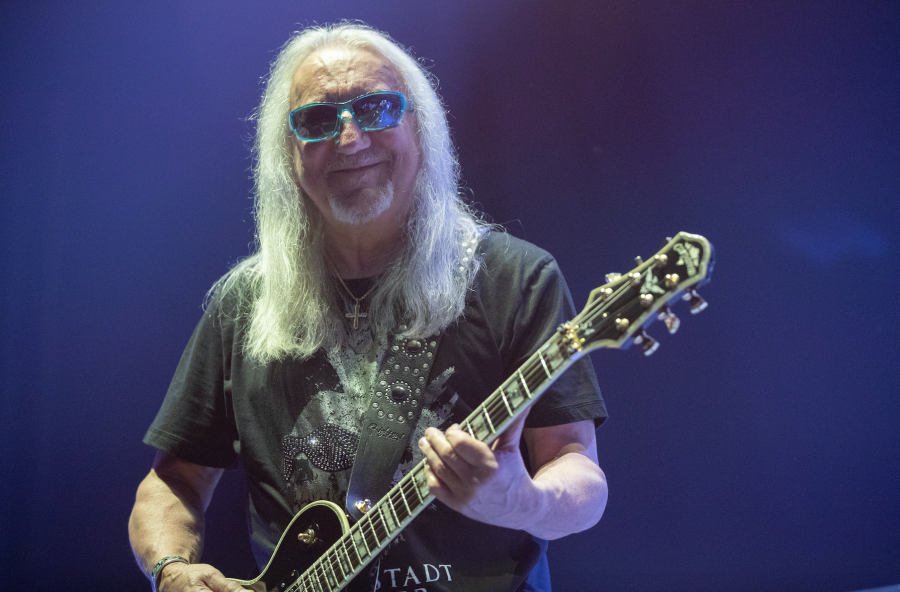 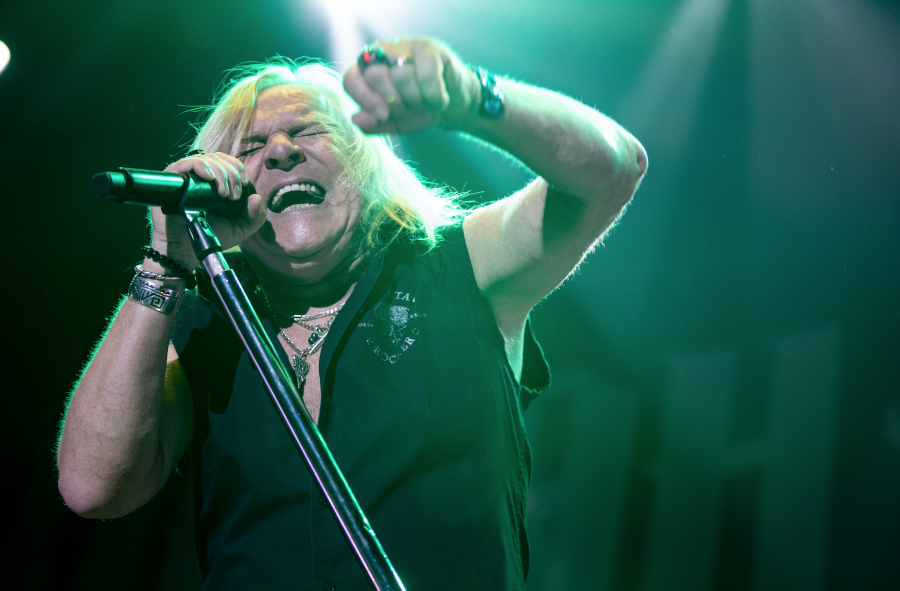