Halloween arrived early in the Okanagan as Swedish demonic rockers, Ghost, performed their first-ever ritual in Penticton on Saturday night.

Transforming the SOEC into a satanic cathedral, the ever-so-charming Cardinal Copia backed by his heptad of nameless ghouls, put on a spectacle that will haunt our dreams for many nights to come. 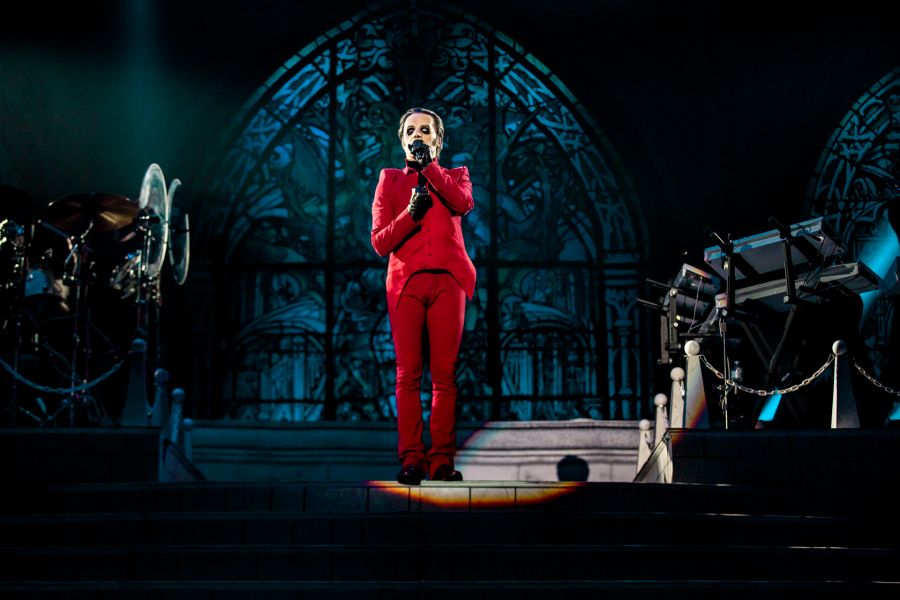 The turn out was shockingly less than anticipated for an act of this magnitude, which once again raised the all too common question of where the mid-sized venues are in the Okanagan.

Regardless of the empty seats, the audience was comprised of the most dedicated ghouls and ghulehs decked out in full costume and makeup, ready to rock and or roll. 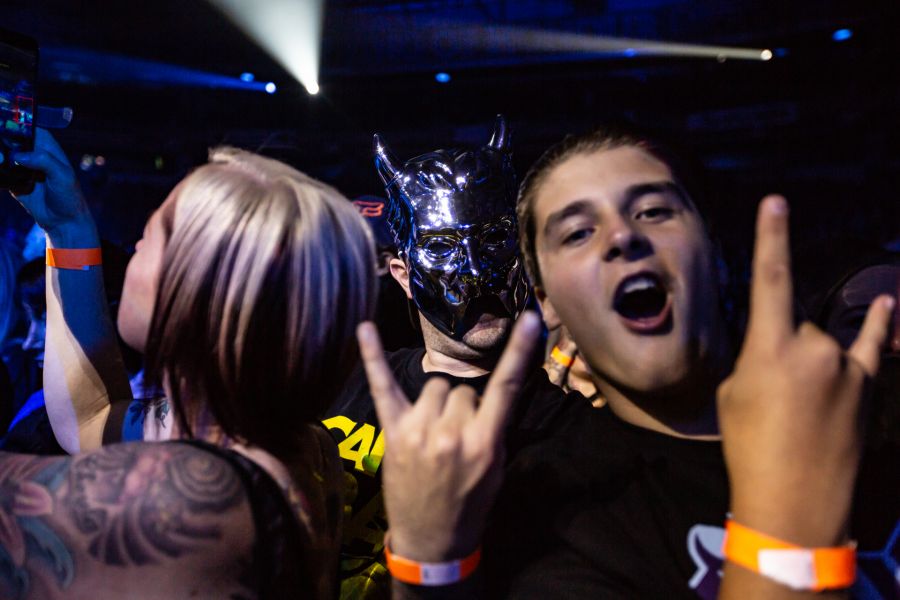 Prior to curtain drop, choir hymns rang through the arena. The lights cut completely just as the spine-chilling opener “Ashes” boomed out in an eerie child’s voice, leading the band into a vile performance of “Rats” from 2018’s Prequelle. 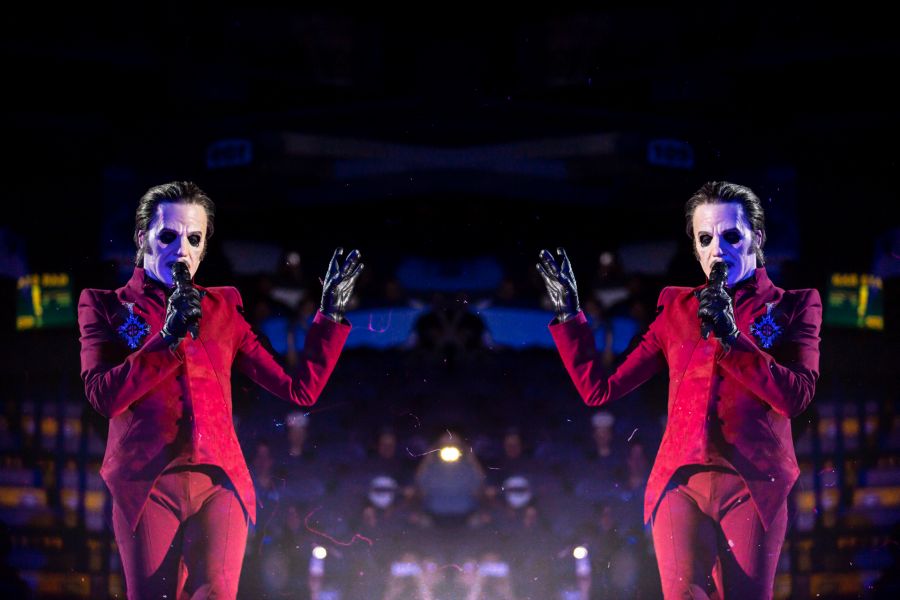 Ghost is a paradox, that is the best way I can describe them.

The juxtaposition between their aesthetic, music and lyrical themes is one that is equally as confusing as it is loveable, making them split many different musical communities right down the middle. 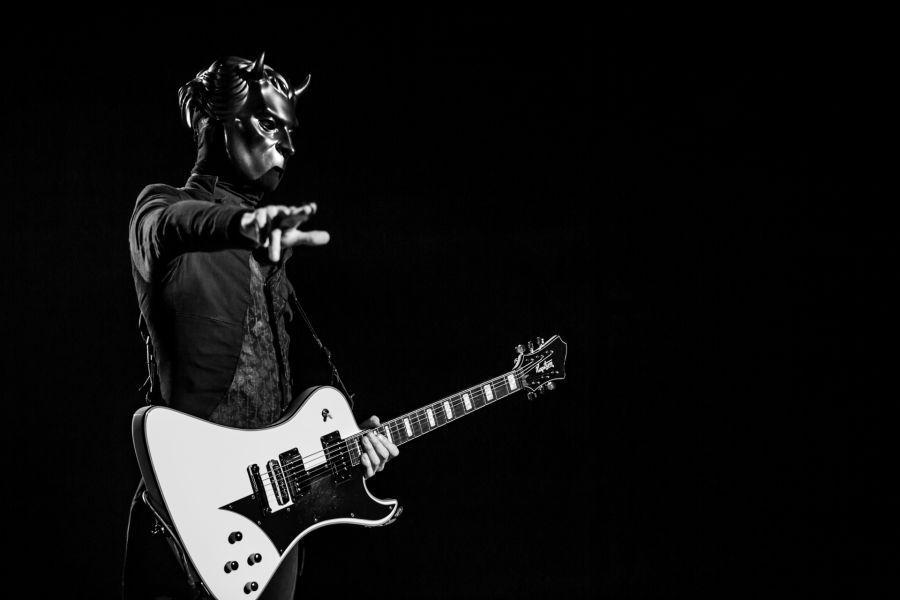 They are just one of those bands you can’t quite categorize into a genre, and last night’s performance was a perfect example of what I’m talking about.

The audience was taken from the blasphemous lyrics and infectious chorus of “Mary on a Cross” and “Dance Macabre” to the grueling and villainous riffs found in “Mummy Dust” or “Ritual” just minutes after one another other. 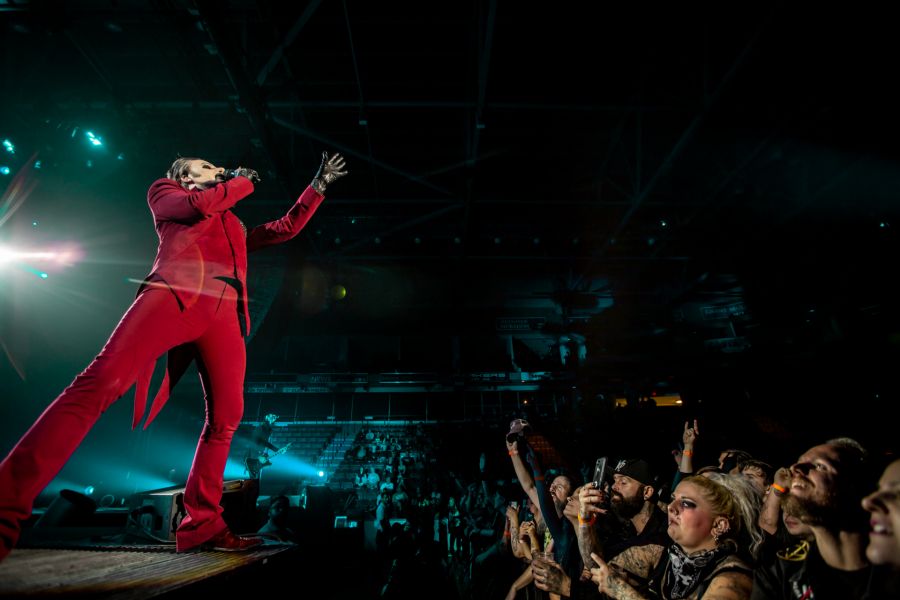 Undoubtedly it left many confused as to if they were in the presence of the love-child created by Black Sabbath and ABBA.

Even if you are someone who veers away from the occult or hates catchy hooks, there is no denying that Ghost are entertainers first and foremost. 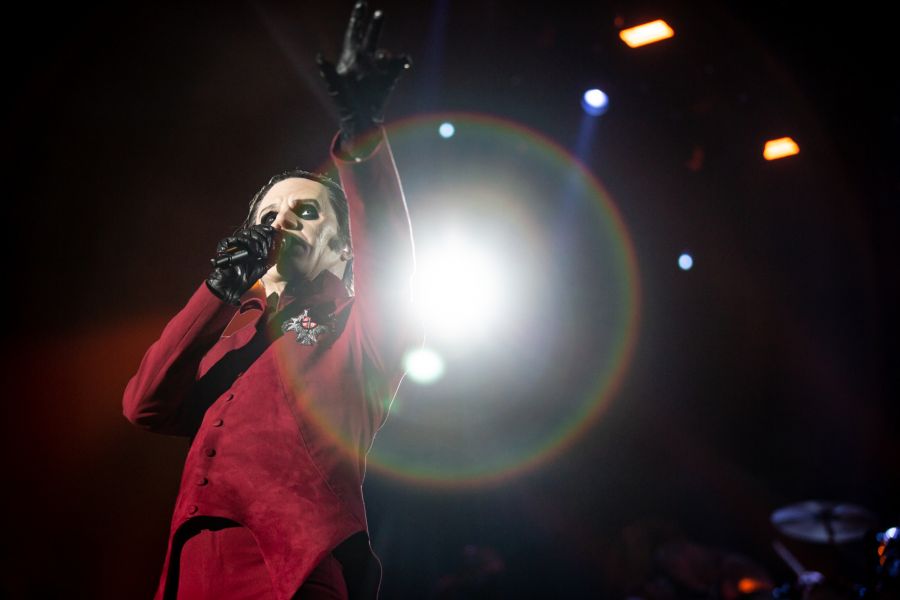 Throughout the 20 song set there was never a lull, it was a perfectly orchestrated performance but not one that felt overly contrived or robotic.

From the riff offs between ghouls and various costume changes to the saxophone playing pope, plague doctors and a tiny white tricycle — the gimmicks were everywhere, but I’m not mad about it. 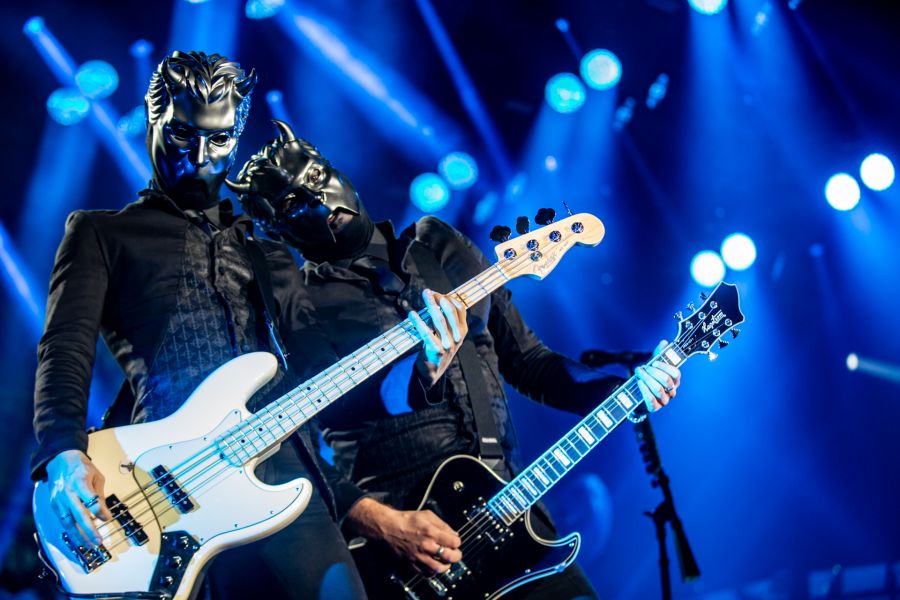 It is what happened between the gimmicks that really made the performance fascinating.

The fact that each member had immense prowess, the songs featured complex compositions highlighting a variety of uncommon instruments made for an impeccably tight set.

However, it was realizing that the band is really just a bunch of goofballs who, though a bit profane, were just as happy and eager to be there as we were— really made the show one of my favourites to date. 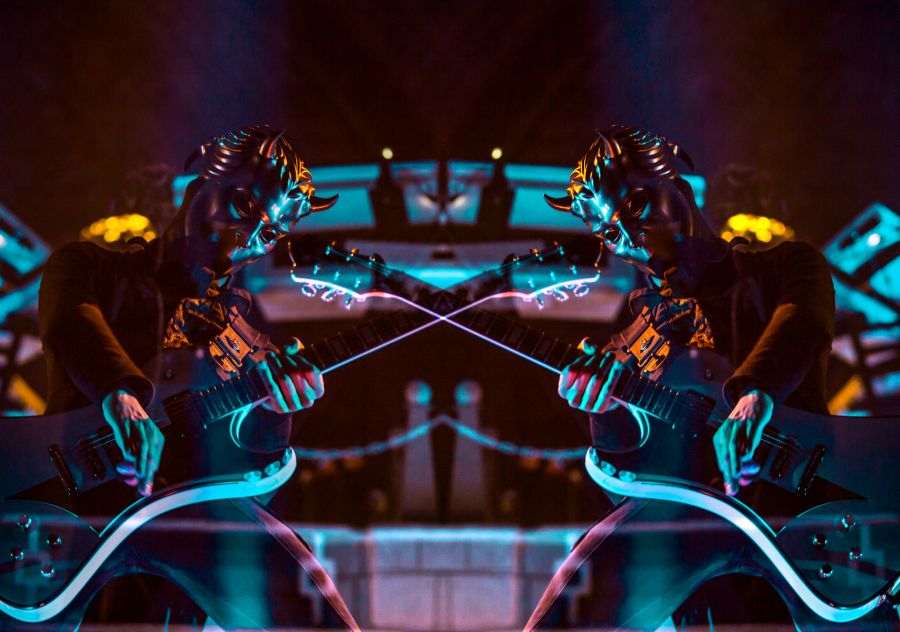 Also, the pyrotechnics and setlist were deadly! From a curtain of sparks, to fireworks, flames and even glitter cannons, there was so much going on all the time it was really hard to not be into it.

Favourites like “Square Hammer,” “From the Pinnacle to the Pit” and “Year Zero” were welcomed with tumultuous applause and high raising devil horns from the cozy yet rowdy crowd. 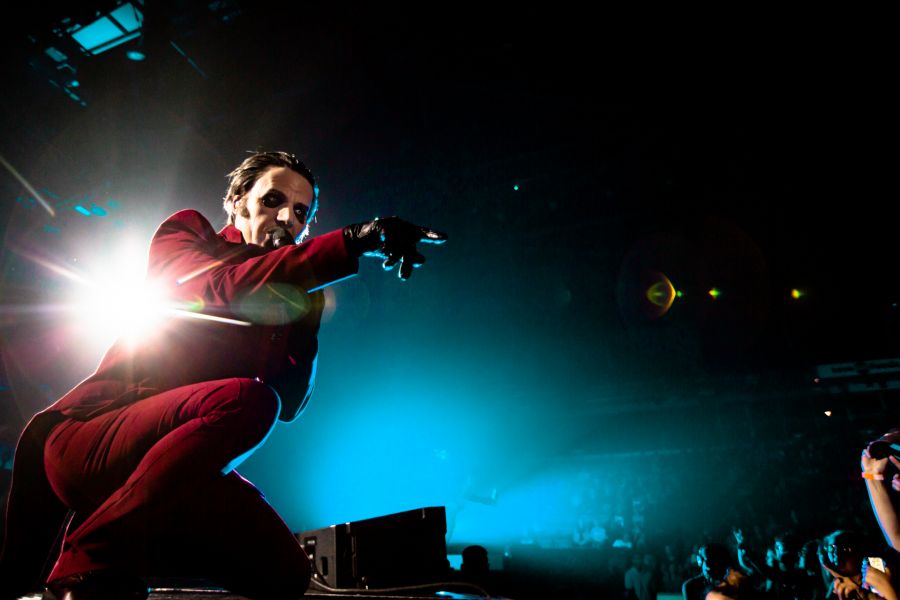 Even the band’s week-old track “Kiss the Go-Goat” had everyone up and off their feet singing every word.

All in all, these nefarious rockers gave fans there absolute all in a scrumptiously sinful performance, a solid 666/10! 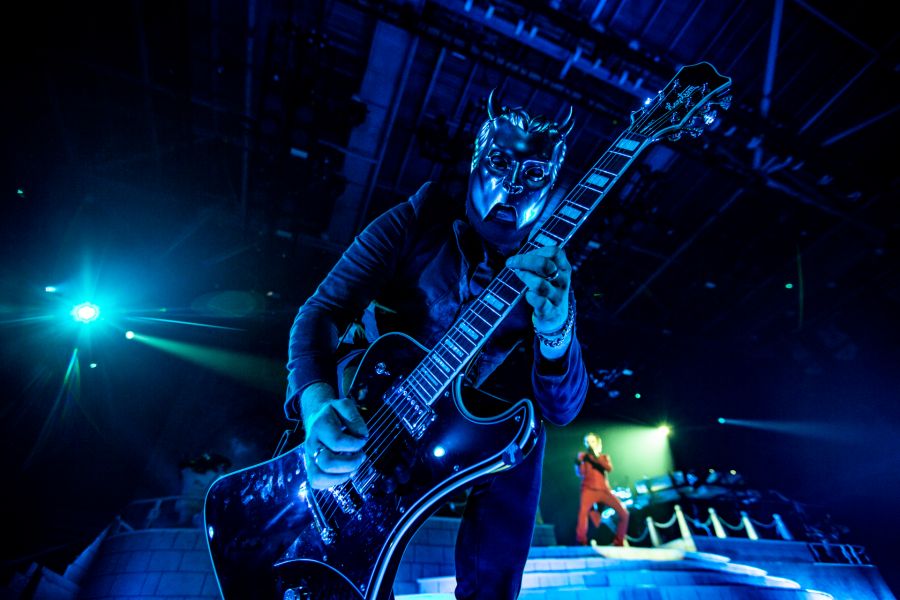