Playing to win: Striker talk about work ethic and independent representation ahead of Kelowna show

Heavy metal group Striker are making their way to Kelowna.

The Edmonton-based band have found impressive success thanks to their modern take on a throwback sound, a do-it-yourself attitude and an impressive work ethic that has helped them play over 100 shows throughout North America, Europe and Asia during the summer of 2017. 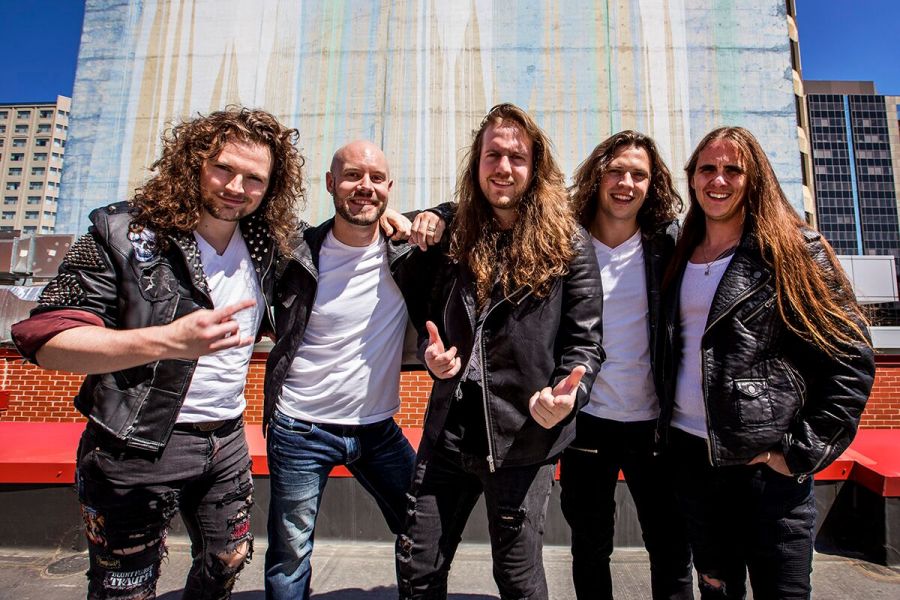 The pit stop at Muninn’s Post slated for Tuesday, July 2 comes amidst a busy summer of touring during which the band has been supporting heavy metal titans such as Death Angel, Holy Grail, Bewitcher, Anvil and Steel Panther.

“It's really exciting – I think every band’s dream is to get out on the road," said lead guitarist Tim Brown.

Next week’s show follows a stint of opening slots for glam metal group Steel Panther, a band that Brown says he and his bandmates have been fans of for many years.

“We’ve been huge fans since before they were Steel Panther, so it’s cool to be on tour with them,” he said.

“Our style of music is old-school metal with some hair metal, and there are not a lot of bands who are doing that — they are like a bigger version of us, so it is a good fit.”

While their music is heavily influenced by metal pioneers, Striker work hard to be original despite having their music compared to the essential (and oftentimes overplayed) riffs and melodies of passed metal eras. 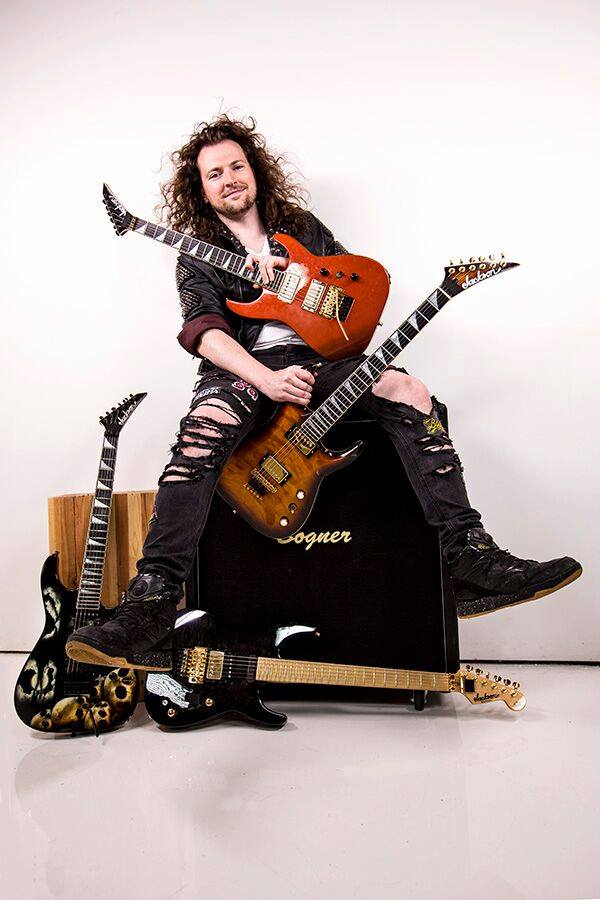 “You can only rewrite the same songs so many times, there are only so many ways you can pull these influences before it gets repetitive — and we want to write new stuff,” said Brown.

“We get lumped into the new-wave heavy metal genre because people don’t really know where to put us, and I see where they are coming from because our sound has a lot of melody, much like everybody’s favourite bands from the ‘80s.”

“We grew up with the old-school speed metal sound, but if you look at the metal industry as a whole the bands that are just focusing on old music aren’t going anywhere,” he added. 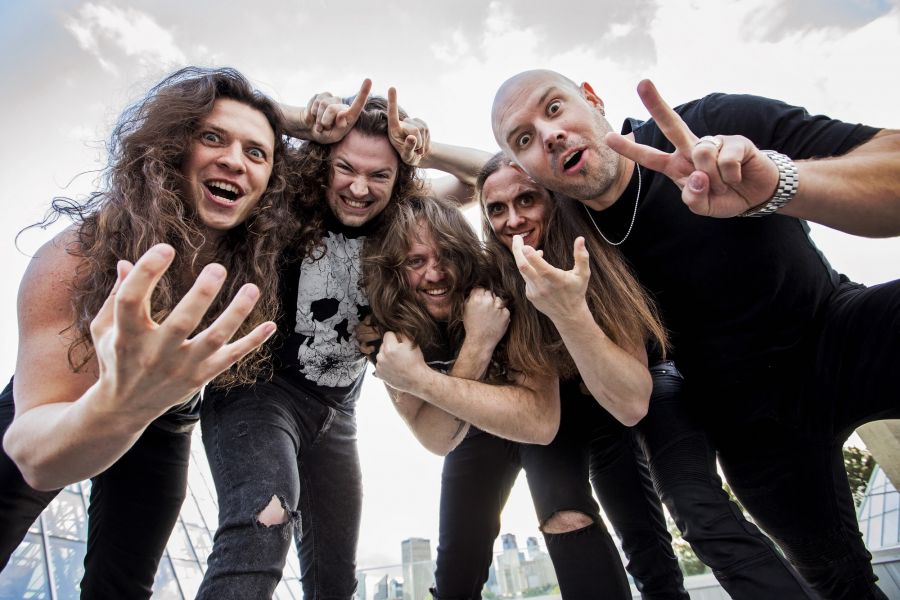 According to Brown, the group’s latest album, Play To Win, is working at helping them break out of the old-school mold they’ve been placed in.

“It is our sixth album in three years, we have been doing a lot of writing and as a writer or musician you want to do different things, the bands that get the biggest are the ones trying new things, which is why we snuck in some synth and keyboard stuff this time — we haven’t heard a lot of new bands leaning toward that and we try to not sound like anyone else,” he said.

While success for their craft is the ultimate goal of any band, Brown and the rest of Striker refuse to compromise on their beliefs or music just to catch a break.

“For us, our biggest thing is that we make music that we want to hear," he said.

"Everybody goes through phases in what they like but as long as people are making music for themselves and being true to themselves then that is what matters."

The group left their agreement with Napalm Records a few years ago, going on to create their own independent label – Record Breaking Records – with the help of government grants, a change that Brown describes as “night and day.”

“There is no comparison for the differences – everything you choose to measure us by has been way better and way bigger since we’ve been independent,” he said.

“We’ve been in the music industry for over a decade and every time we try to do anything we find out we are going to do a better job ourselves,” he added.

Not only does Brown believe the switch to becoming indie was the right move for Striker, but an avenue that any artist should consider going down.

“The only thing that will help you move forward is yourself – you just have to do it,” he said.

“For us, every time we do something, the universe conspires to stop us. Whether it is someone telling us ‘No’ or the van breaking down, it's always a hurricane of things that go wrong — but you have to persevere and get through it and if you make it to the other side there are a lot of cool things you can do in life.” 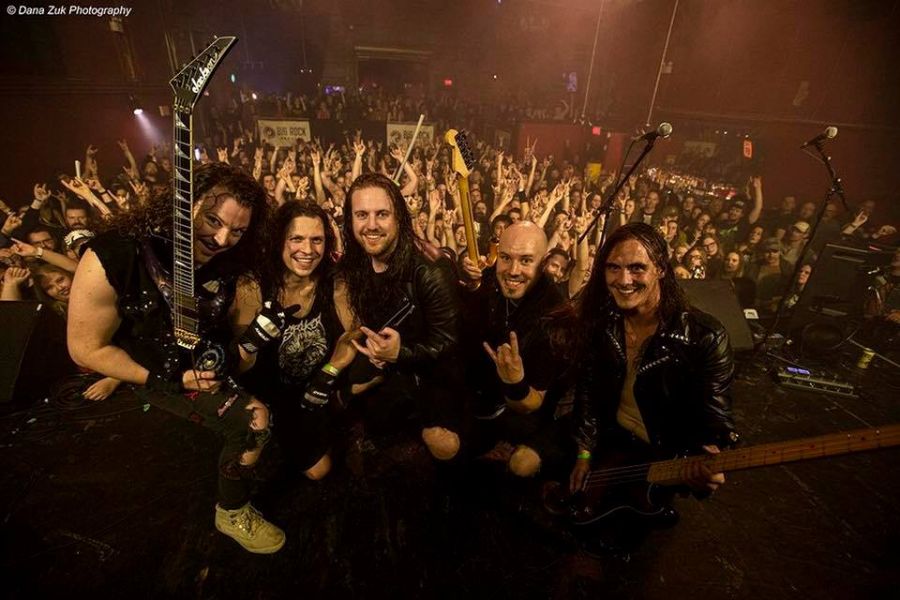 However, the leap to independence is not an easy one, according to Brown. Not only is the band working tirelessly to hone their skills, they are also doing all the behind-the-scenes paperwork to help get them to where they are today.

“We really want to be full-time musicians," he said. "That's what I want to do. I want to be out on tour, be recording and doing that stuff, but for us we have to do the back-end legal work, writing grants and all the stuff people don’t want to talk about in order to do the fund stuff.

“But that is what drives us, we all feel really at home on stage — all our families have been involved in music so it's in our blood, we do everything we can in order to get back on stage.” 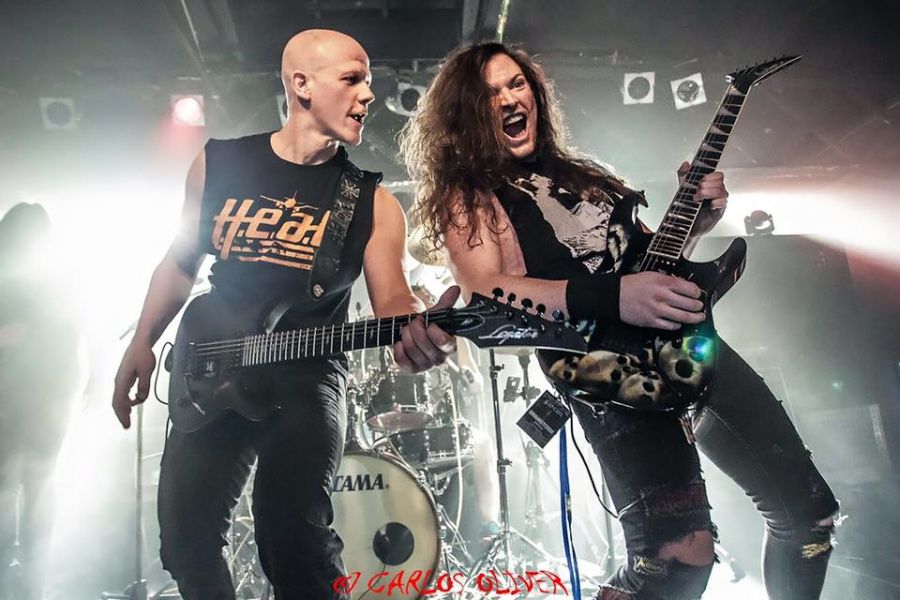 Brown says the band has big plans in the works as, in addition to their North American dates this summer, they are working hard to jet over to Europe, Asia and Australia – but first, they are just stoked to make it back to the Okanagan.

“It has been a while since we have played Kelowna, last time we did I think it was 2013 so it should be fun!” said Brown.

Striker is set to hit the stage with Mexico’s Lost Nebula and Kelowna’s own ArkenFire next Tuesday at Muninn’s Post. The all-ages show starts at 8 p.m., with tickets available at the door for $20. 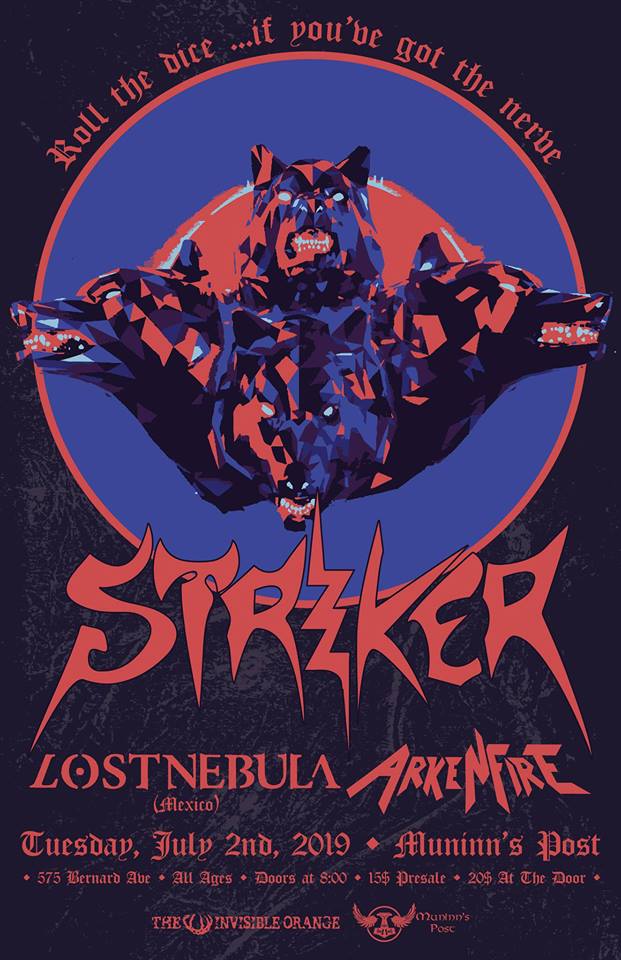