Slayer’s farewell tour is coming to the Okanagan

The bad news is that Slayer is calling it quits.

The good news is that they’re going out with a bang.

Slayer has planned a massive farewell tour and they’ll be joined on the road by an all-star lineup. 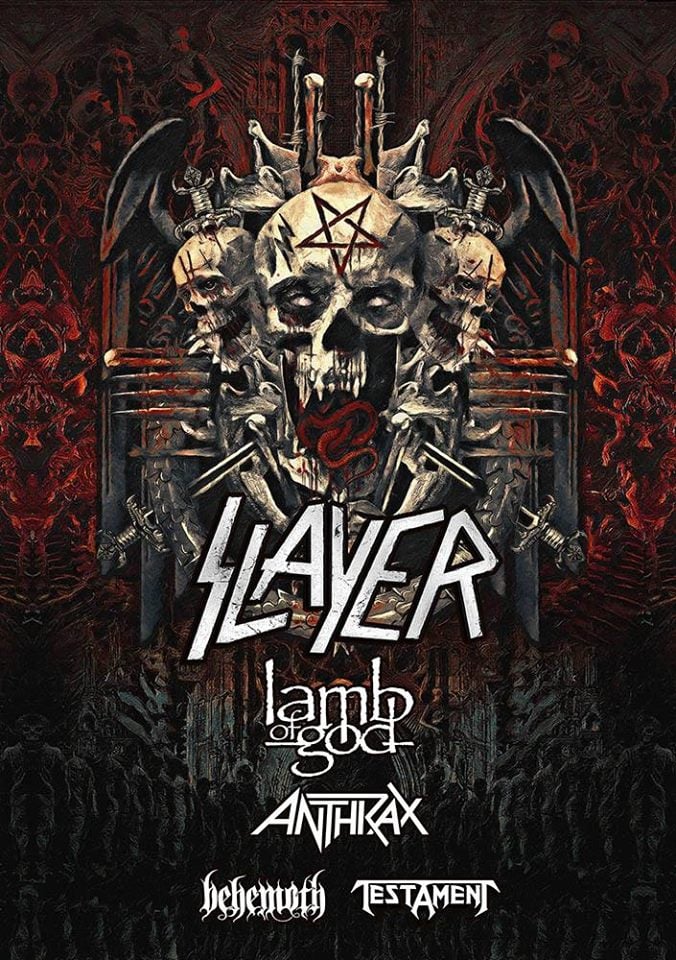 Lamb of God, Anthrax, Behemoth and Testament will all be joining the band when they play the South Okanagan Events Centre (SOEC) in Penticton on May 17.

Tickets go on sale to the public on Friday at 10 a.m. through Valley First Tickets or at the SOEC box office.

There will also be a limited number of meet and greet packages available.

Slayer has played nearly 3,000 concerts worldwide over their three and a half decade career.

They announced “the end is near” on Monday morning with promises of a major farewell tour, and they didn’t disappoint.