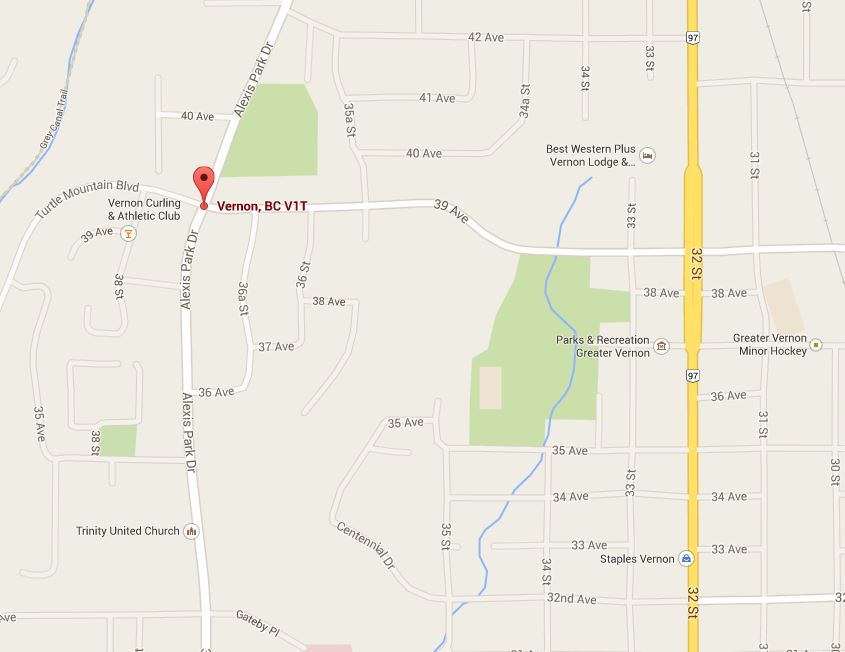 Location of the crash in December, 2014 (Photo Credit: Google Maps)

A 44 year old Vernon woman remains in hospital in Vancouver nearly three months after a serious hit and run and a suspect has finally been arrested.

An accident occurred on December 3rd, 2014 at the intersection of Alexis Park Dr. and 39th Avenue in Vernon between a blue jeep and a Hyundai car. Immediately following the crash the driver of the Jeep was seen running from the scene.

The woman remained in her vehicle and was initially taken to Vernon Jubilee Hospital, but her injuries were so significant she had to be transferred to Vancouver for care. RCMP says she has sustained serious injuries to her result as result.

Insp McNamara said, “A team of officers were assigned to this case. They never gave up on finding the person responsible for this terrible crash that left a seriously injured woman trapped in her car.”

A 22 year old Vernon resident has now been arrested in connection to the incident and faces charges. Vernon RCMP credits the media and public for help in identifying the suspect. His name has not been released.