It was another productive summer in the backcountry for Raymond Imbeau and Barbara Kitz, with Central Okanagan Search and Rescue once again reaping the benefits.

For a third straight year, the couple spent their summer months cleaning up the backcountry, focusing on collecting cans that they could return for money.

That resulted in a $3,200 donation to COSAR, bringing their total donations up to $5,700 over the past three years. 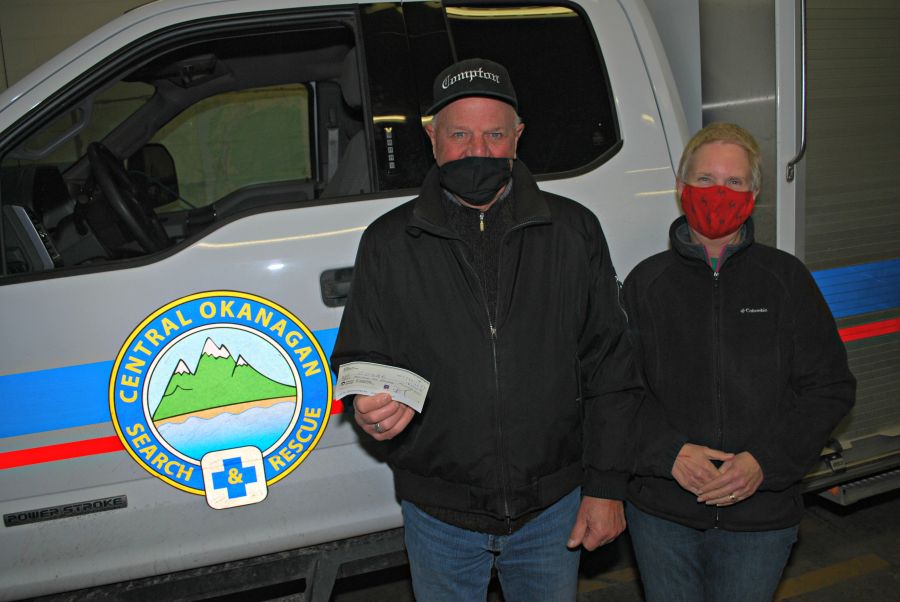 “They are some of the most generous supporters we have,” said COSAR president Dan Schlosser. “We rely on fundraising to stay fully operational and this certainly helps.”

Over the summer, the couple spent eight weeks camping around the Okanagan backcountry and travelling in their Can-Am ATV.

Their efforts this year were focused on around 80 kilometres of the 201 Forest Service Road near the Idabel Lake turnoff to Okanagan Falls.

When they saw cans on the ground, Imbeau would stab them and put it in a bag. 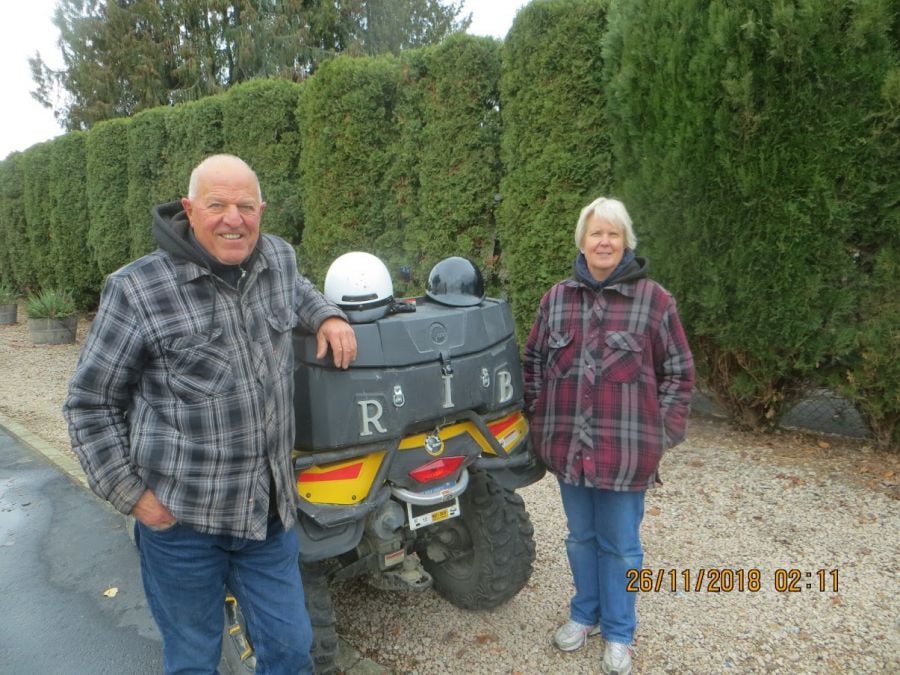 “There were days we would fill the bags on the front and back of the ATV, plus Barb, who was riding behind me, would often have a full bag in each hand,” he explained.

Kitz said that Bud Light and Old Milwauke appear to be the most popular choices for “backcountry slobs,” but they’re starting to see more craft beer out there too.

“We even found a can for a garlic and basil beer,” claimed Kitz. “I mean, what?”

This year, COSAR used their generous donation to help buy a TrailRider, which is used to extract an injured subject that can’t walk, but doesn’t need a stretcher.

To date, the couple has travelled over 25,000 kilometres on their trusty Can-Am, cleaning up the backcountry and making money for COSAR along the way.