The Central Okanagan Food Bank has received a donation of $10,000 from the Sprout a Fundraiser challenge during a very critical time for the organization.

The Trellis Social Enterprise Inc.’s Sprout a Fundraiser challenge has officially wrapped up, and the winner, the Central Okanagan Food Bank, has received a $10,000 donation prize. 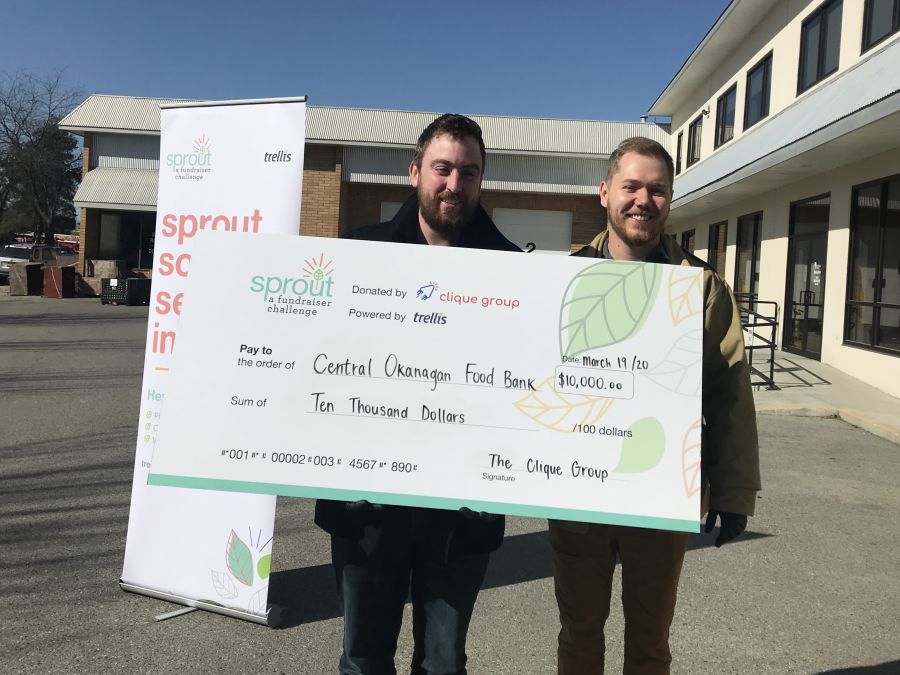 The donation was the first place prize donated by The Clique Group Ltd. and won based on the third-party fundraising event, The 2nd Annual Fork and Spoon Gala hosted by Cody Pollard.

The gala brought 14 Okanagan chefs and three local bartenders together to create a nine-course meal using ingredients found in the kitchen of the local food bank this past fall.

“The need in our food bank right now is serious and with this donation, we now are able to serve more people during what has been an extremely challenging situation for many. We are beyond grateful for Cody, The Clique Group, and Trellis for putting this all together,” says Tammie Watson, Chief Development Officer of Central Okanagan Food Bank. 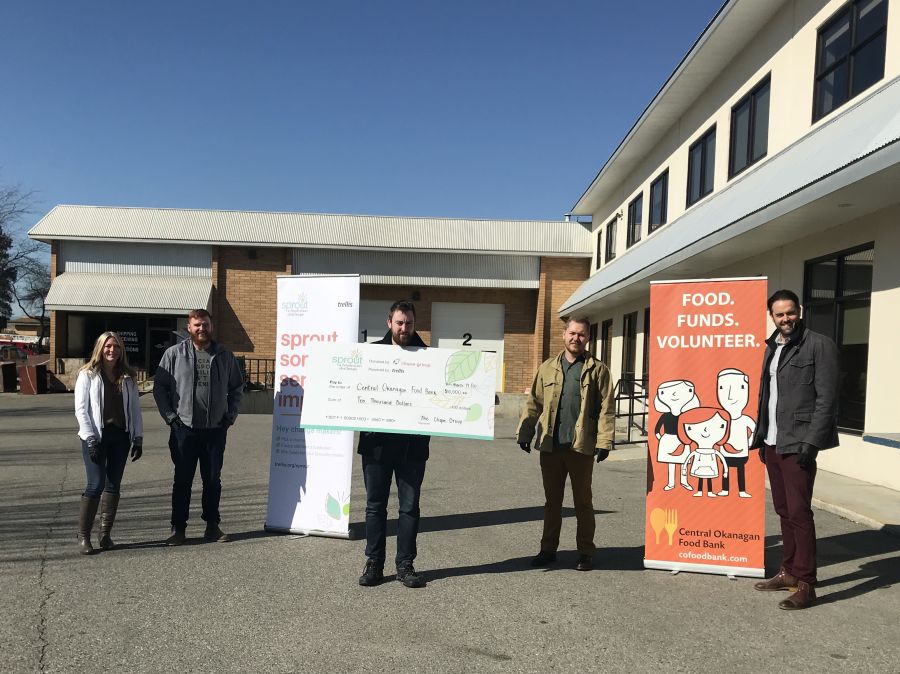 “Speaking on behalf of charities, we are so grateful whenever third-party champions step forward to run fundraising events and donation campaigns for our causes. It is so inspiring to know others care about our organization and appreciate the work that we, as charitable professionals, do day-in and day- out.” Tammie adds.

“Not everybody is in a position to give, especially at a time like this. For those of us that can, we have a responsibility to do so,” says Dallas Chelick, Co-Founder and CEO of The Clique Group.

Two other local charities won prizes too through the Sprout a Fundraiser challenge.

While The Bridge Youth and Family Services won three-month access to Grant Connect, the grant-seeking platform of national nonprofit Imagine Canada, based on the Poses for a Purpose fundraiser held by Roz Huber.