Listening to Kevin Johnson talk, you can't help but get lost in the long history surrounding the property he and his wife Darcie now watch over.

It all got started, he says, approximately a century ago. The combined population of Kelowna and Penticton was a mere 7,000, and the First World War was just wrapping up. And at a bustling new sawmill on the shore of Chute Lake, a crew of hardworking loggers decided to build themselves a place to sleep and eat. 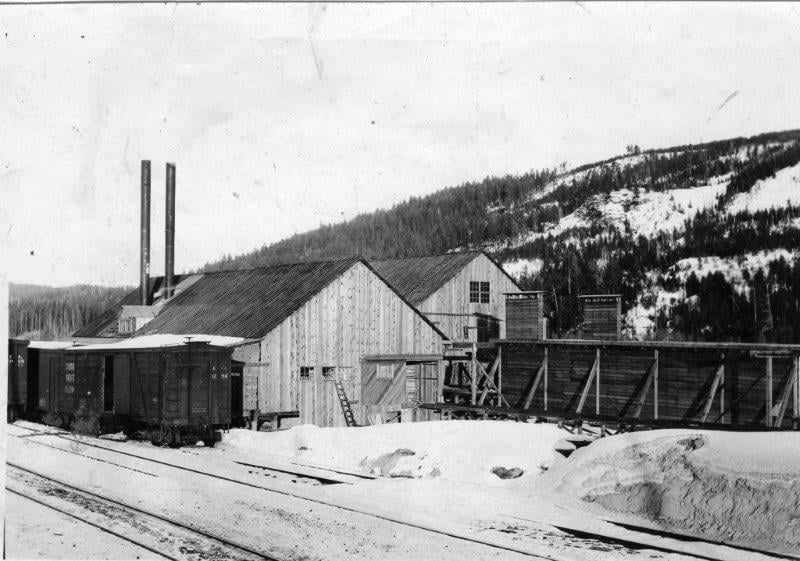 Certainly they'd have no problem finding raw materials. They were, after all, in the middle of a forest. And they worked all day turning trees into logs.

Soon enough, those logs were being hauled from the mill and up a gentle slope to the proposed location of the new bunkhouse. Imagine, no more sleeping in tents. 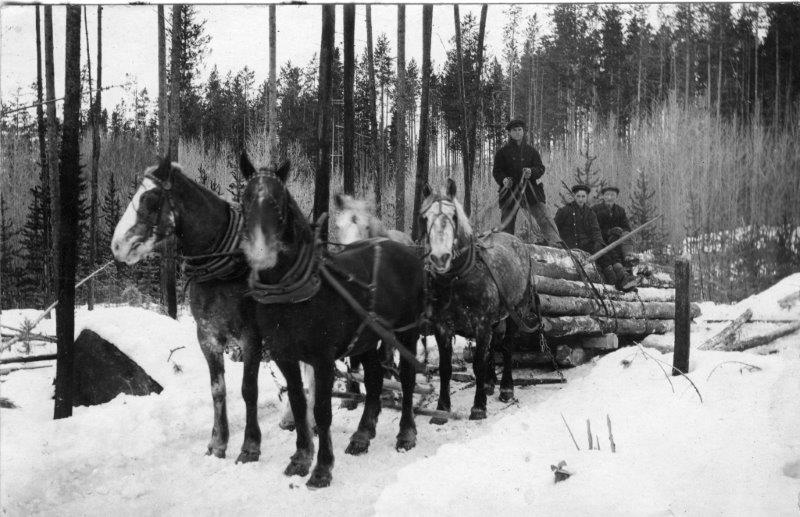 A few years later, according to Johnson, the Kettle Valley Railway would arrive, and the mill and freshly built bunkhouse would take on additional roles. It served as a water stop for the steam engines that pulled the passing trains. Enterprising mill workers would even sell some of the large fish they pulled from the lake to the dining carts.

These were the formative years of what would eventually be known as Chute Lake Lodge. Cabins have since been added, and in the 1980s, the central lodge building almost doubled in size with the addition of a restaurant and sleeping rooms above. And along the way, the railway that ran directly in front was converted into one of the best cycling paths in the province. 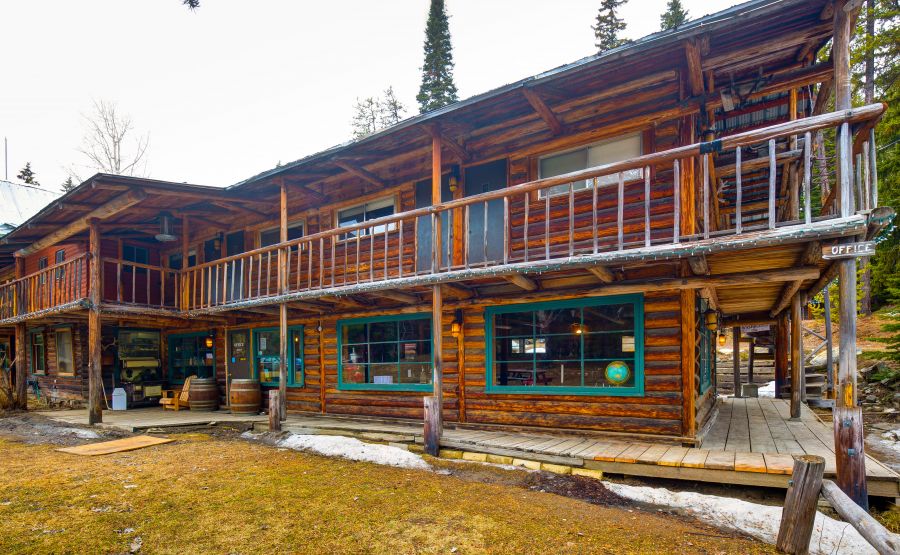 But in 2003, the monstrous Okanagan Mountain Park wildfire almost incinerated the entire thing. It would somehow survive, yet by 2018 the old lodge that sits halfway between Penticton and Kelowna just east of Okanagan Lake had fallen into hard times. The aging owners simply didn't have the budget or the will to maintain it.

And that's when Penticton's Mike and Lyndie Hill, backed by a group of investors, stepped in. They'd buy the almost forgotten lodge and the various outbuildings and bric-a-brac on the six acres around it, and create a rural oasis. 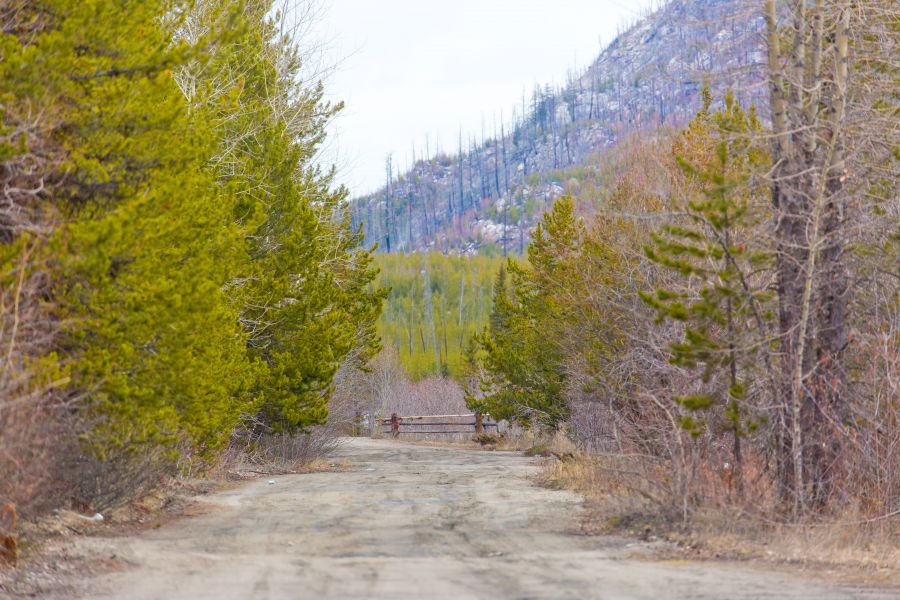 It wouldn't be easy.

PentictonNow visited the lodge in November, just after the purchase, and found a place in transition. And as taken as we were by the scenery and the vision - and the first few baby steps of the renovation - we also saw the immense scope of work in front of the new management. 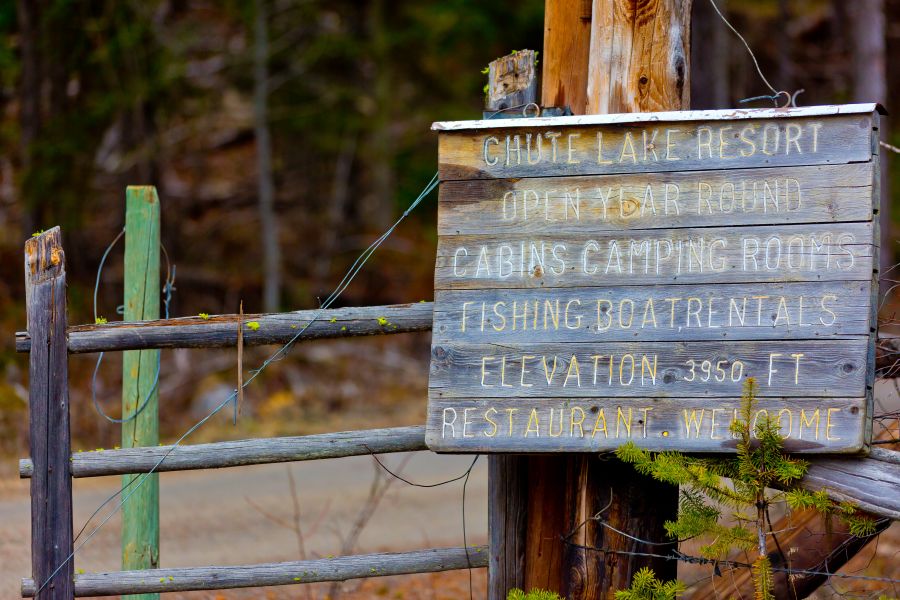 We visited again last week and came away impressed. Impressed that in just one winter, Chute Lake Lodge is already well on the way to realizing its potential.

"It's been tedious work but it's been so rewarding," said Johnson as he sat at the facility's new bar last Thursday morning. Johnson, who with Darcie comprise the Lodge's new caretaking team, is seriously pumped over their accomplishments thus far. 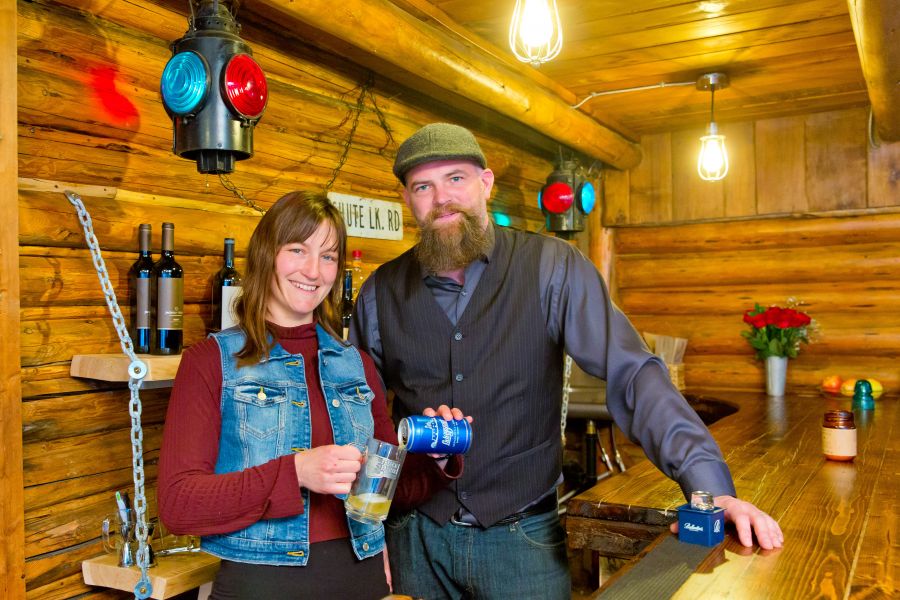 And of those, it's the accommodations - eight rooms in the main building and eight cabins scattered across the property - that have seen the most obvious upgrades. In just a few months, they've gone from virtually uninhabitable to cozy and thoroughly appealing.

"We have eight cabins, and six so far are completely refurbished. I thought they were bulldozer material. But our contracting team worked really hard to refinish them." 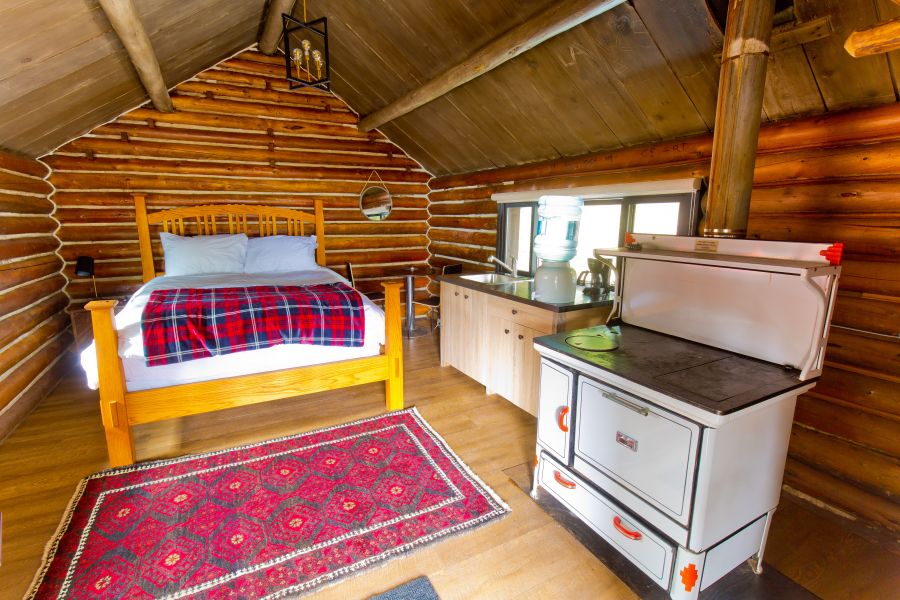 "We did as much prep as we could before they started. They resealed the exteriors of the buildings, took every countertop out, every table and chair, rebuilt everything. They even managed to save some of the floors. " "We have all new bedding, beds linens, the works. We kept the original wood stoves and made sure they're fully stocked and ready to do your own cooking on them. There are brand new (double paned) windows, all new faucets, brand new blinds. And all the cabins have supplementary heat. So if you're not into stoking your fire, there are heaters on the wall that keep the cabins toasty." "All the cabins have fridges, all have power, all have freezers, all have coffee. They're fully stocked with amenities just like you'd find if you were going into any vacation condo." But what's most astonishing is the sheer amount wood refinishing that's already taken place. Between the Johnsons and the contracting team, every wall and all the ceilings were ground and sanded to return them to their original state, and then diamond coated. And these aren't typical walls and ceilings either - they're made up of individual logs and boards. Outside each of the cabins are fresh new nameplates - made of wood naturally - and bundles of firewood. The cabins are named, says Johnson, "after the stops along the old railway. We're trying to harness all the KVR that we can. We want people to know the historical importance and relevance." To that end, the new owners and the new caretakers are also doing what they can to save and display a variety of the antiques the previous owners had collected over their years in charge.

You'll see it wherever you go on the property - authentic pieces and artifacts from the glory days of the railway and the mill. Like the renewed railroad lamps perched above the new bar. Says Johnson, "We've taken the time to select so many pieces, restore them, and incorporate them back into the cabins, the lodge rooms, the restaurant, and our reception area. And the big pieces on the land too. Wagon wheels, elk antlers, it goes on and on." However, the artifact collection was absolutely enormous. It filled a barn-sized building near the rear of the property called the "Museum," and spilled out elsewhere. And to the new owners, the majority of it simply wasn't worth keeping.

"Many of the antiques out in the Museum have been sold to a separate party," said Johnson. "There's still a lot of it here that's on its way out." Indeed, says Johnson, the Museum building itself is also on its way out. "It's structurally unsafe. A big chunk of it has already collapsed," he says, pointing up the hill. "And it's prime real estate. From up there, you can see everything."

The main Lodge has seen the same level of upgrades as the cabins, including a full revamp of all eight sleeping rooms. "In there we have all new floors, beds, linens, furniture, and decor. It's run like a hostel. There's no cooking in those rooms, so it's a good thing we have a fully functional kitchen down here for breakfast, lunch, and dinner." One floor down from the sleeping rooms, the restaurant/bar, with a capacity of 70, has experienced an equivalent resurgence. "We got our hand grinders from our local contactors here. We grinded every single log to get that forty years of wood stove soot off of it. And we changed the entire layout. It took three days just to get all the nails and staples out." As for the kitchen, Johnson says the only original items are the hood vent, the fry press, and the old school milkshake maker.

"Everything else is new, including a new nonskid floor, the sinks, the dishwasher, the shelves, the ceiling, the lights. It was a complete do-over." And there was one key addition - a series of four bathroom bays at the rear of the Lodge building, where guests from the sleeping rooms and the two cabins with no washrooms can do their thing.

As for those who like to bring along their own accommodations, Johnson tells us the situation remains as it was - for now. "We have four sites with septic, water, and power, and we have another 16 with just water and power. We'll be doing some work in the spring to give that area a facelift. New picnic tables, new firepit, and more. And we have a nice large tenting area too." As for connectivity, Chute Lake Lodge, being as remote as it is, won't exactly mimic a Starbucks. Phone service is very good if you're a Rogers customer - as we can attest - but not so good if you're with Telus. And Wi-Fi is available only in the restaurant - and even then on a limited basis and potentially with extra changes. According to Kevin, "The organic progression is that this place is all about disconnecting to reconnect. Reconnect with your families. And we're witnessing it. It feels right, and we're just trying to do what feels right. And it's just not the right feel to have Wi-Fi over all six acres."

Adds Darcie, "You'll see some people go through the phases of Wi-Fi withdrawal, but by the end you see them in this restaurant, and they're actually communicating with one another. It's really great." But what Chute Lake Lodge lacks in Wi-Fi, it more than make ups with in food. "I feel like we've been training for this job our whole lives. We've always been outdoors, we've always enjoyed entertaining and cooking for mass groups, whether it's a reunion, a party, or just family and friends."

"Currently in our restaurant, we're only shut down on Monday and Tuesday. But that's going to change right away. We're currently looking for good people with lodge experience, including a chef, who want to be part of the team." The facility is already open, but the official grand celebration on the May long weekend promises to be pretty spectacular. Johnson says it'll be lumberjack/logger-themed, with axe-throwing and other feats of woodsy skill. There'll be live bands playing indoor and outdoor and of course lots of food and drinks. And this Sunday, they'll host an Easter event, with a kid's egg hunt and kid's painting classes. More special events just like that are planned throughout the first full year of the revamped venue.

"I think the old owners would be proud," says Kevin Johnson, "because we're just trying to keep the place on the same guidelines they would have done if they had the time and the energy, and the budget and the vision to make this place fresh again." To book a room or for more information, check out the Chute Lake Lodge website, call the Lodge at 250-496-5262, or send an email to info@chutelakelodge.ca.