(UPDATE: Aug. 13 @ 11:30 am) – On Tuesday, the District of Peachland approved a development proposal for the site of Todd’s RV and Camping Site.

Council voted unanimously in support of the project.

Councillor Kieth Fielding said he was happy to support the motion, noting that many other developers were seeking higher density in the area.

“I think it’s been very well thought through and I’m very impressed by the form and character,” said Fielding

The project will include 46 units in six multi-family buildings with four single family bungalows along Beach Avenue. 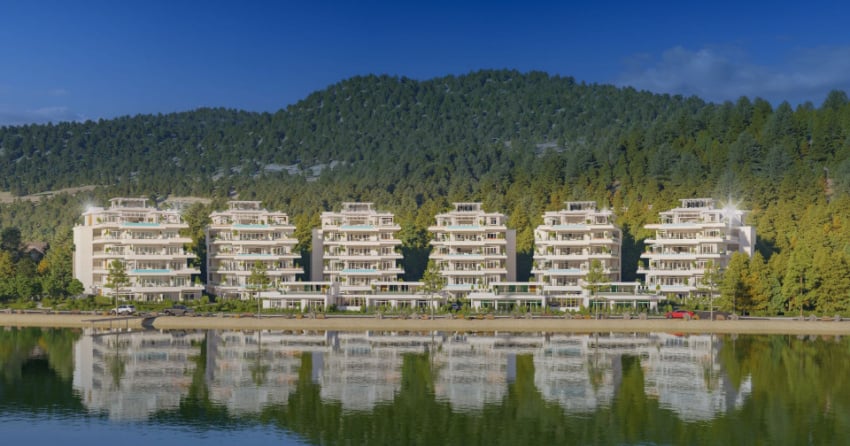 “A resort type development like this is exactly what the beach line deserves,” said councilor Mike Kent.

“It’s a very attractive amenity to be used as an economic driver, so I’m very happy to show support.”

Each multi-family dwelling will have 11 dedicated parking spaces while the bungalows will have one spot.

There would also be six motorcycle and six bike parking stalls.

Next steps include the applicant, Porchlight Developments, obtaining building and strata subdivision permits.

In response to a question from councillor Mike Kent, the developer said they would like to see construction start by the spring. The phased construction will take about two years to complete.

(Original story: Aug. 7 @ 11 am) –On Tuesday, Peachland municipal council could be issuing the development permits for the redevelopment of Todd’s RV and Camping site.

Now, District of Peachland staff are recommending support for the development process.

The four-acre site is located south of Highway 97, east of Todd Road and west of Williams Street. 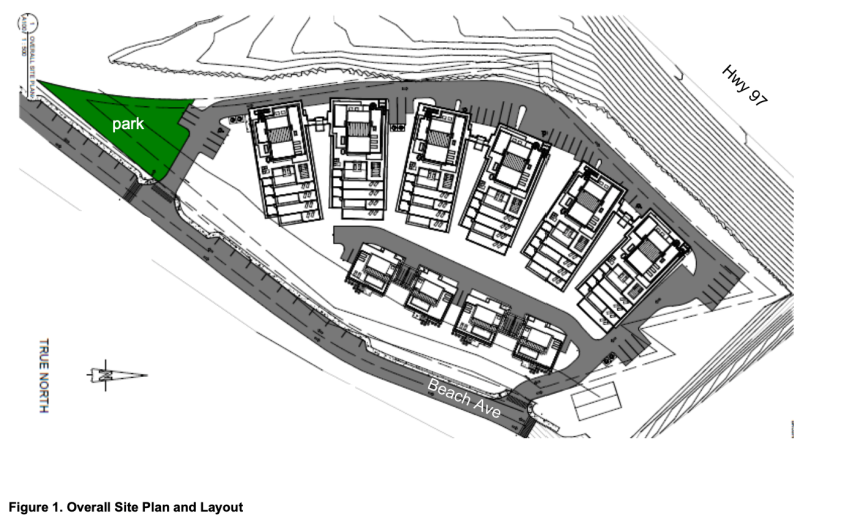 Municipal staff say the proposed development is consistent with the Official Community Plan and no variances are being requested.

According to the applicant, each multi-family building would have 11 dedicated parking spaces while the bungalows would have one space.

Overall, the site would have 16 visitor spaces, eight boat spaces on the lake, six loading spots and four accessible parking spaces. There would also be six motorcycle and six bike parking stalls.

The District of Peachland Council will make a decision during the regular meeting scheduled for Aug. 9 at 7 pm.

If council supports staff’s recommendation, the next steps for the project would include the applicant obtaining the building and strata subdivision permits.