(UPDATE: Dec. 14, 2019 @ 12:39 pm): The Big White Fire Department has told NowMedia that crews did respond to a fire at a chalet on Porcupine Road early this morning.

Crews responded to the fire at about 1:45 am and arrived to a three-storey, wood frame, single residential building with heavy flames and smoke on the second and third storey with flames coming through the roof.

"Dedicated crews worked in adverse conditions to protect the buildings located on both sides of the burning structure and to put the fire out," said Fire Chief Chris Cormack.

Two engines, three support vehicles and 18 firefighters responded along with RCMP and BCAS.

The building was not occupied at the time of the fire. The cause of the fire is undetermined at this time.

Photos and videos of the cabin, known as the A Frame or The Pharmacy, show the well-known building burning down. 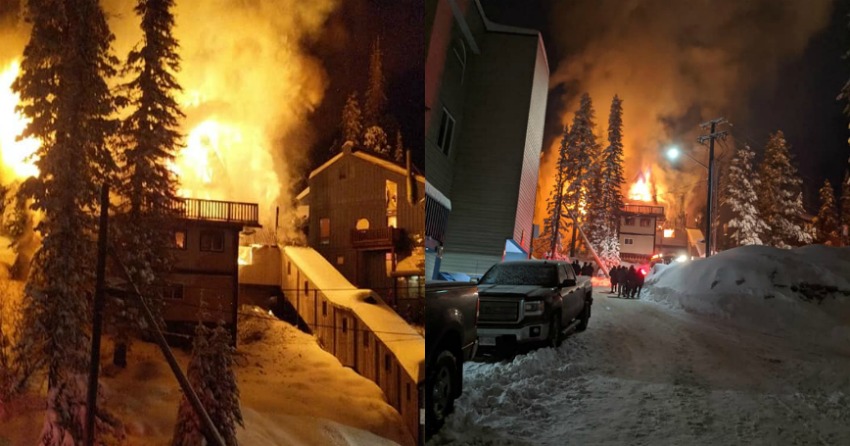 It is not known at this time what the official extent of the damage is, or what the cause of the fire was.

Unofficial reports from witnesses indicate that no one was home at the time of the fire, and no one was hurt. It also appears that the blaze is under control this morning.

NowMedia has reached out to the fire department for more information.