Despite having an excessive number of security cameras, Okanagan Spirits Craft Distillery continues to be the victim of petty theft.

On Tuesday, July 7, owners report a man arrived at the Vernon location on a bicycle wearing a large backpack and acted suspiciously upon entering the store.

Footage from security cameras shows the man walk towards the Family Reserve shelf where he grabbed a bottle of liquor put it under his shirt and exited the store. 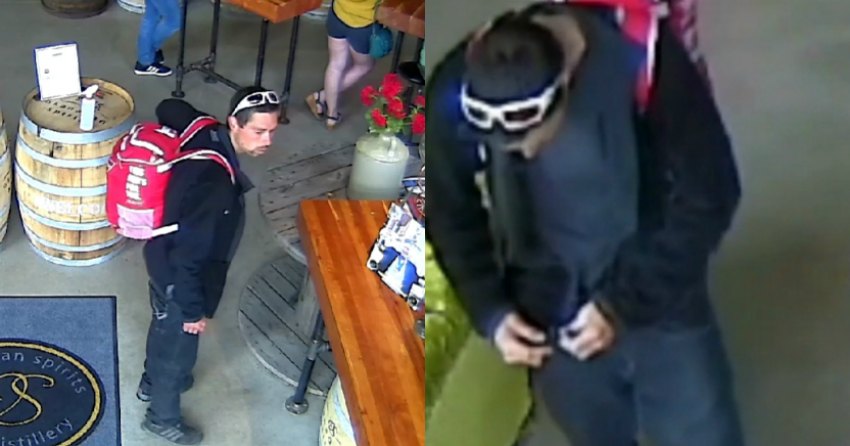 “Customers alerted our staff member who was doing a distillery tour at the time that they saw him grab a bottle and put it under his shirt as he walked straight out of the distillery,” said co-owner Jeremie Dyck.

“Staff asked him to leave the bottle and to stop but he hopped on his bike at fled.”

According to the owners, the lifted bottle is just another incident in a long string of thefts that included a man breaking into their Kelowna location and causing $25,000 worth of damage to the store.

“It's not the value of the product that is our concern but how brazen some people can be,” added Dyck.

“We are saddened how many thefts we continue to have especially from opportunistic individuals.”

The incident has been reported to police and anyone with information is asked to contact the authorities.