A Vernon high school teacher has been handed a temporary suspension for allowing students to preview provincial exam questions.

According to the ruling from the BC Commissioner for Teacher Regulation, the exams had already been given to previous classes, but had been clearly marked as “secure” and were not to be used as study aids.

However, Maria Concetta MacDonald still allowed students to view the material, despite being instructed by the school principal to dispose of the exam. 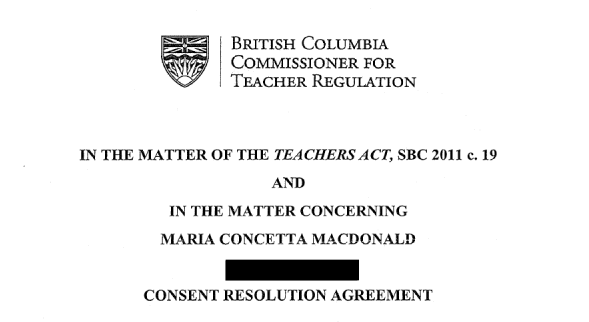 The ruling states she used the “secure exam to prepare her students, even though she was aware that the Ministry of Education re-used readings and questions from the Secure Exams.”

Furthermore, she refrained from telling the administration despite having told other teachers at the school.

When her students took the English 12 provincial exam in January 2018, it contained questions that had been previously shown to the students.

MacDonald was suspended that March for a single day without pay, but the Commissioner for Teacher Regulation added an additional three-day suspension to be served this December.