(UPDATE: May 6 @ 3:55 pm): BC Hydro is reporting that power has now been restored to the affected customers.

The original outage was reportedly caused by a fire in the area.

Hydro would like to thank those who were involved for their patience during the matter.

The Crown corporation said 1,517 of its users are affected north of Chase Road, south of Hwy 97 and east of Camp Road

Power has been off since the early hours of the morning, BC Hydro says. 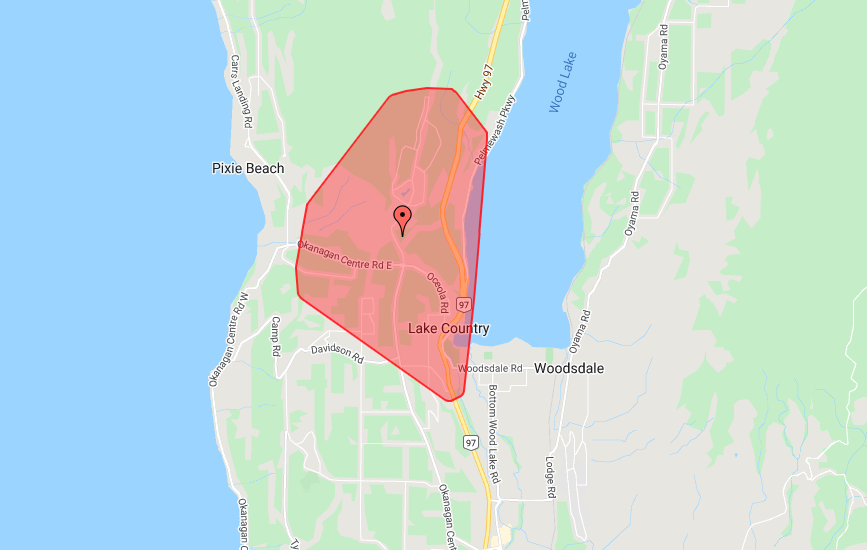 It lists the cause of the outage as a fire.

Power is currently expected to be returned to the area by the mid-afternoon.