Gas prices plummeted throughout the Okanagan over the long weekend.

They’ve fallen so hard that Penticton can now lay claim to the lowest prices in the province. 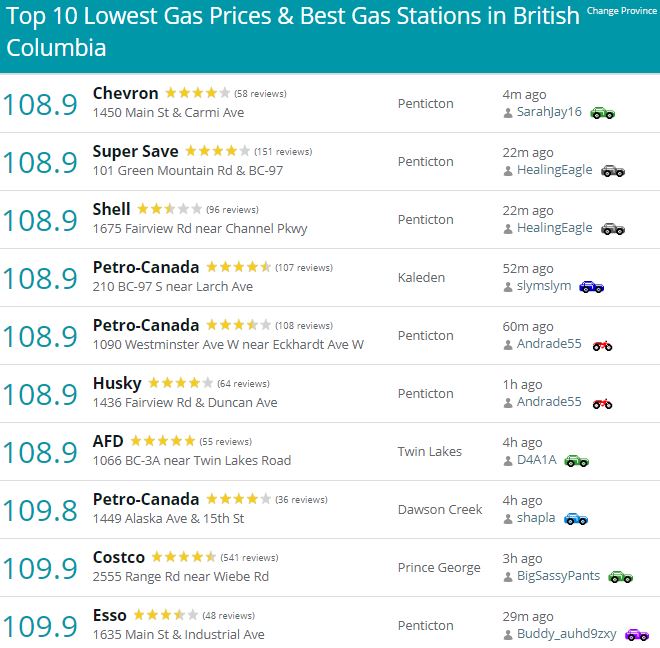 A number of Penticton stations are down to 108.9 cents per litre to begin the shortened work week.

However, there are two Shell Stations who are still all the 128.9 cents per litre, which is what prices were at throughout the city about a week ago. 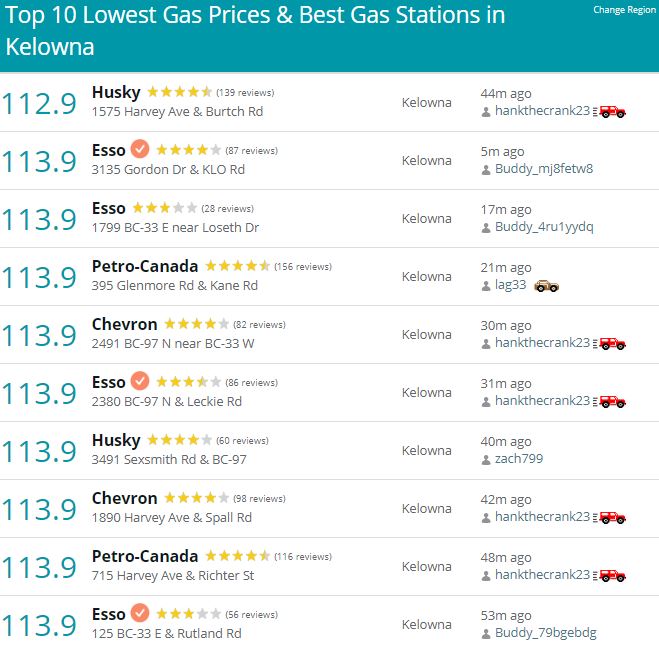 The most expensive of the Okanagan’s three main cities is Vernon, where the majority of stations sit at 119.9 cents per litre.

However, the Super Save station on 32nd Street and 36th Avenue is slightly lower at 117.9 cents per litre.