A group of animal rights activists drove to Armstrong in the wee hours of Tuesday morning to stage a small but bold demonstration at a chicken slaughterhouse.

Outside of Colonial Farms Slaughterhouse at 4:30 a.m., multiple members of Okanagan Animal Save stood in the path of an oncoming semi-trailer with signs in an attempt to stop and speak with the driver. 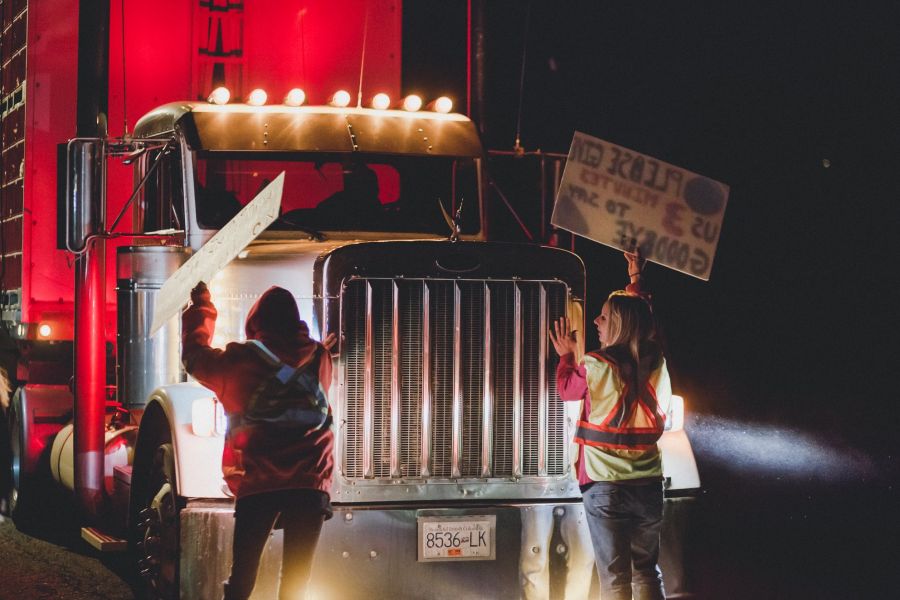 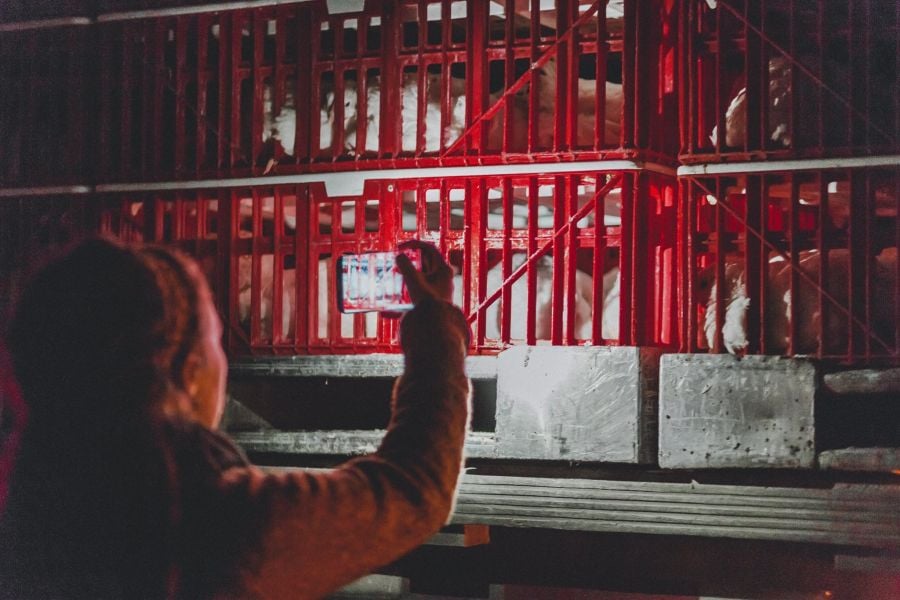 The driver failed to come to a complete stop to speak with the activists, despite the fact the group was offering early morning muffins, leaving several members backpedaling as the semi drove forward.

According to the group, the semi-trailer was carrying 5 to 7 week old baby chickens that were visibly scared, sick and suffering from broken limbs aw well as ammonia burns.

In a separate video, one activist describes the group's motivation, saying they were exercising their right to "bear witness" of the chicken's transportation to slaughter.

"They were crammed, ten stacks high and right next to one another," explains the activist. "Excrement falls to the bottom so many of them are covered in it and the smell is overpowering."

One of the group's volunteers was Naked Cafe co-owner Olivia Ashley, who has been involved with several animal rights demonstrations in the Okanagan including Kelowna's annual Ribfest.

The popular all-vegan restaurant, located in downtown Kelowna, has a strong local following and makes their passion for animal rights well known through its branding.

While no members of Okanagan Animal Save responded to requests for comment by the time of publication, Ashley will be in the KelownaNow studio for an exclusive interview tomorrow afternoon.