A former Okanagan College (OC) instructor and his wife have made a significant donation to the school that will help build a childcare centre on the Vernon campus.

Lloyd Davies and Janet Armstrong have given the gift of $500,000 to OC to help address something that Davies has long-believed to be a missing link for learners trying to access education in their adult years.

He first noticed the impact of daycare in 1985, when he returned to OC to complete his teaching certification training.

Davies noticed that one topic that continued to come up in conversation around the lunch table was the one surrounding childcare.

“I had several colleagues who were struggling with daycare,” he recalled. “They were trying to get teacher credentials and further their careers but finding daycare for their children was a hassle.”

When he returned to the school as an instructor in 1999, he had a number of adult learners with young families who had problems with daycare.

“Time and again, I would have students missing class, missing labs, missing exams. It was an ongoing issue with students who had young children,” Davies explained.

“It was never a huge number, but it was pretty apparent what was happening. Really good students were working really, really hard, but daycare was just this huge hurdle for them to get over.” 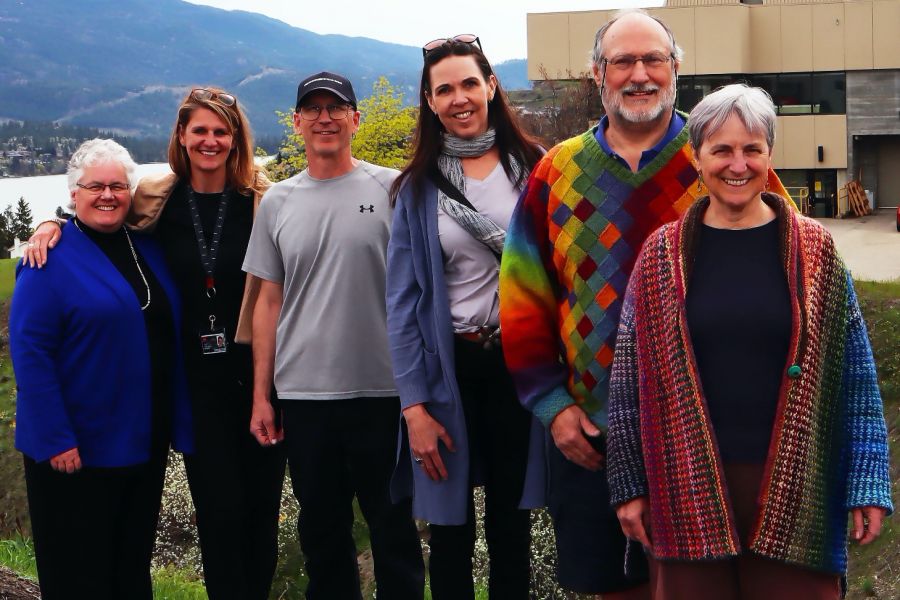 The couple has made plenty of contributions to Vernon community groups before, but they typically supported causes Armstrong was involved in.

“This was Lloyd’s turn,” said Armstrong with a smile.

Davies has been an advocate for on-campus childcare for many years, and when he heard about the project to create student housing at the Vernon campus, he saw the chance to make a difference.

Chair of the OC Foundation, Gladys Fraser said the gift has created the momentum needed to build a childcare centre at the Vernon campus and the school is grateful for their generosity.

She noted that adult learners should not have to worry about their children while they are studying.

“Having on-campus childcare will alleviate stress and foster balance that will set students up for success,” Fraser remarked.

“The impact of this gift will serve generations of adult learners for years to come and create a better future for all.”

Davies’ gift has enabled OC to apply to the Government of BC’s ChildCareBC New Spaces Fund to create childcare spaces at the Vernon campus.

The $500,000 contribution will go toward the additional costs required to construct the childcare centre.