They're fun, they're wacky, and they bring out the kid in everyone. But perhaps most critically in a region that relies so heavily on out-of-town dollars, they're huge summertime tourist draws. 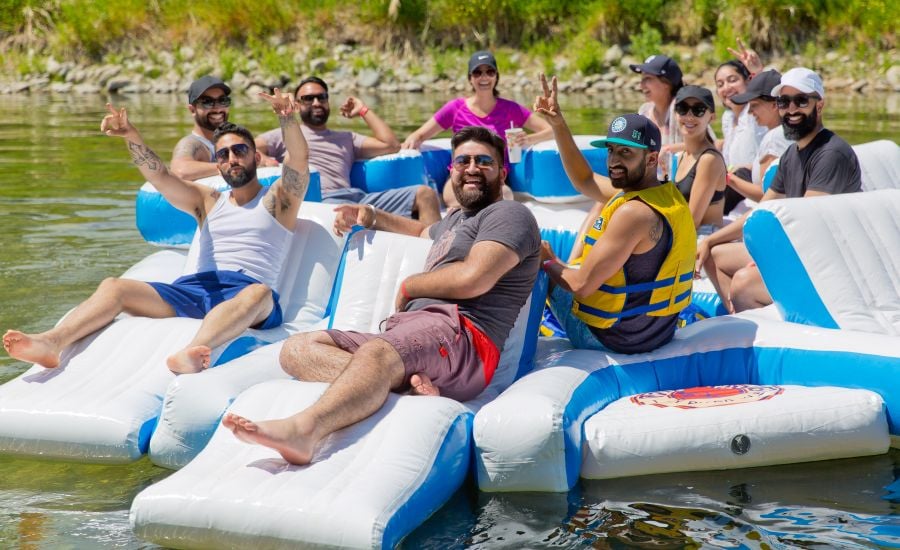 Not coincidentally, there's one common thread between all of them -- Diana and Dustin Stirling.

Together, the couple owns and operates feel-good waterfront spots like LocoLanding Adventure Park, the Penticton Peach, and Lickity Splitz Ice Cream. And with partners Derek George of Boston Pizza and the Penticton Indian Band, they steer the ship at the popular river-floating attraction known as Coyote Cruises. 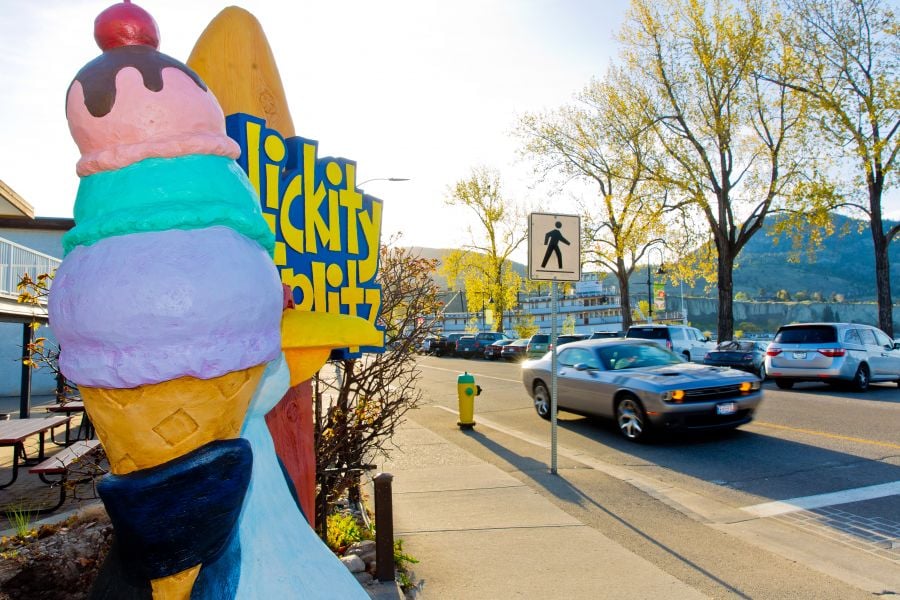 Not bad for a couple who arrived in Penticton, with their two young children, just 11 years ago.

Granted, Diana and Dustin didn't originate much of the above. Folks have been buying ice cream at The Peach and at 1028 Lakeshore Drive (the home of a summery general store before Lickity Splitz) and patronizing LocoLanding and Coyote Cruises long before the Stirlings showed up.

But what they did do was arguably more important. They exploited hidden potential and along the way made the city a better place. 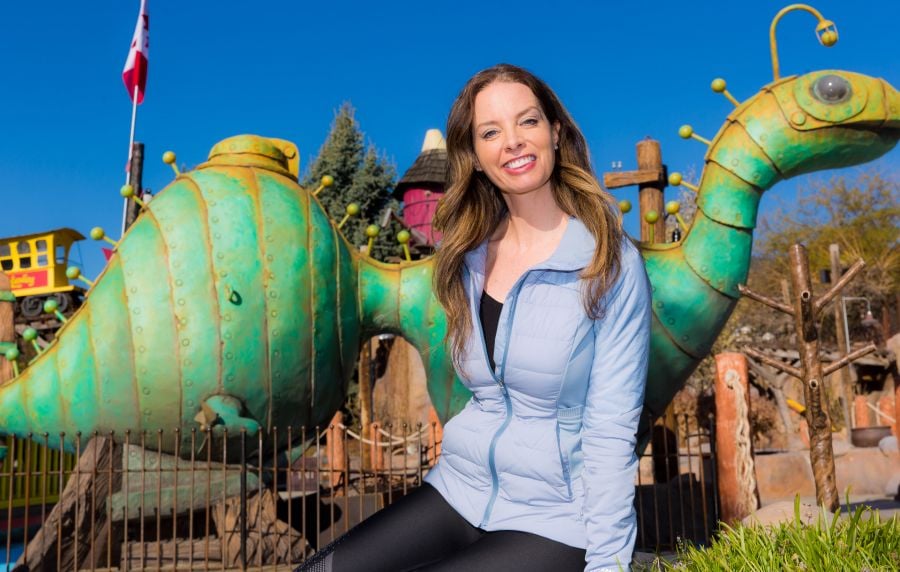 In each case, the Stirlings blended marketing smarts and renovation savvy with an innate sense of what people want and a sincere desire that the youth of Penticton have a hugely positive start to their professional lives.

It's proven to be an awesome formula for all involved. 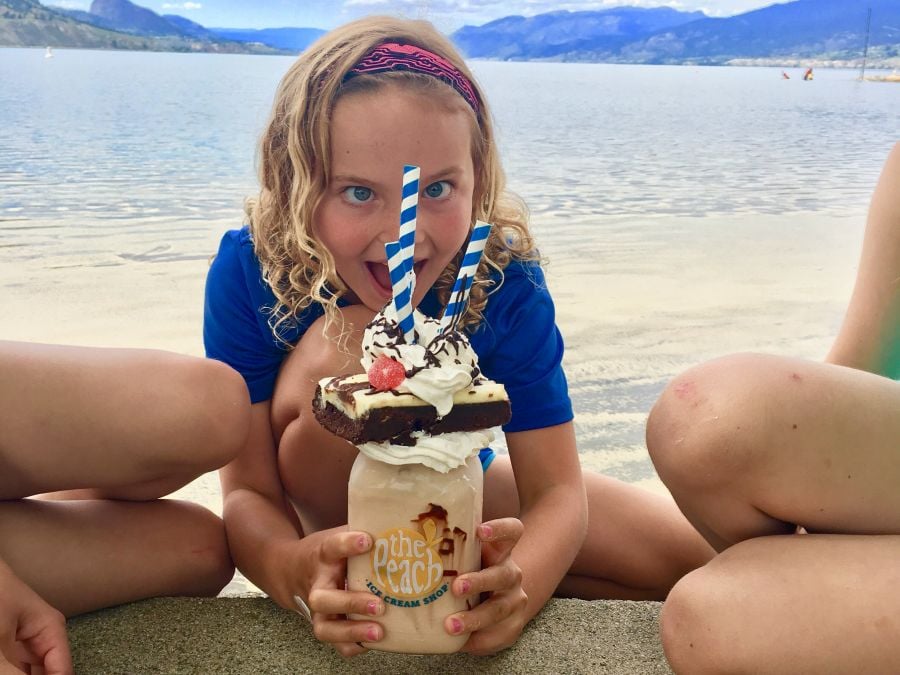 In 2009, the Stirlings were fully entrenched in the Vancouver scene, where Diana catered to clients like ICBC and Bell Mobility at her marketing agency OnTrack Media. But the Penticton connection was always there.

But when mom and dad decided to ease out of the daily grind, Stirling knew the facility had to remain in the family. And that meant a move to Penticton. 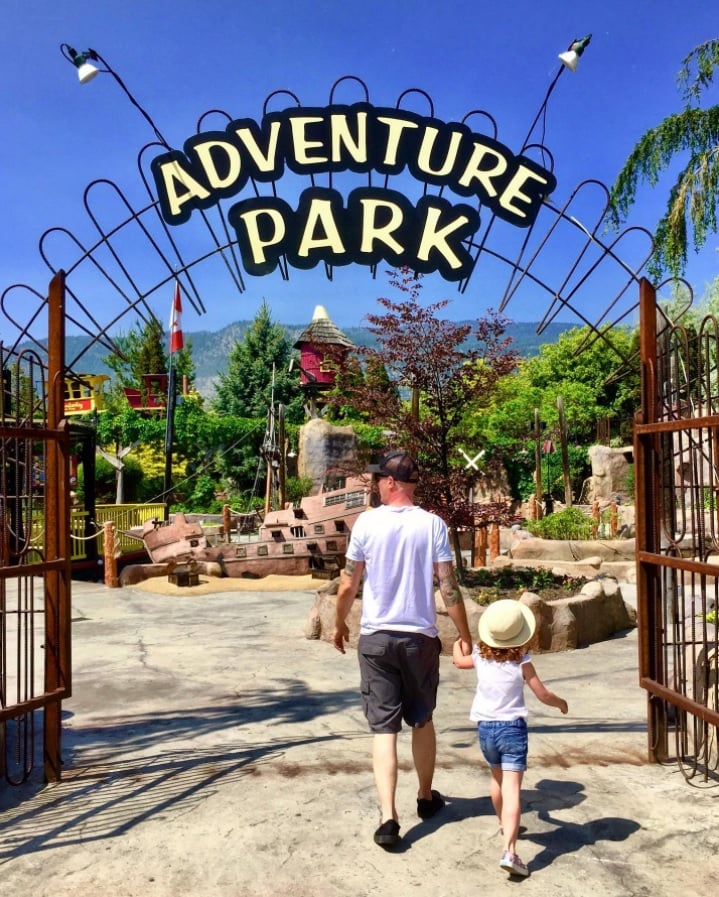 "I still remember crying in the car all the way up here," she says, half-laughing, of the 2010 journey. "We'd built our dream home in Vancouver. I had my business, my husband had his career, and we had two very young children. Had we made a terrible decision?"

Turns out they hadn't. 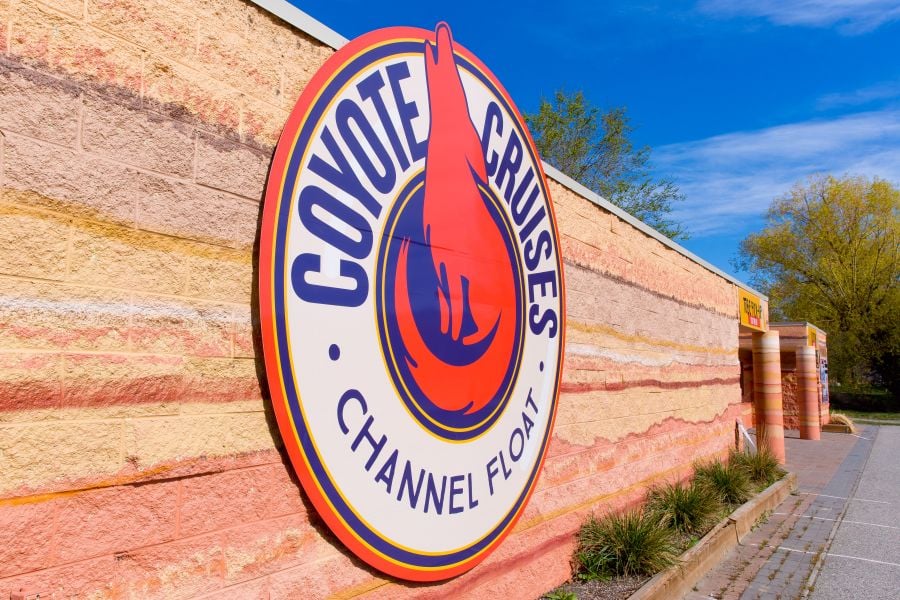 "Thankfully," she says, "it didn’t take long to fall absolutely in love with this community, and the people. We are so thankful we ended up in Penticton. It was the best decision of our lives."

By 2014, Stirling, the front and centre face of the tandem, had cut ties with OnTrack to focus on LocoLanding, its attractions, and in particular its virtually all-teenage workforce. And it's that employer-employee relationship that's at the heart of the Stirling business philosophy. 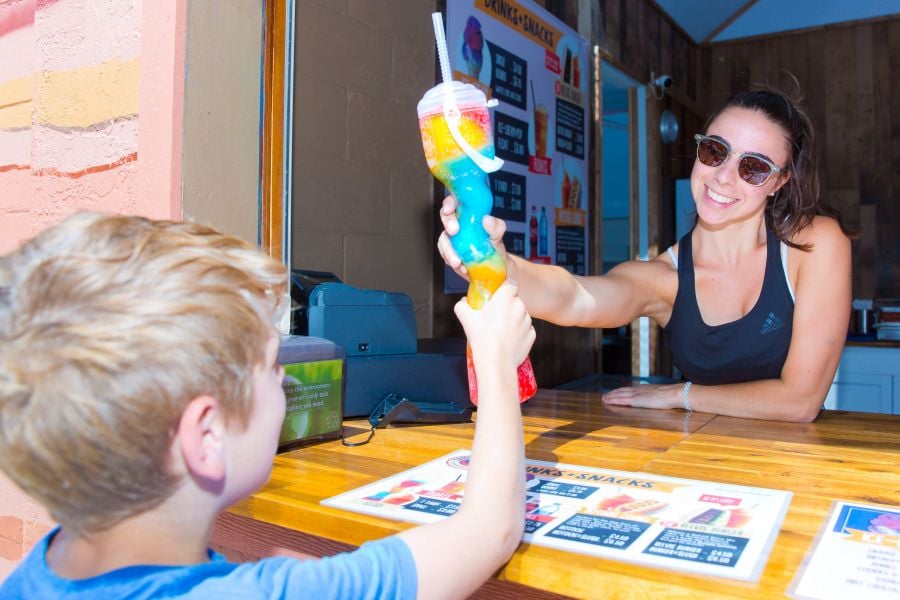 "Being involved with youth is so important to us," she says. "We know we're the first job for many of our employees and we have high expectations of them. And what's amazing is that they really rise to the occasion. They arrive early, they show up to every shift and they are complete team players.

"This year we'll be employing about 140 teenagers between the four businesses, so we're now the largest youth employer in Penticton." 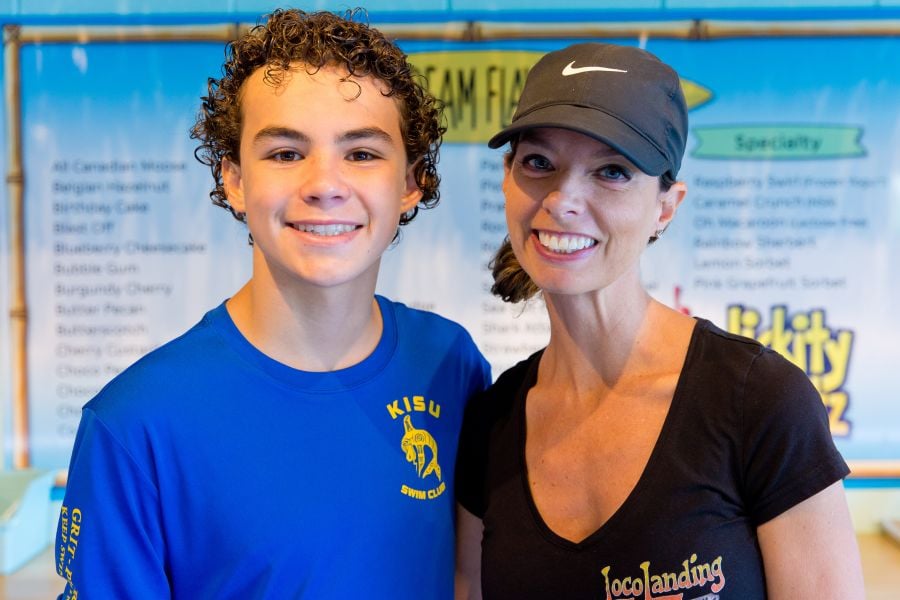 What's more, anyone under the Stirling umbrella has an opportunity to work at any of the businesses. "It's phenomenal work experience for them," says Stirling.

Two years later, Diana and Dustin had taken ownership of the Penticton Peach, where they eradicated sundry items like potato chips in favour of proven favourites like soft ice cream and stunning ice cream/dessert hybrids that people remembered. 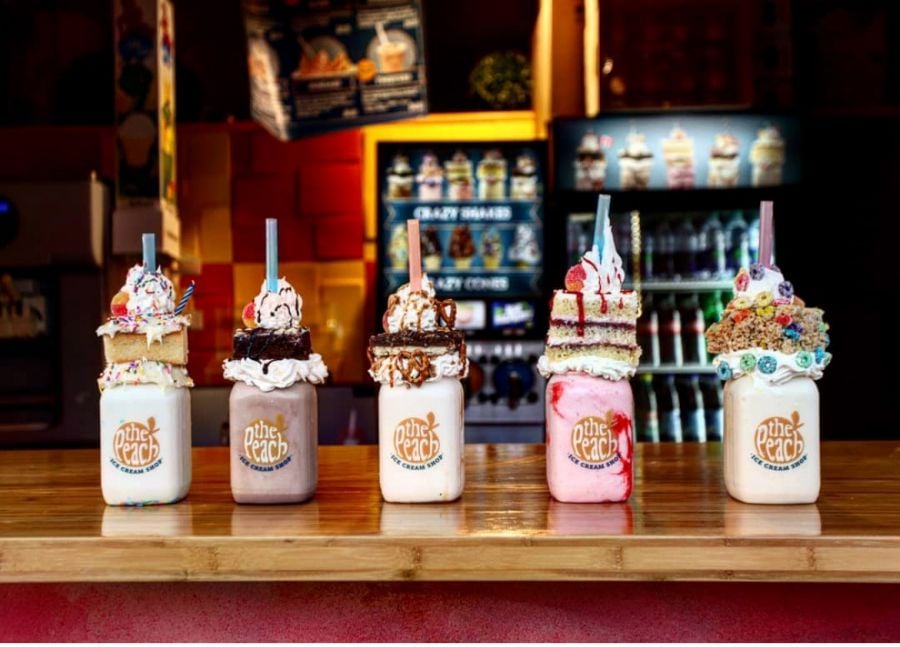 They also gave it a personality. Suddenly on social media and in the press, the Peach was speaking for itself. And it was a wee bit cheeky.

It got some style too. For Christmas 2016, it donned a gargantuan Santa Hat. In 2017 it morphed from a peach to a grape as an April Fools' joke. Its eyes turned into four-leaf clovers for St. Patrick's Day and hearts for Valentine's Day, and more recently it's been wearing a pandemic mask. 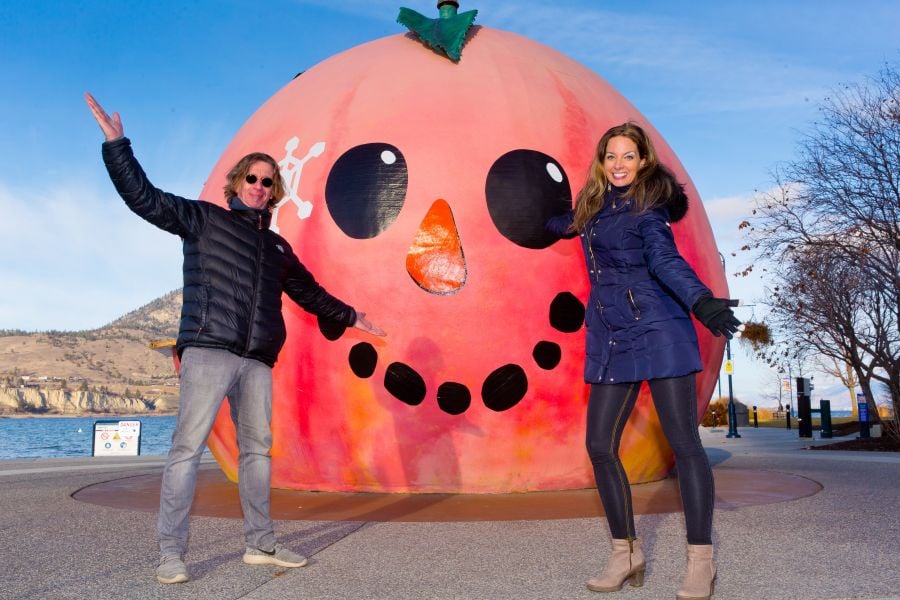 In May of 2019, the Stirlings opened a second Lakeshore Drive ice cream shop where "The Beach Store" once mixed convenience items with beachwear and refreshments. 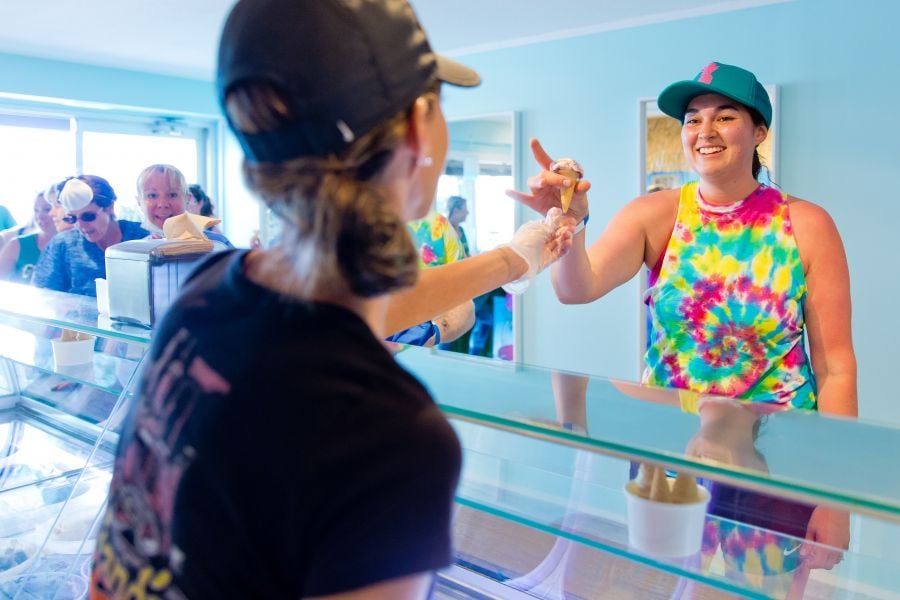 Lickity Splitz, as it was named, was cleaner and brighter than its predecessor and not so hodge-podge. It focused on one thing only -- high-quality hard ice cream -- and, like The Peach before it, gained public awareness through a wisecracking social media mascot. 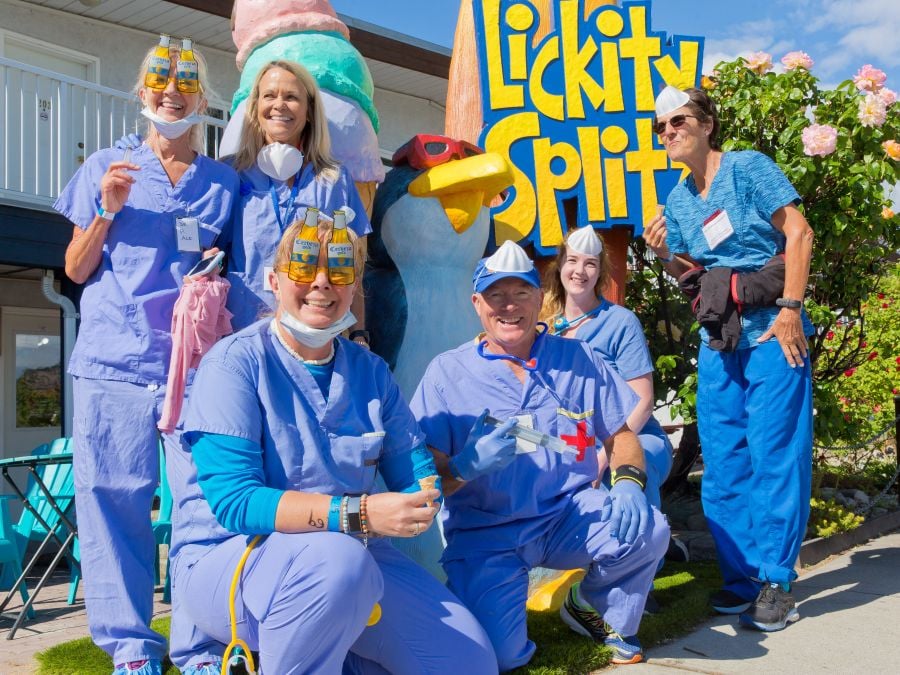 "Being amazing at one thing instead of being known for several diluted things has absolutely been our path to success," says Stirling.

A month later came the couple's involvement with Coyote Cruises, and the enhancements were immediately evident -- a brand new multi-hued paint job on the rental building, bigger and better floaties, tastier munchies and refreshments, and upgraded bus service, among others. 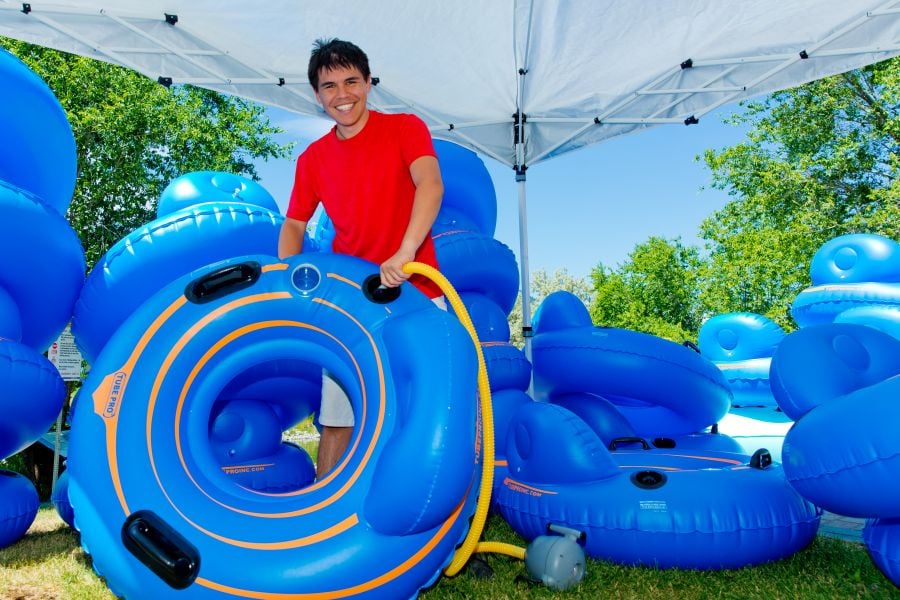 And they're not done yet. According to Stirling, there's enough unused space at the Lickity Splitz operation for a whole other project, likely to be unveiled in 2022.

Indeed, there may even be more after that.

"We're not finished," she says. "If we see an opportunity to do something better, we're looking at it. We definitely hope we can be employing even more teens in the near future with some amazing new concept." 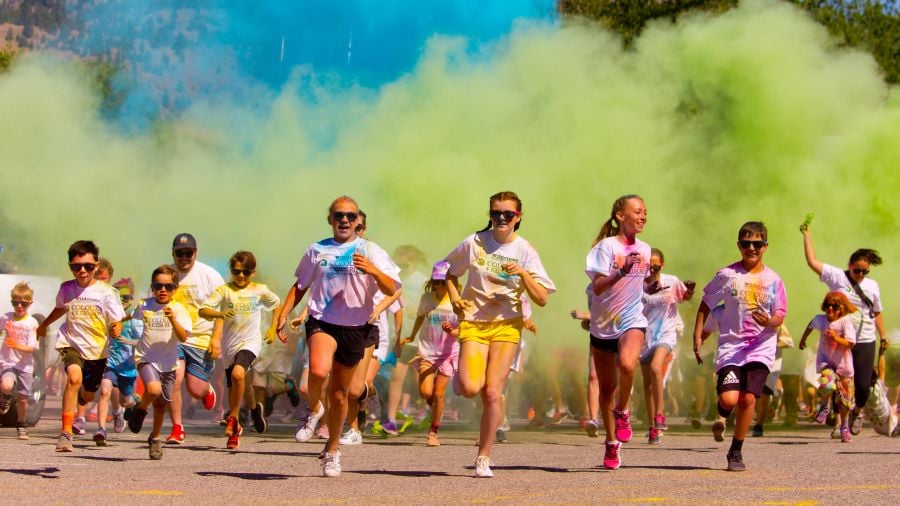 Beyond all of the above, Stirling is a friend to the community at large. When she's not hosting charitable Easter egg hunts at LocoLanding, she's pitching in, with little to no fanfare, at events all over town. She assures us she hasn’t cloned herself, but sometimes it sure seems like she has. 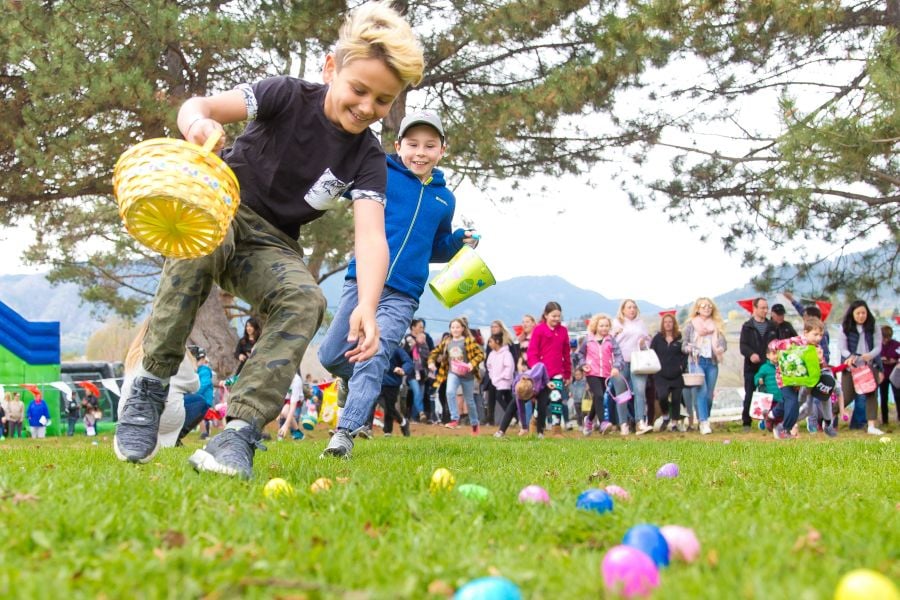 Being so involved, she says, "comes from an absolute passion for the community. It's been so good to our family and it holds such a special place in our hearts."

This year, Stilring enters her businesses' high season at a physical disadvantage. Last fall, she broke her sacrum (a bony structure in the lower back) while working out. For a few months she could barely stand, and only recently has she resumed walking. 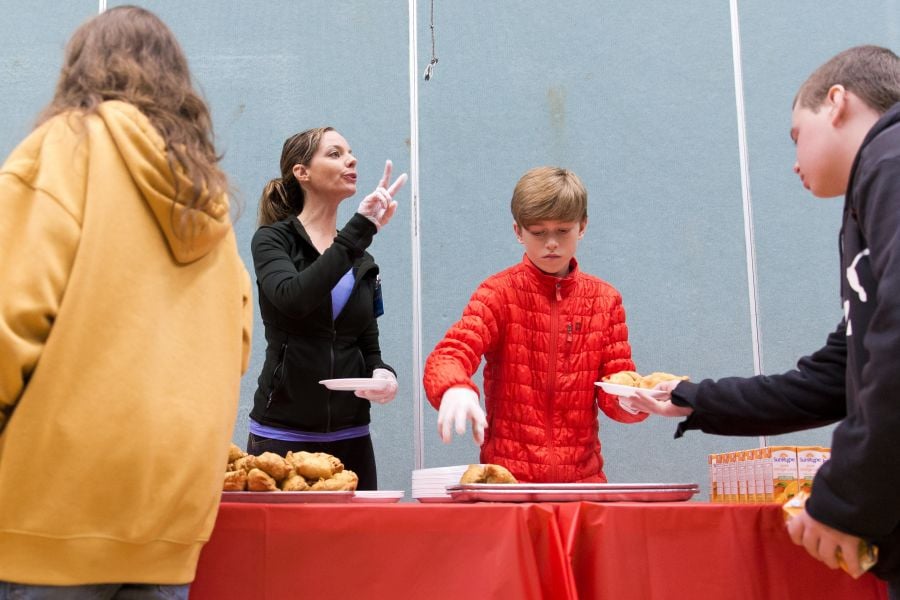 "It's the first time in my life where I haven't been able to power through something," she says. "I love being involved and working long hours, but this year I'm actually pretty nervous about what it'll look like."

Knowing Stirling, she'll pull it off. 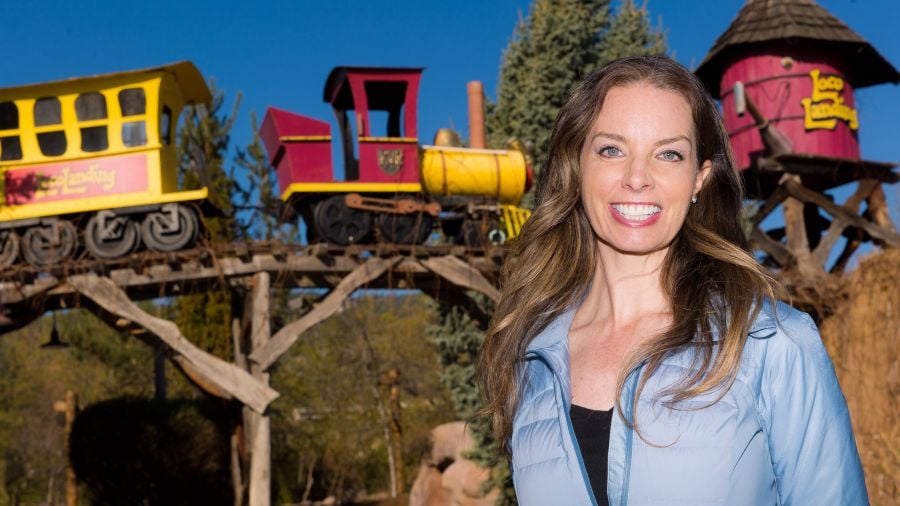 LocoLanding, celebrating its 20th anniversary, opens May 1. Lickity Splitz will follow later in the month, and the Peach on the May long weekend. Coyote Cruises kicks off a new year of river-floating at the end of June.