The Area 27 racetrack facility has been a resounding success from concept to the track opening last year and plans are in the works to make several major additions to the facility.

Area 27 is the motorsports park that opened last year on Osoyoos Indian Band land in the eastern hills near the Town of Oliver.

More than 300 sports car enthusiasts from across the province are now members and helped provide the millions of dollars in start up costs to develop the racetrack, which opened in the spring of 2017, said Felicity Johnson, the assistant general manager at Area 27. 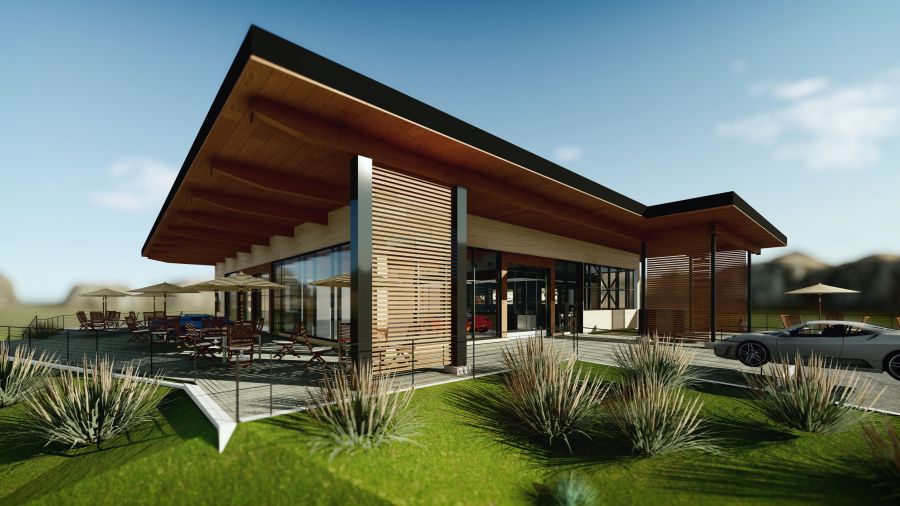 “Last year was our first full season of operation as we did have a soft opening for September and October back in 2016,” she said. “We did our grand opening in June of last year.”

Completing the track, safety walls, driveway and paddock for the sports cars were all part of Phase One and the members have agreed the time has come to move forward with Phase Two, she said.

“Moving into Phase Two will consist of our administrative services building and our new karting track, which will be open to the public,” she said.

Preliminary construction on the administrative building is already underway and it’s expected to take 10 months complete, while the timeline to open the karting track is a couple of months earlier in the spring of 2019, she said. 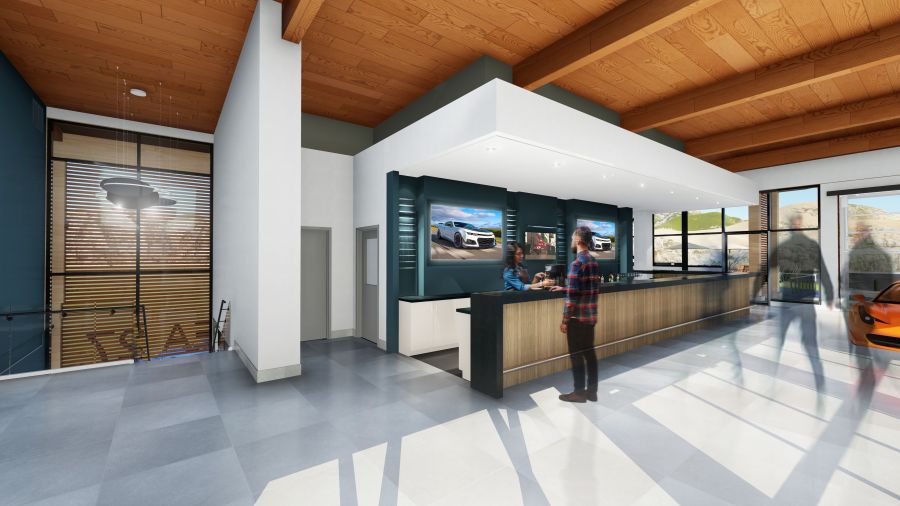 Jacques Villeneuve, the former Formula One world champion and Canadian racing legend who designed the Area 27 track, is back on board to design the karting track, she said.

“They’re still doing design work, but once we have that in place then we can move ahead with the build,” she said. “We have land already cleared for it.”

While karting is often associated with young racers and children, the facility being built at Area 27 is for all ages, noting that many of the world’s top Formula One and Indy racers got their start in the karting circuit, said Johnson.

“The track will handle high-speed cars,” she said. “Some of our instructors, who are professional racers, they just finished racing karts last weekend. It’s not just a kids sport. It’s a family thing for people who have never been in a race car before right up to someone who is a professional.”

There will be karts for rent and people who have their own will also be welcome to use the facility and improve their driving skills, she said.

Once these two projects are finished, the facility plans further expansion.

“The ones that are immediate future priorities are a large garage area for our manufacturer fleet of cars that use the facility and also a separate garage for members’ cars because that has been a huge interest because members would love to leave their cars and trucks,” she said. “For those who fly in by helicopter, we’re also looking to install a few helicopter pads.”

There have also been discussions to bring a small grandstand for spectators “because we are looking to hold sanctioned races” in the near future, she said.

“In fact, we are hosting our first big race weekend on Oct. 6 and 7 with the Vintage Racing Club of B.C. For now, we do have a small visitor spectator area up above turn one. People will see signage as they approach the front gate if they’re interested in watching some racing. They’re free to come and watch.”

While many of the members only make it to the track on weekends, there is something going on at Area 27 virtually every day in the warm weather months, she said. 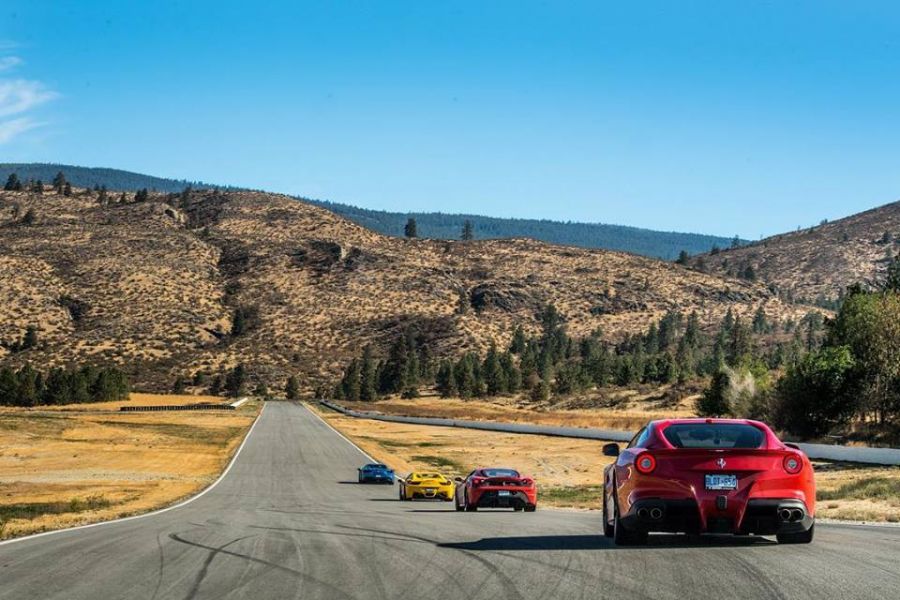 Between car owners doing laps, corporate events, private events and race weekends, Area 27 has been bustling with activity almost every day since the track opened for the 2018 season in early spring, she said.

The funding for these future projects are paid for by annual membership dues as the initiation fees are no longer on the books as the target to reach 300 members was met within the first year, she said. 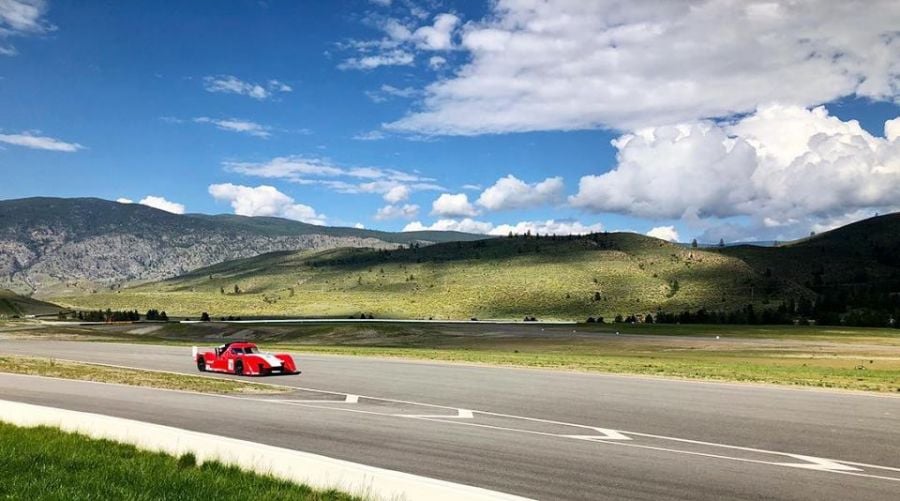 “All of the funds do go back into the facility,” she said. “Our corporate events have also been a big success. Last year, we had Chevrolet Canada come and do a media launch for a week, so there’s revenue to be had there.”

It’s great to work at a facility where the members are so committed to growth and making it even better, said Johnson. 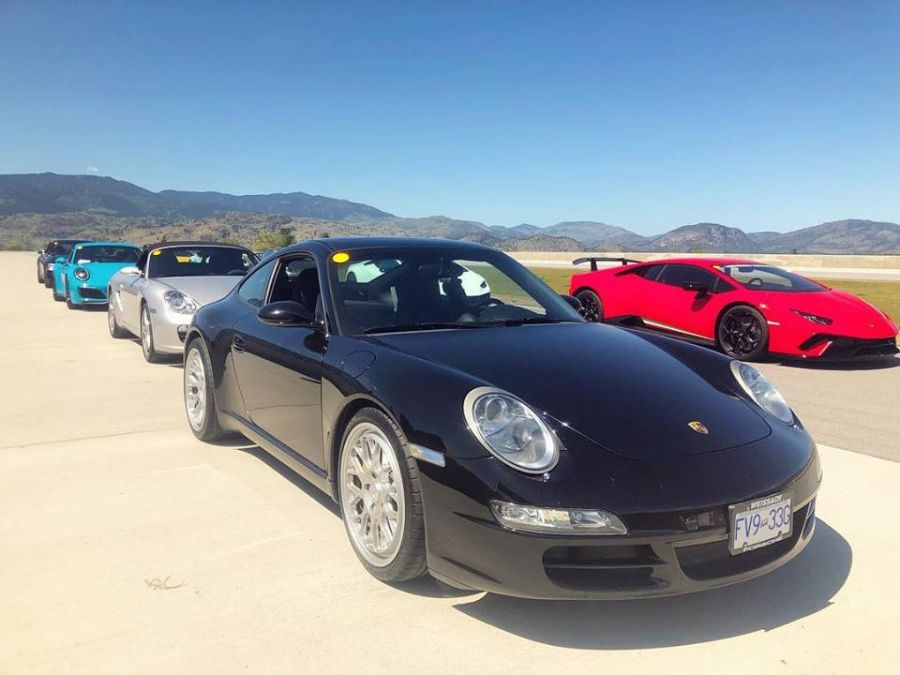 Many former skeptics still find it hard to believe a motorsports park in a remote area of rural B.C. could become so successful so quickly, she said

“It’s unheard of to see a facility of this calibre and a track of this calibre to be built in such a short period of time,” she said. “Once dirt started to be moved in February of 2016, we opened the track to members in August of the following year, so that’s pretty impressive.”