You've heard of Muscle Beach? The infamous waterfront strip of sand in Santa Monica that’s credited as the birthplace of the modern day physical fitness craze? 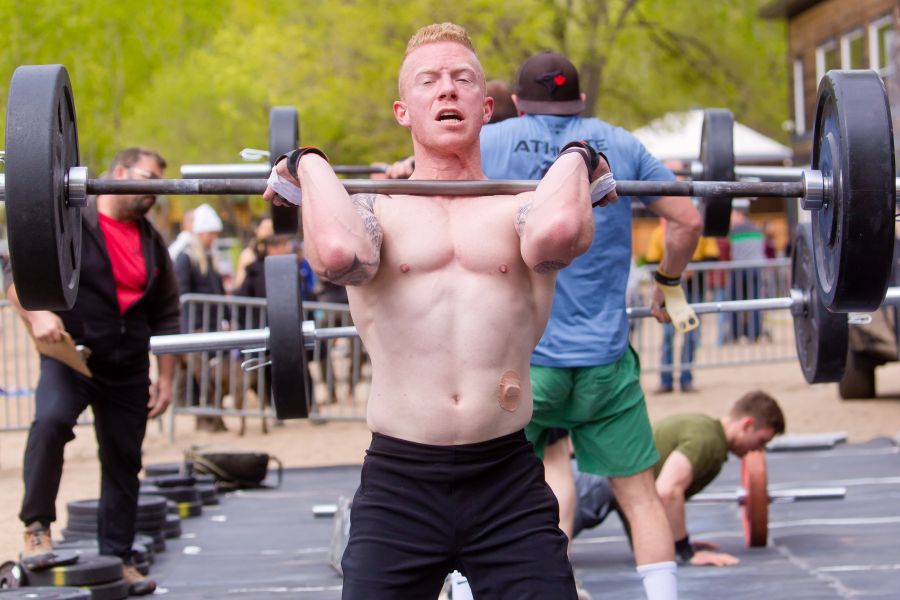 Well, move over Santa Monica. This weekend Penticton had its own Muscle Beach. 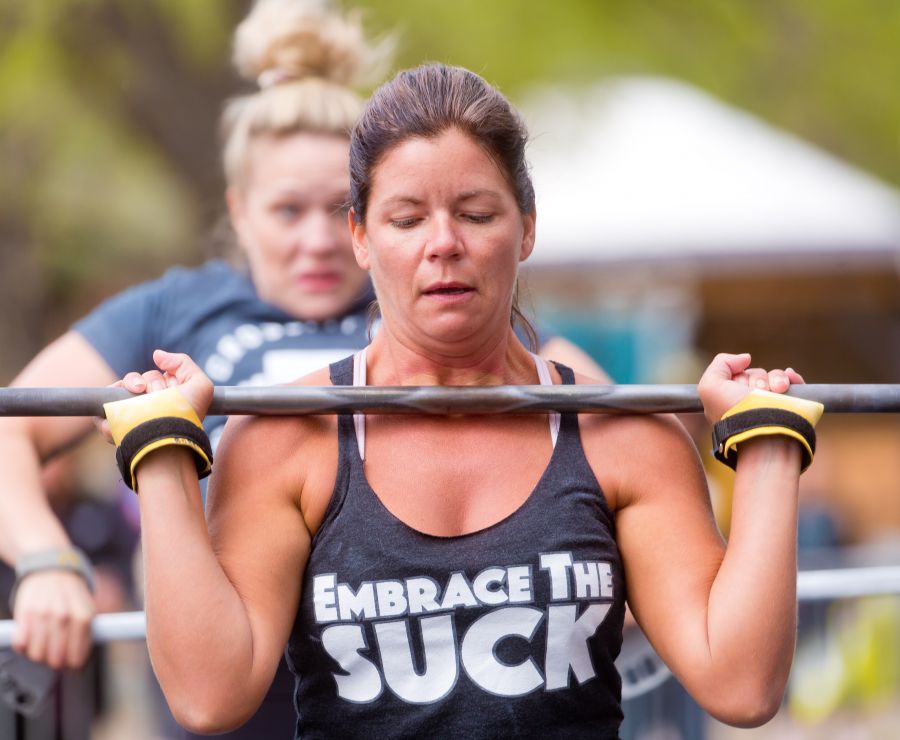 It all went down at Beach City CrossFit on the north shore of Skaha Lake, a place that, when you think about it, has a permanent Muscle Beach vibe to it. 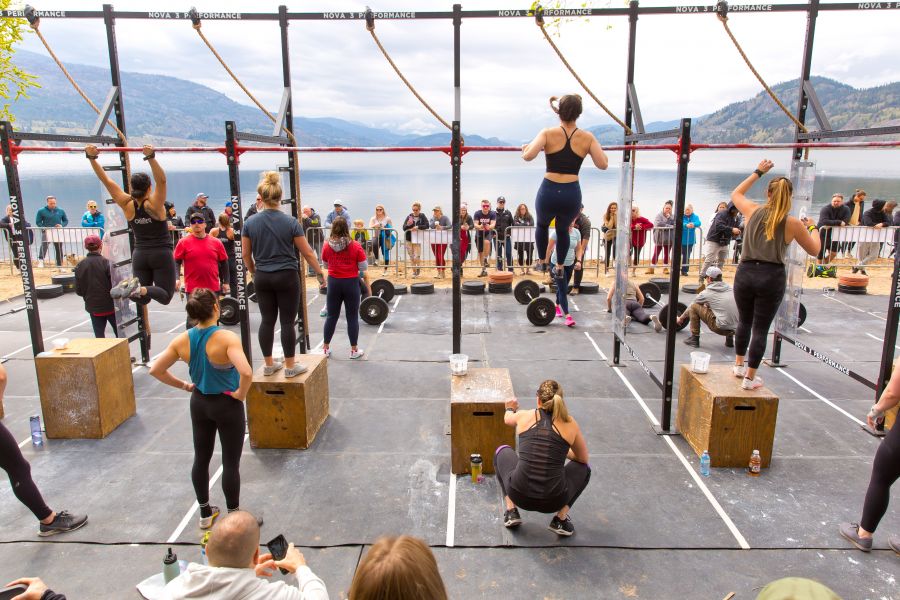 But this Saturday and Sunday, local adventuring business Hoodoo Adventure Company partnered with Beach City, hauled in a ton of heavy-duty outdoor fitness gear and imported approximately 130 competitors from across the province for the running of the eighth annual crossfit-to-the-max event entitled Okanagan Throwdown. 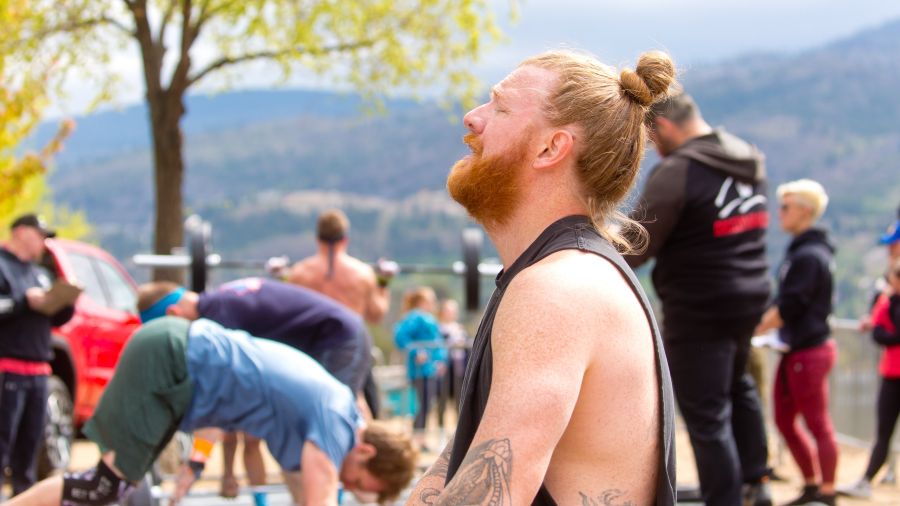 It was the first local Throwdown since 2019 (can you say "pandemic?") and certainly the first ever to be held in the great outdoors. In that way, it had a lot in common with this weekend's Fest of Ale. 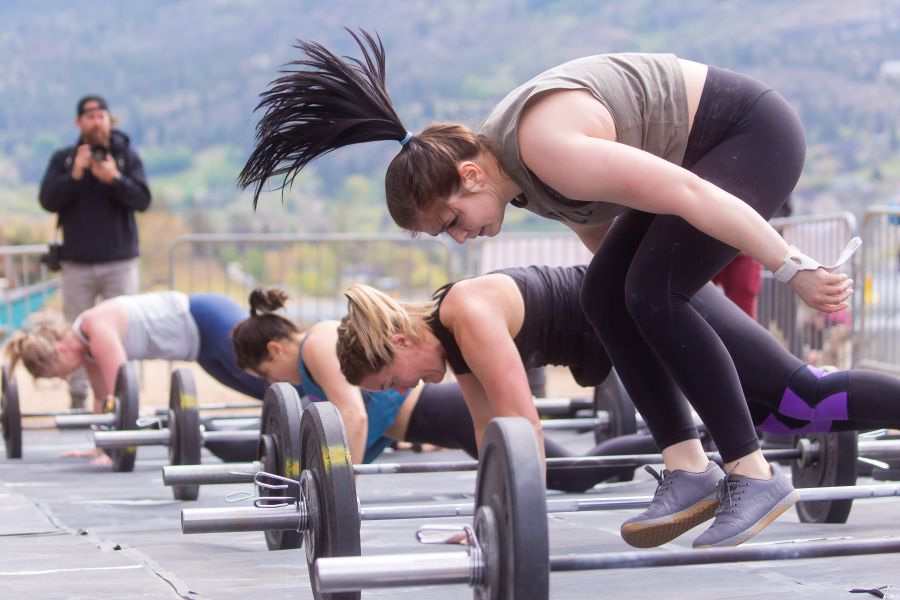 But considering all that's gone on since Hoodoo was forced to pull the plug on the 2020 edition just a week prior to its scheduled start, having already committed some pretty serious resources to it, 130 participants getting all hardcore on the beach was great stuff.

"We moved here because we had to make a decision on the venue months and months ago when all the restrictions were still in place," explained Hoodoo's Lyndie Hill. "So we thought going outside was safer. Less chance of being canceled again. 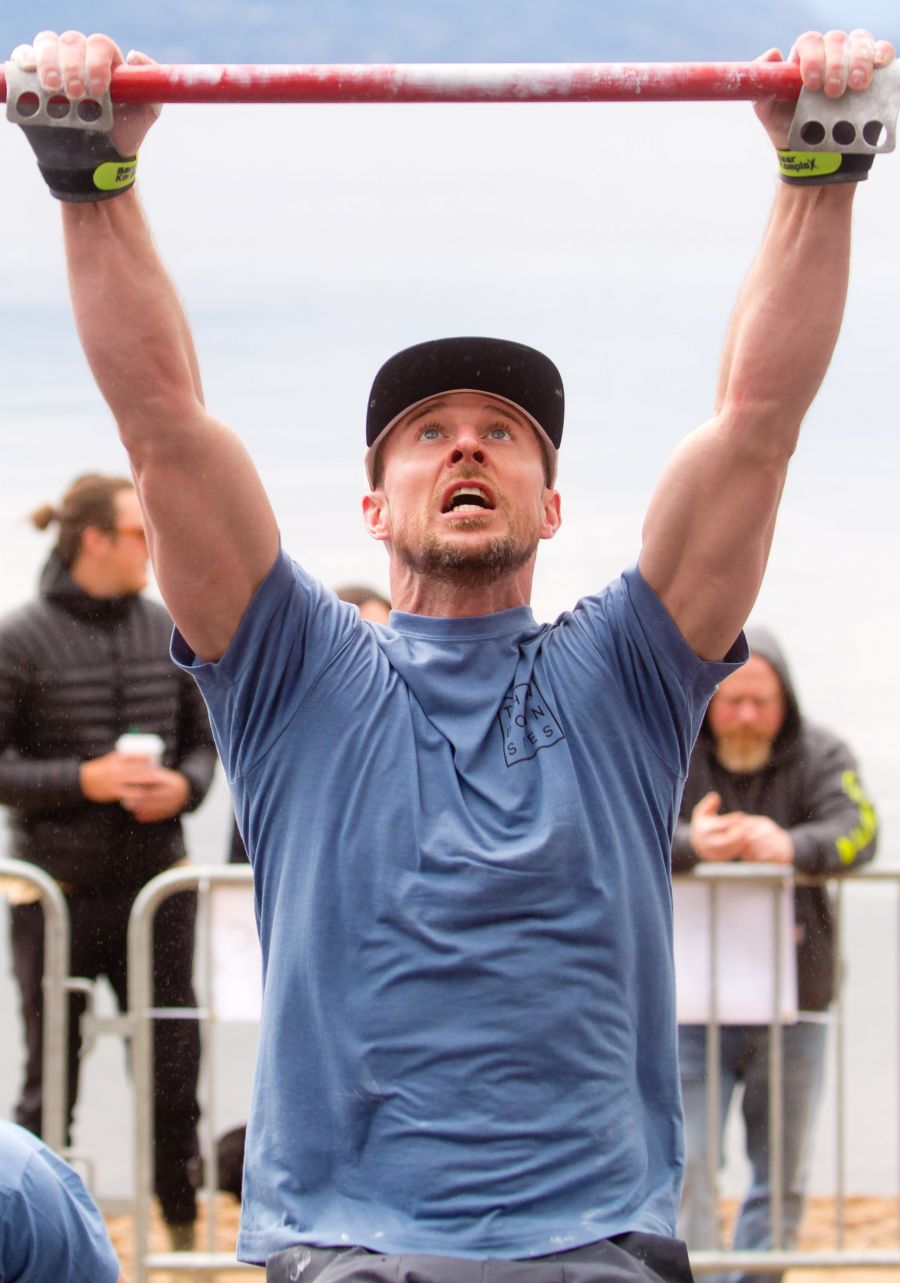 "And we've worked with Beach City CrossFit before. They’ve been amazing, and this is just such a unique venue."

According to Hill, Hoodoo was a bit hamstrung when it came to registration for the 2022 event. And that's the big reason the numbers were off. 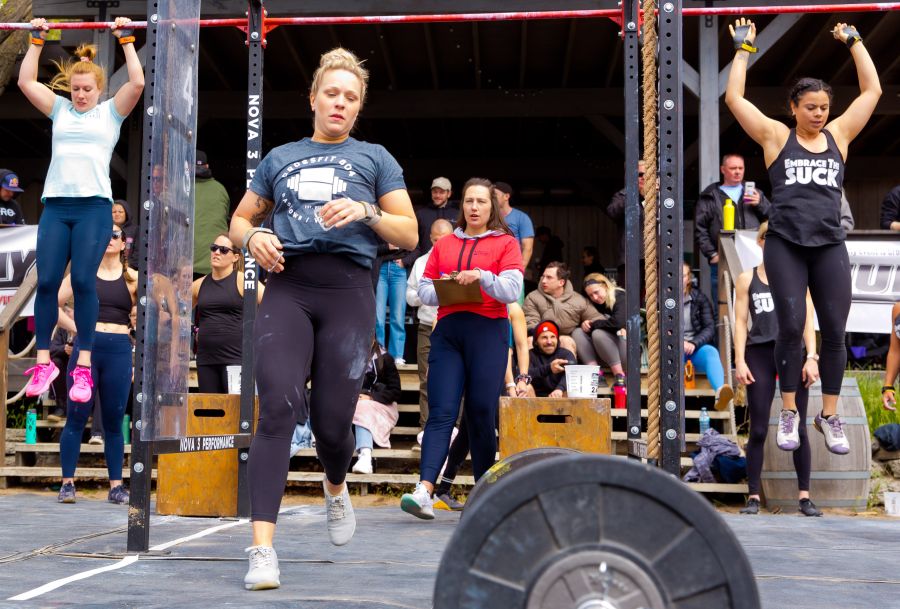 "All these people were registered in 2020," she said, "and so we've been postponing since then.

"We were just a week out from the event when everything shut down in 2020. So we had quite a few people who couldn’t make it this time, but we didn’t open up new registrations to make sure we could host all those who'd already signed up." 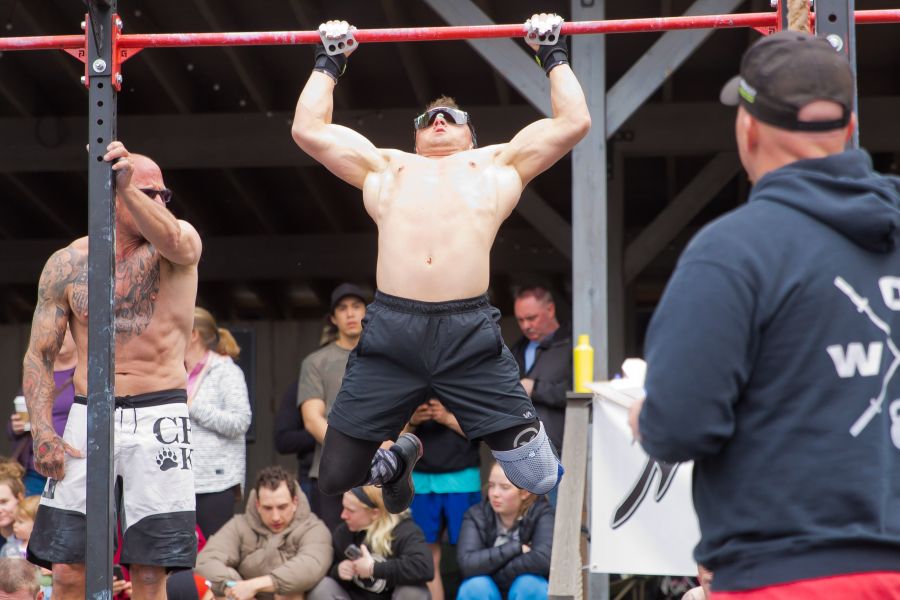 Ultimately when all was said and done this weekend, arguably the biggest winner of all was the Township of Langley, home to not one but both "Elite" victors. "CrossFitters are there for their personal best," said Hill. "If they’re not competing with each other, they’re competing with themselves and out to get their own best scores."

One of the more familiar faces in the crowd of competitors on the weekend was that of Jodi MacKenzie, owner of Penticton CrossFit and a keen Throwdown participant. MacKenzie was most happy that events like Throwdown are back. 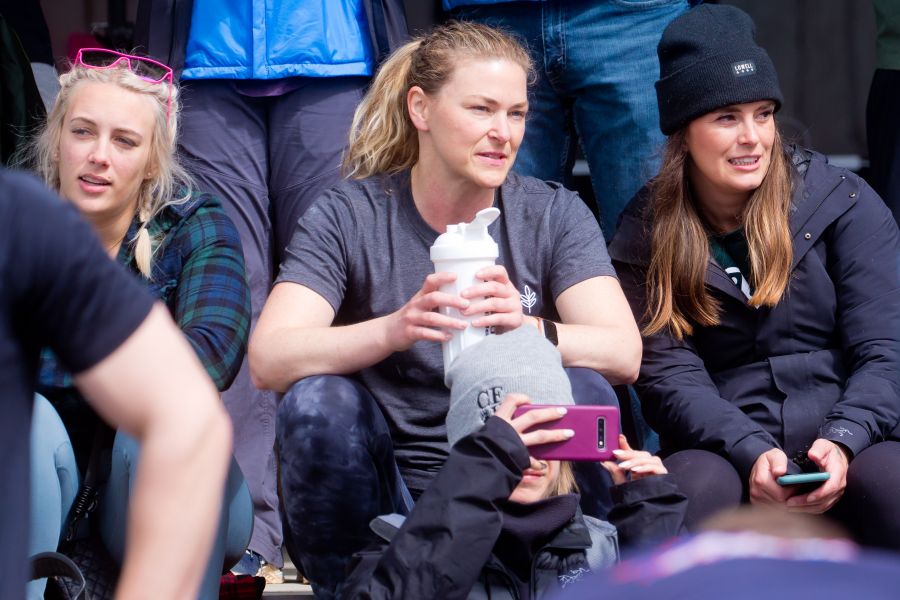 "Coming out of COVID has been rocky for everybody, but it's fun just to get back at it," she said. "It was a little chilly yesterday (Saturday), but it’s super cool to be out on the beach."

There are still decisions to be made for the 2023 edition of Okanagan Throwdown. 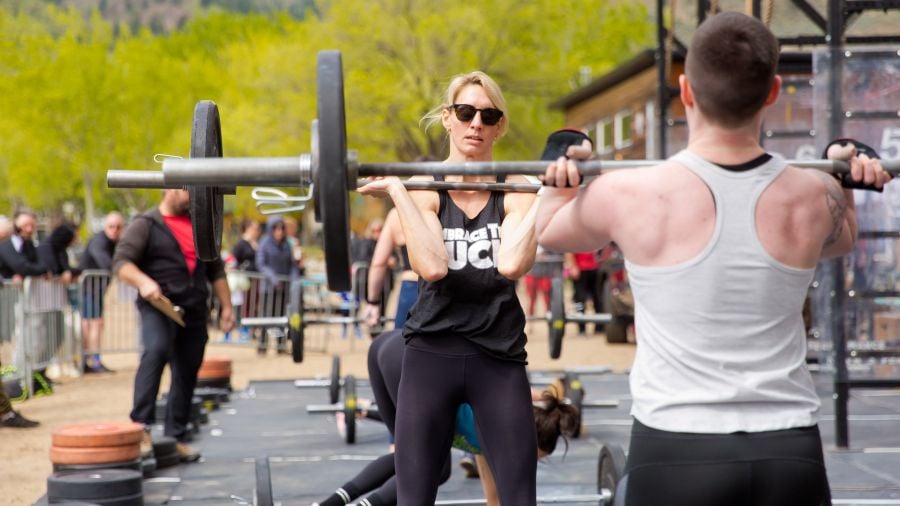 "We're going to debrief after this one and make a plan for the future of the series," said Hill. "After COVID, it's going to be a rebuild from the ground up. Maybe a rebrand and mix it up a little bit and go from there." "We partnered with Beach City CrossFit today," she said, "but we also have to thank Murray Buick GMC. They’ve come on board as sponsor of all Hoodoo Adventure events this year."