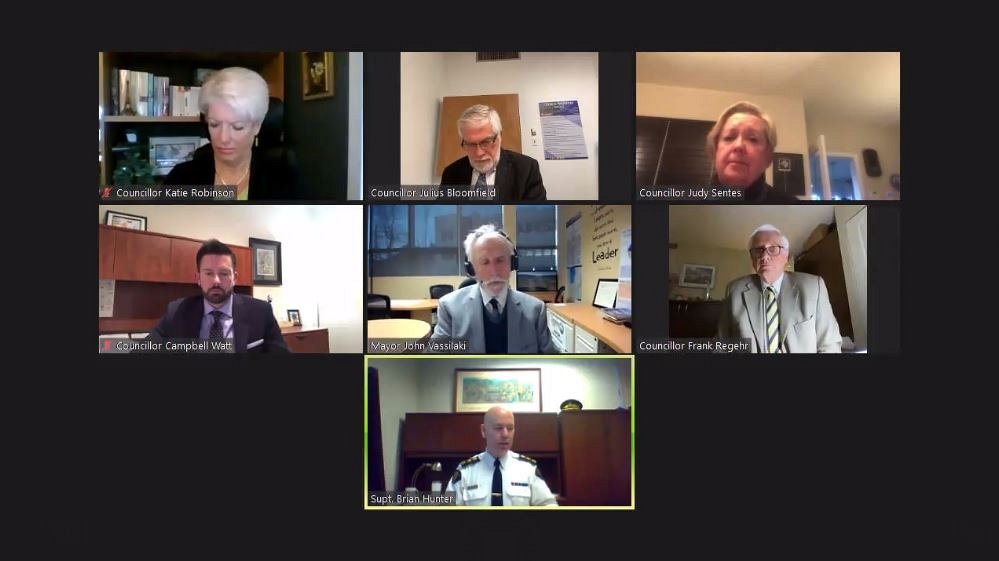 Item 10.2 on the Penticton City Council regular meeting agenda Tuesday was sure to garner a great deal of discussion.

Item 10.2 was the RCMP Quarterly Update.

Crime, and particularly residential crime, has been a hot topic for many years. As a result, the discussion lasted 37 minutes.

Property crime trended downward in the last three months of 2020, and that has meant a reduction in total reported crime events in Penticton. 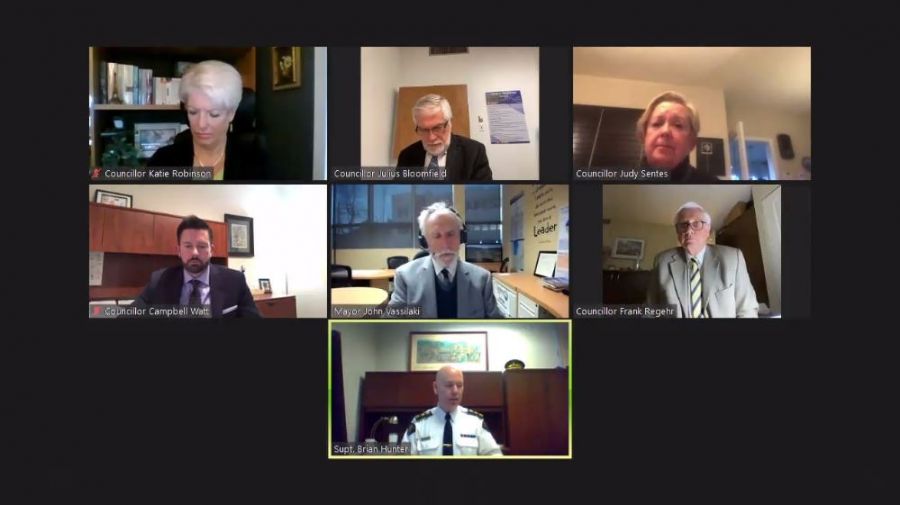 However, in his quarterly report to council, detachment superintendent Brian Hunter, who has been on the job exactly one year, cautioned against taking the foot off the pedal.

“This is not a time for us to start cheering on the fact we’re down 9%,” stated Hunter. “It’s better than being up. But we have a long way to go.

“And with that 9%, there’s a significant causal factor, and that’s the pandemic.”

Total reported crime events in the municipality for the quarter was 1,634, which is down 5% from last year (1,729). This change is driven largely by the decrease in property crime, which went from 1,155 to 921, a decrease of 20% from the same reporting period last year.

“Penticton is not a violent community," advised Hunter. "We can look at the crime severity index for violence, we’re not high up there. It’s the property crime.”

Council was engaging when it came to question period.

“I’m pleased to hear about a new program that started in January involved prolific offenders. At the safety and security advisory committee meeting Monday, we discussed the possibility of a community impact statement, as opposed to just the victim impact statement,” said Councillor Katie Robinson, who went on to ask Hunter if he felt that would make a difference in court.

“Absolutely. Everyone looks at things through a different lens. It’s important that the judiciary, if we do have a prolific offender in front of them, and if the community is affected, that they know what it's like through the community lens,” responded Hunter. “I think we need to tell our story and how it is affecting them.” 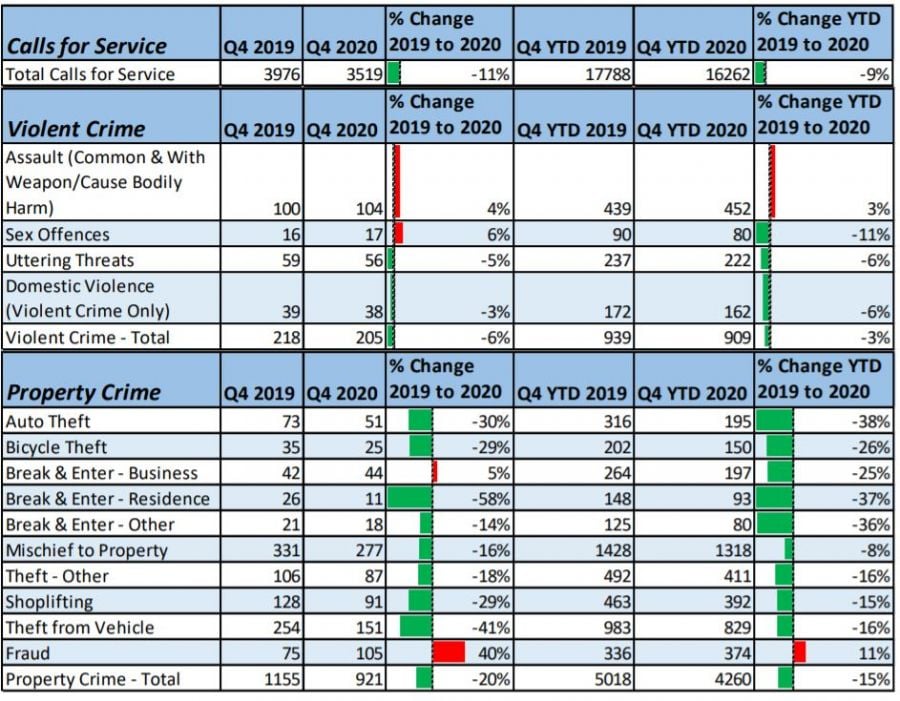 “Crime is down throughout the province, and that’s generally attributed to COVID. There were extra funds in the community, negating the cause and effect for certain individuals to commit property offenses to feed addictions. As well, people were at home and minimizing opportunities for crimes,” said Hunter. “We need to recognize in this community, yes, crime is down 9%. But it’s down 9% from a really high, high number in this community.”

He then informed council and residents of the latest crime severity index statistics from across Canada. Of the 324 municipalities with a population of at least 10,000, Penticton ranked seventh for non-violent crime severity, a stat which essentially reflects prime crime numbers. 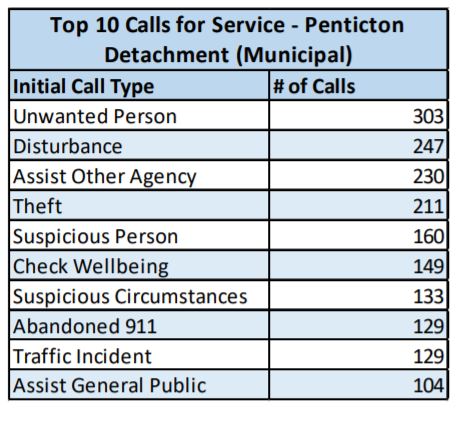 “We have a lot of work to do in this community. I’m going to suggest our crime rate is egregious, and we need to address it as a community,” stated Hunter. “The ultimate solution that we need in this community is rehabilitation and treatment. Until we get that, I don’t see a lot of our numbers changing here.

“We have a lot of very vulnerable people living in our community suffering from addictions and mental health issues. This is a medical crisis and these people need help. They honestly don’t belong in jail."

When queried by Councillor Campbell Watt on the upward trend in crime rate, Hunter deferred to Councillor Robinson, who is on the safety and security committee.

“Absolutely we’re working on it, exhaustively. But what it boils down to, we don't have the manpower to do a lot about it. We don’t have the budget,” said Robinson. “And right now I think we can all agree the judicial system is letting our community down so badly that it’s borderline pathetic. There are no consequences for the criminals. They know they’re not going to be going to jail because of COVID.”

The Penticton detachment has a high caseload per member, which keeps officers in the office at times instead of on the street.

“That caseload is unsustainable.” 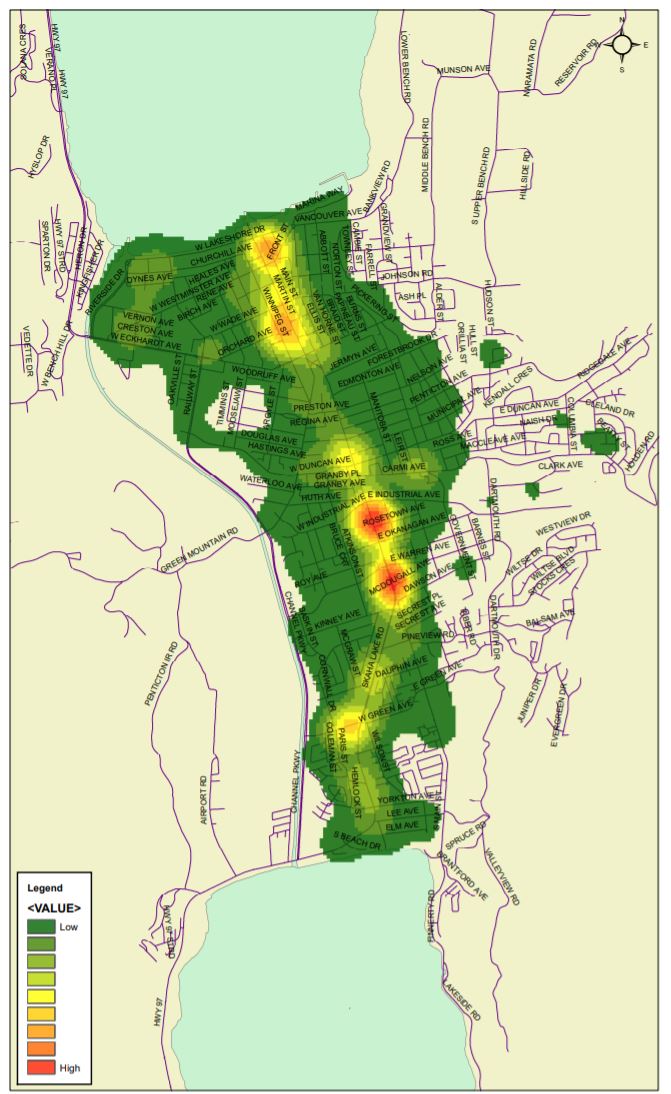 Help is on the way, with the Penticton detachment set to grow by two members.

“I can tell you, our members are getting burned out with the caseload, they’re stressed, and they’re very frustrated,” said Hunter. “On those busy shifts, we are just not able to attend to all of those calls for service that come in. We’ll call out complainants back and let them know how busy we are, and we’ll do the best follow up we can with them.”

Hunter indicated the paperwork is in, and the request should go to the RCMP by March.

“If everything worked out in a magical way, we could have those officers by the summer,” said Hunter. “But I haven’t seen magic in awhile.

“Once the paperwork is done, it's within the RCMP process, which I’ll ensure we try to expedite as quickly as we can.”