The South Okanagan Similkameen (SOS) Fair Vote team has announced it will be spending Democracy Week in Canada spreading the word about proportional representation across the region.

Democracy Week celebrations are getting a boost from local organizers looking to rally voters in our region. From Sept 15 to 21, Democracy Week events will take place across Canada as an initiative to engage and connect Canadians with their democratic process.

Organizers from the SOS Fair Vote team will be spreading the word about how proportional representation (PR) can strengthen British Columbia’s democracy if adopted in this fall’s mail-in referendum. 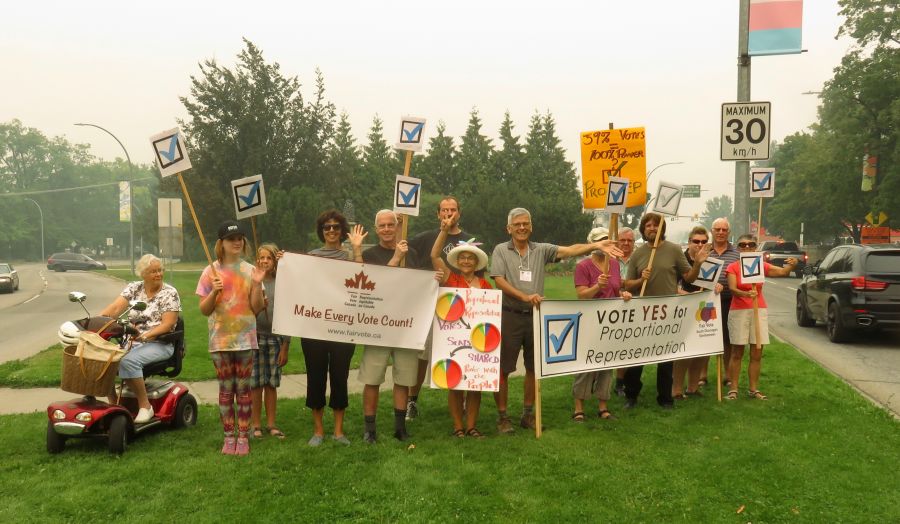 In a news release Friday, the SOS Fair Vote organization announced there will be a series of events before and during Democracy Week for those who feel our political system could use an injection of fair and accountable representation.

“Adopting a form of Proportional Representation is our best hope to reinvigorate our democratic processes”, said Margaret Holm, who will be presenting at events during Democracy Week. “People want to vote for what they believe in and see their vote count. They don’t want to plug their nose and vote strategically to keep out even worse politicians.”

Holm will be presenting workshops called Proportional Representation: What It Is and Why It Matters, a discussion on the upcoming B.C. referendum on how Canadians now vote.

The public is invited to catch the discussion on Monday, Sept. 10, beginning at 7 p.m. at the Penticton Seniors’ Drop-In Centre.

“We have had a great response to date from locals who want to see our democratic system finally modernize in line with the vast majority of Organization for Economic Co-operation and Development (OECD) countries,” said SOS Fair Vote team chair, Diana McGregor.

The local chapter is rallying its more than 60 volunteers in a Democracy Week Party at Oasis United Church on Sept. 17 from 5 to 7 p.m.

“People have signed up to make a difference and this week our volunteers are getting energized and kicking our campaign into high gear." said McGregor. 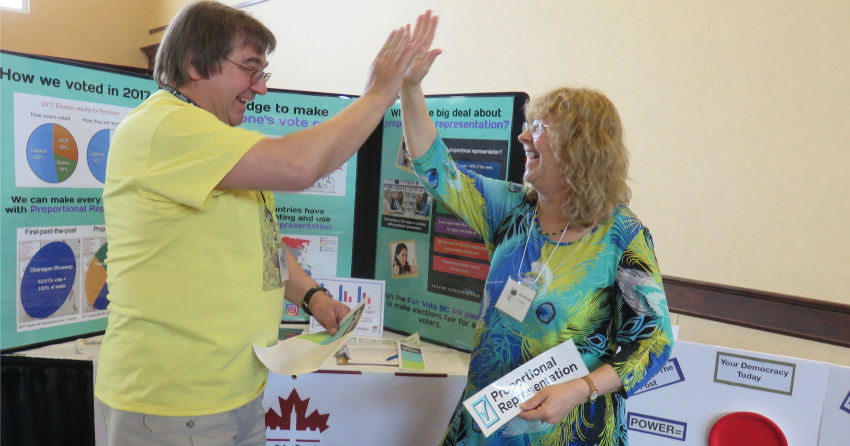 McGregor invited all those wanting to contribute to campaigning efforts to join at the meeting on Sept. 17.

Referendum ballots will be mailed by Elections BC on October 22.

The campaign for proportional representation in B.C. has seen citizens from across the political spectrum working together to strengthen democratic systems through electoral reform, said McGregor.

Voters can learn more about proportional representation at www.fairvote.ca/pr4bc.

The SOS Fair Vote organization can be reached by email at sosfairvote@gmail.com.