Call it the entertainment zone or the food and beverage district or whatever you want, but the resurrected downtown neighbourhood centered loosely around the intersection of Westminster and Winnipeg and spreading out a block or two in all directions has in the past three years gone absolutely bananas. 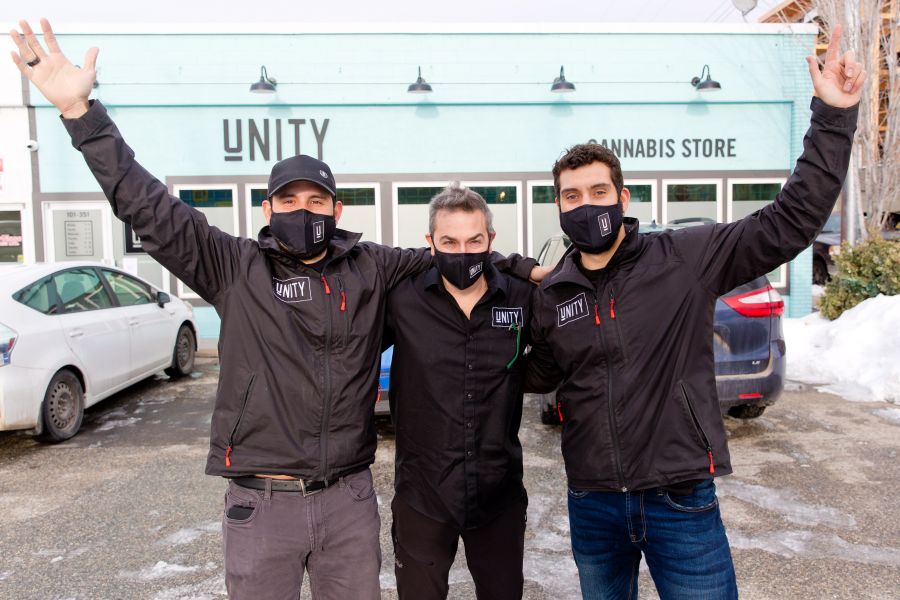 Now loaded with upscale and mostly brand new restaurants, pubs and other cool places for adults to eat, drink and be merry, it's clearly one of the city's true hot spots. So is it any wonder that an upscale cannabis outlet has finally appeared on the scene?

It's called Unity Cannabis and it's situated at Suite 101 of 351 Westminster Ave. That's directly across the street from the Bike Barn, directly west of the massive five-storey apartment/retail building under construction at 285 Westminster, and a block from Neighbourhood Brewing. 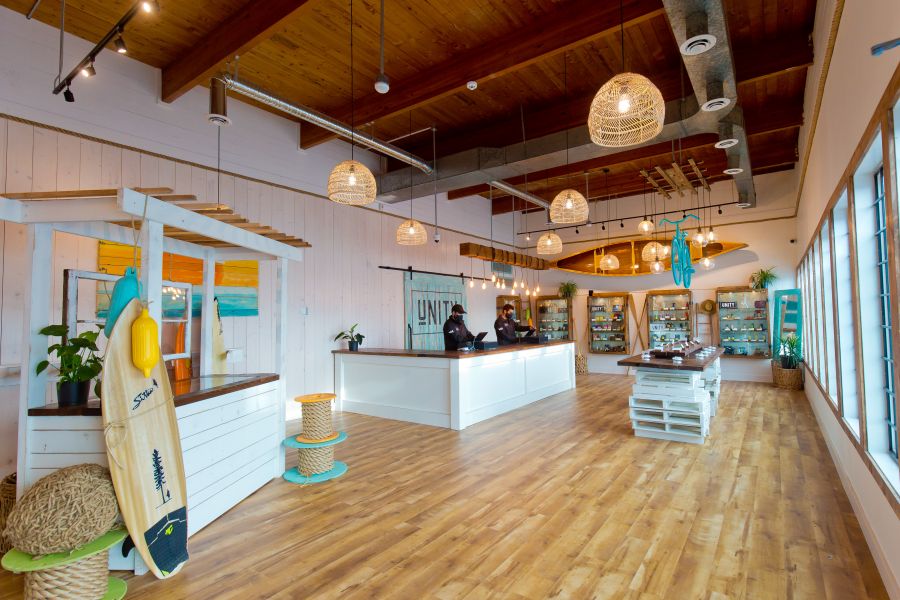 It also happens to be in the exact same storefront where the now defunct "Okanagan Cannabinoid Therapy" once dispensed cannabis before city hall nixed the retail portion of the operation in the pre-legalization days of 2018, triggering the decline and eventual demise of the enterprise.

Owned by the Williams Lake First Nation (WLFN), Unity Cannabis is, according to Unity CEO Kirk Dressler, "the product of the first government-to-government agreement around cannabis under Section 119 of the BC Cannabis Control and Licensing Act." 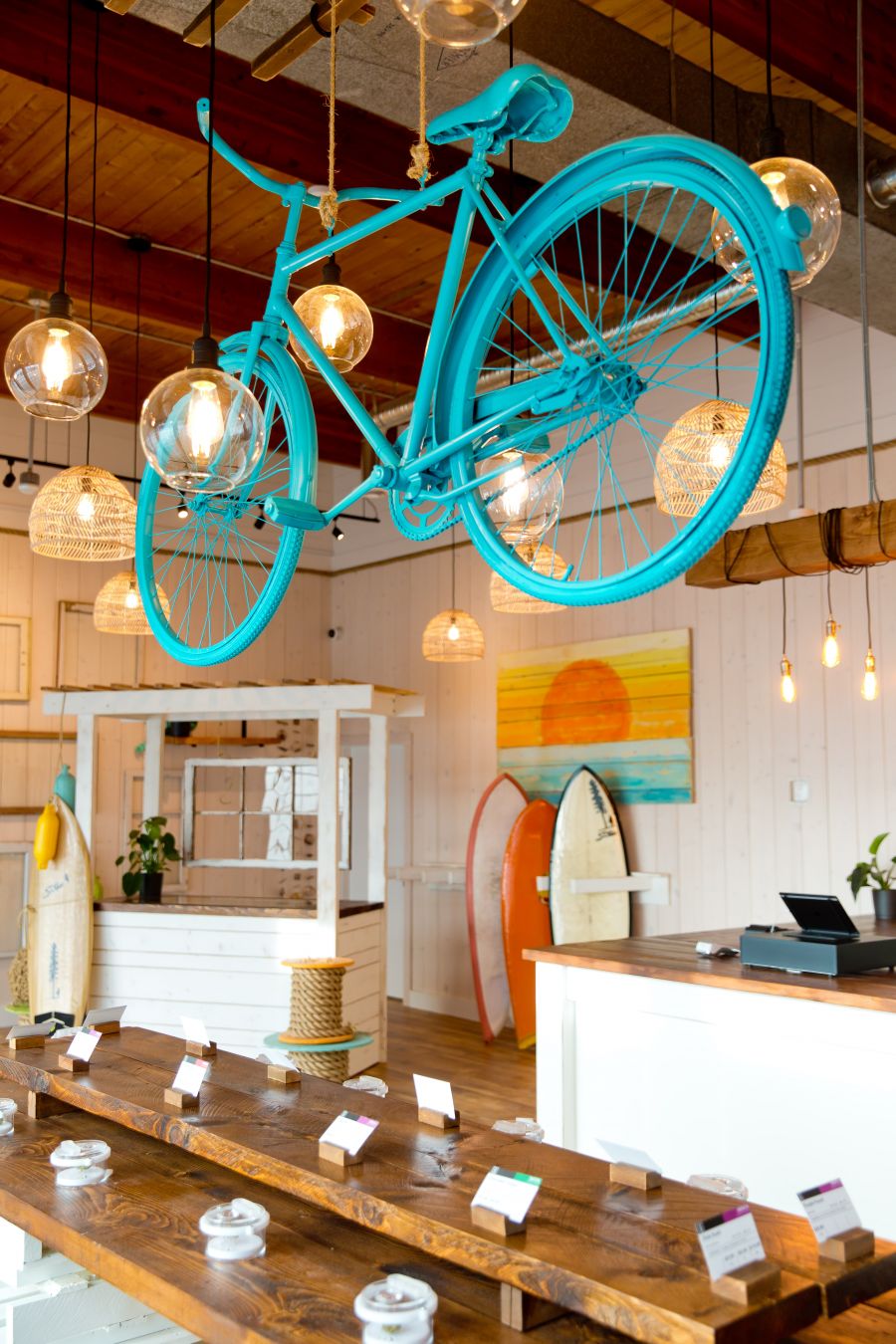 In plain English, said Dressler, "Section 119 allows the (provincial) government to enter into a specific arrangement with a First Nation with respect to cannabis retail. It was developed with the intention of recognizing the rights of First Nations and furthering the goals of reconciliation.

"But up until Williams Lake First Nation entered into this particular agreement, the section was essentially sitting there dormant. So this is a pretty notable development." 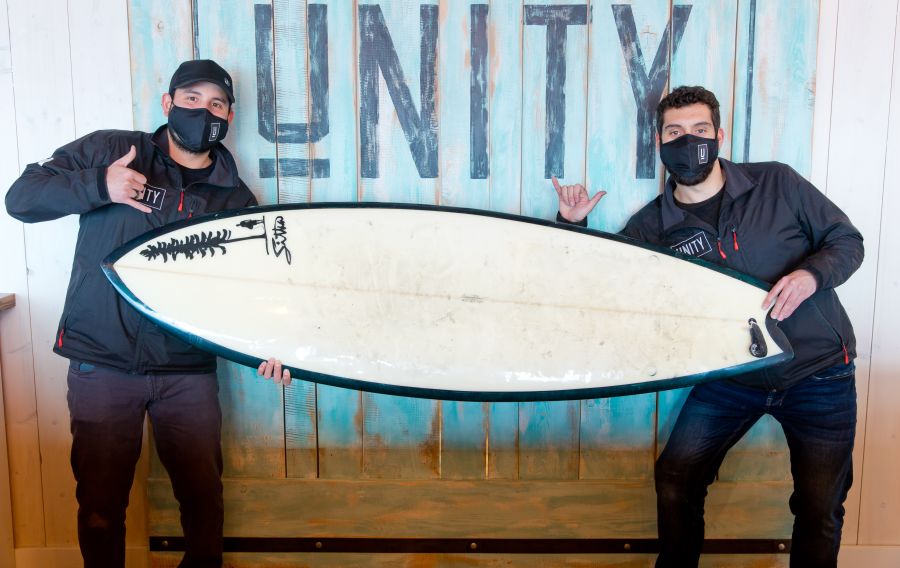 Dressler's not kidding. In September of 2020, the enterprising WLFN inked its deal with the province. One month later, the first Unity Cannabis retail operation opened in Williams Lake. Then just a month ago, a second store popped up in Merritt. And now, Penticton.

But there's much more to this story than the proliferation of yet one more provincially controlled cannabis shop. And it can all be summed up in one word: Craft. 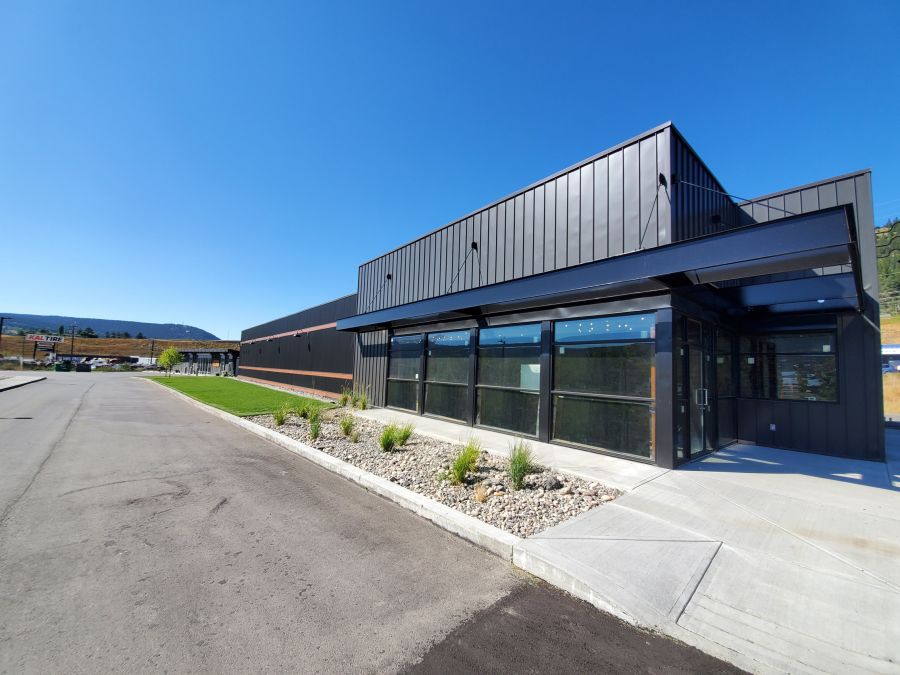 Indeed, sometime before summer, all the Unity locations, including the one in Penticton, will begin to stock freshly-picked "craft" cannabis, grown and harvested at the WLFN's pioneering "Sugar Cane Cannabis" cultivation facility in Williams Lake.

It's a huge deal for cannabis consumers, maintains Dressler. 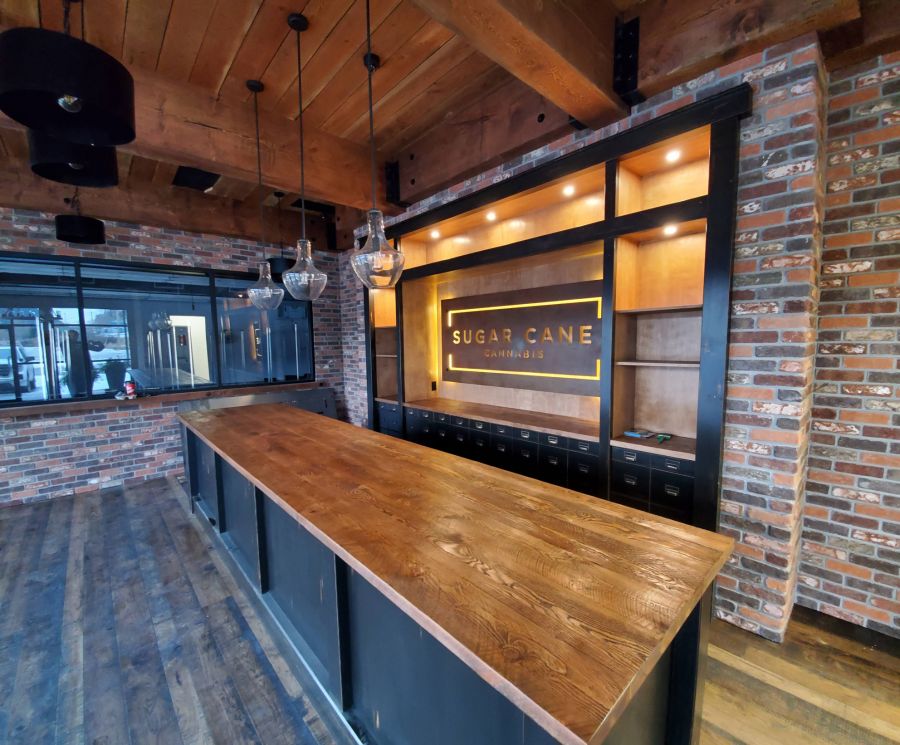 "The stuff you see right now in the store," he explained, "might be in the package for up to nine months. For most consumers, that's unacceptable. But with our product, by the time we process and package it, it’ll be a matter of weeks. So it'll be fresh and it'll be quality."

Dressler figures it's a matter of "months" before Unity begins carrying a full array of Sugar Cane product.

"As soon as we get the license and we can crop out, we'll be moving BC's first 100% Indigenous-owned micro-cultivated farmgate product into the stores. So our consumers will be able to access an Indigenously-grown craft product that's not available anywhere else." 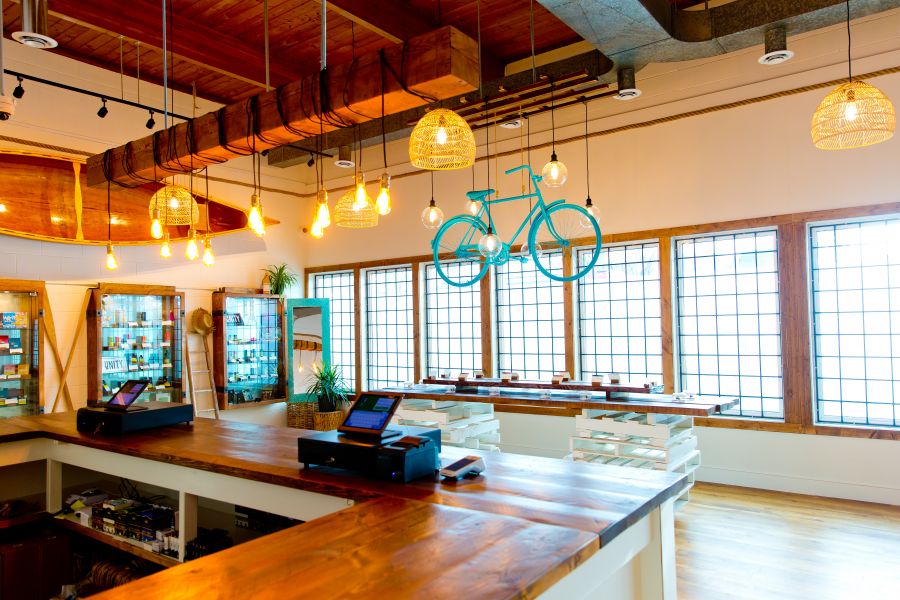 For Dressler, all of the above is the justifiable reward for a band that's doing things the "right way."

"Most First Nations are pretty frustrated that they haven't been able to meaningfully participate in the cannabis industry, and so they've kind of gone out on their own and operated in what has colloquially been called the 'red market.'

"It's largely unregulated and driven by non-First Nations interests and is laden with product that is deficient in quality or suspect in terms of public health and safety. But we went a different route." 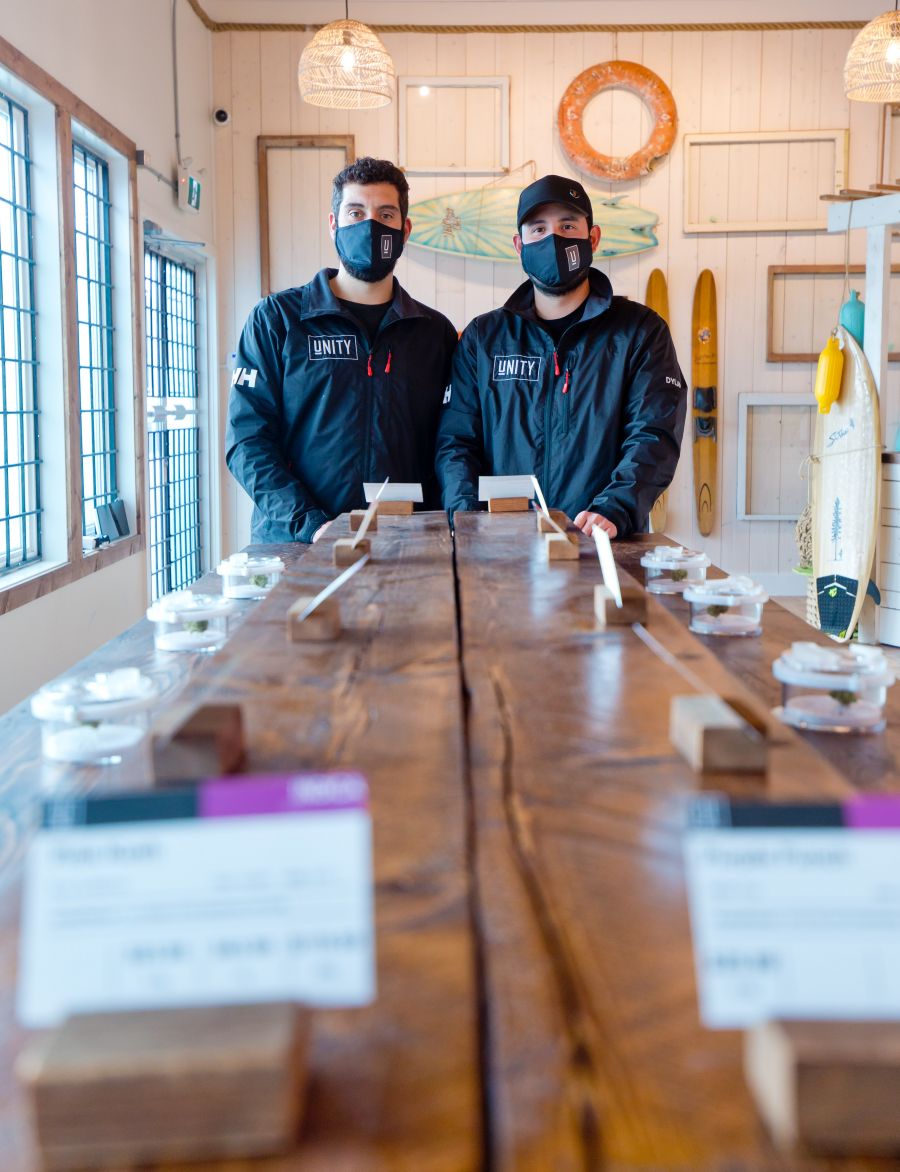 "Our position at WLFN is that we're strongly opposed to the way most of these operations are being conducted in the black market. We know they're generating some revenue for First Nations communities, but the negatives outweigh the positives.

"So our arrangement is something that should be celebrated because it's a meaningful cooperation between a First Nation and the provincial government that provides a path forward for other Nations to participate in the cannabis industry lawfully and safely." 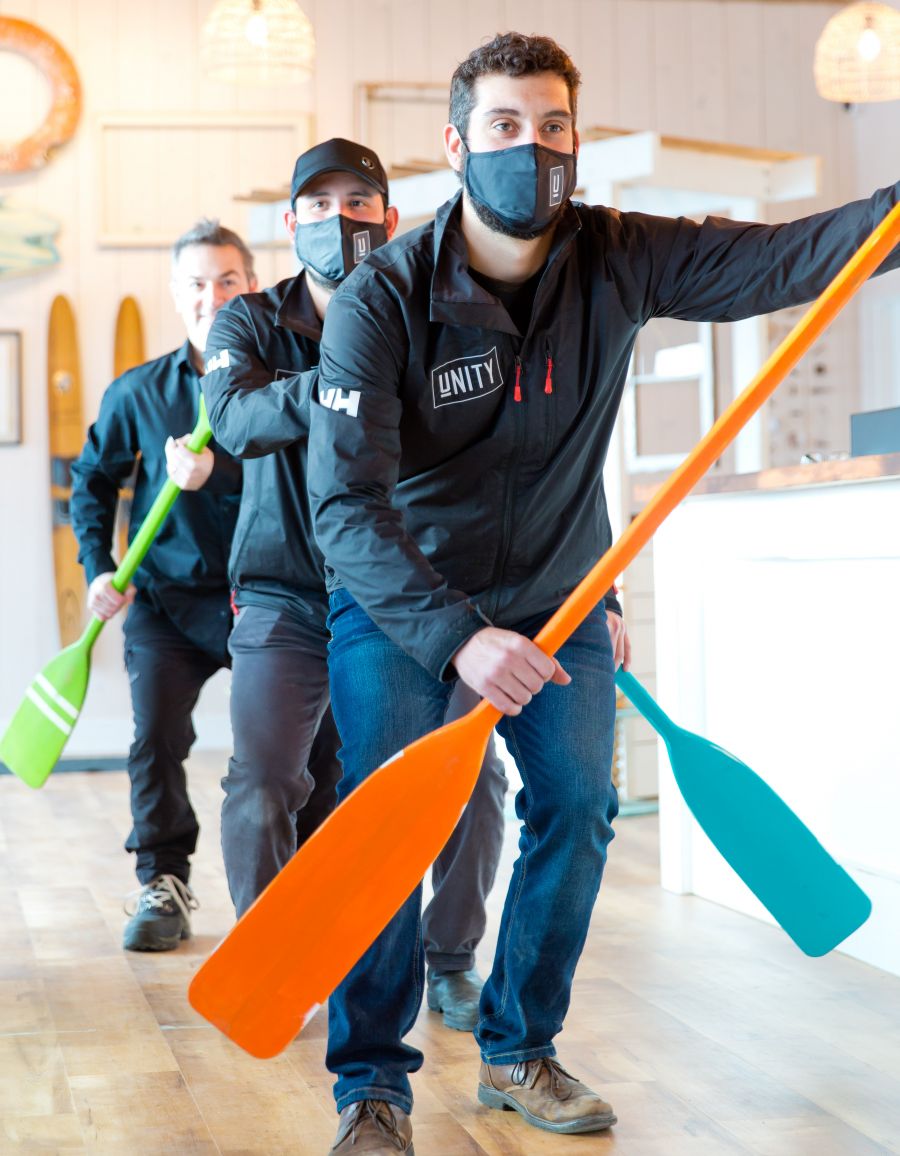 According to Dressler, Unity has had access to the space since summer. It began "strategic planning" in September and "intensive construction" in October.

And all that work seems to be worth it. Unity Cannabis is bright, spacious and modern. And fittingly, considering the location, it's beach- and lake-themed.

In the midst of winter, it's a pretty nice place to be.

"We think we created a more airy high-end esthetic to enhance the customer experience in the space." 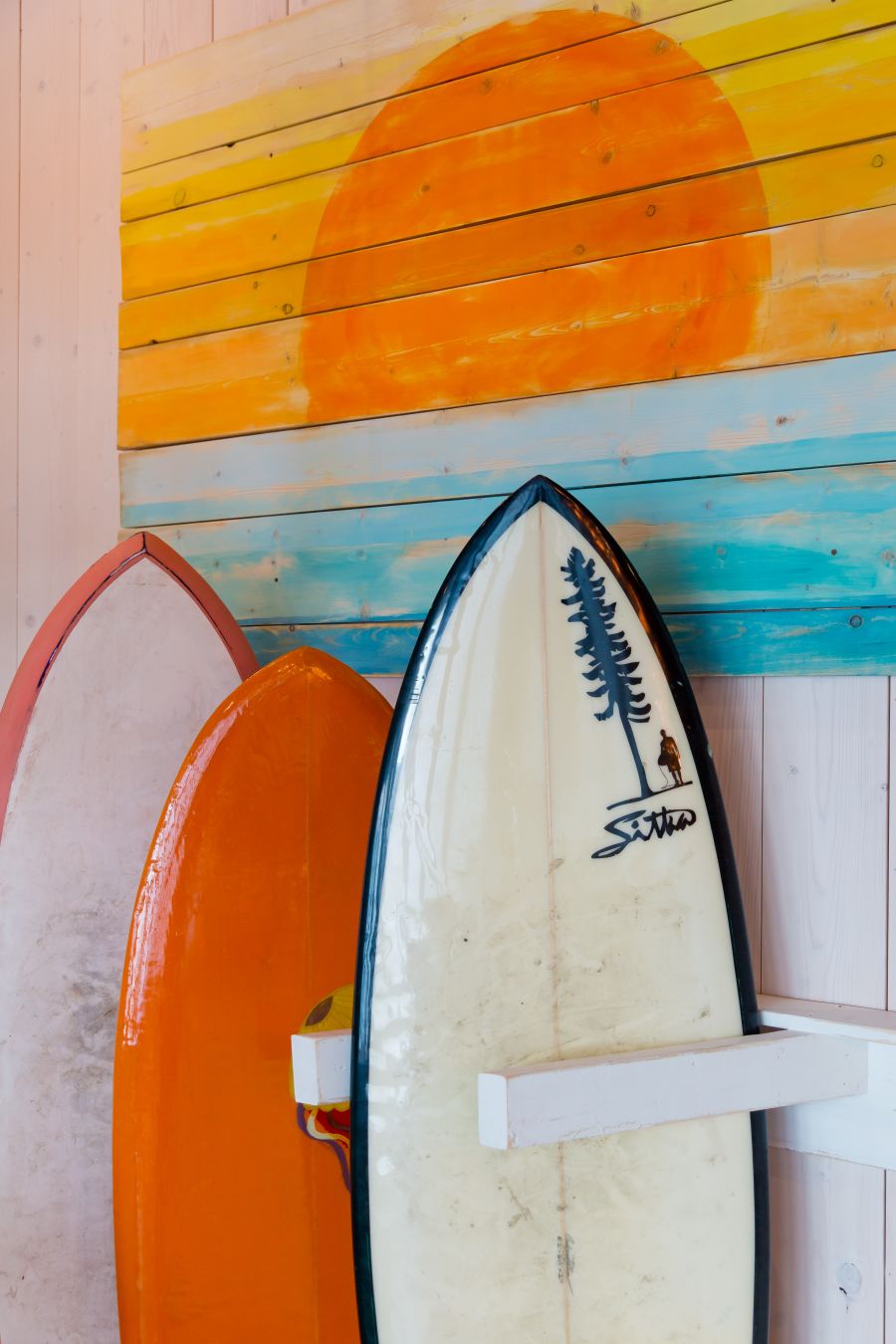 As for product, Dressler said they offer a "full range."

"Flower, which is the dry product, tends to be the most popular. We have a broad variety of flower from across Canada.

"And then there are ingestibles and tinctures. We offer a combination of THC and CBD products which people can use for a variety of purposes, whether for recreational effects or to help them with sleep or anxiety. And then there's a range of beverages too."

But everything will change, he reiterated, when all Unity Cannabis outlets begin selling craft product from its own Sugar Cane cultivation facility in early 2022. 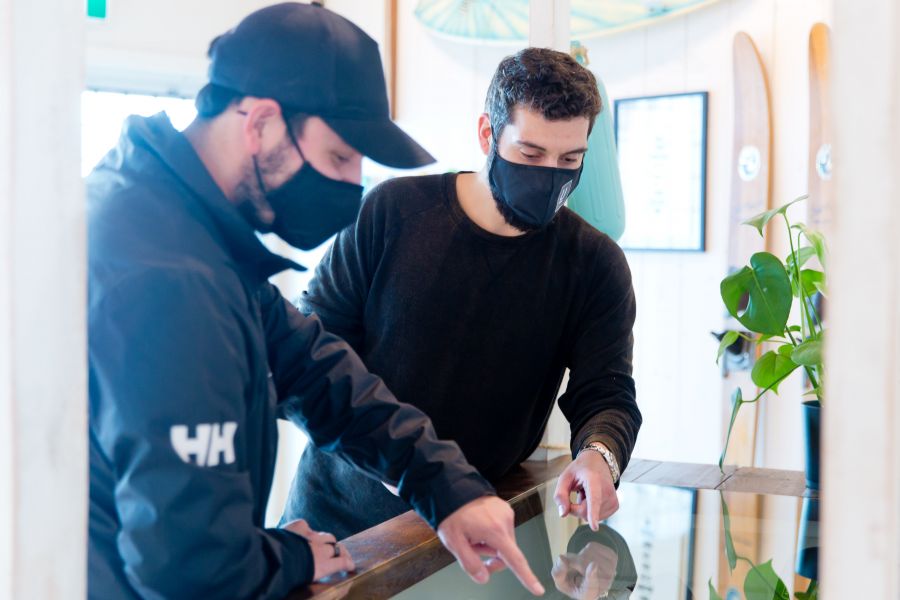 Unity Cannabis, which will offer delivery in the near future, is open every day of the week, from 9 am to 9 pm Sunday through Thursday, and from 9 am to 10 pm Friday and Saturday. A grand opening, featuring a cultural blessing, is planned for early 2022.

"We're excited to bring Unity to the Okanagan," said CPP Penny as we toured the place. "We're coming here with open arms and we're definitely super excited to be part of the development downtown and to add to all the amazing things that are already happening down here."

For more information, turn to the Unity website here, or call the Penticton store directly at 778-622-7163. 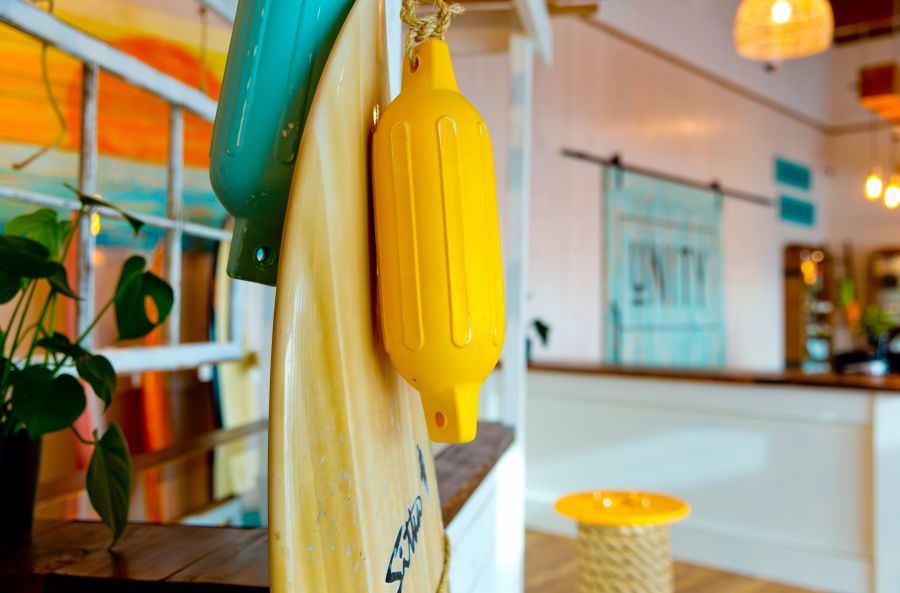