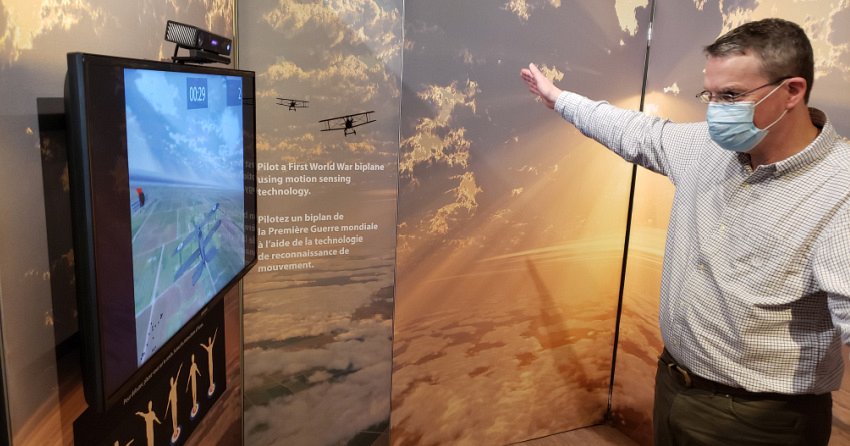 Flying a biplane at Penticton Museum

With the COVID-19 pandemic continuing to keep us somewhat isolated, everyone is searching for some normalcy, and the ability to get involved.

At the Penticton Museum & Archives, the Hands-on-Heritage Lab offers a group of displays which will help patrons quell their thirst for interaction.

First up, the Museum is hosting a new interactive exhibit from the Canadian Aviation and Space Museum entitled Ace Academy. 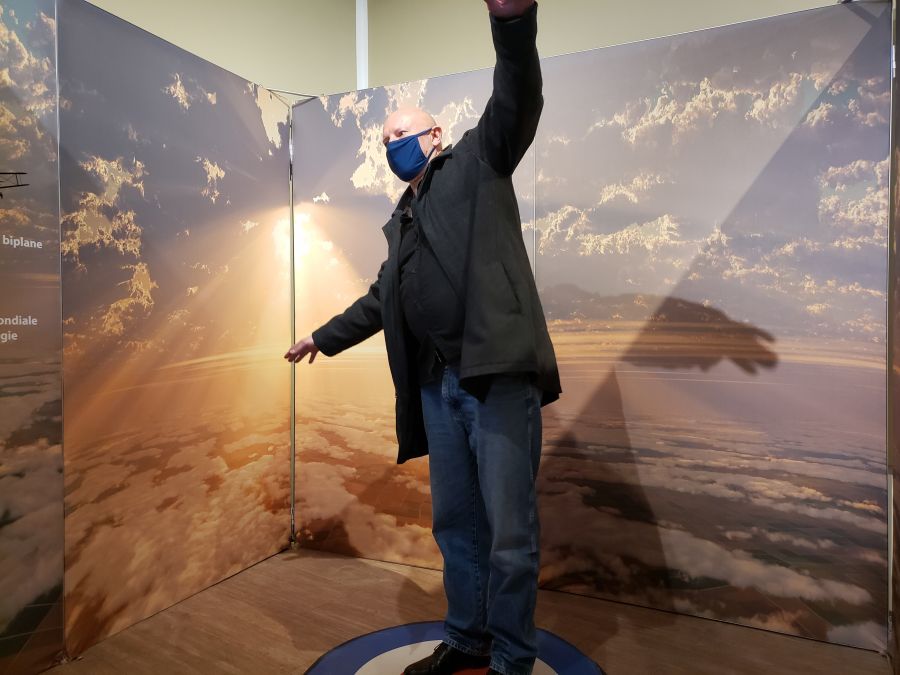 “During these times, parents are looking for things to do with their kids. I’m always looking at new exhibits, and especially interactive exhibits that we can get in here that complement our Hands-on-Heritage Lab. We already have a bit of an aviation display going, and I thought this would be a great fit,” said Penticton Museum & Archives Curator Dennis Oomen. “Obviously here at the museum we’re adhering to all the COVID protocols. This is truly a hands-off thing. It’s extremely low risk. There’s no controls to grasp.

“I thought it was a great fit.”

In this digital interactive experience, visitors can fly a realistic rendering of a Sopwith biplane by simply moving their bodies and arms. 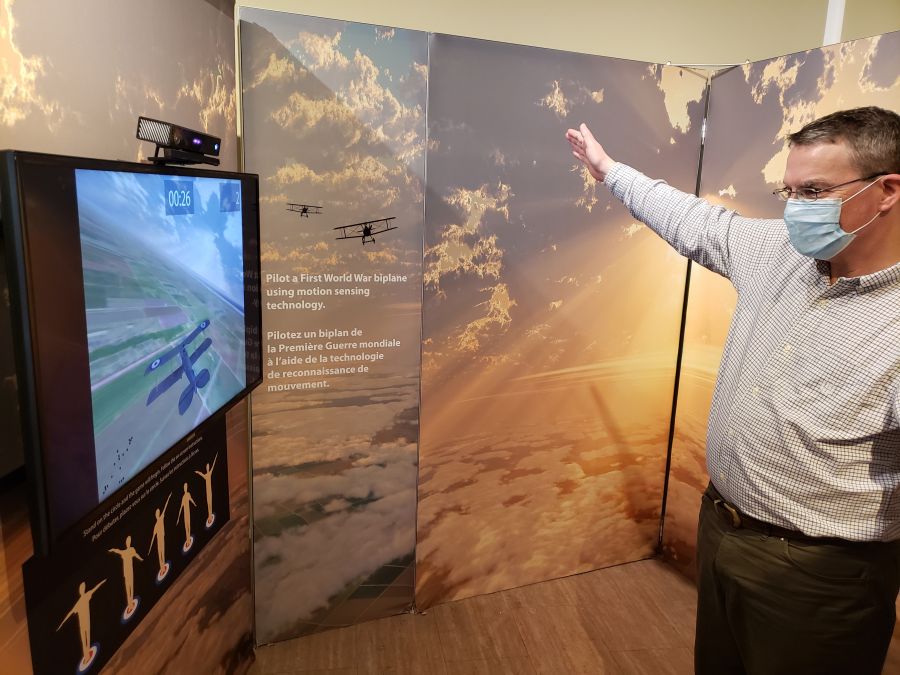 “You can pilot your own aircraft. It’s fun, and it’s educational. And there’s an element of competition in it too. It’s based on first World War flying, which I think is always quite interesting,” continued Oomen.”You mostly use your arms. You manoeuvre your biplane over a first world war battlefield. You’re there to shoot down enemy aircraft. In that sense, you’re doing what great Canadian aces like Billy Bishop and Raymond Collishaw of British Columbia did way back over a hundred years ago.

“It gives you a bit of a taste of that particular time in history. We’ve got a staff member here, Chandra Wong, who did 10. I’ve done six.”

Ace Academy was developed by the Canadian Aviation and Space museum in partnership with SEED Interactive. Ace Academy and its sequel, Ace Academy: Black Flight are available for free on the App Store and Google Play. 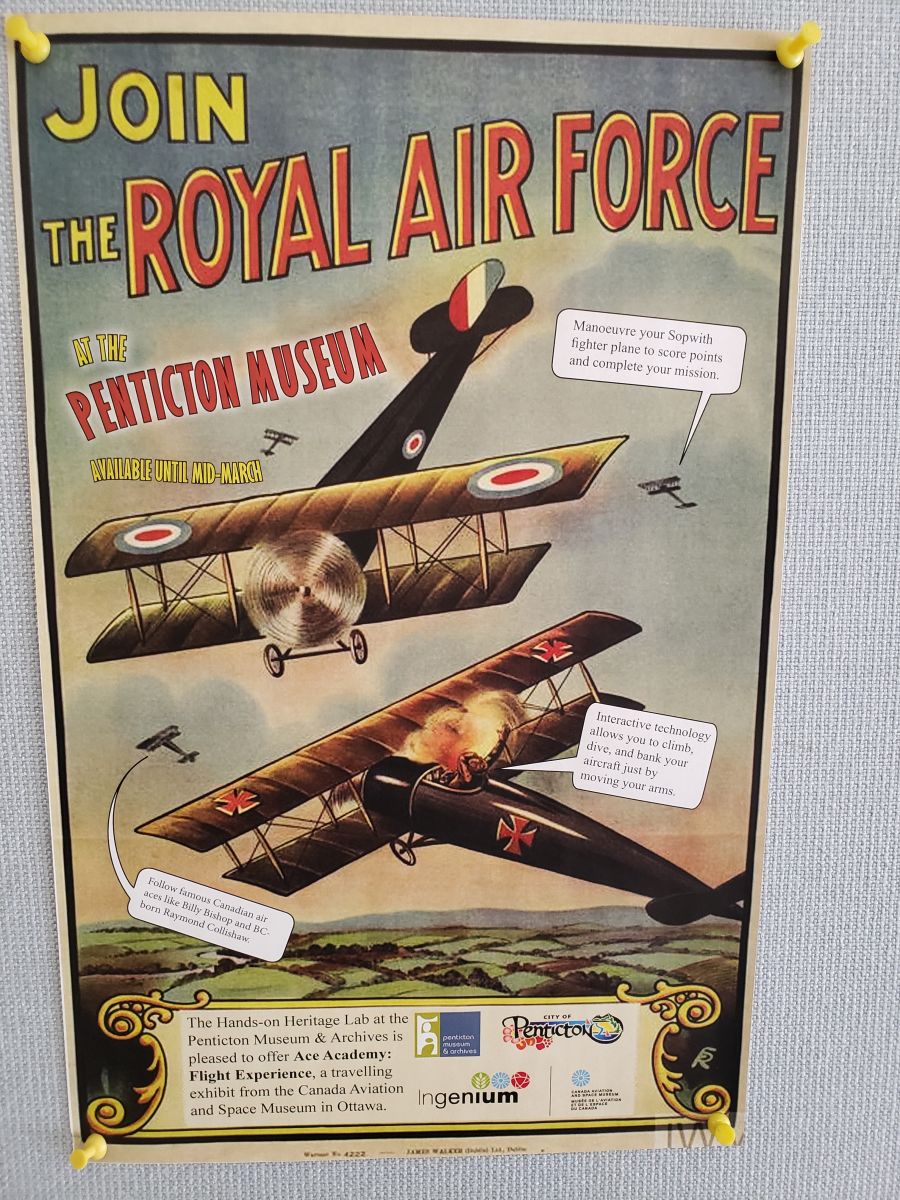 Another interactive display available to patrons is Wind Tunnels and Airfoil.

“What this does is use a segment of a wing from a model aircraft. It’s a proper wing with proper airfoil shape. We built a wind tunnel which includes a motor and fan,” offered Oomen. “When you turn the fan on, the wind blows through, it acts on the wing, and you get lift just like you would in a real aircraft.

“This compliments the Ace Academy. It shows you how aircraft fly, whether it’s a jumbo jet or a small biplane. The principle is the same.” 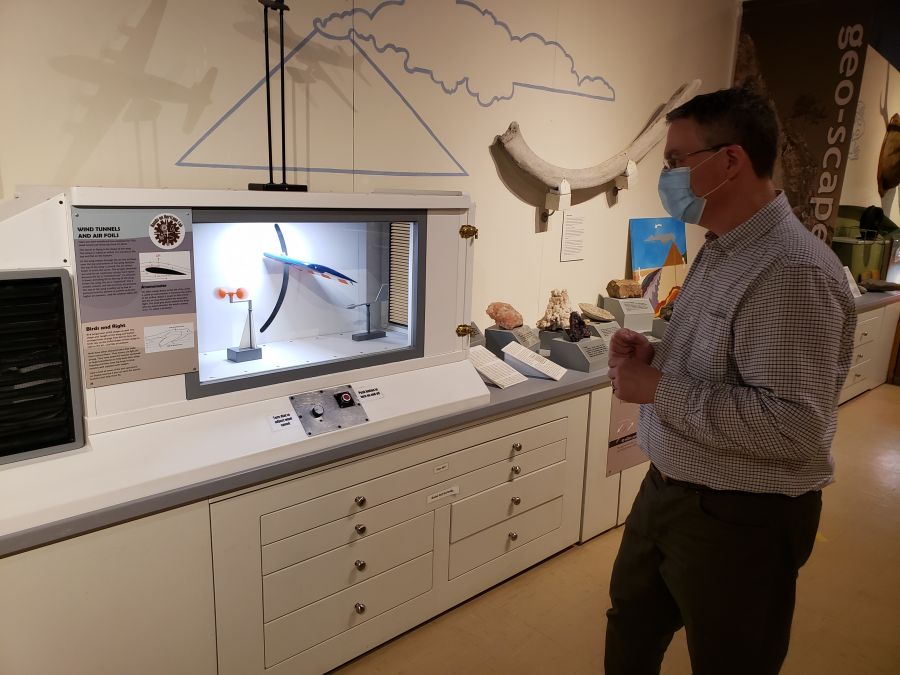 Oomen then walked over to what he referred to as the augmented reality sand box.

Yes, it was time to play in the sand! 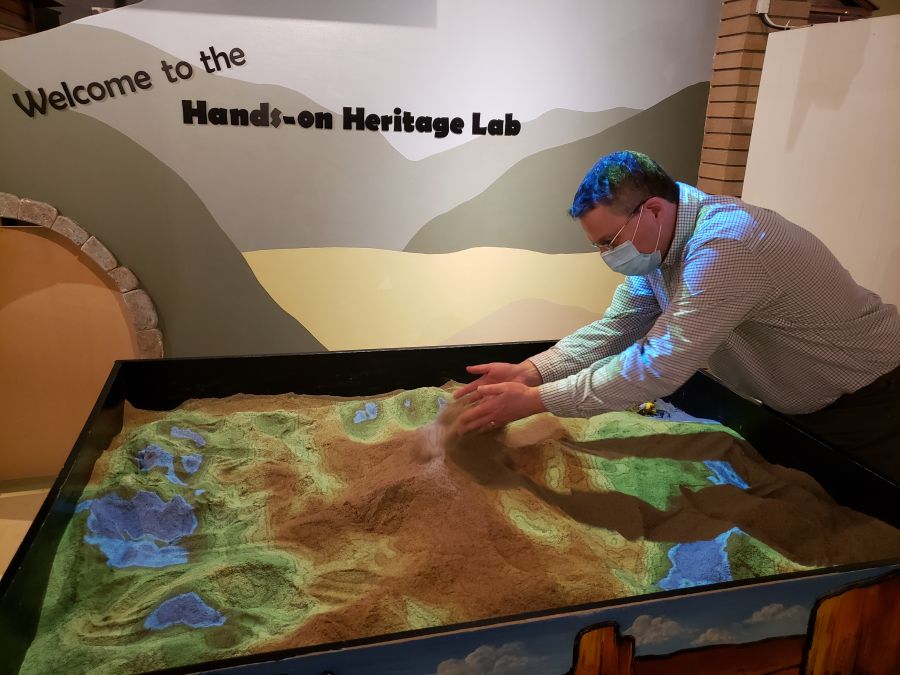 Next up, the wave pendulum, which shows certain physical properties.

“In a visual sense, you can understand how motion moves in and out, and how things go out of sync, then go back into sync,” said Oopmen. “You see the patterns. Eventually, you’ll see the original pattern re-assert itself. 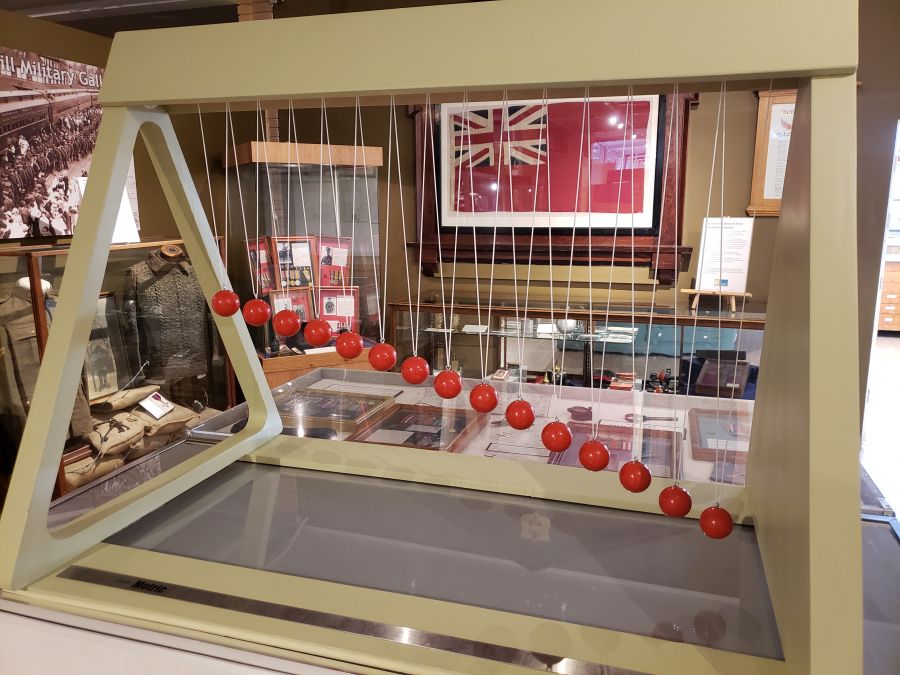 The Hands-on-Heritage lab at the Penticton Museum has been part of the regular exhibits for nearly five years.

“The Hands-on-Heritage Lab has been really successful in attracting parents and kids,” said Oomen. “We’ve noticed an increase in attendance. We just see people coming here with their kids, sometimes repeat visits, just to explore everything we have here. For us, as museum workers, it provides a venue where we can continually upgrade.

“We’re always on the lookout for new interactive displays. It keeps us fresh.”

The Penticton Museum is open Tuesday to Saturday from 10 am to 4:30 pm.

Admission is by donation.