They knew it would be a special night when at 4 pm, an hour before the event was scheduled to start, the place was already packing up. 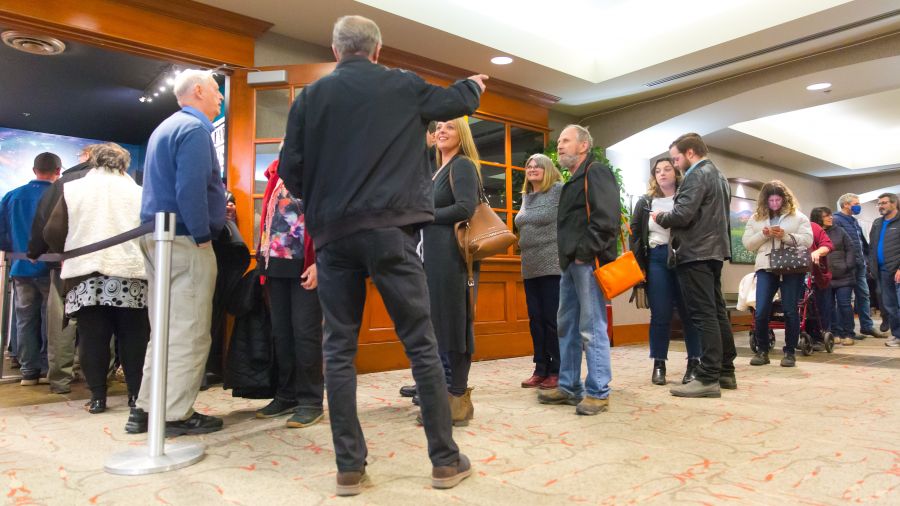 By the 5 pm official kick-off, the lineup was scores deep. By the 7 pm official finish, there were still enough people waiting in the hallway that they opted to keep it going a half hour longer.

And when it was all over, the Ukraine "Freedom on Fire" fundraiser, held in support of Ukrainian relief efforts Friday evening at Penticton's Barking Parrot Bar, was nothing short of an astounding success. 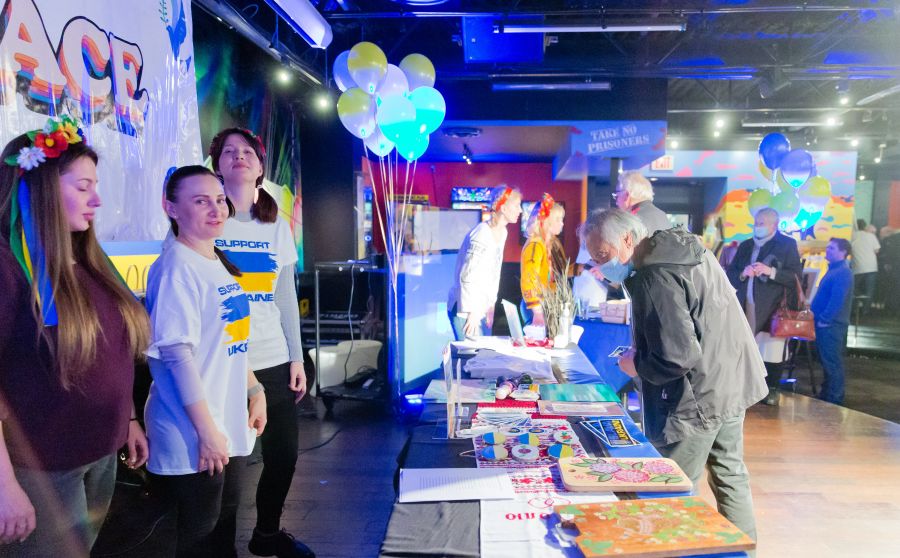 Folks chowed down on a seemingly never-ending supply of sausages and perogies from the outdoor kitchen. They sang the Ukrainian national anthem. They checked out an open coffin featuring an admittedly not very lifelike effigy of Russian president Vladimir Putin, and then watched a Putin sports jersey burn to ashes.

And they donated. And donated some more. In the end, Freedom on Fire raised a whopping $26,110.

Not bad at all for an event that was announced only a few days earlier after the Lakeside Resorts' David Prystay, who's now the venue's 'policy advisor' after decades at the helm, formed the concept. 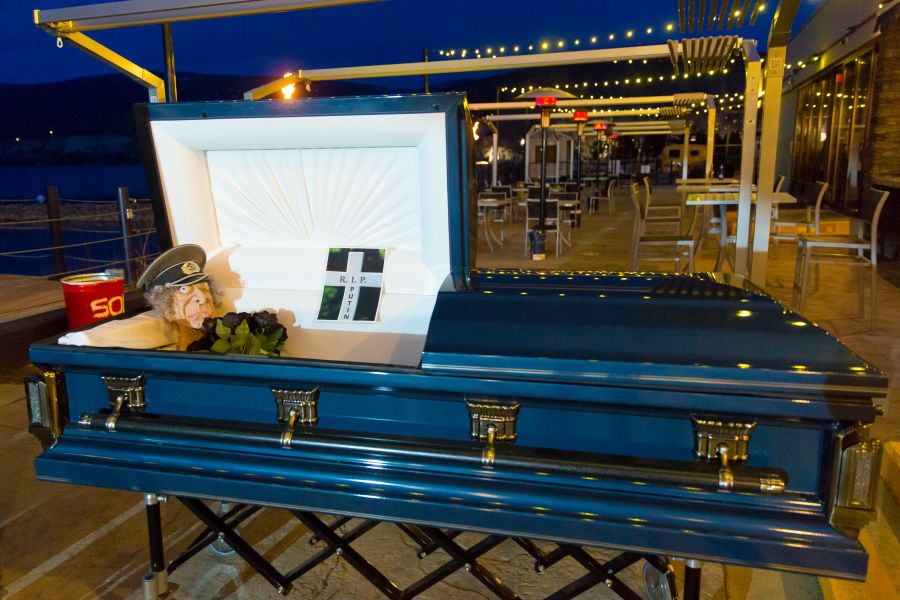 "I came up with the idea about two weeks ago, two weeks into the invasion of Ukraine," said Prystay when PentictonNow cornered him Friday night. "Because I'm of Ukraine heritage as is my wife and Svitlana (Shkyn), our sales manager. She just got back from Ukraine three weeks ago.

"So I said. 'You know what, let's do a fundraiser.' The original plan was the coffin, with Putin in the coffin, and we were going to do the burning of the ice hockey jersey.''

But that's when sales manager Shkyn stepped up to fully flesh it out. 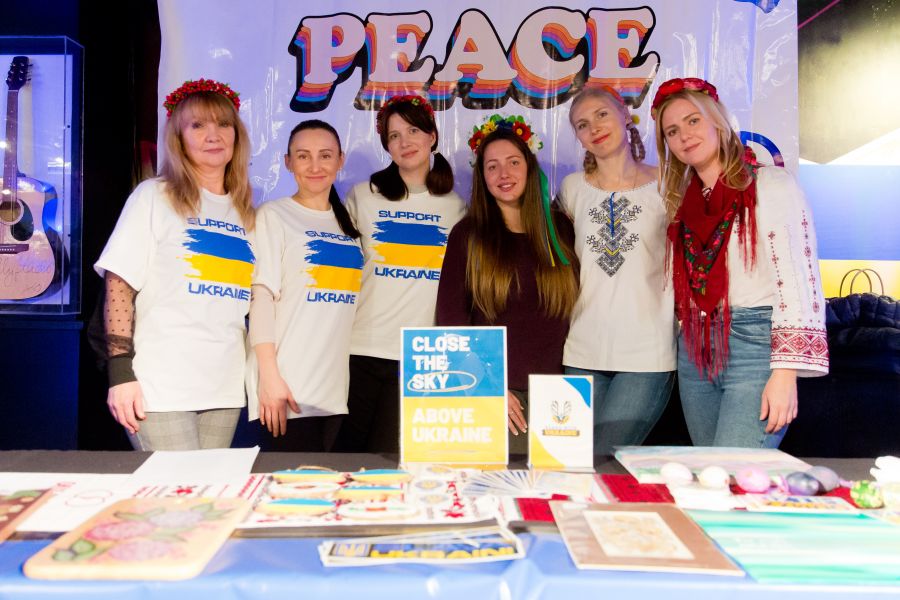 "The team at the Lakeside put everything together," said the native of Chernihiv, Ukraine, who moved to Canada just seven years ago, "and we organized with our association, the Ukrainian Canadian Volunteers Association, to put together a table of arts and crafts, ribbons and t-shirts.

"The resort usually offers burgers Fridays, so we decided to change it to a Ukranian dinner through donation only."

"We have volunteers in Ukraine directly in the hotspots, the cities where the biggest trouble is now," she added, "Many people have no food, they have no meals for the kids. 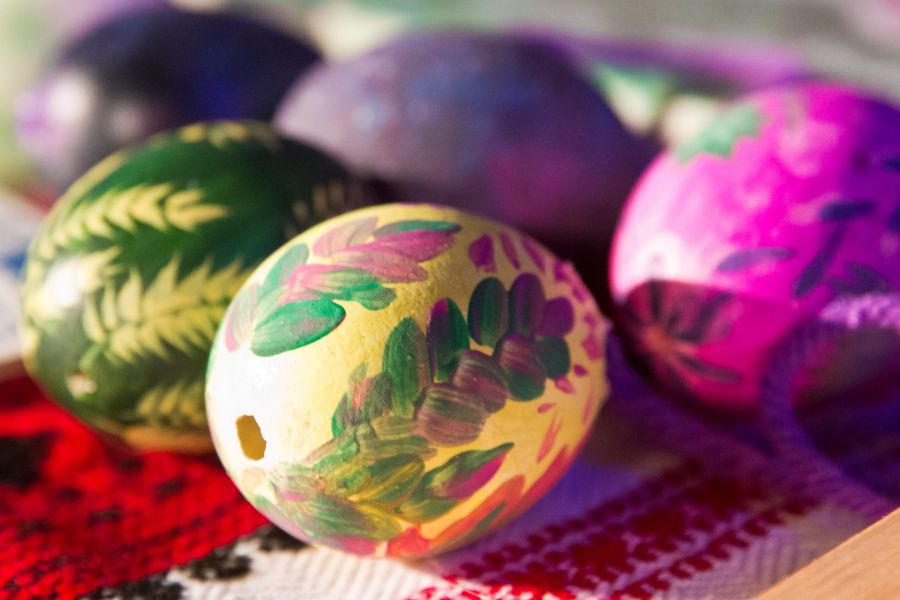 "My teacher from school is volunteering, making meals in the bomb shelters and then delivering to other bomb shelters where people are scared to go outside because there's bombing and shelling everywhere."

In the midst of the huge crowd Friday was Penticton's Vlada Chorna, who moved to Canada from Ukraine a decade ago but travels back frequently to visit family. 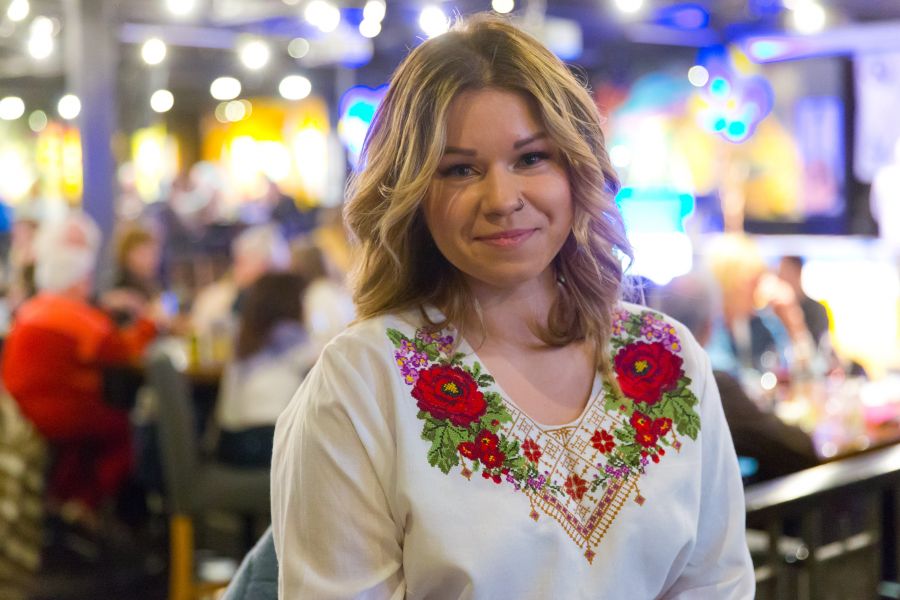 "It’s hard being all the way here. I just feel helpless."

According to Chorna, there's satisfaction that Russian forces didn’t take the country in a matter of days, but concern and fear that those forces are now swelling for a more concerted effort in the very near future.

"It all goes back to 2014 when Crimea was taken away from Ukraine," she noted. "And no one really tried to defend it. But I feel like people have started to stand up more since then to try to save their democracy and freedom." 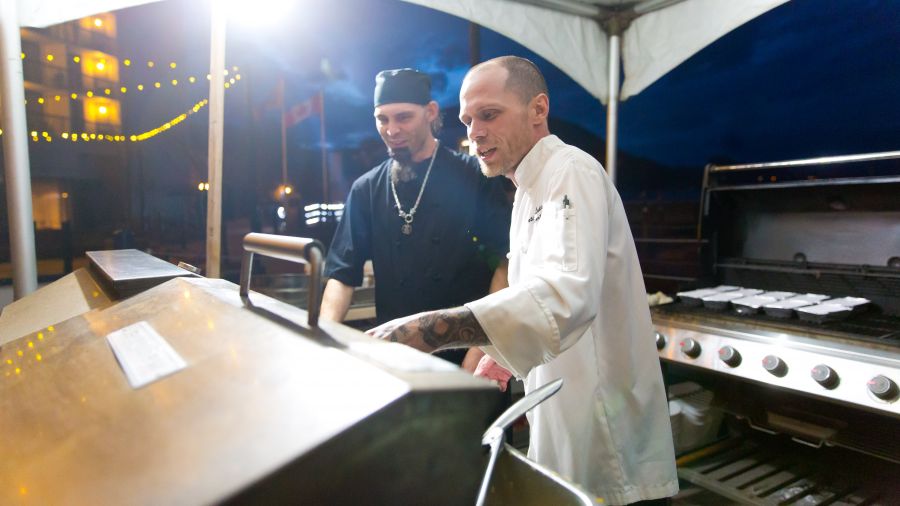 In line and waiting for the chance to make another donation beyond the money they’ve already sent to the Red Cross and United Nations were Lynn and John Greene of Penticton. Neither are of Ukraine heritage, but that seemed to be indicative of much of Friday's crowd.

"We're supporting Ukraine," said John. "They're in serious trouble and they're defending us as well as themselves."

"This whole thing really bothers us," said Lynn, "because we shouldn't have democratic countries being pulverized by Putin. They knew for a long time that this was coming, and I'm upset they didn't do more to defend Ukraine."

Later, Yulia Prunenko of Kelowna, also a member of the Ukrainian Canadian Volunteers Association and also a Kyiv native, showed us some of the artwork she'd created and brought for auction. And she freely admitted that yes, she is scared. 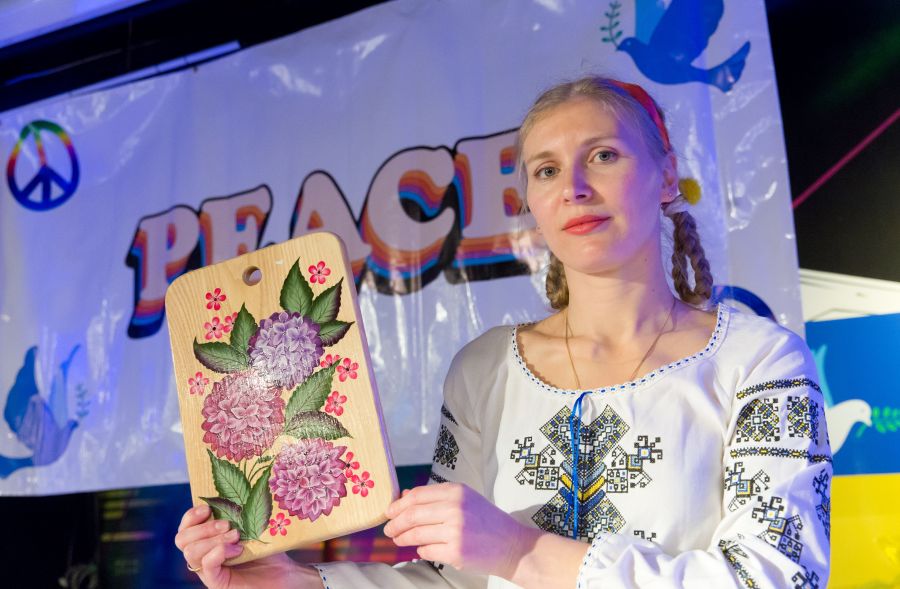 "I'm scared for my parents and my relatives," she said. "I have a very wide family and a lot of cousins and my parents and friends. My husband and my daughter and me, we're here by ourselves. All the rest are in Ukraine.

For more information on the Ukrainian Canadian Volunteers Association and to find out how to donate, head to their Facebook page here or email them at ucva.ua@gmail.com.