Maple syrup. It's distinctly Canadian, it's totally yummy, and it's a comparatively healthy sweetening option versus sugar. What's not to like?

In the South Okanagan, there's a place that treats maple syrup with the respect it deserves. It's in uptown Summerland, and it's called Maple Roch. 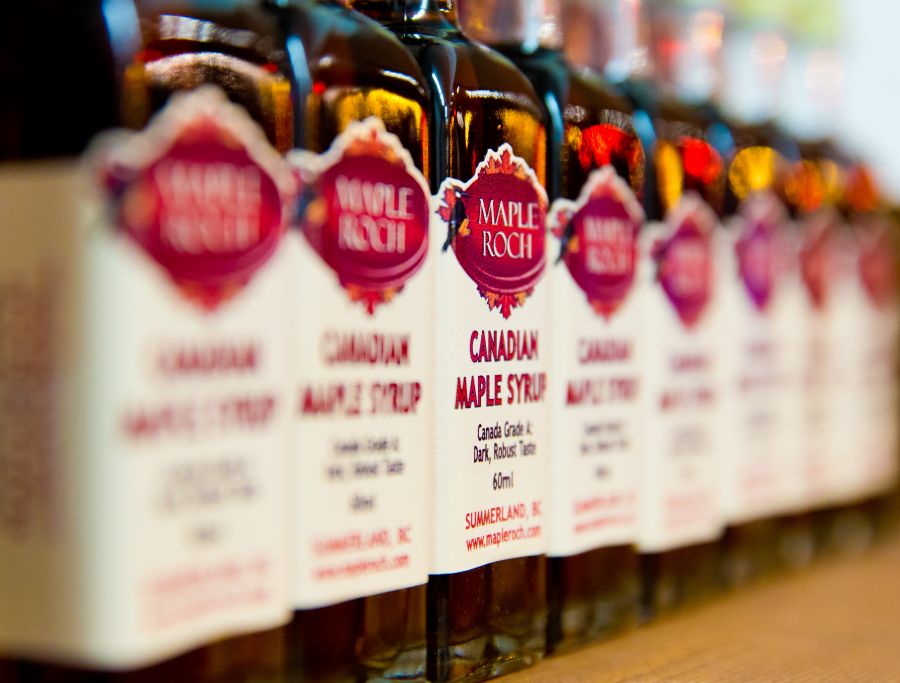 To the left, wall units filled with high-grade syrup - harvested ethically and imported from prime growing regions in Eastern Canada, where owner Fortin spent many of his RCMP years.

"When I retired," he says, "I was a District Officer in the northern part of New Brunswick. During that time, I met some incredible people who work really hard. They're very limited as to where they can sell their maple syrup. So when I retired, I wanted to do as much as I could to help the local farmers, because when I tasted their maple syrup, it was just incredible."

Fortin's right. It's rich and flavorful and, yes, incredible.

"What you get here is strictly one family making their own syrup. Each region is different, just like wine. The soil composition, the type of maple tree, how you boil it, temperature. The person making the syrup is like a winemaker."

"And we don't put any kind of agent or chemical or colouring in the syrup. In the Okanagan Valley, people are really looking at what quality of food they're using." 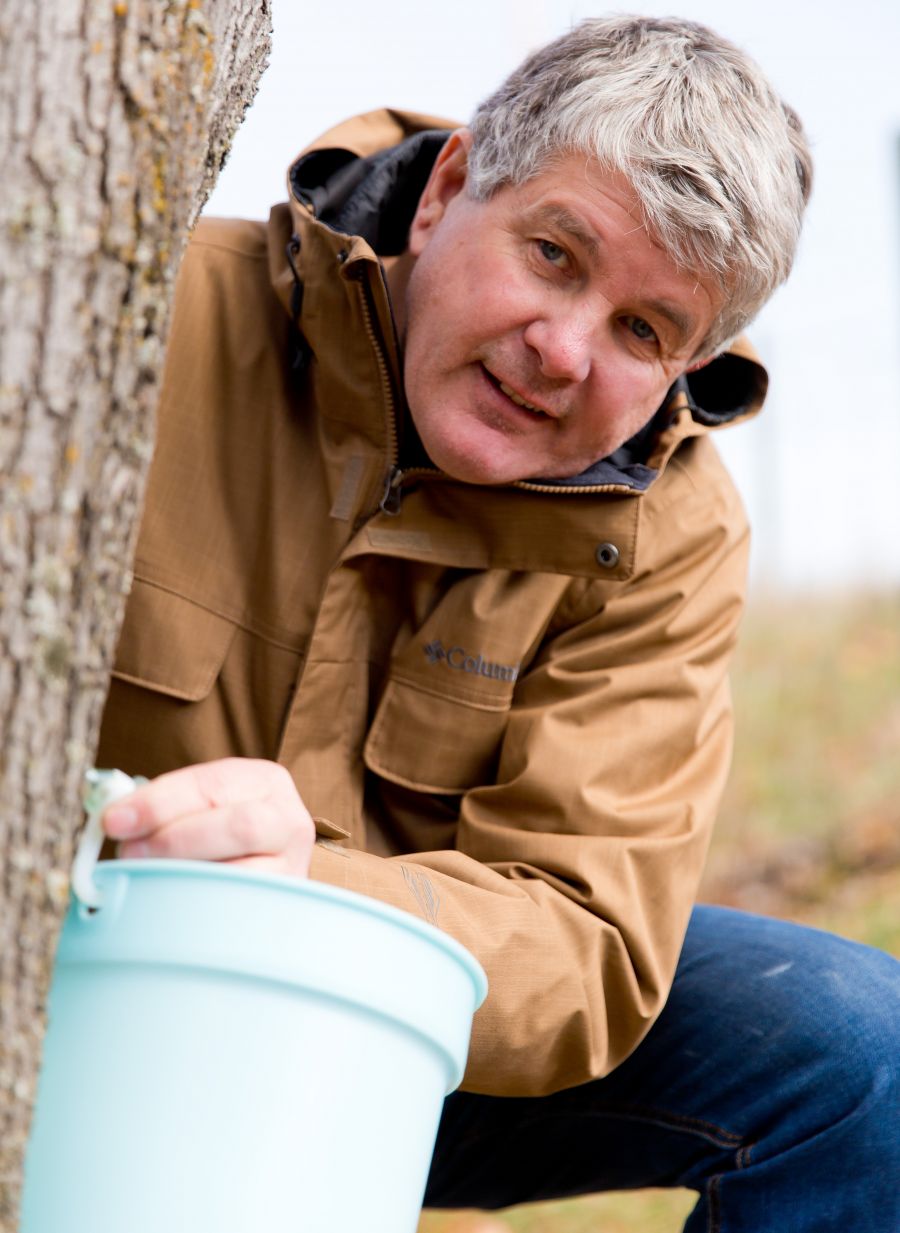 So are a number of local chefs. Fortin says Maple Roch syrup is used regularly at swanky spots such as Predator Ridge and the Penticton Lakeside Resort. And wineries such as Lang Vineyards use it in their maple wine.

But syrup is just the start. All over the shop are boutique syrup-infused products, many created by local artisans. Enticing stuff like maple caramel, maple walnuts, maple granola, maple cotton candy, and maple mustard.

But wouldn't it be nice if you could sample some of the lineups before you buy? Maple mustard, for instance. How on earth would that taste? 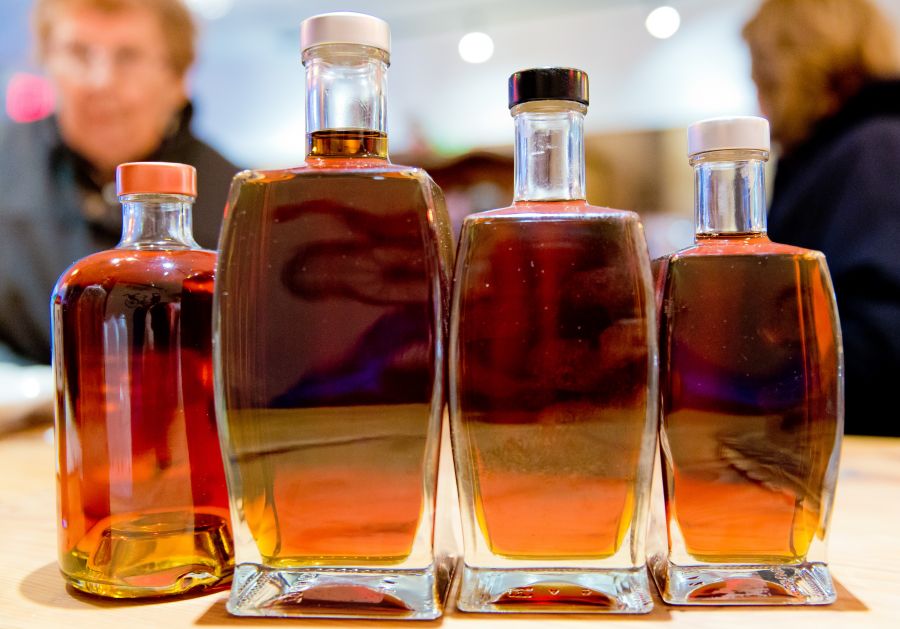 Fortunately, Maple Roch's got you covered. Almost the entire north wall of the shop is one big tasting bar.

Indeed, the staff prefers that customers do the tasting bar routine first, so they can tell them a bit about their products. How they came about, what goes into them, and how many of them are made locally and/or exclusively. FYI, that maple mustard is spicy, hearty, and to die for.

If you're lucky, you might be served by Roch Maple Executive Manager Mirjana Komljenovic. 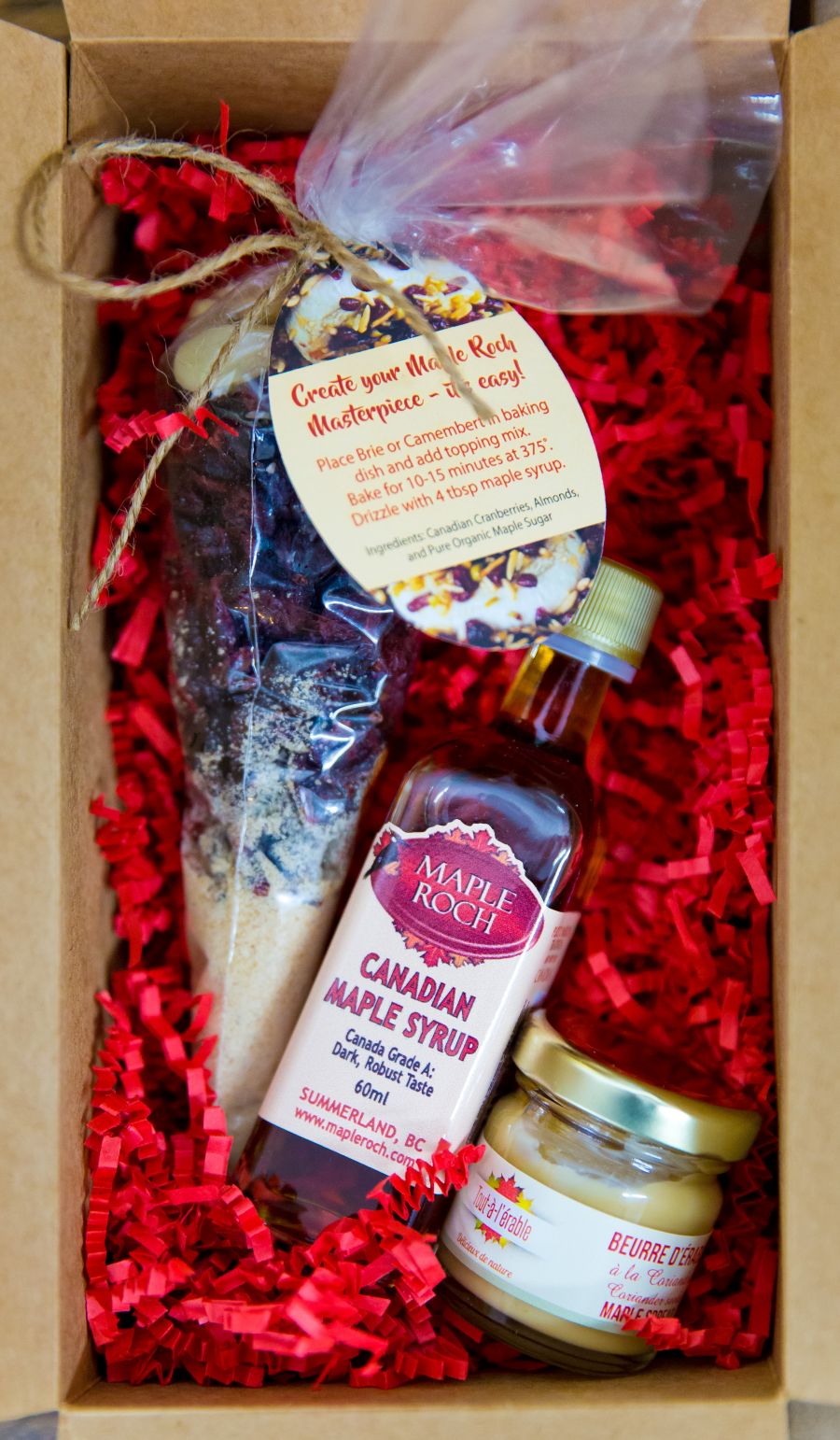 You needn't talk very long with Koljenovic to see she's the driving force behind the shop's day to day operations. But she's also a prime example of what takes Roch Maple beyond a pretty storefront with appealing products and makes it a beacon for social responsibility.

Komljenovic was born with a condition called Oculocutaneous Albinism. She says she was essentially blind at birth, and even today she suffers from rather serious visual impairments.

In Roch Fortin, she found the right boss. The guy is a strong believer in equal opportunities. Among other notable achievements, he helped pioneer the employment program with the Summerland Food Bank and Resource Centre, where he's also the director. 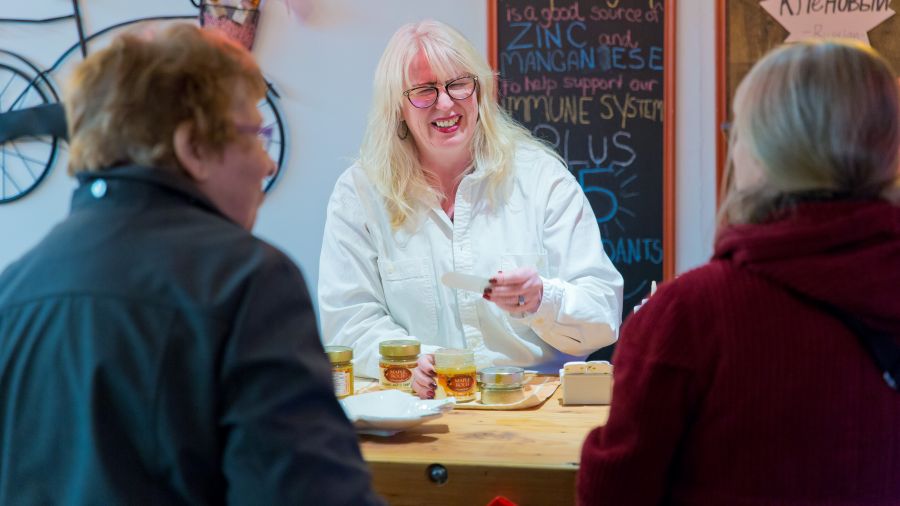 "I'm the community coordinator for a non-profit agency in our community called NeighbourLink," says Komljenovic. "So I understand barriers and know how to eliminate them. And Roch is big into the social justice thing."

"So Roch really wanted to expand his business while creating community impact, so he asked me to join his team. And as soon as we started working together, we realized we had something really special. We decided we were going to make as much community impact as possible and still make a profit."

Fortin, she says, is the idea guy, and she makes his visions happen. Helping her on her way, the company invested in adaptive technology for her computer, so she can "work without any barriers." 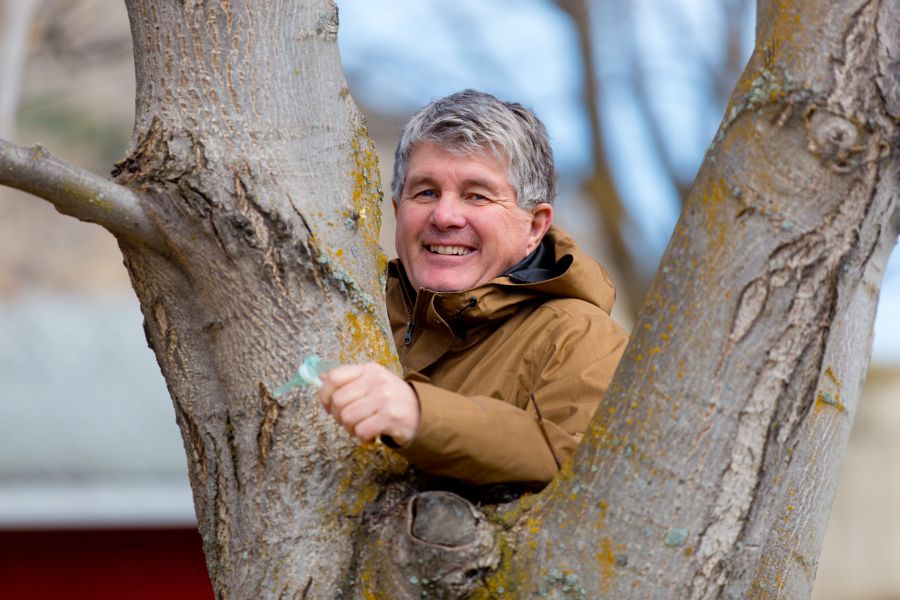 "Because of my work and experience with disabilities, we were connected with the Neil Squire Society in Penticton. They have a great employment program, where they sponsor students who are returning back to school for the summer. So when we hired someone with more than moderate autism, we were able, with modifications to the workplace, to give them confidence and experience."

"And with both our influences in the community, we've been able to achieve a lot. Since we opened up the storefront, we've won Summerland Business of the Year and were voted top ten in the province for business with community impact." 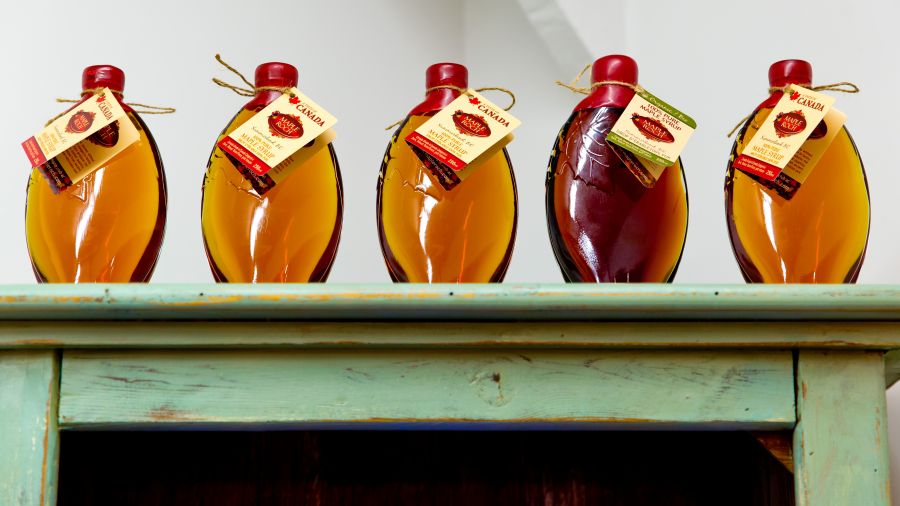 "And I myself have won the Employment of the Year award through the Disability Alliance of BC." That's just one of numerous awards and distinctions Komljenovic has received throughout the years.

And then there's Jo-Anne Sexton. Sexton's a senior with arthritis and some hearing impairment. But with her work ethic and some minor workplace alterations, she's become one of Maple Roch's most valuable performers.

"I put my name down at the Food Bank in the Resource Section for any work. At that time, Roch was working out of the basement of the Food Bank, and we were just filling bottles, putting sealer on top. From there we moved across the street from here, and he's been expanding ever since."

These days, Sexton's role has also expanded to include "practically anything I can have a hand in." And she wouldn't have it any other way. "My husband just passed away five months ago," she says. "So it helps a lot. It's a distraction, and any extra income is certainly welcome."

"And it's a great atmosphere. The people here are very nice, and anytime it gets busy, I get to chat with the customers." 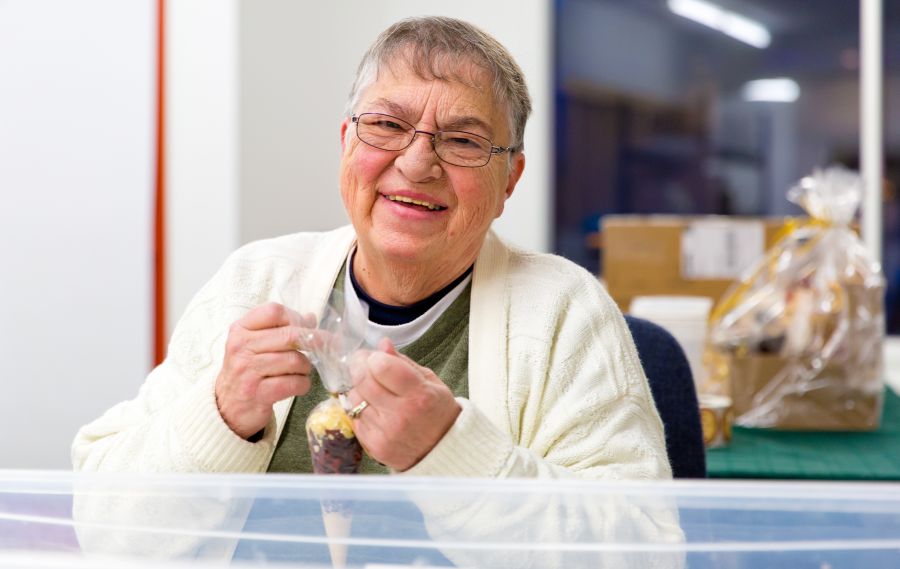 She also has some advice for other employers. "I wish there was more work for seniors. They can contribute just as well as anyone else. And it's nice for us - you're serving a purpose, and you're needed."

Fortin is a big Sexton fan, and humbly stands beside his shop's compassionate policies. "Everybody who works here is either on long-term disability or physical disability, and we have become a family." 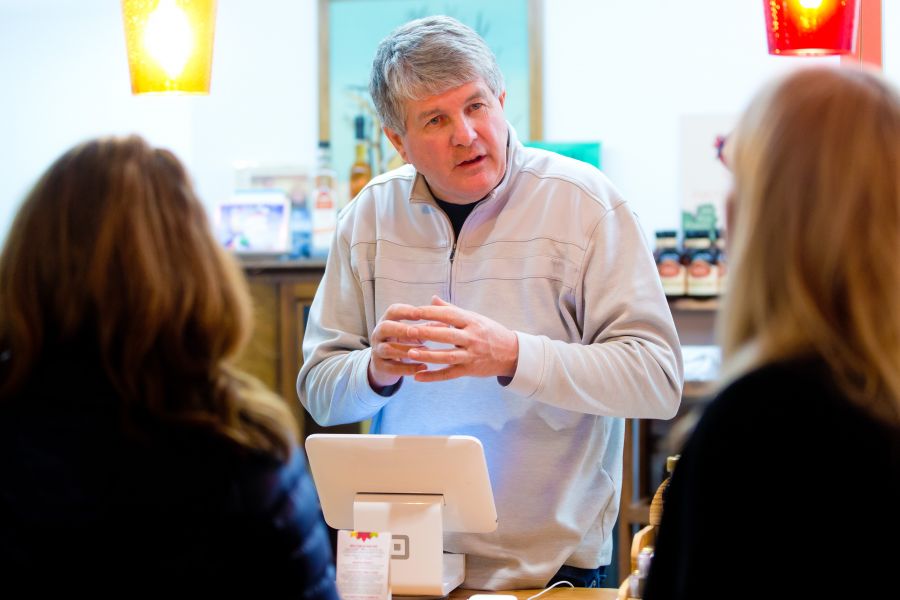 "We also try to encourage young entrepreneurs and women entrepreneurs. We have five individuals we're working with right now to create products, create ideas, and not to repeat the same mistakes I've made, but just to make sure they grow and become successful. It makes you feel good at the end of the day to know we're accomplishing this." 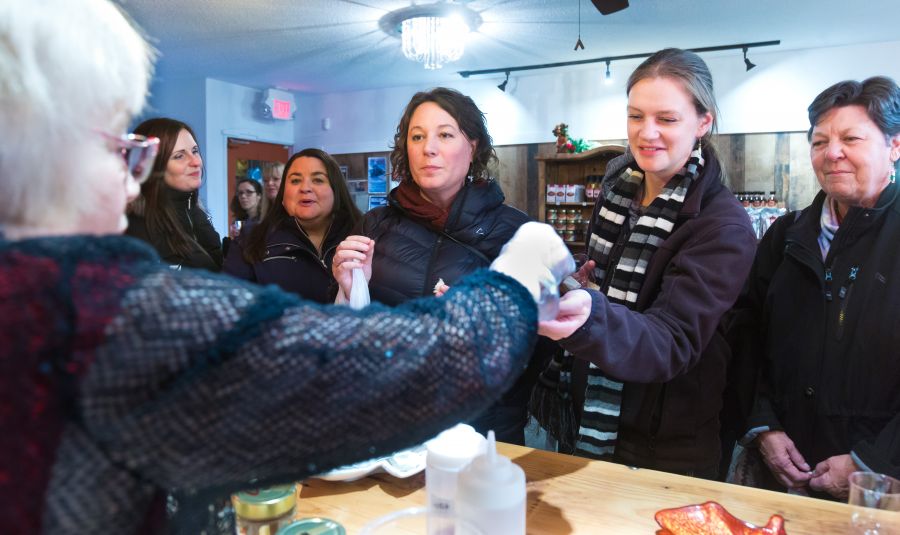 And that's not all Fortin's feeling good about. If everything goes according to plan, Maple Roch will soon be harvesting - and selling - maple syrup collected from maple trees located right in Summerland. He strongly believes it would be a first for the region.
Fortin explains. "There are different kinds of maple trees. What you have naturally up here in this region is a lot of Norway maples, which have very low quantity of sugar, which means you have to boil a lot of sap water before you get (an appreciable amount of good quality) syrup."

But, says Fortin, there are exceptions. There are a select few maples in and around Summerland that will likely produce the good stuff.

And he thinks he knows why. "When they built the Kettle Valley Railway, the Shaughnessys and the Van Hornes, the big cheeses of CP Rail, had huge estates here in Summerland. They built canneries for the fruit business for their steamships." 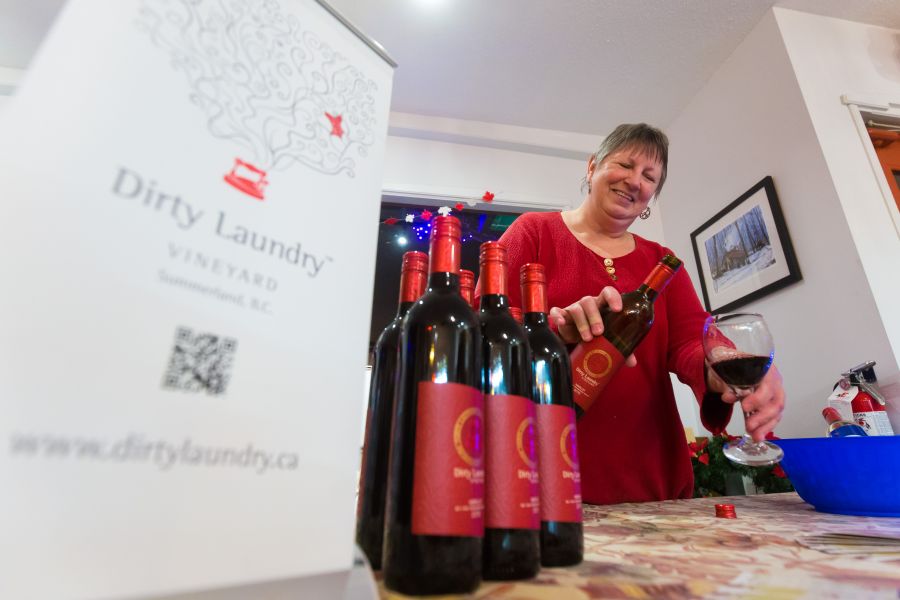 "And I suspect that some of the maple trees were brought here from back east. That's why we have them. We don't have a large quantity, but we have clumps of them."

Some of those clumps grow on the properties of local enterprises such as Peach Orchard Campground, Nomad Cider, and Apple Barn, and Fortin hopes to explore all of them. He's especially excited about the latter, as it was Apple Barn's Billy Boerboom who first alerted him that such trees might exist within Summerland.

In April of 2018, Fortin conducted a "test run," tapping several trees in the picnic grounds of Nomad Cider. "From 15 trees we got 600 litres of sap water. The taste was totally different. It's all gone now, and people seemed quite impressed with it."

And In February of 2019, respected Saint-Philemon, Quebec maple syrup producer Denis Fontaine will journey to Summerland to offer Fortin and crew expert instruction on syrup harvesting. 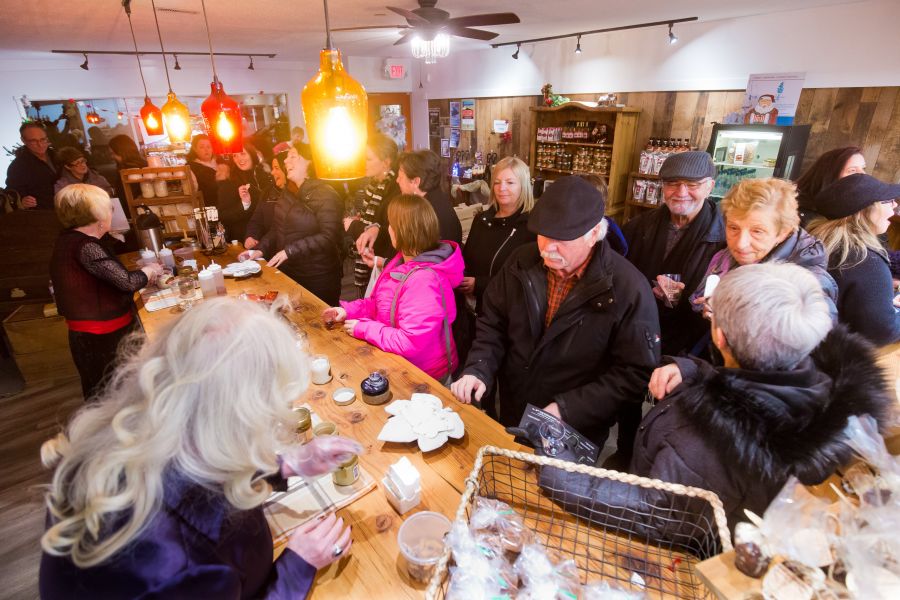 Fortin's clearly thrilled. "It will be a community event," he says. "A lot of people have asked us, 'I have a maple tree, can you come over?' So we're going to tap a bunch of maple trees from different properties across the community."

"My goal this year is to produce 100 litres of maple syrup - from Summerland."

You'll find Maple Roch at 13224 Victoria Road North in Summerland's uptown core. Stop by to sample and chat, or hit up the website in advance for product information and hours.