It was almost too improbable even for a TV script.

Matt Bevilacqua of Penticton, who says he's never run in earnest until January of this year, won the half marathon portion of the 2019 Peach City Half Marathon & 10K in almost ideal conditions earlier this morning. 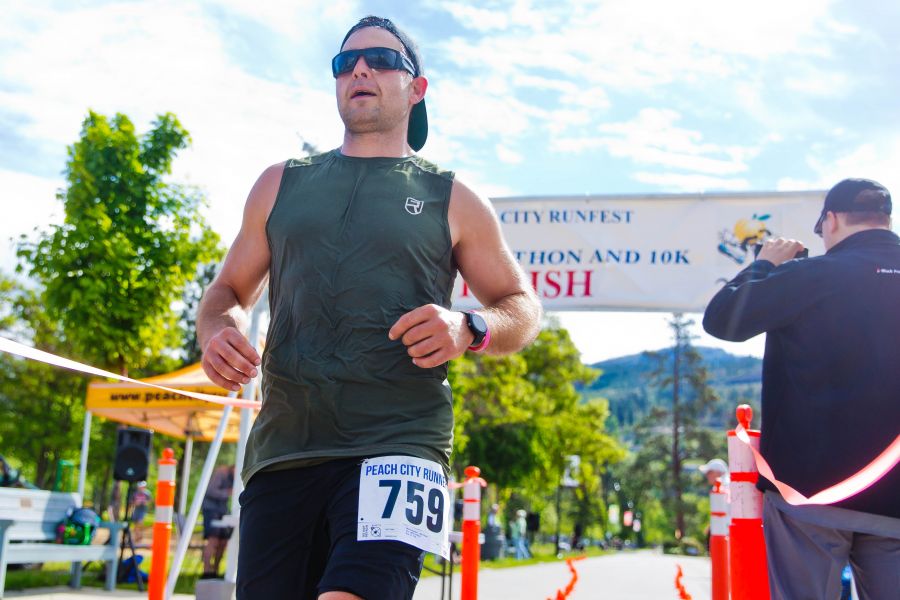 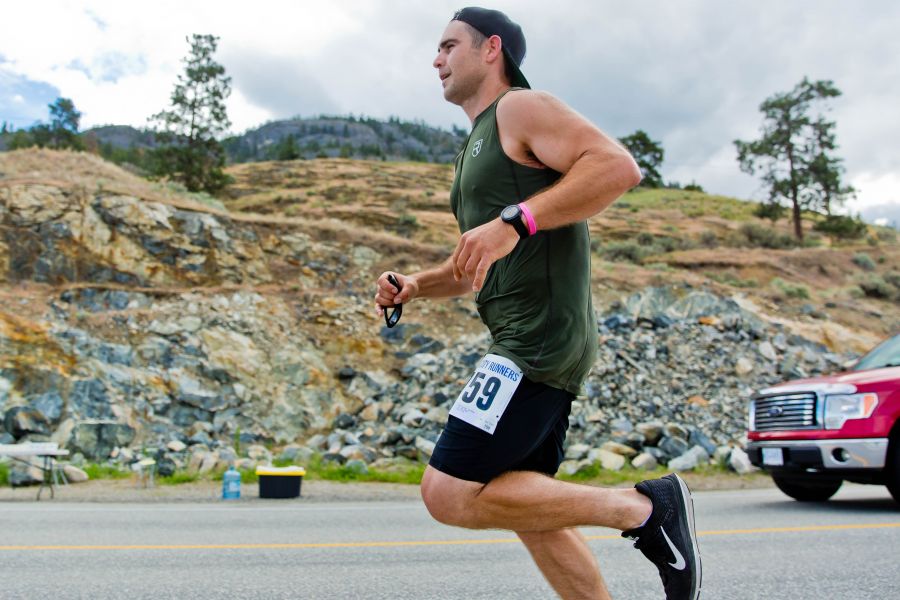 But that's not all. "He ran for me," said his mom Carol moments after Bevilacqua crossed the finish line at Skaha Lake. "I've been battling breast cancer for two years. He said he would do this for me, and he did. And he won."

"I'm overwhelmed. I couldn't stop crying when I saw him running down the back part of the course. I'm so proud." The outcome was in doubt for much of the race as Bevilacqua battled up front with Surrey, BC's Norman Dodds. Indeed, Dodds led to the halfway mark, as the pair opened up a huge margin over the rest of the field.

But the second half of the race was all Bevilacqua. He finished in a time of 1:26:48, almost three full minutes ahead of Dodds, whose 1:29:38 put him first in his 40-44 age classification. 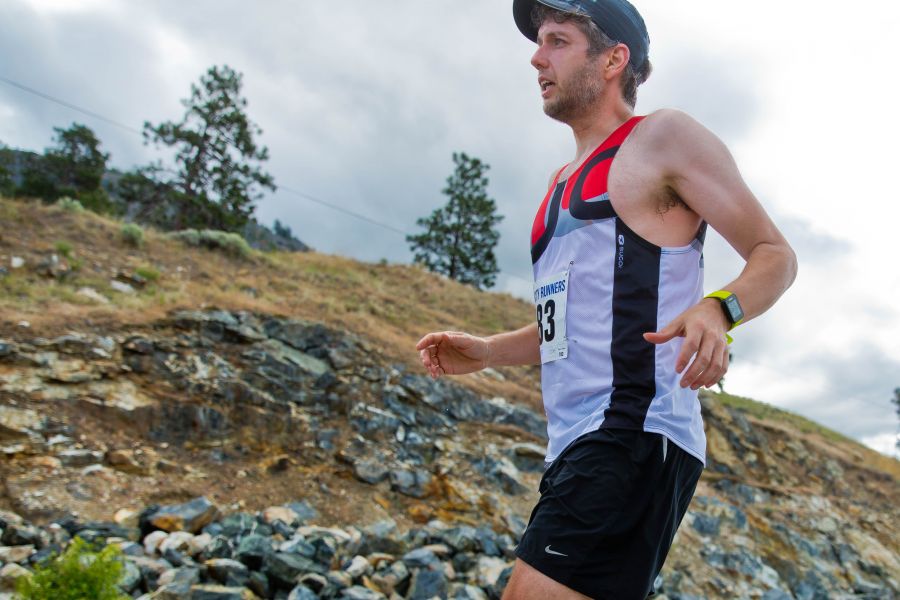 "Yeah, I was pretty tight with another runner, then I kinda broke away from him near the turnaround," said Bavilacqua, a landscaper, later. He credits a strict regimen of running "the channel since January" and his hockey-playing background for his strong finish. And of course, his mom.

Finishing first in the women's division was 45-year-old Penticton resident Amanda Kontkanen with a time of 1:38:40. Kontkanen's finish was strong enough to place her fifth overall. 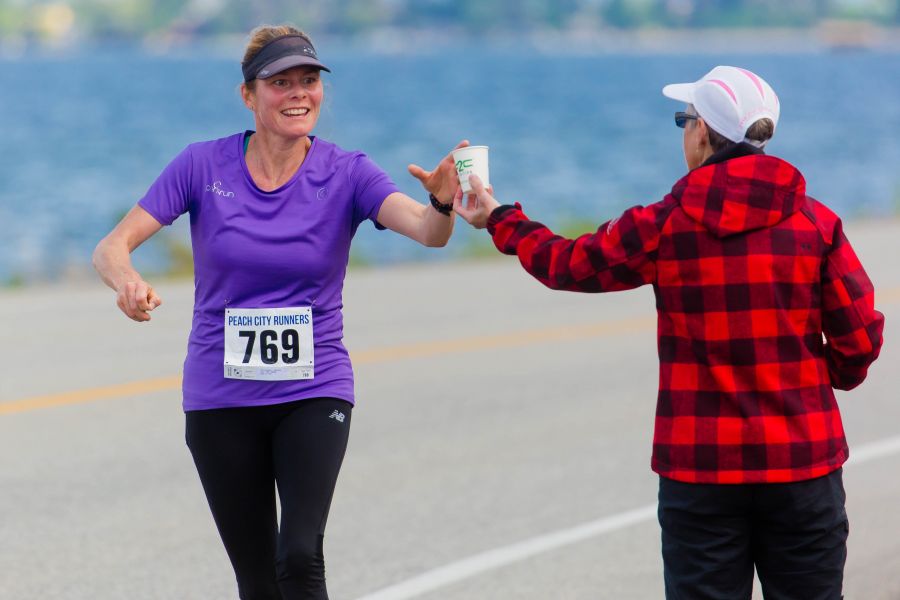 "When something like this happens, it's exciting. But I never go out with any expectations. I've done this one a few times, and won it one other year."

Kontkanen credits one of the front-running men for her winning effort today. "There was a fellow I was trying to keep up with the whole time, and that drove me. And the conditions were awesome. It wasn't too hot, and there was a bit of headwind on the way back." 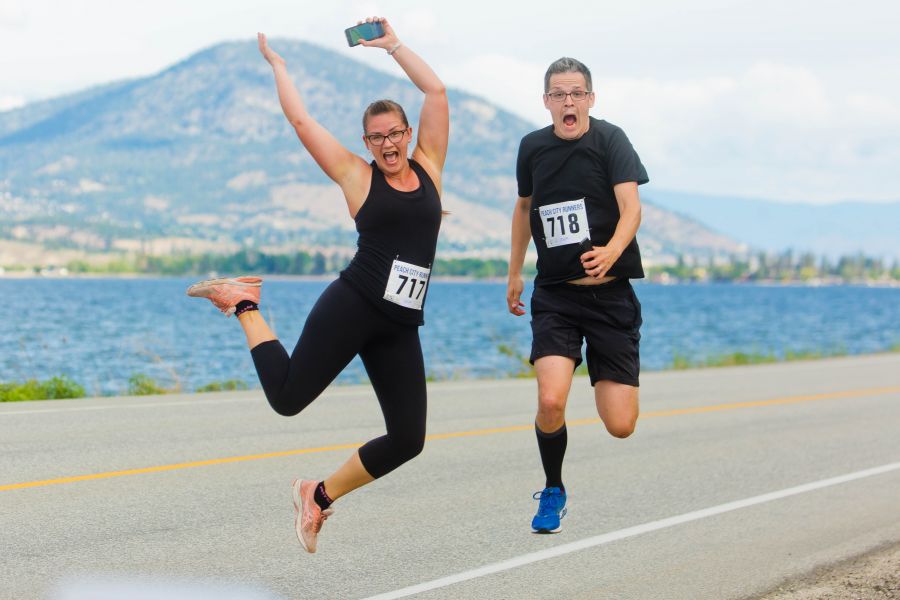 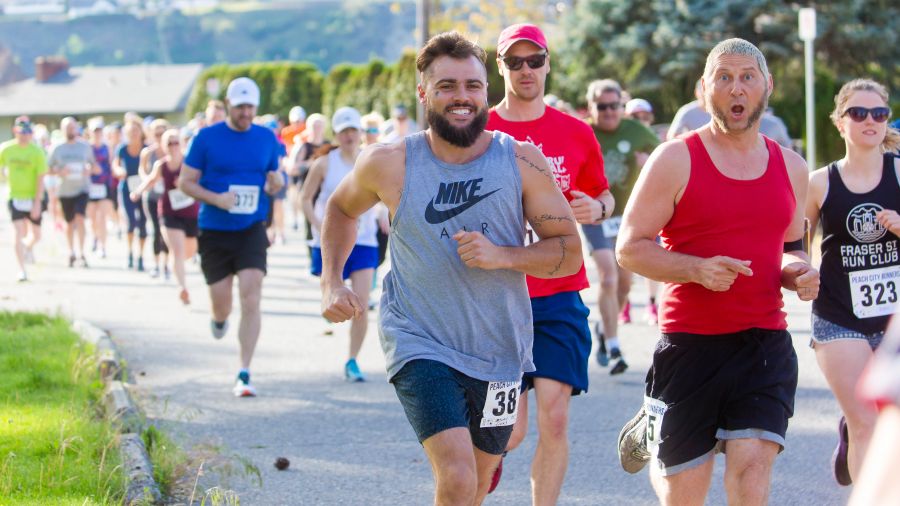 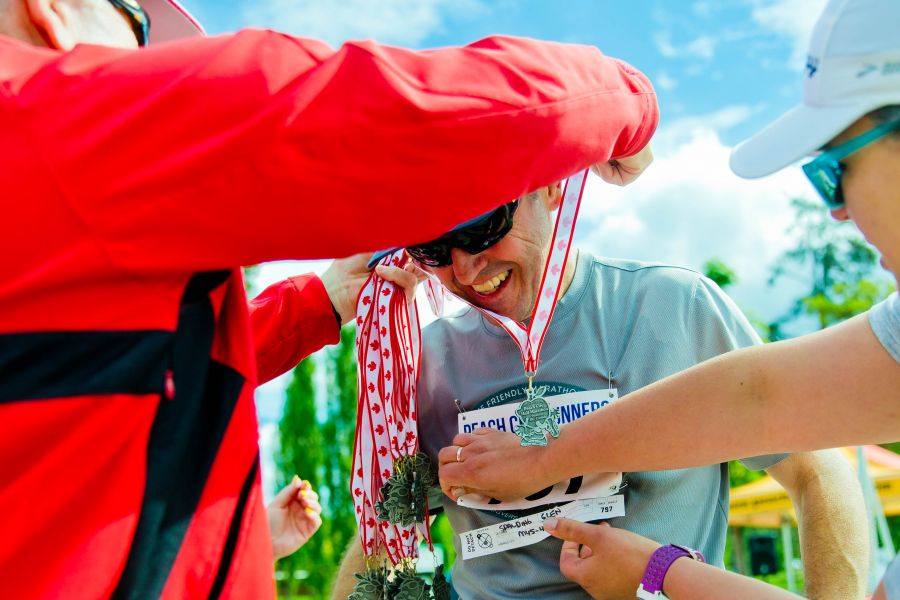 Kontkanen is part of the organizing crew for a weekly event called "Parkrun," a timed, no-charge 5K run that's held every Saturday morning along the Okanagan Lake shoreline in Penticton. For more information on that, hit up the Parkrun website.

Winning the 10K portion of the event was the appropriately named Chris Swift, a 31-year-old power engineer from Castlegar who came to Penticton specifically for the race. Swift's swift time of 40:19 was almost two minutes faster than that of Vancouver's Thomas Lane.

"I did this a couple years ago too and finished second," he said later. "I love the Okanagan." 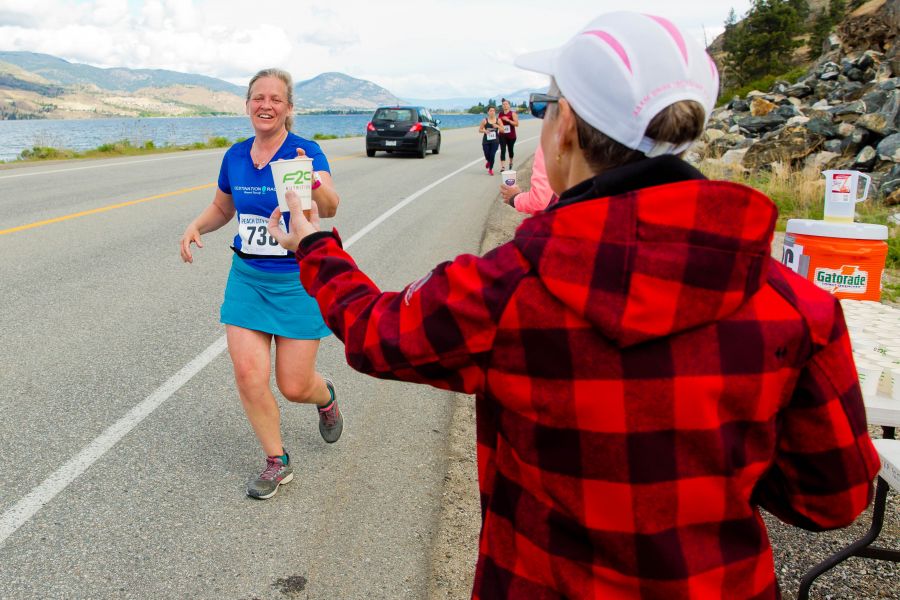 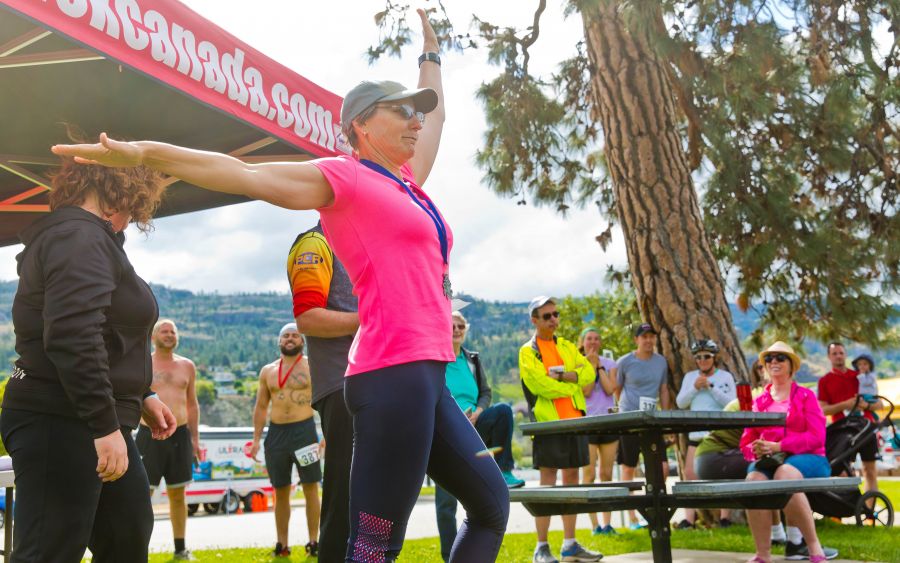 "I felt incredible today. The conditions were perfect for me. It's a good course. A good warm-up to start, then a nice uphill, and by then you're warmed up and in the groove."

Jody Evans of Oroville, Washington finished in a time of 45:37, good enough to win the 10K women's division by 31 seconds over Rock Creek's Theresa Bergendahl. 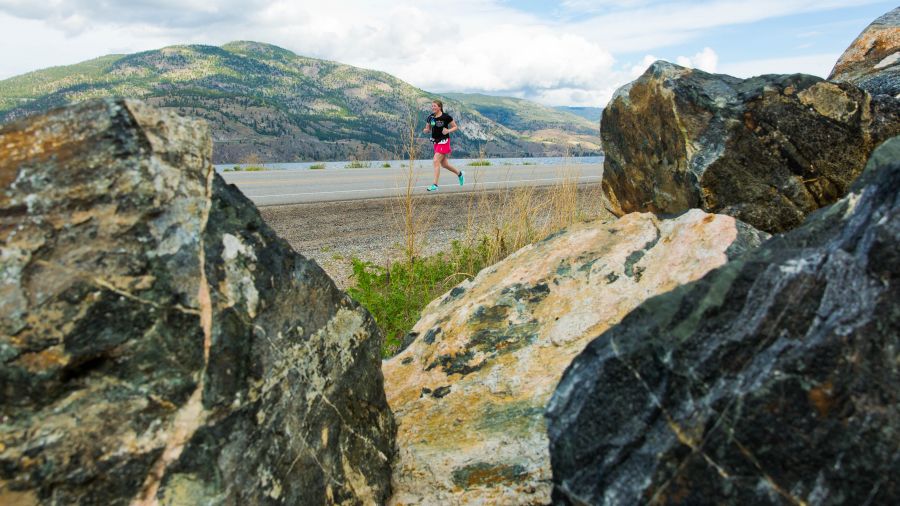 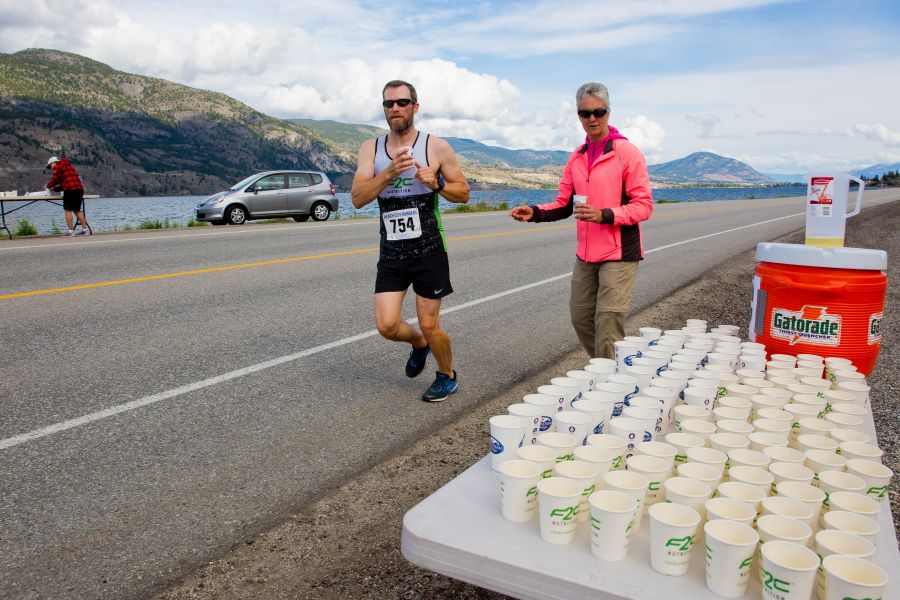 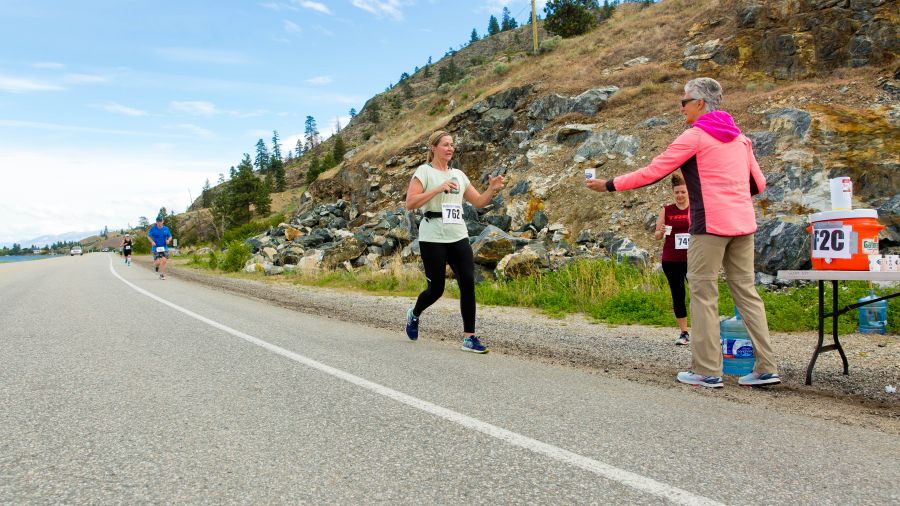 Race Director Neil MacDonald of Peach City Runners was pleased with the today's event, saying, "The weather was perfect. Everyone seemed to be having a great time. I have the same captains every year, so everything just falls into place."

For more information on the Peach City Half Marathon and 10K, including a complete list or results, which is now posted, go to the website. 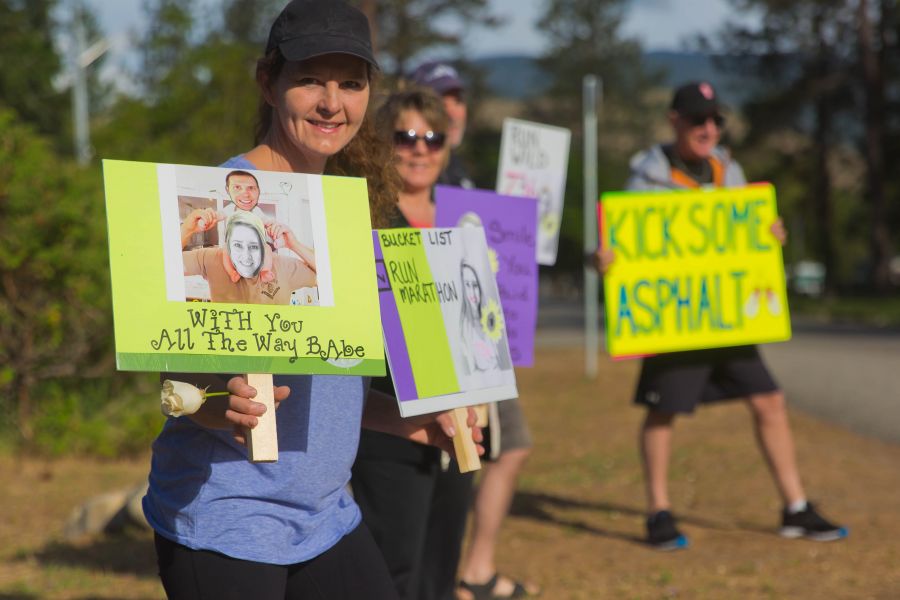 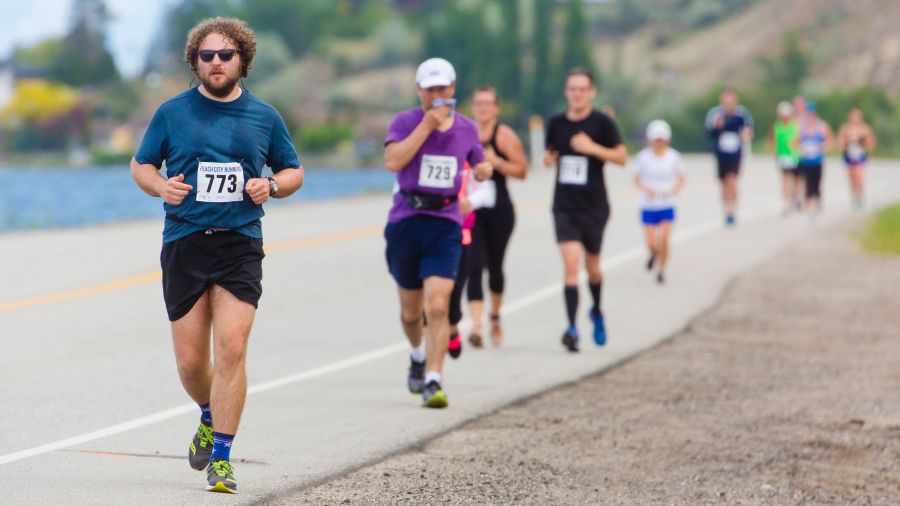 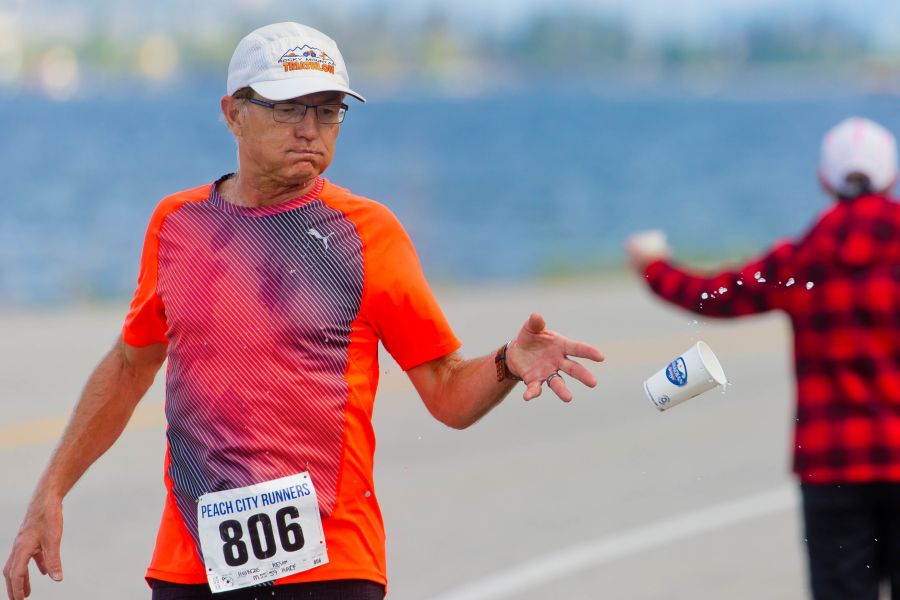