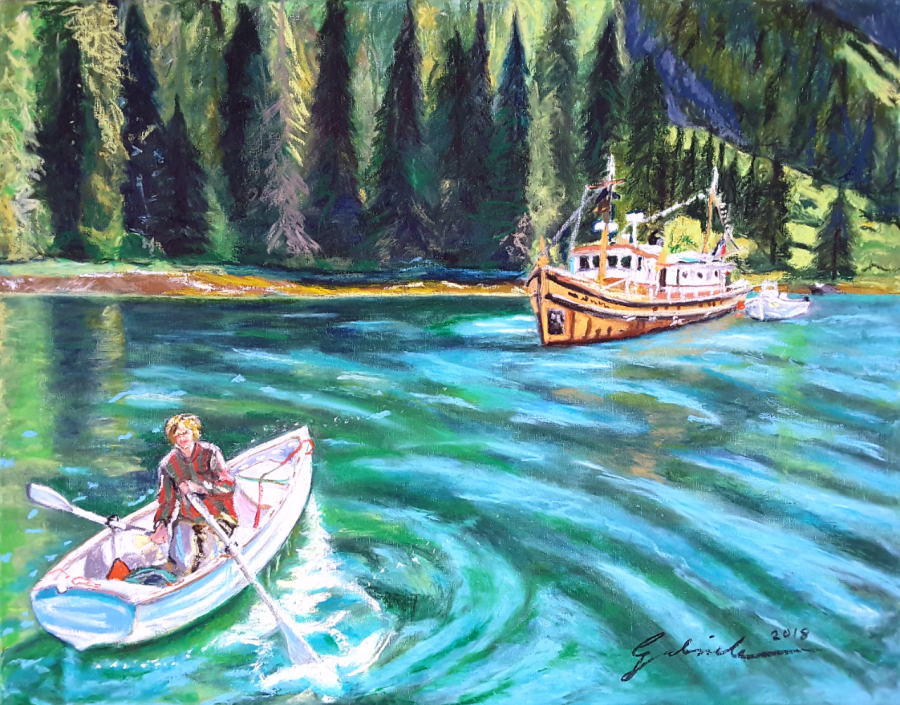 "You better sit down," cautioned her mom, knowing the impact her words would have.

"Someone broke into your place and stole all your paintings." 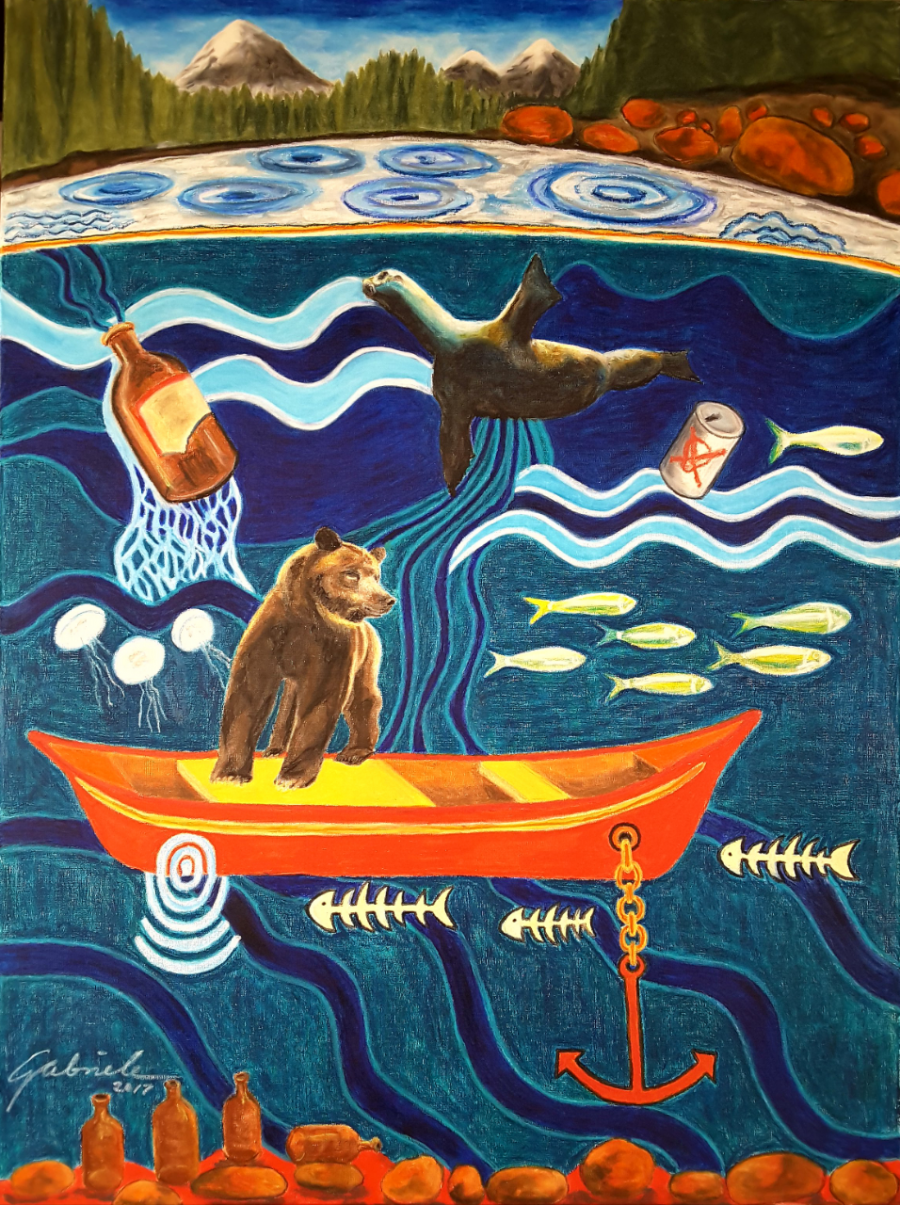 Gabriele Beyer recalls that initially, "I couldn't even speak."

Little wonder. Overnight, thieves had entered the artist's home in Osoyoos and somehow made off with 46 of Beyer's own paintings, one of her sculptures, and two of her framed photographs.

But that's not all. Not by a long shot. They also pilfered 1,000 of her meticulously hand-painted and processed neckties and bowties, each of which sell for a hundred bucks and up in the US market. Ultimately, the mystery crooks not only violated her home and belongings, they obliterated her memories and her source of revenue too.

"It's been so difficult emotionally," she says three weeks later, still with no idea as to the whereabouts of her stuff or the identity of the perpetrator(s). 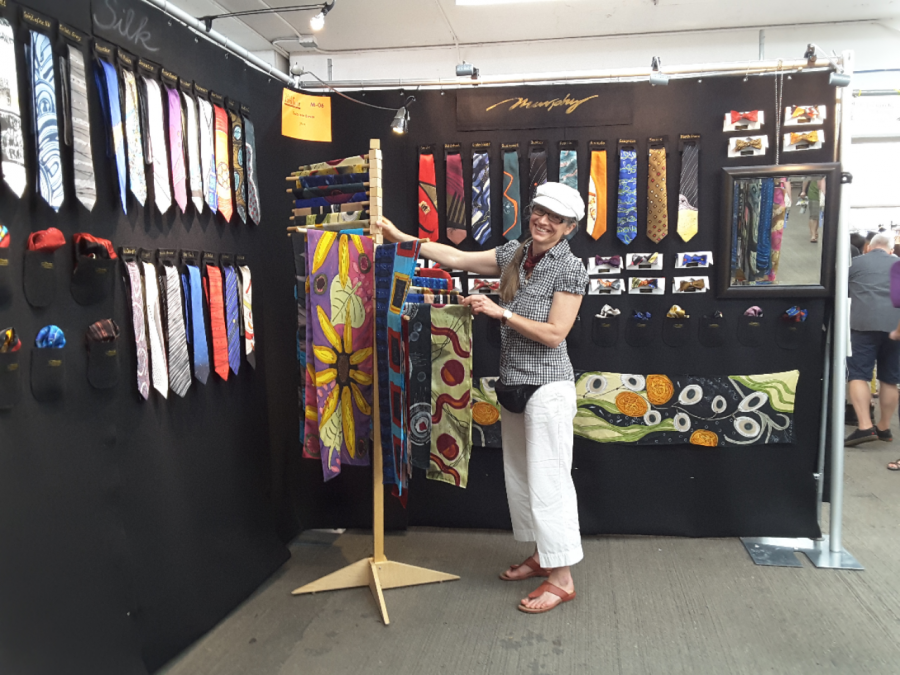 "It's my livelihood and my past, my present and my future. You can’t make up for 20 years of painting. Each one needs the right inspiration and the right place. As an artist you only have so many good pieces in you.

"So whoever did this, I wonder if they comprehend how hard this has impacted another human being. I don’t sleep at night. I wake up feeling fear and panic." 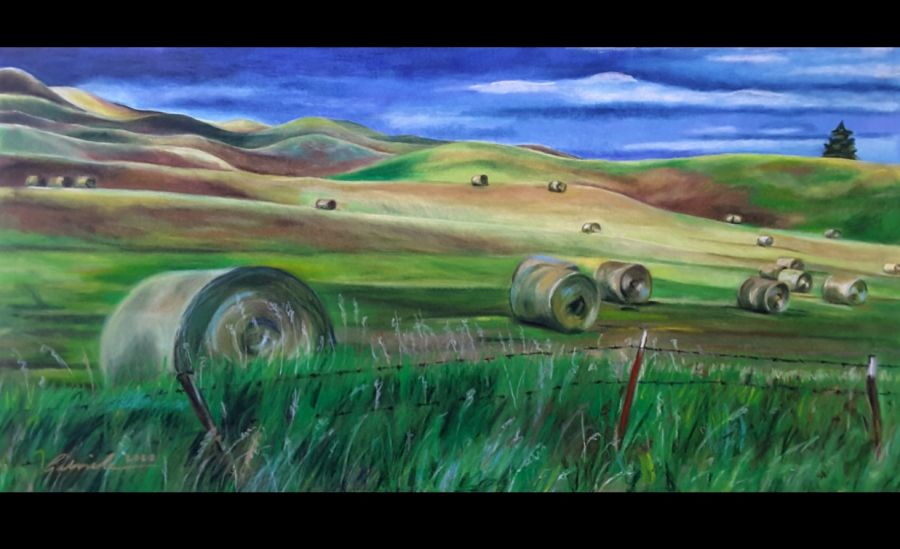 Beyer originally came to Canada from Germany, ostensibly to go to university. But she liked it so much that she immigrated.

"I then met an artist from Washington State," she says, "but he got ill and needed 24/7 care. So we got married and I moved in and nursed him for 18 months. Today I have my home here in Osoyoos and his home in Washington State." 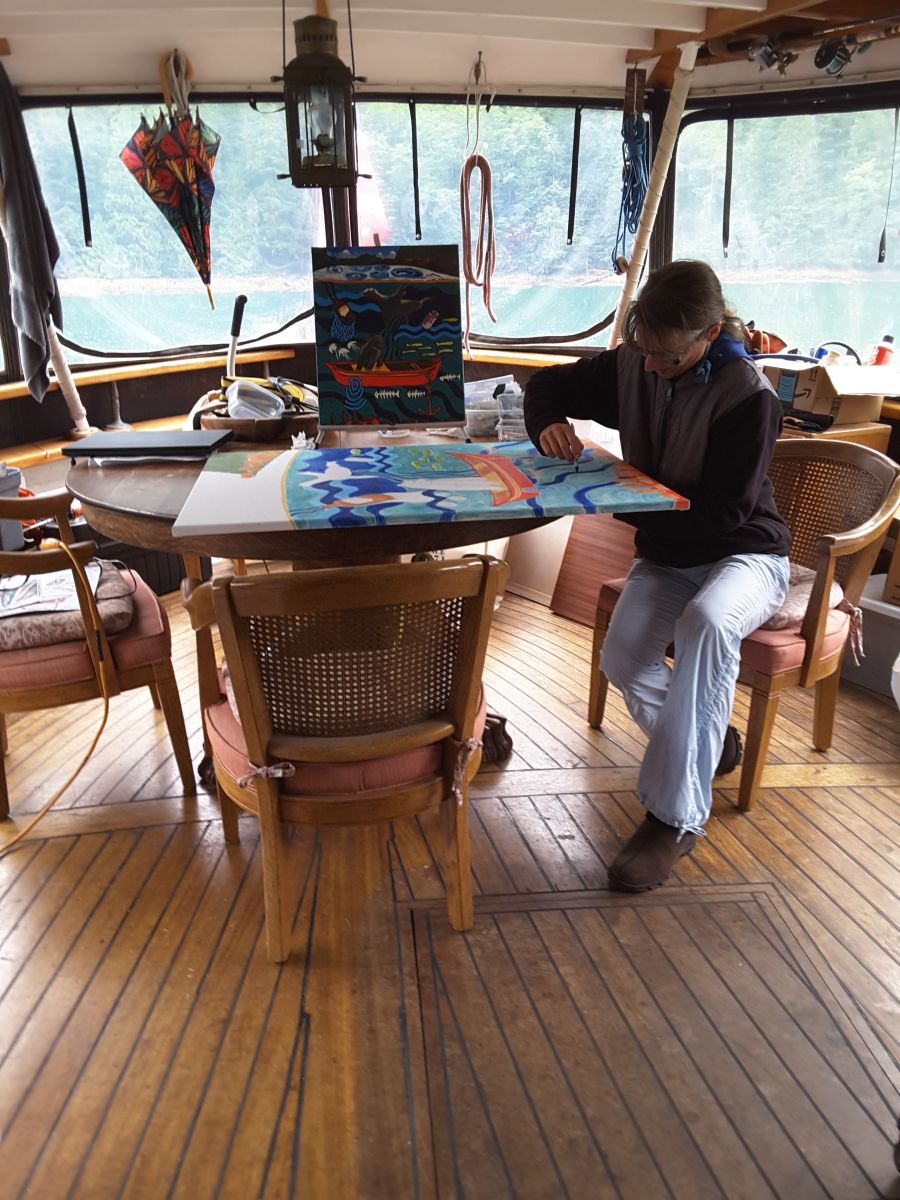 And that's where Beyer was when her mom, who lives adjacent to her in an Osoyoos fourplex, called her with the news on the 11th.

"It’s a super safe building," says Beyer. "It's surrounded by other houses. You'd never think something like this would happen here."

But it did, and to make mattes worse, Beyer, like many artists, had no insurance on any of her pieces.

"I met with the police," she says, "and they suggested I look for my work on the Internet. They said they'd put my pieces into a database, but that was all. I don't think they're actively investigating anything." 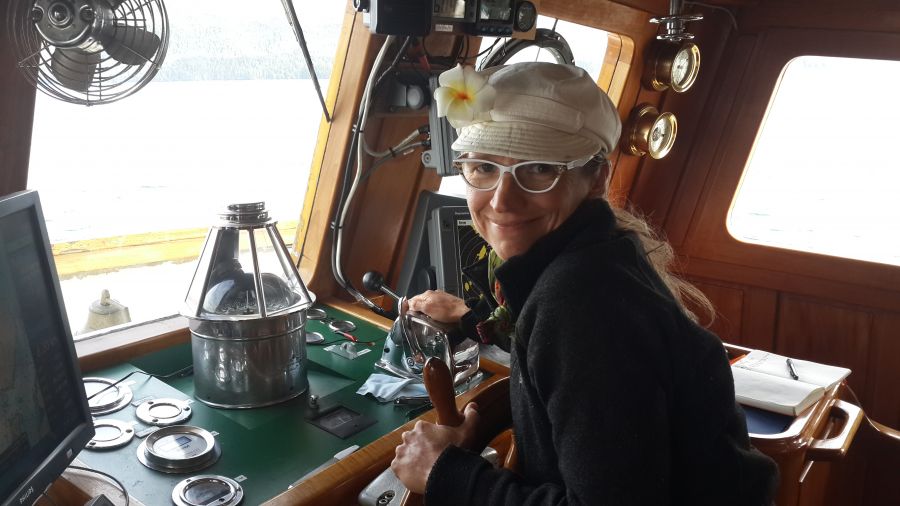 Beyond being emotionally and practically crushing, Beyer also sees the incident as "puzzling."

"I haven’t even had anyone in my place for two years with COVID and all," she says. "I don't know who'd even know about this. I have absolutely no idea who it could have been. Art like this is not easy to sell."

Moreover, other than her front door, which Beyer says was "butchered," there was no other damage. And no other theft either.

"They were very careful," she says. "It’s amazing how carefully they took the paintings from the wall. And there are so many other things they didn't touch. "And they curated too. They took what I feel is the best work."

Beyer has created a Facebook page where you'll find images of all the stolen works and artist contact info. It can be viewed here.