PentictonNow hiked to the top of Munson Mountain Canada Day evening to take in the Lakeside Resort's fireworks show. 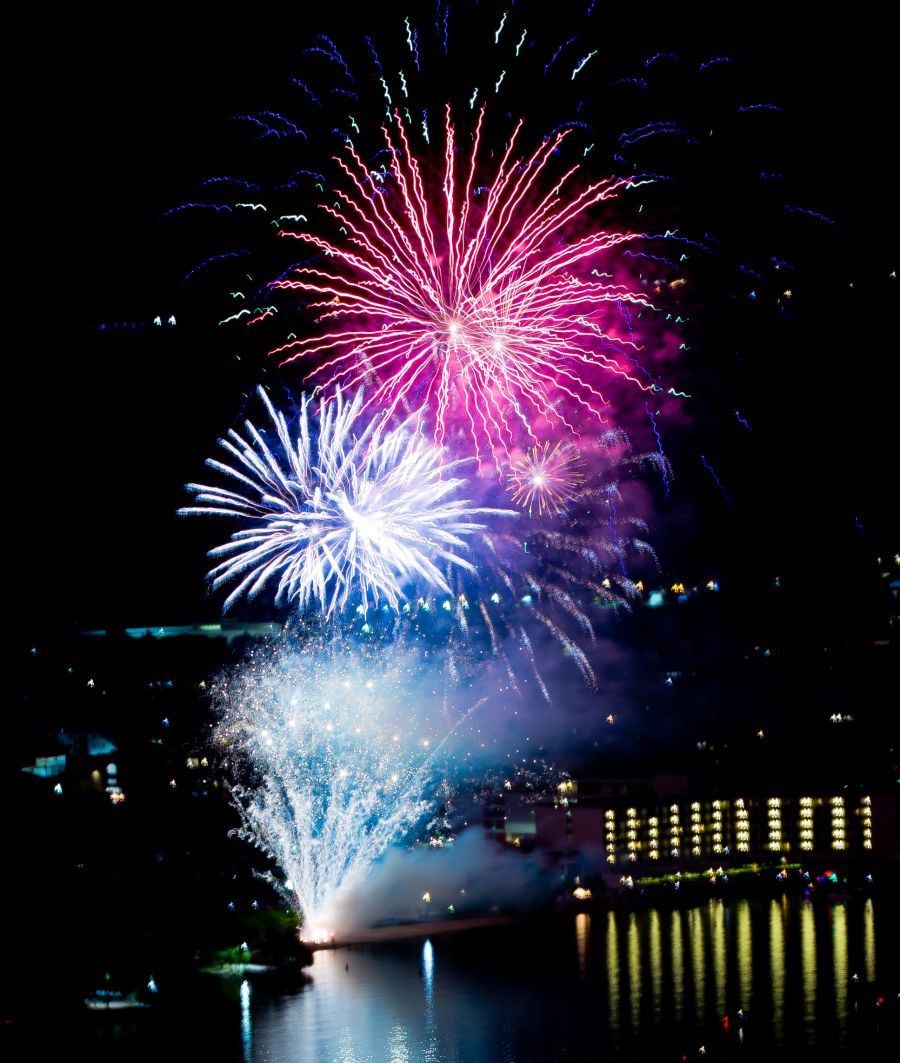 Was it worth it? Absolutely. It's been three years since the last Canada Day fireworks, and watching from Munson borders on ethereal. 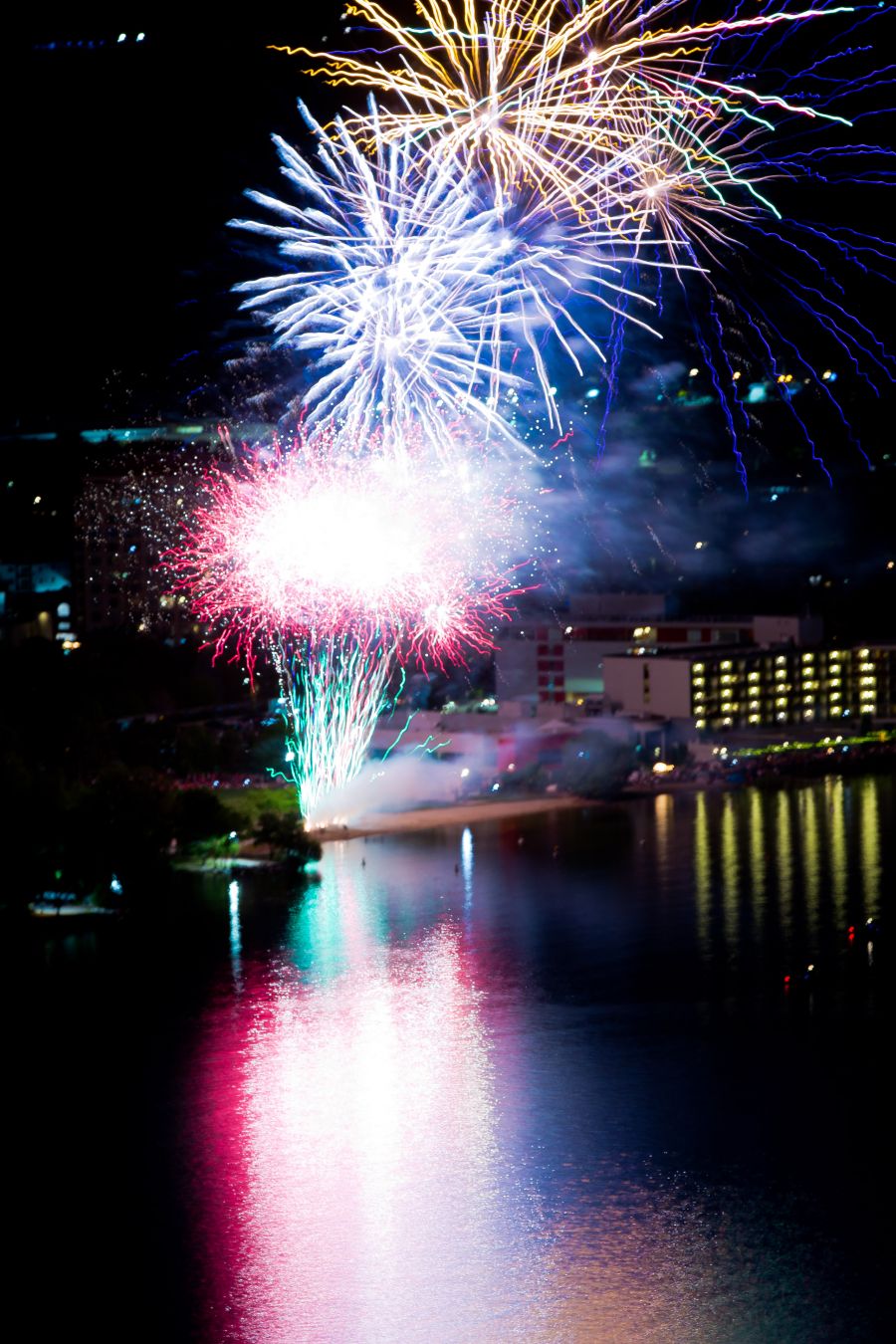 Unfortunately, we forgot a key piece of camera gear. And retreating to the car to pick it up was out of the question because we were forced to park a half-kilometer away. Yes, Munson was that busy. 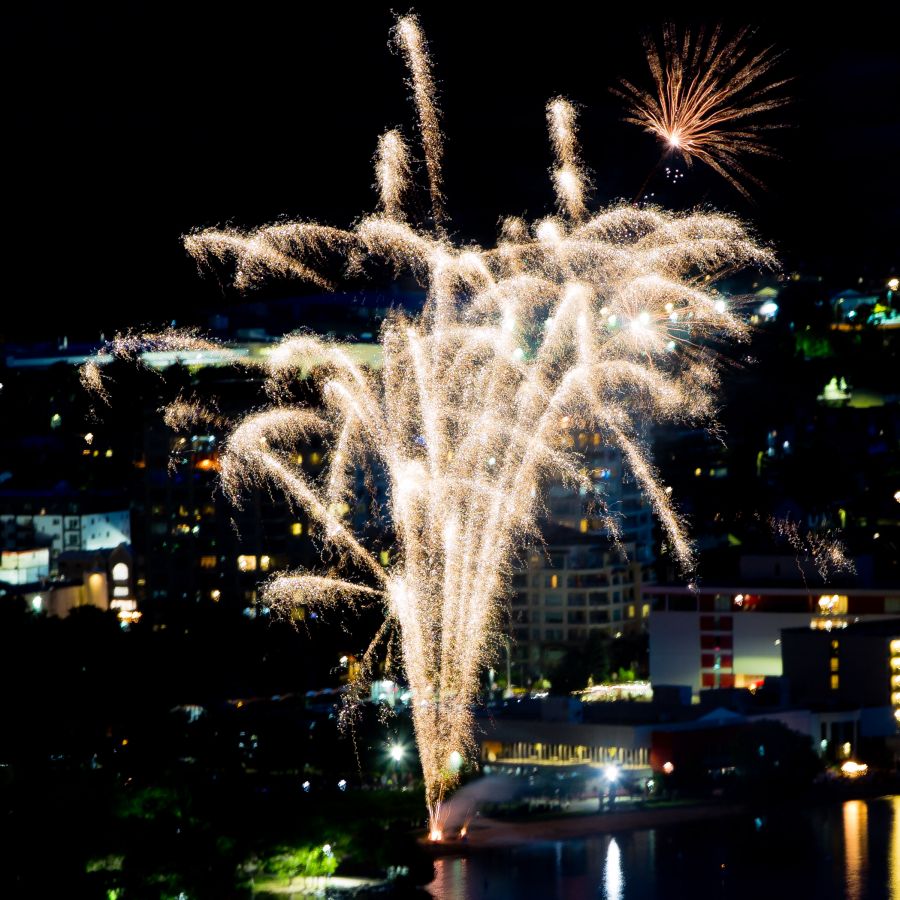 So our photos are a bit shakier than we wanted. Still, we'd rather have them than not. 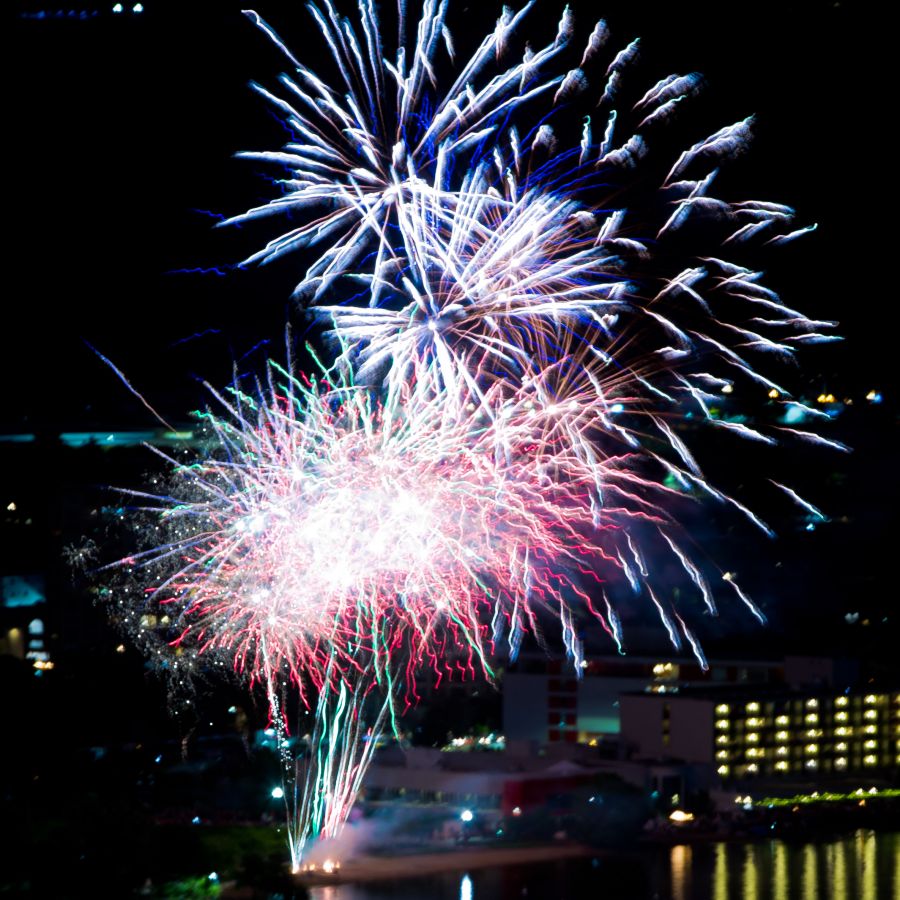 The show began on schedule at 10 pm with a glorious and unexpected burst, meandered a bit through the midsection, and ended spectacularly. Boats crowded the lake during the performance, and a huge cheer from the throng gathered on the beach could be heard all the way at the top of the mountain. 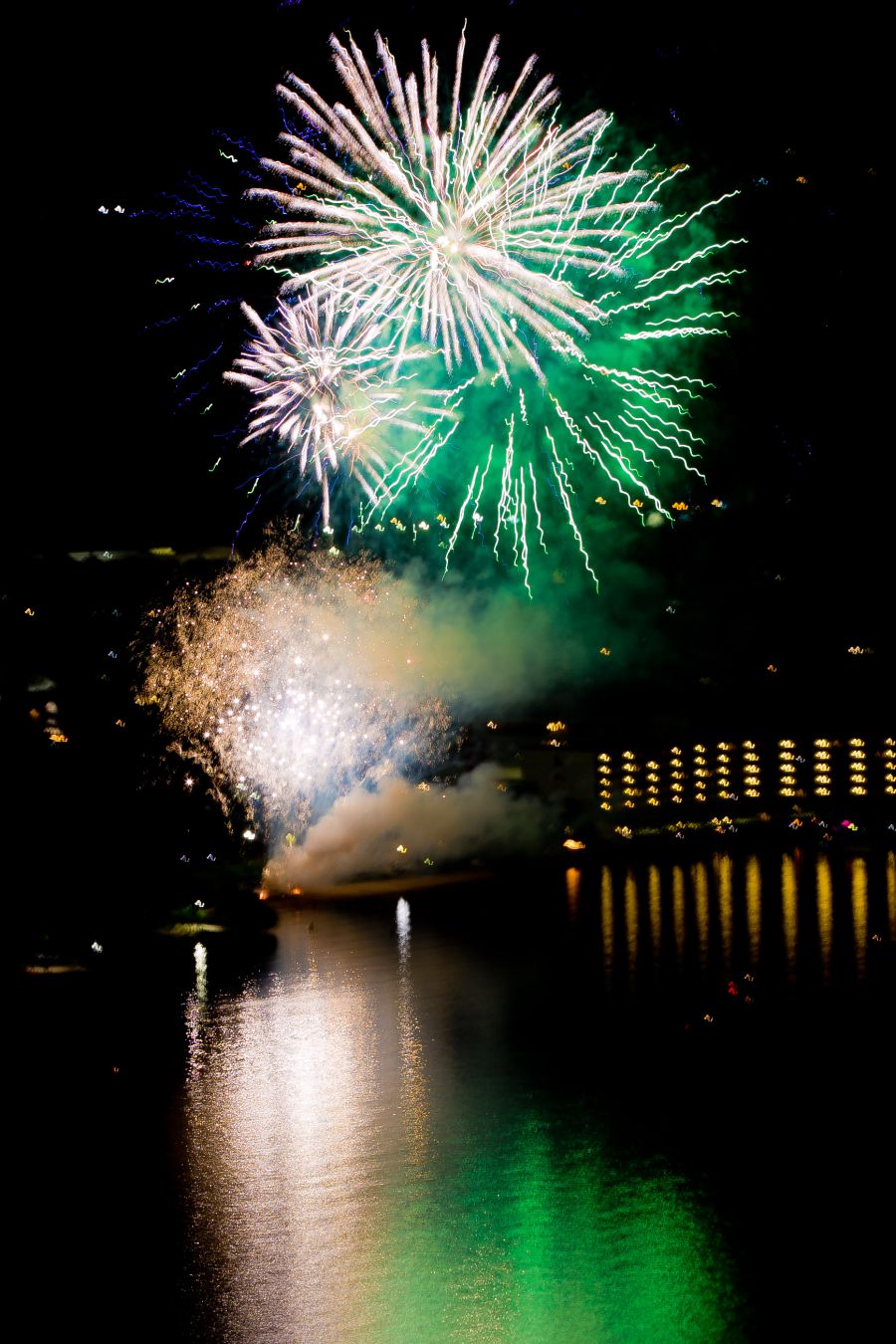 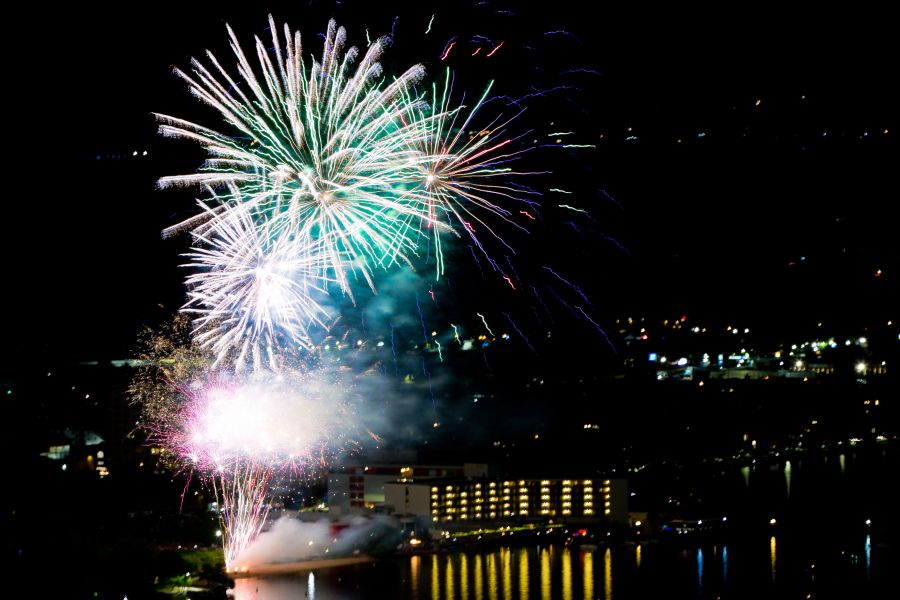