The temps were cool but the action was hot hot hot at the 2022 Fest of Ale Saturday afternoon at Okanagan Lake Park. 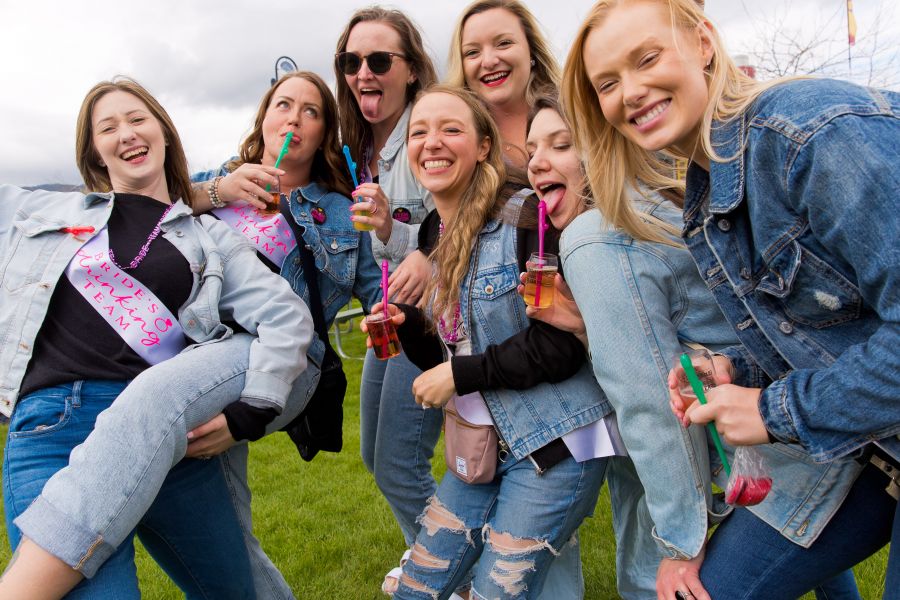 This year's Fest may have been the most notable Fest in history. For starters, it was the first ever to be held outdoors. It was also the first Fest since 2019. 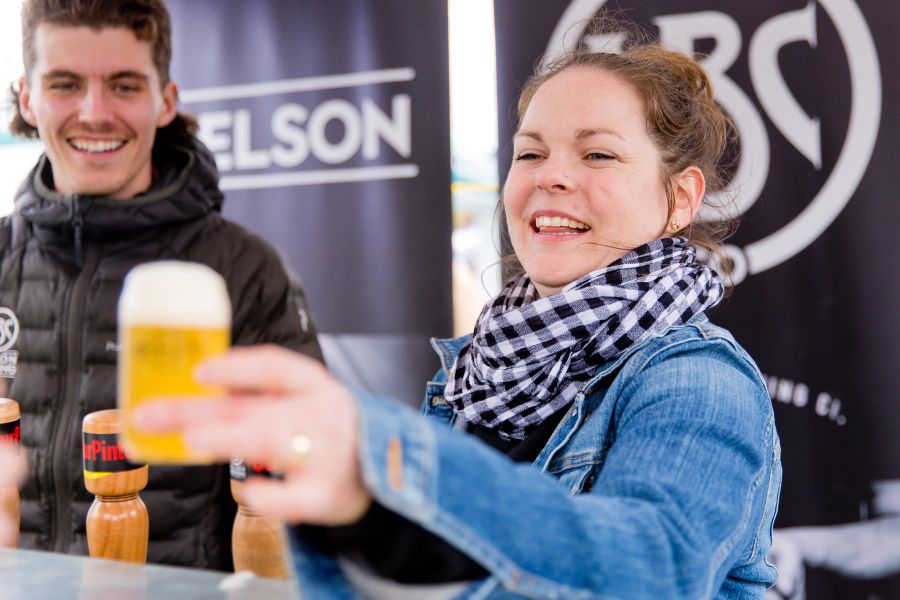 And it was sold right out -- in just six days. 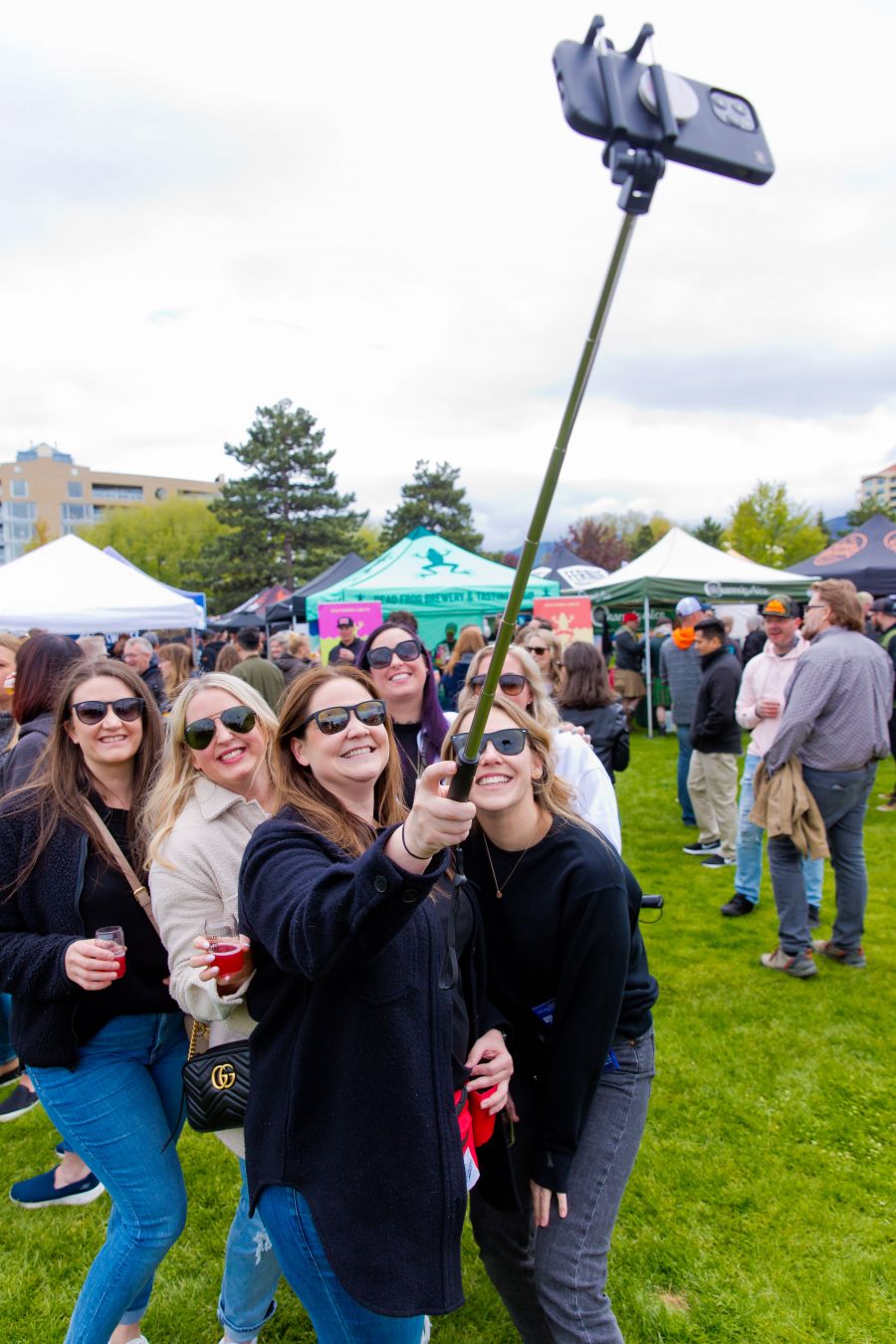 Ultimately, 2,500 people -- 2,000 guests and 500 vendors, sponsors and volunteers -- converged on the lakeside setting for an event that usually unfolds at the Trade and Convention Centre. And the vast majority were feeling the groove all afternoon long. 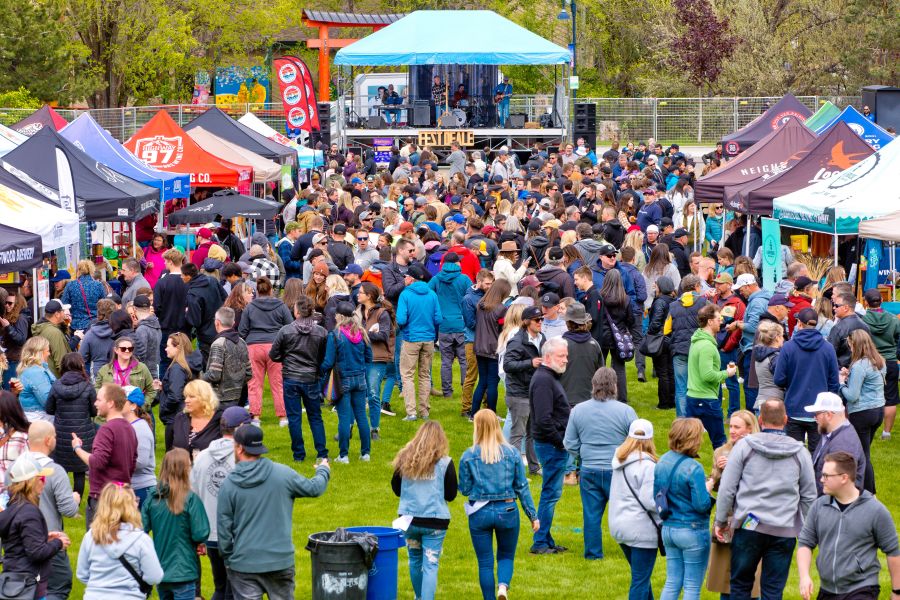 There were undoubtedly some crossed fingers on the part of organizers as Saturday morning dawned. It was undeniably cold. It was windy and showery too. 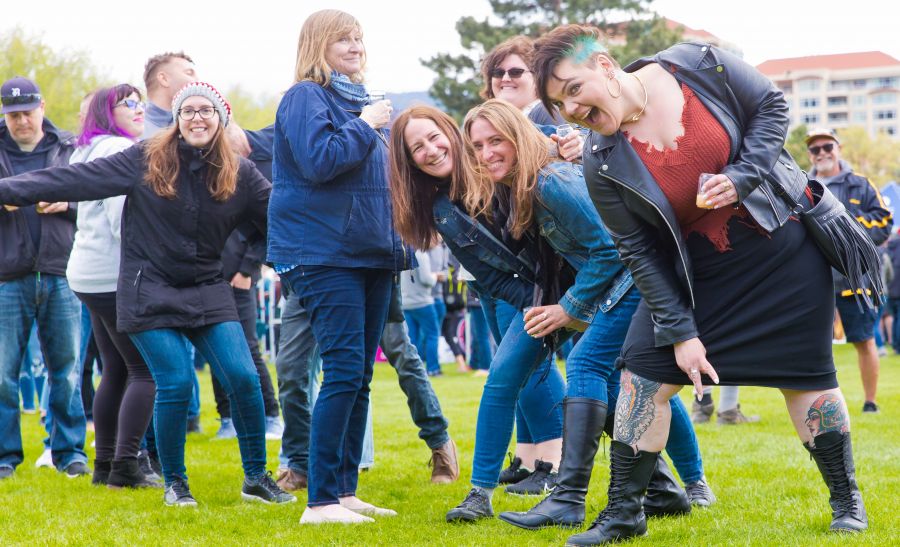 But those crossed fingers must have done the trick, because the wind abated somewhat and rain held off for the event, which kicked off at noon and wrapped up at 7 pm.

Fest of Ale volunteer Evelyn Travis of Penticton, working the main gate at high noon, was psyched so many people had shown up so early. 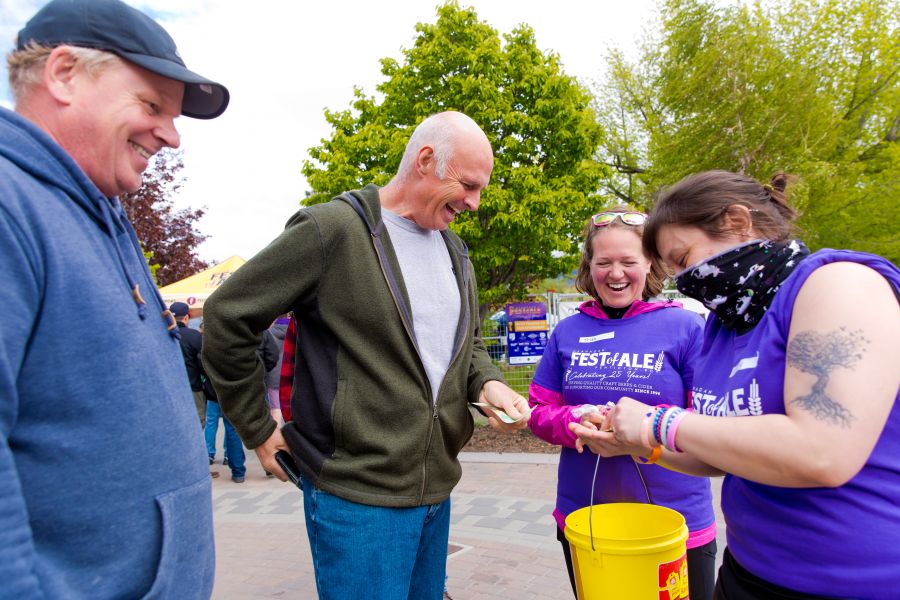 "They (the organizing team) put their heart and soul into this," she said. "I'm super happy to see the crowds. I didn't think there'd be a lineup considering the weather. So I'm stoked."

Matt Paley with Wheelhouse Brewing all the way up in Prince Rupert said that while the Okanagan has experienced a rainy, cold spring, the weather on the northern coast has been quite glorious. Was he pulling our leg? We're not quite sure.

"Gorgeous and sunny for most of April," he said with a laugh, "but it's nice here too. I'm used to the cold, but I'm not sure everyone else is." This was the first time at the Fest for Wheelhouse, which opened in 2013.

"We started distributing down here three years ago," said Paley, "and we planned on doing the festival that year but didn’t apply in time. And then…COVID. 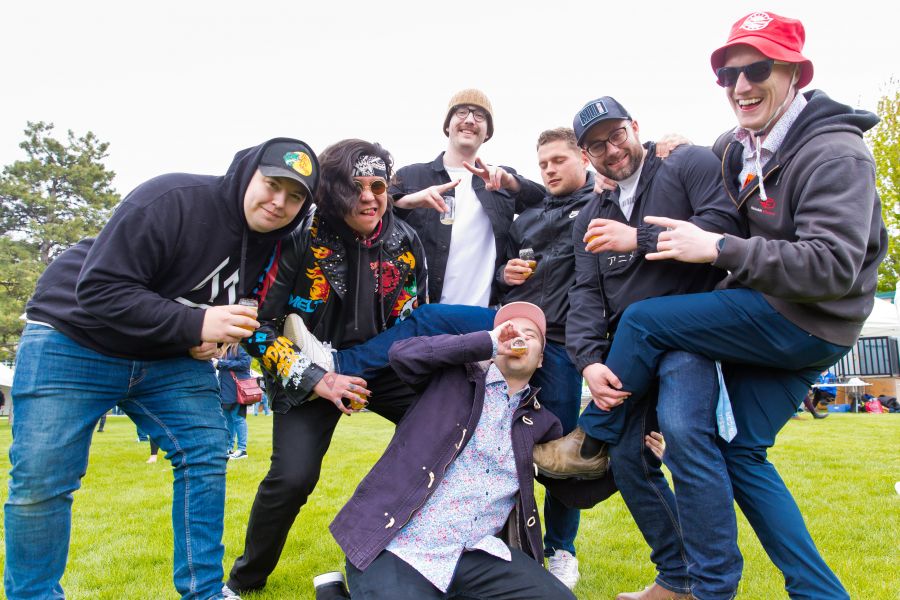 "But we need to show our face so we can increase sales at the liquor stores. That's the big reason we're here."

Also coming a long way was Patrick Liefke of Victoria's Lighthouse Brewing, who called the Fest of Ale a "great opportunity." 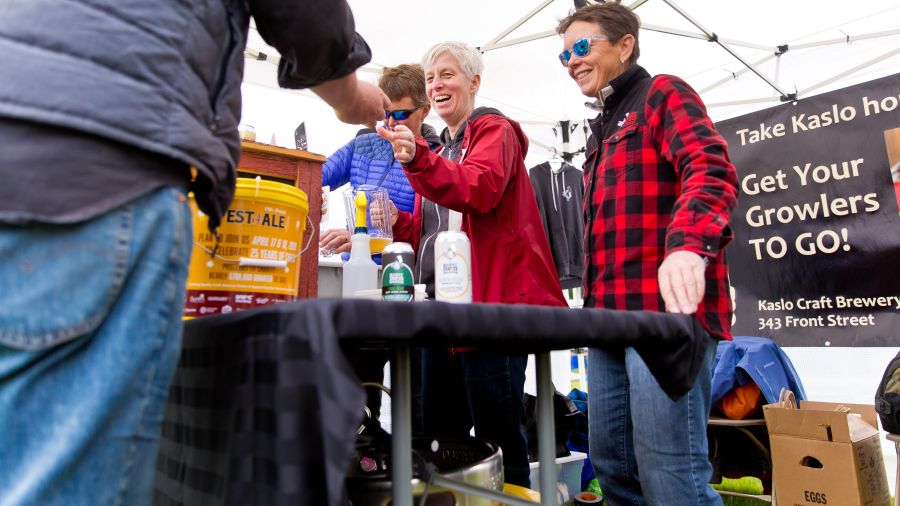 "As a patron I've been here before, but this is my first time repping the brewery," he said. "But we think this is a great way to expose our beers. I think it's one of the bigger festivals around, and a great opportunity to showcase our fan favourites." We watched a few folks play, and topple, a giant Jenga tower, then even more get their hair cut for charity at the mobile setup of Penticton's The Last Barber Shop. Then we headed over to the axe-throwing display (yes, really) where people tossed real axes at targets. 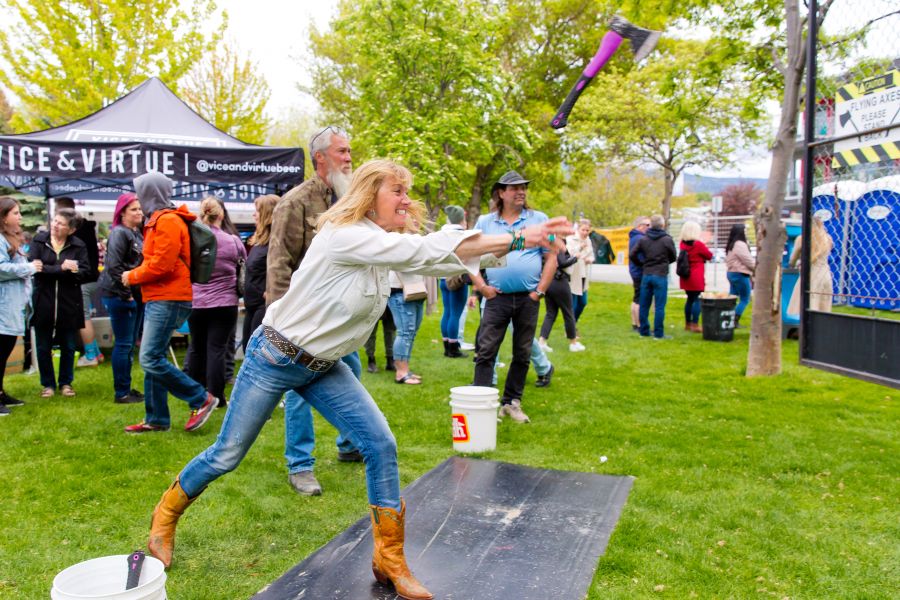 Fortunately, a thick metal cage surrounded much of the setup. Because, you know, axes and beer.

But the longest lineups were reserved for one thing and one thing only -- the portable toilets. There were oodles of porta-potties ringing the Fest zone, but the lineups got longer and longer as the day went on and stretched halfway across the park by late afternoon. 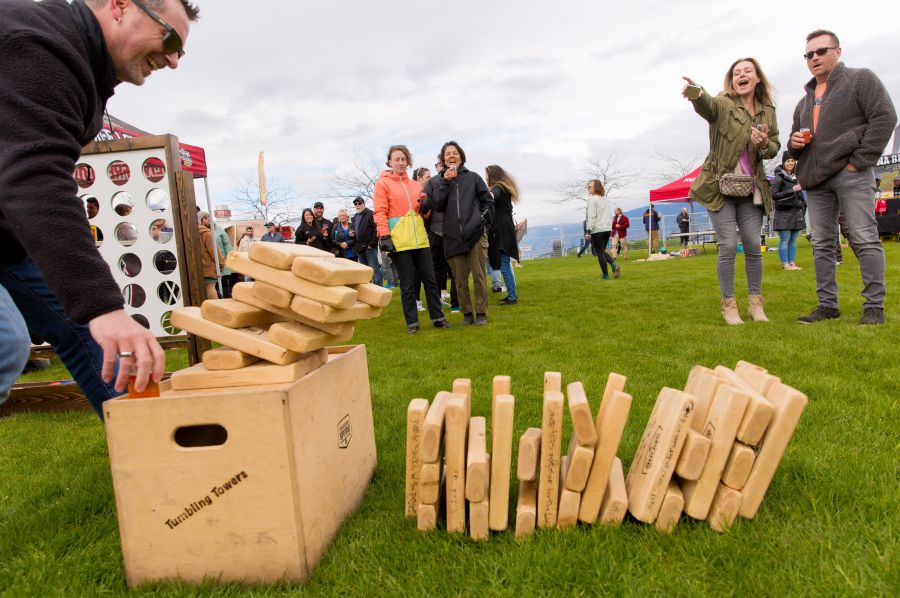 Need we explain why?

For Scott Breier of Penticton's newest brewery, Abandoned Rail on the KVR Trail near Munson Mountain, the event was a first. 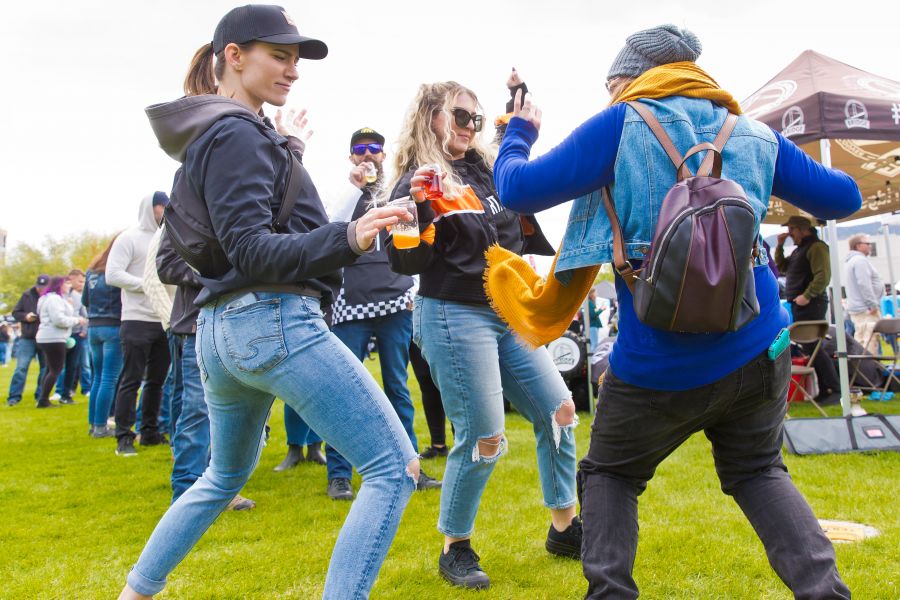 "It's the first festival of any kind we've been a part of," he said. "But we've had a few people come by already and say they know about us.

"Festivals like this are important. They're great ways to get the name out." As we continued our travels, we spotted a couple -- Patrick Rasberry and Jessica Anderson -- we remembered from the 2019 Fest. He's from Edmonton, she's from Penticton, and the two are dating. 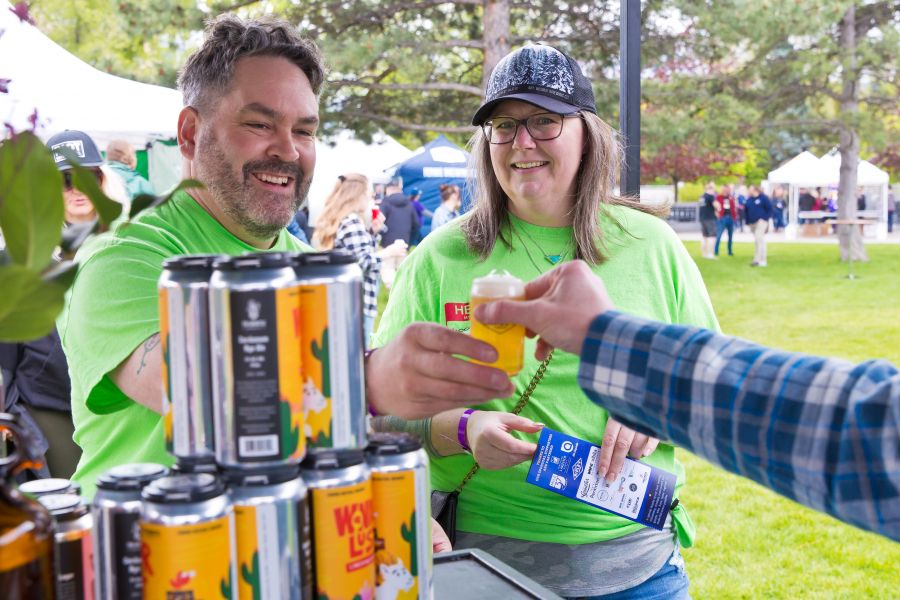 And they, like virtually everyone we met Saturday, were having a blast getting together with others outdoor while tasting a bunch of beers. 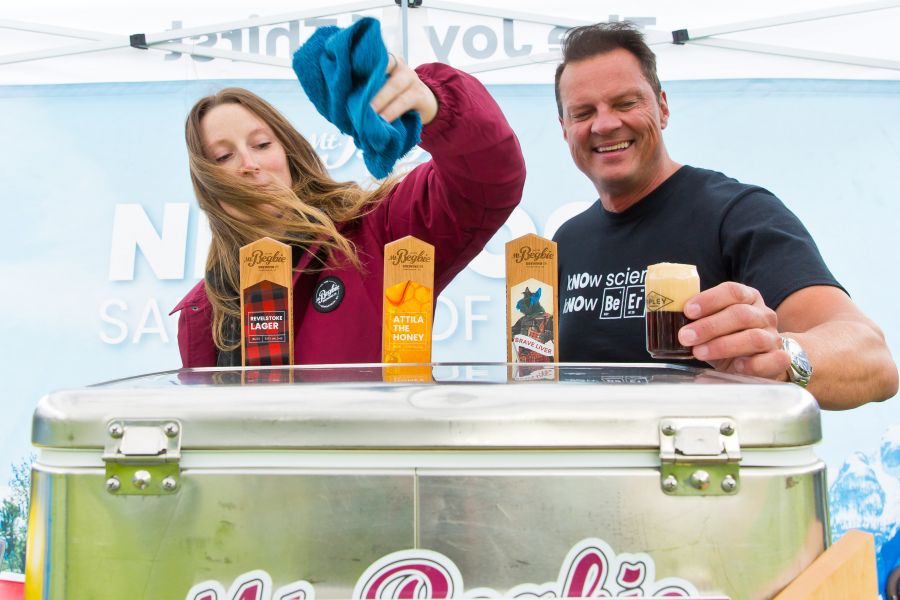 "We just love craft beer," said Rasberry succinctly. "We love everything about it. It's a community."

As Rasberry and Anderson disappeared to our left, Bounce Radio morning host Allan Gee appeared on our right, along with a dozen or so old-timey high school friends. 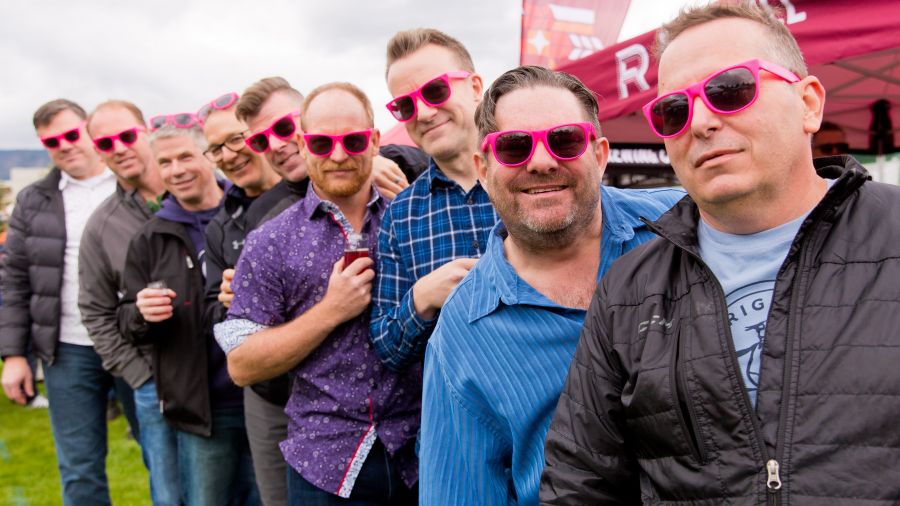 "There was are my buddies from Summerland," he said. "We went to high school together and we missed our reunion due to COVID, so we thought, 'Hey guys, wanna come to town for Fest of Ale?' 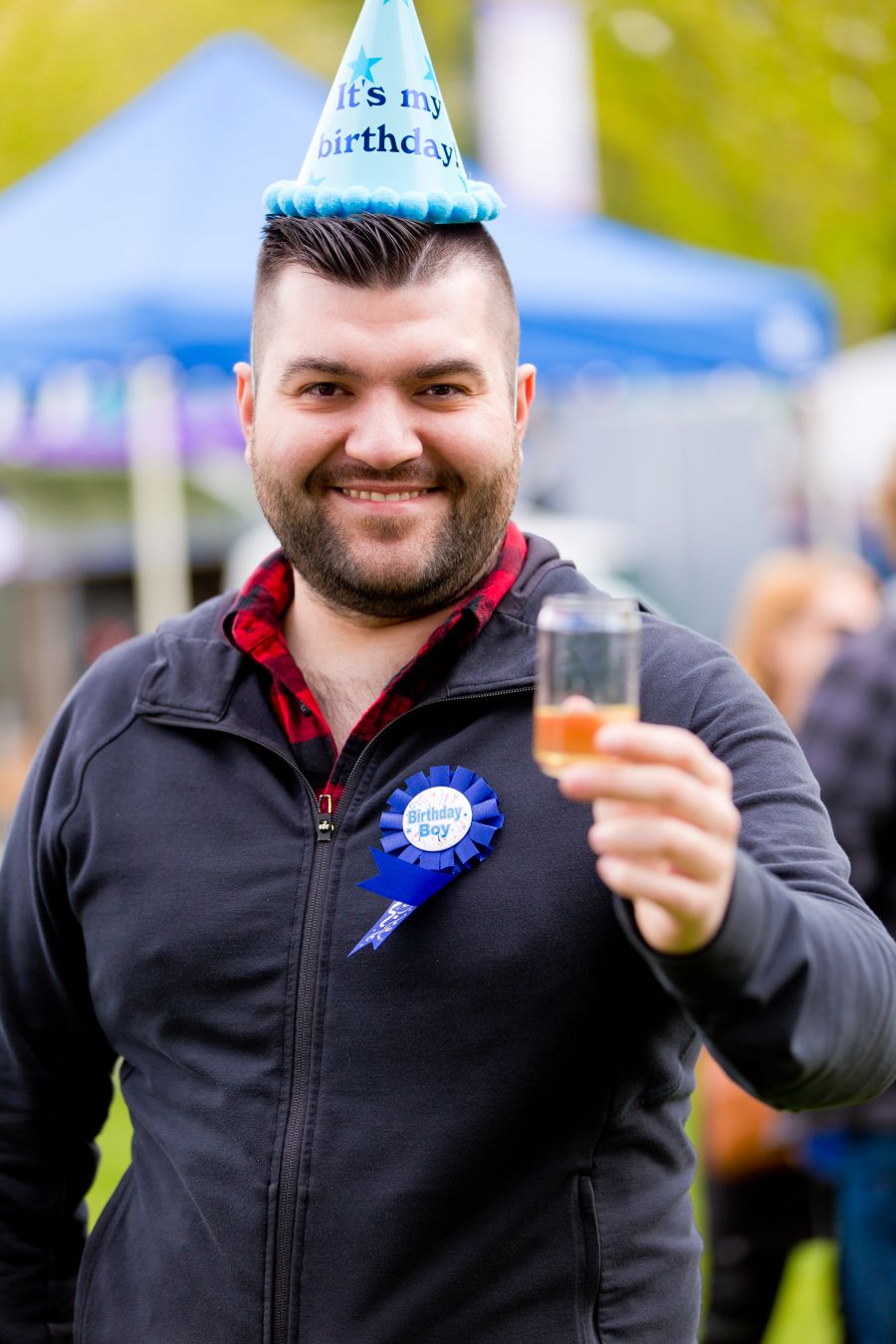 "And everyone showed up. We've got guys here from Calgary, Edmonton, Vancouver and we're having a great reunion weekend."

According to organizer Sarah Taylor when we chatted earlier this week, Fest of Ale works best in its regular mid-April "shoulder season" time slot and will likely head back indoor to its PTCC home for 2023. 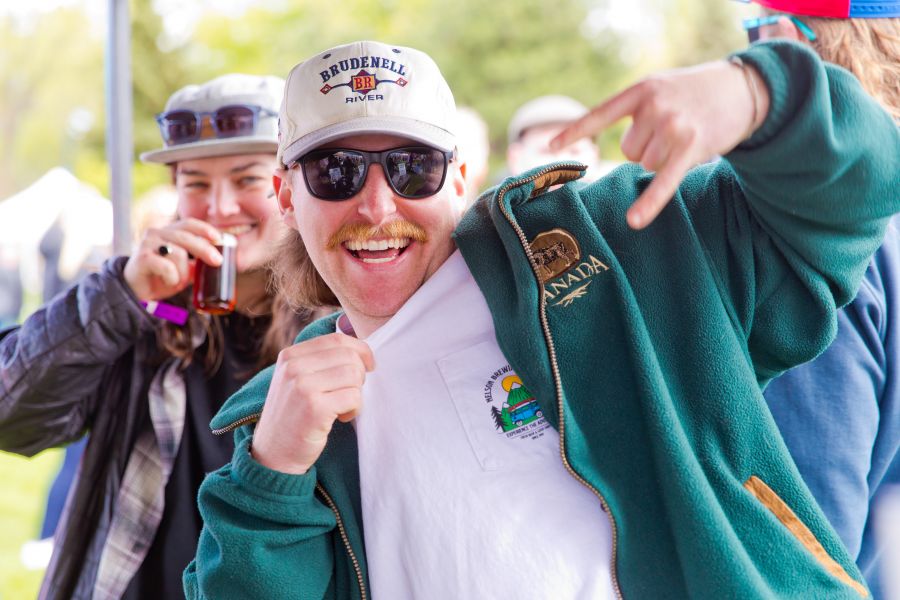 But Saturday at Okanagan Lake Park, even with middling weather, there were a whole lot of people who loved it just the way it was. 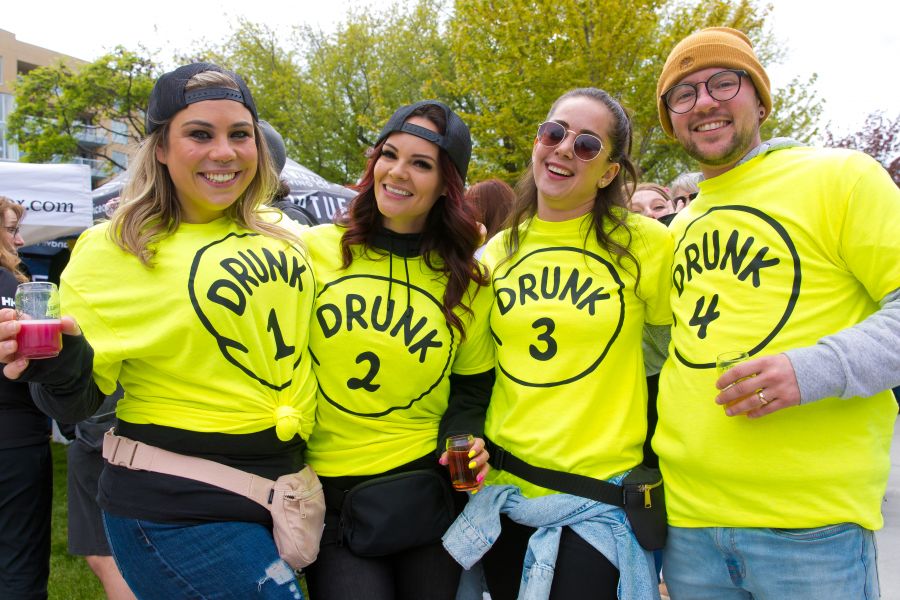