The planning for HaHaHa Kidzfest, a multi-day arts and culture festival aimed primarily at young folks aged 2 and 12, began in 2019. Then the pandemic hit and event organizers were forced to put it off completely in 2020 and reduce it to a mobile drive-thru affair in 2021. 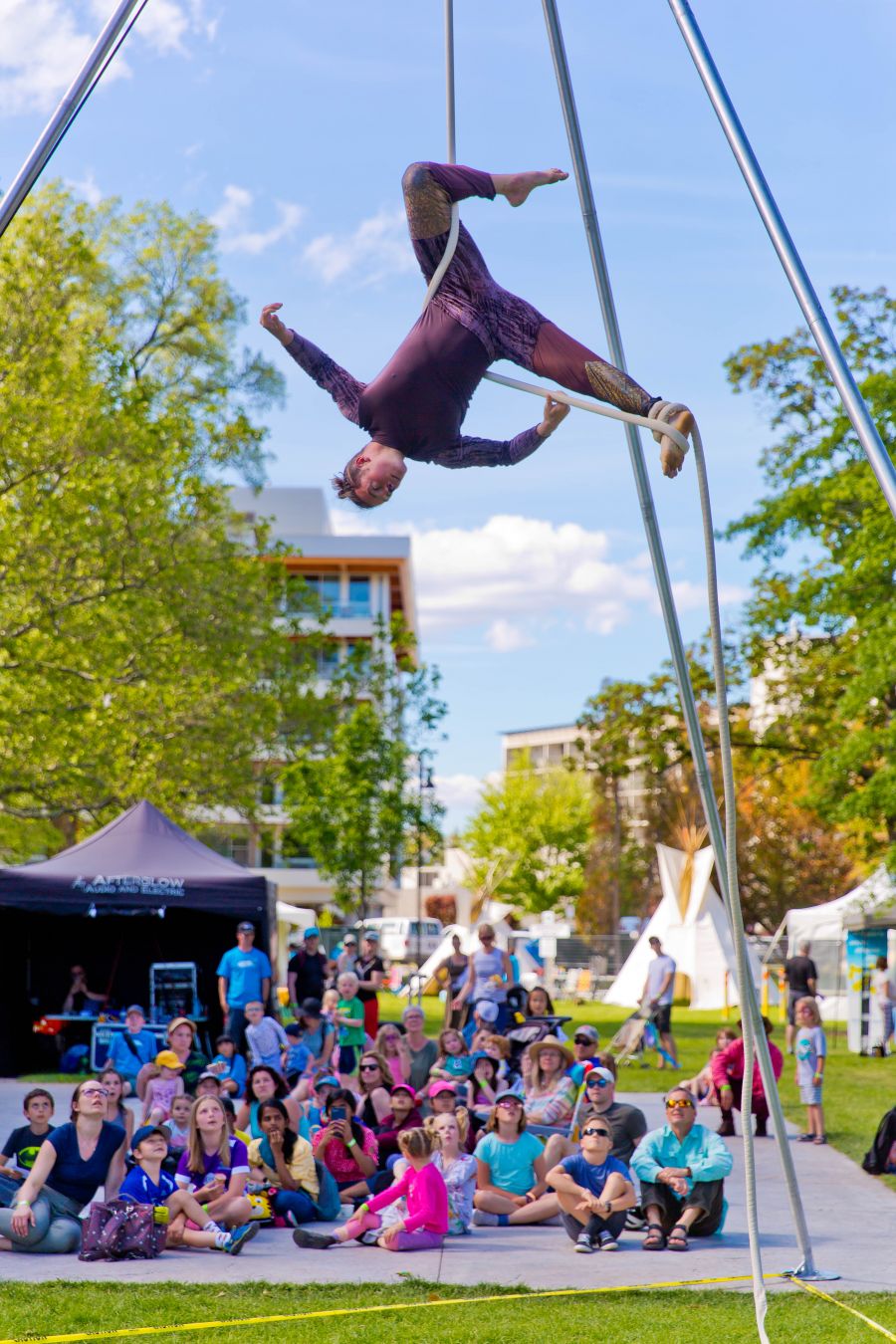 But this past week -- Thursday to Saturday to be exact -- the festival finally unfolded as its organizers had intended. Three full days in Gyro Park, the first two catering mostly to schools, and a Saturday finale wide open to anyone who wanted to show up (and pay the $8 admission fee). 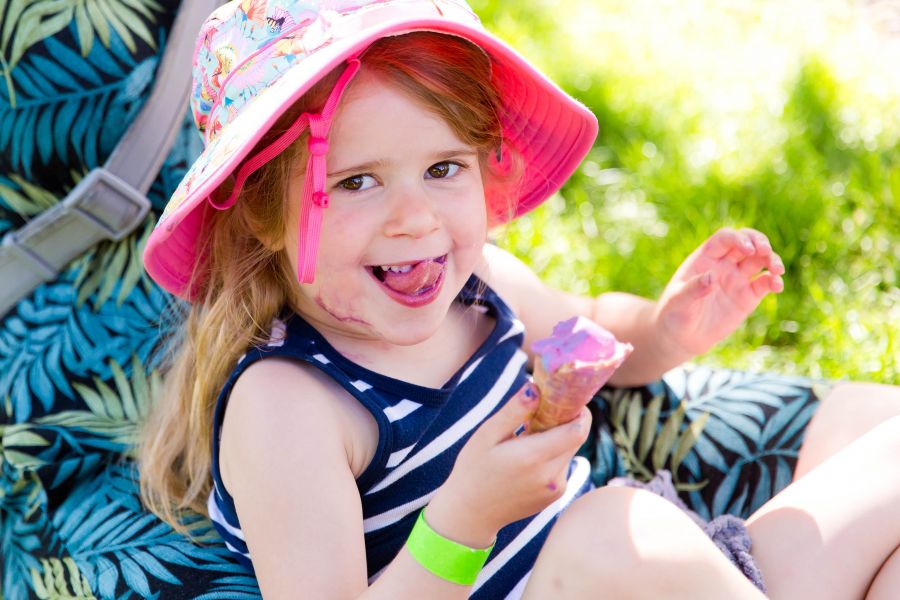 And after it was all over, festival spokesperson Jacki Kliever was psyched. "It was amazing," she said late Saturday as the stragglers made their way out the gate. "We just had so many people celebrating and enjoying life, and enjoying arts and culture. We haven't seen that for three years. 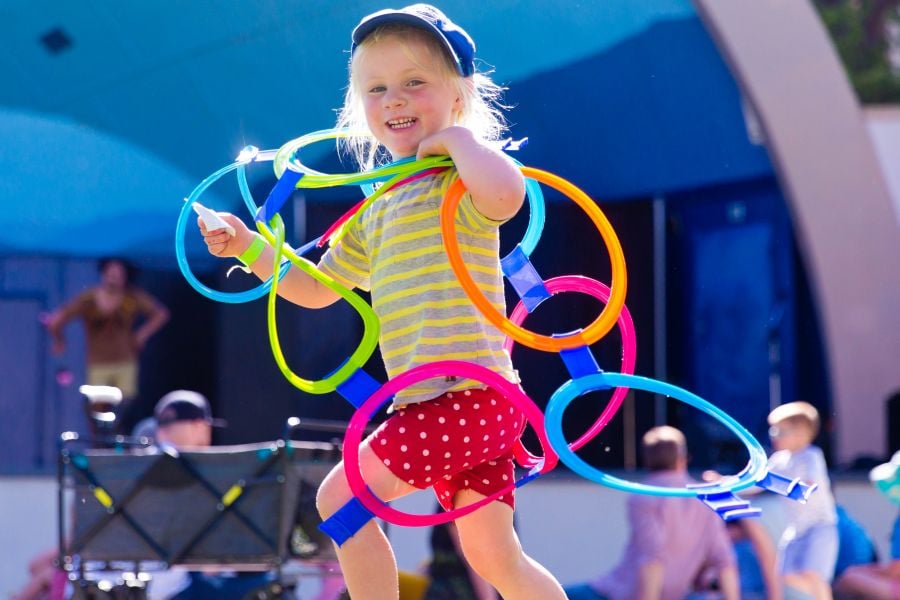 "You could just see people come to life. It was wonderful seeing people interacting and being together." 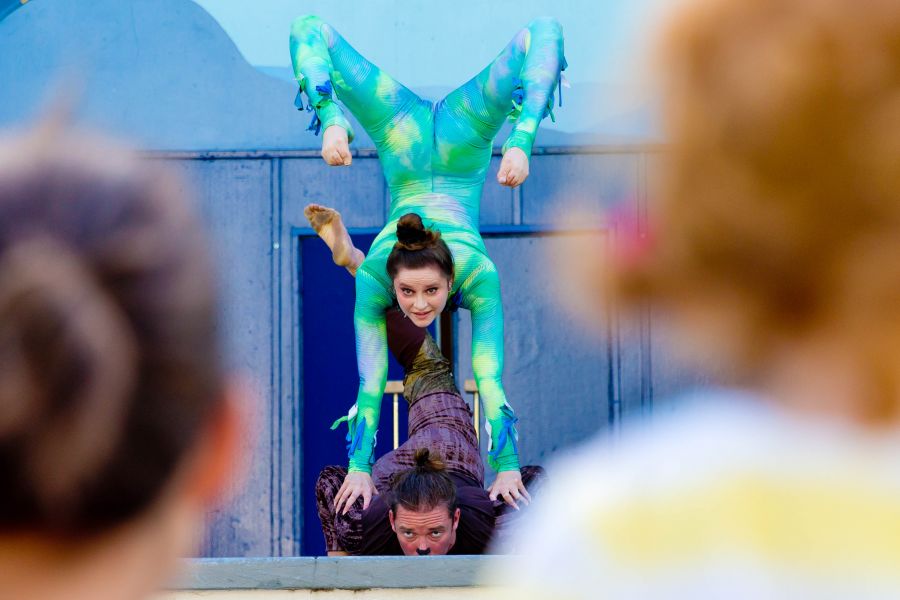 Kliever estimated that attendance reached 4,000 over the three-day period for an event that mixed a good deal of local programming (entities such as the Penticton Arts Council, the Penticton Library, and the Penticton Indian Band) and several out-of-region headliners (such as Circus West and Ache Brasil Music and Dance Group). In PentictonNow's all-too-brief time at the event late Saturday afternoon, we were captured immediately by the ample contributions of the PIB through its popular "Indigenous village" setup, its numerous culture-focused tents, and its crowd-pleasing, crowd-involving pow-wow dancing displays. 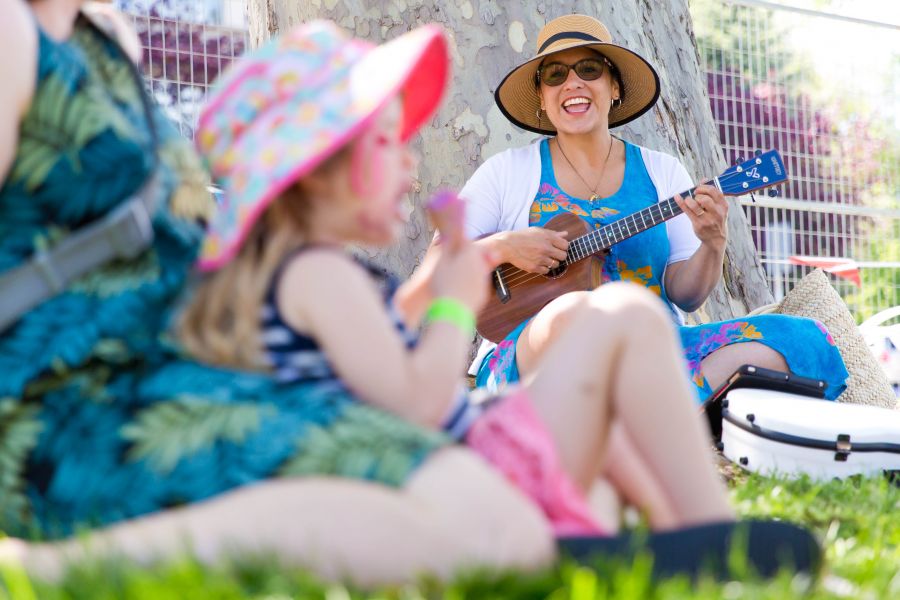 Top headliners Circus West pulled off some amazing stuff too in its second of two festival performances, though the 4:30 pm Saturday crowd of 100 or so was a bit disappointing. It was nothing like the numbers earlier in the day and the week. 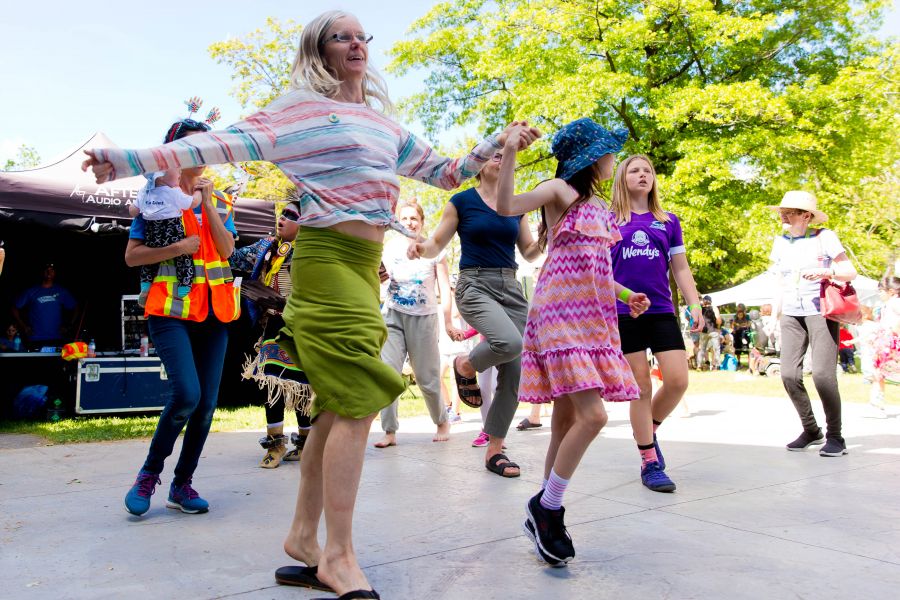 "It was wonderful here in the park," continued Kliever, "and we're so grateful to the City of Penticton. "And it worked so well to have all our partners on board. Because so many people bought in, that made it very doable. It really was the whole village that raised us up." 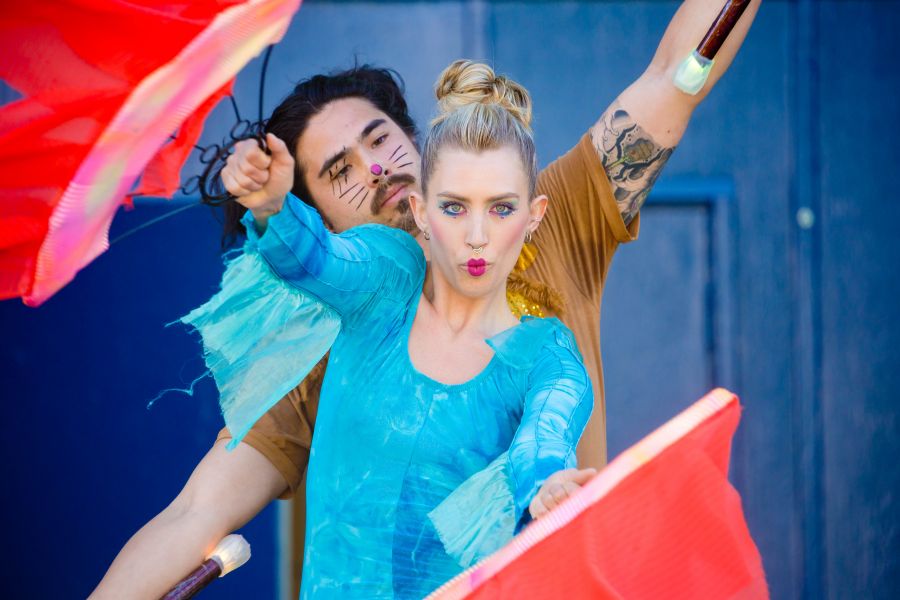 One more thing. Kliever assured us Kidzfest will be back next year. 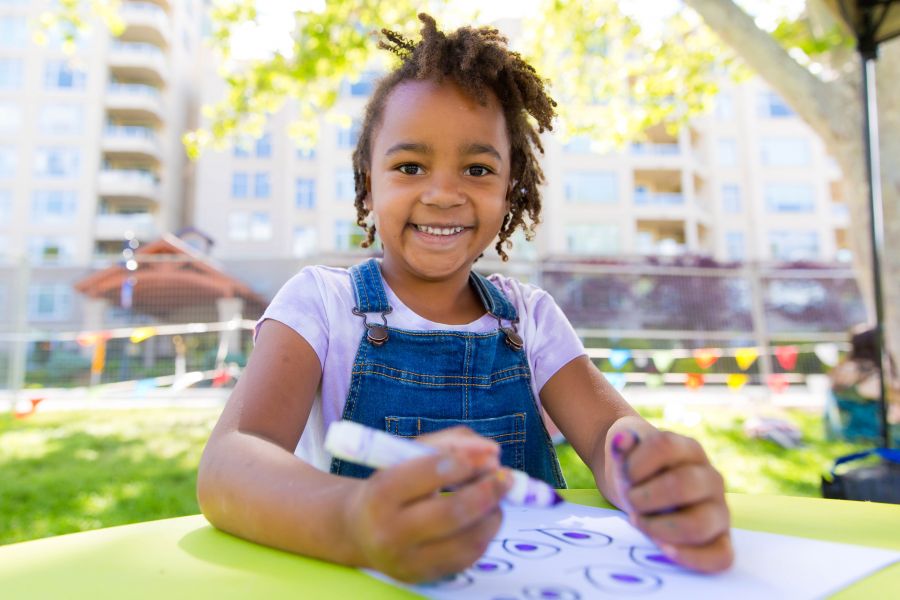 Whether it’ll remain in Gyro where the action seemed a bit cramped has yet to be decided. 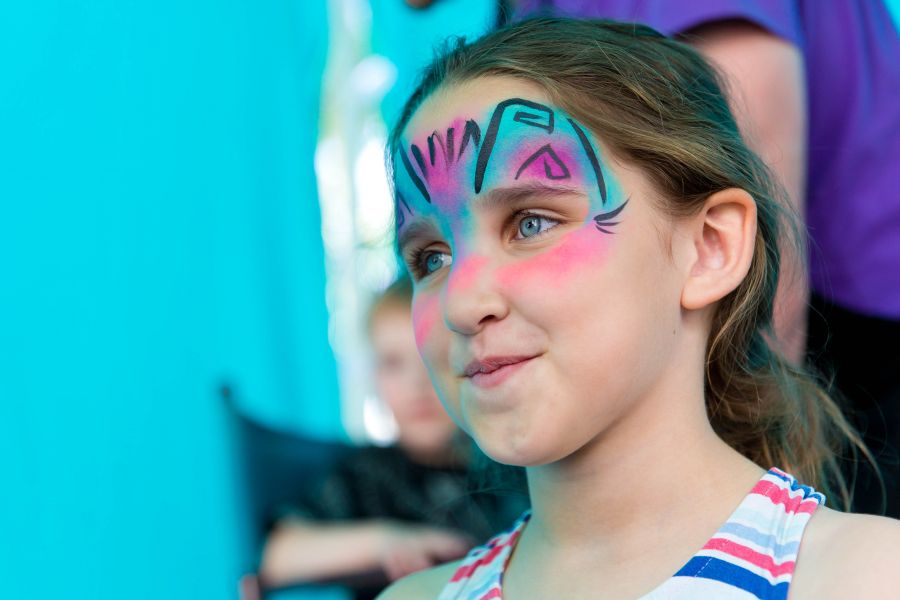 To keep posted on the latest, refer to the HaHaHa Kidzfest website here. 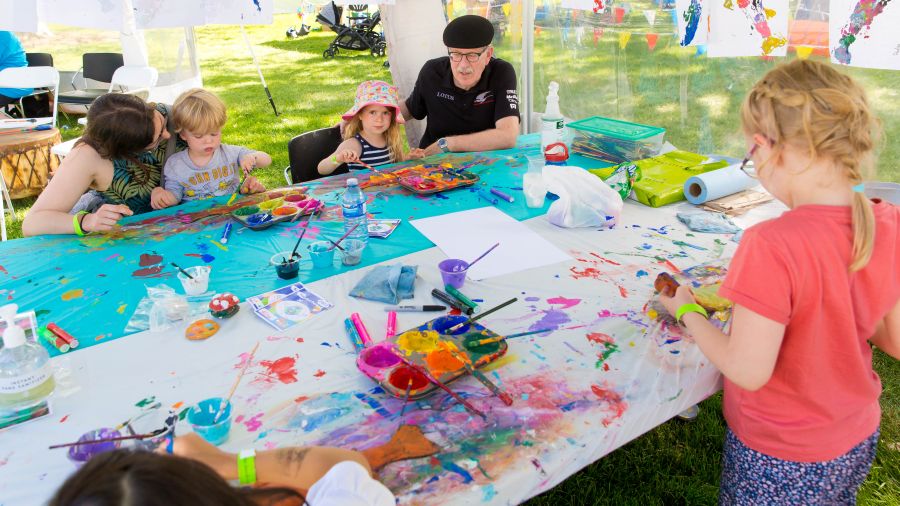 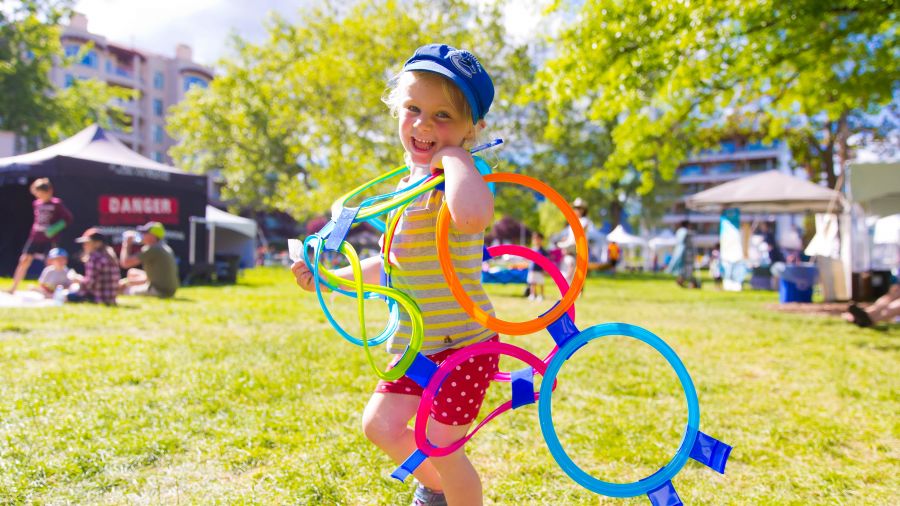