There aren’t many sports that can compete with squash when it comes to maintaining fitness levels and there isn’t another squash club anywhere in Canada that offers a spectacular view of Okanagan Lake.

After a few years of some difficult struggles, things are looking up at the Lakeshore Racquets Club in Summerland. 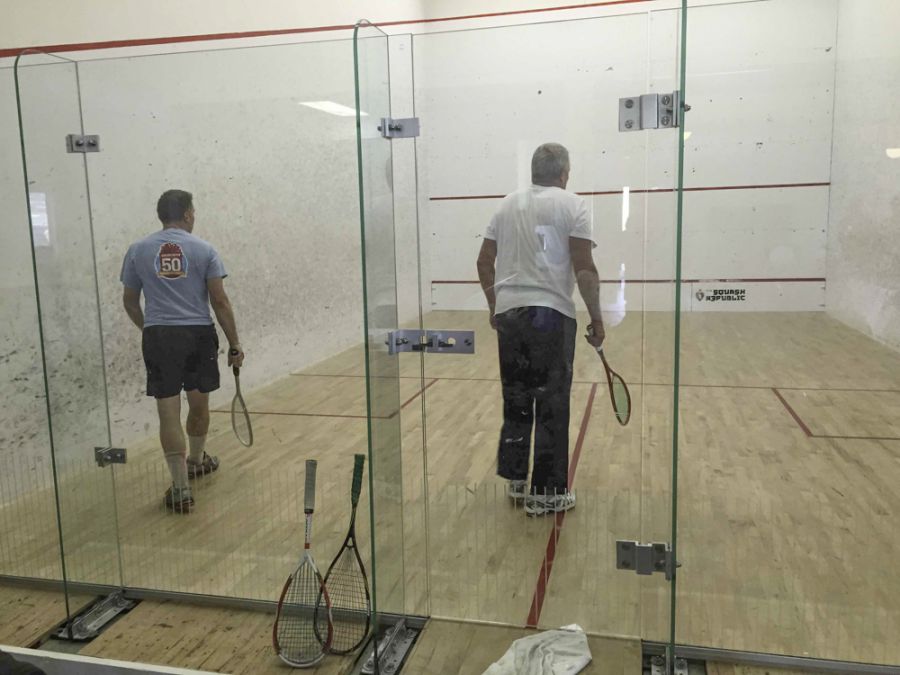 Not only is the club renovating one of its three squash courts this summer, but there have been many other upgrades to the club and a successful junior program that has been around for closing in on three years is starting to produce some fine young players, said club president Ceri Wisheart.

Adam Terheege, the former head professional at the Penticton Racquet and Fitness Club, has started his own B.C. Interior Squash Academy based out of Vernon and he makes the trip to Summerland once a week during squash season (September to April) to run a junior program in Summerland.

“We’ve had a few ups and downs with the squash club, no doubt about that, but things are really looking up right now,” said Wisheart. “I’ve only been president since last spring, but I really like what’s been going on with the club. 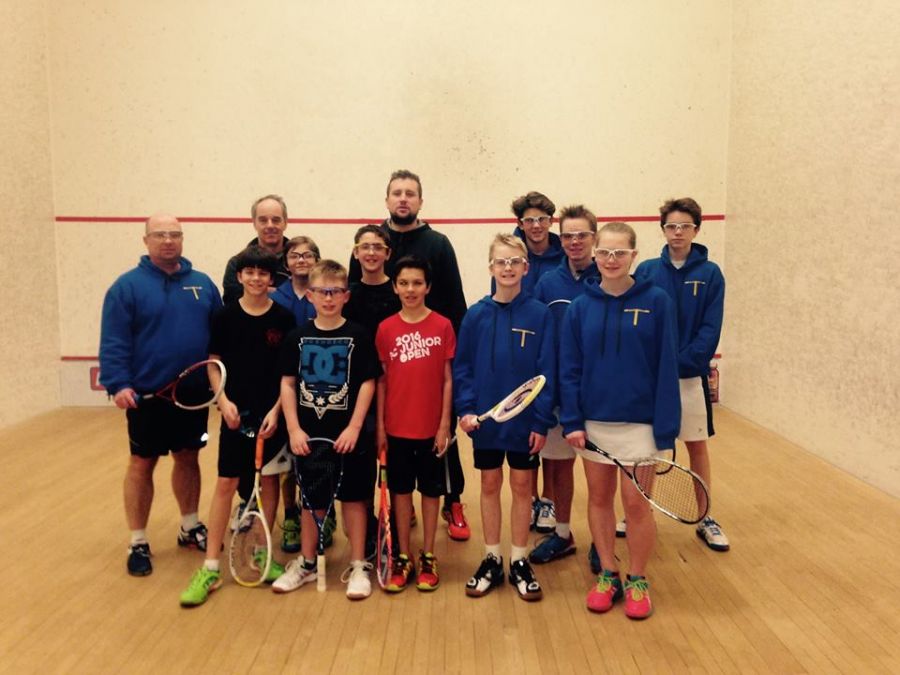 “We’ve brought Adam on board and he’s doing a great job with our junior program … and now we’re trying to get an adult learn-to-play program established once the season gets underway in September.”

There are currently just over 100 members with the tennis club at the Lakeshore facility and a few of them do play squash, but the goal is to let residents in and around Summerland know the facility is open and that squash is an incredibly fun, healthy and challenging sport, she said.

The reality is many residents in and around Summerland don't know there is a squash facility in town and this promotional push is aiming to change that, she said.

“We’re also competing against pickleball, which is hugely popular in this area,” she said. 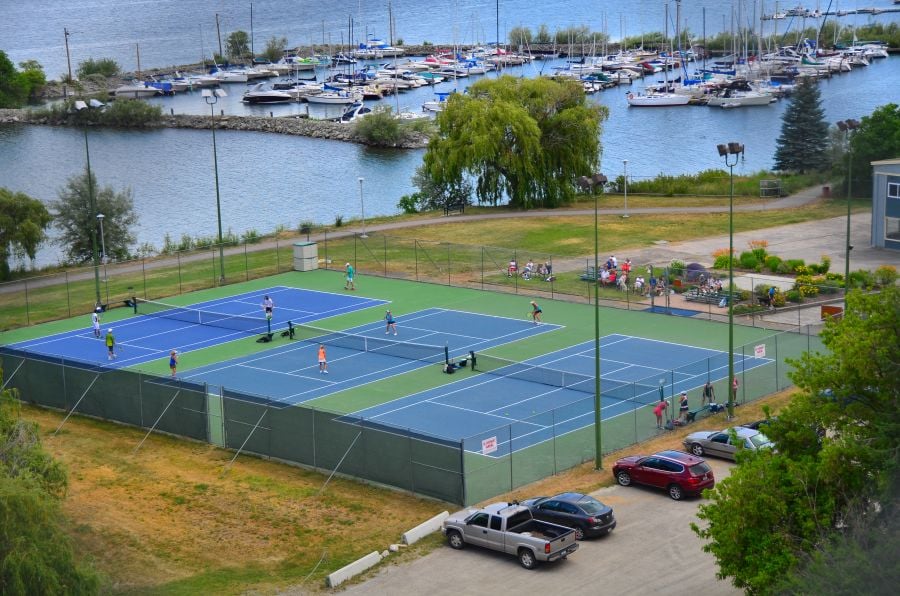 There is a fitness centre located on the second floor above the squash courts open Monday to Saturday and anyone wishing to try out squash is welcome to visit that club and purchase “drop-in tickets” to use the squash courts and change room, she said.

The Lakeshore Racquets Club first opened back in the early 1970s, with three outdoor tennis courts and two racquetball courts, she said.

As the popularity of racquetball faded and interest in squash increased, the decision was made to convert the racquetball courts into squash courts and the third squash court was added about 20 years ago, she said.

“We now have three fantastic squash courts, including our No. 1 court, which has glass on the back and is a really nice court,” she said. 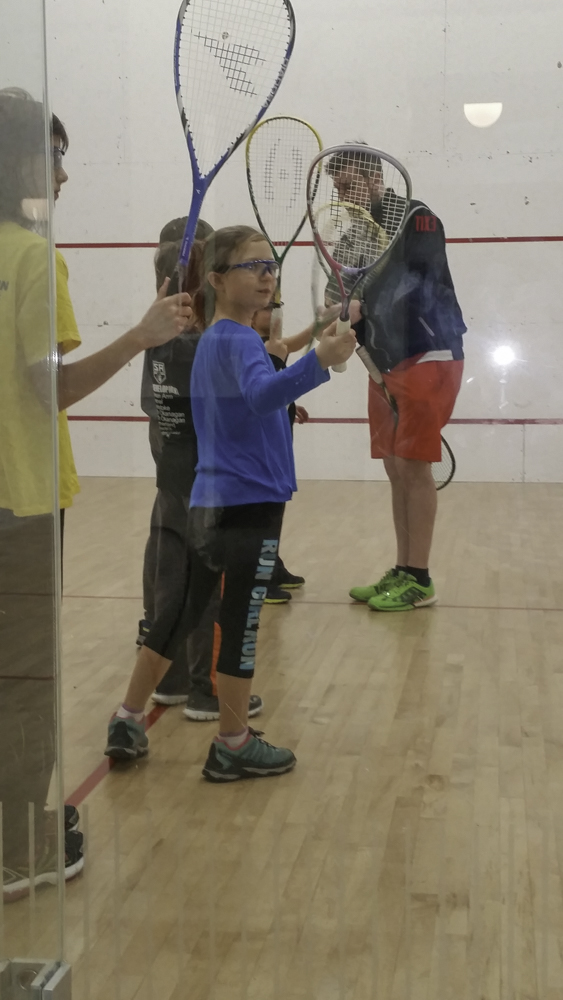 Terheege, who is one of B.C.’s top-ranked players and a former British junior champion, has been coaching squash in the southern Interior for over four years now.

The B.C. Interior Squash Academy he owns and operates now has almost 50 juniors training with him regularly from Vernon to Penticton, he said.

In Summerland, he’s been running a junior program out of the Lakeshore club every weekend for almost three years between September and April.

“We’ve got 10 to 15 juniors, but we’re trying to get some more in Summerland,” he said. “Last season, we had about 10 kids most of the time and we’re trying to get a few more by attracting some even younger kids for the upcoming season in September.”

To be able to play squash only metres away from gorgeous Okanagan Lake is something most other players would be very enviable of, said Terheege.

“As a facility, it’s probably one of the best in terms of location … in the whole of Canada,” he said. “The interior of the facility needs some work, but the courts are excellent. Being located right on the lake there is amazing. They’ve got tennis courts, which are popular, and we’re just looking at trying to re-develop the squash program. 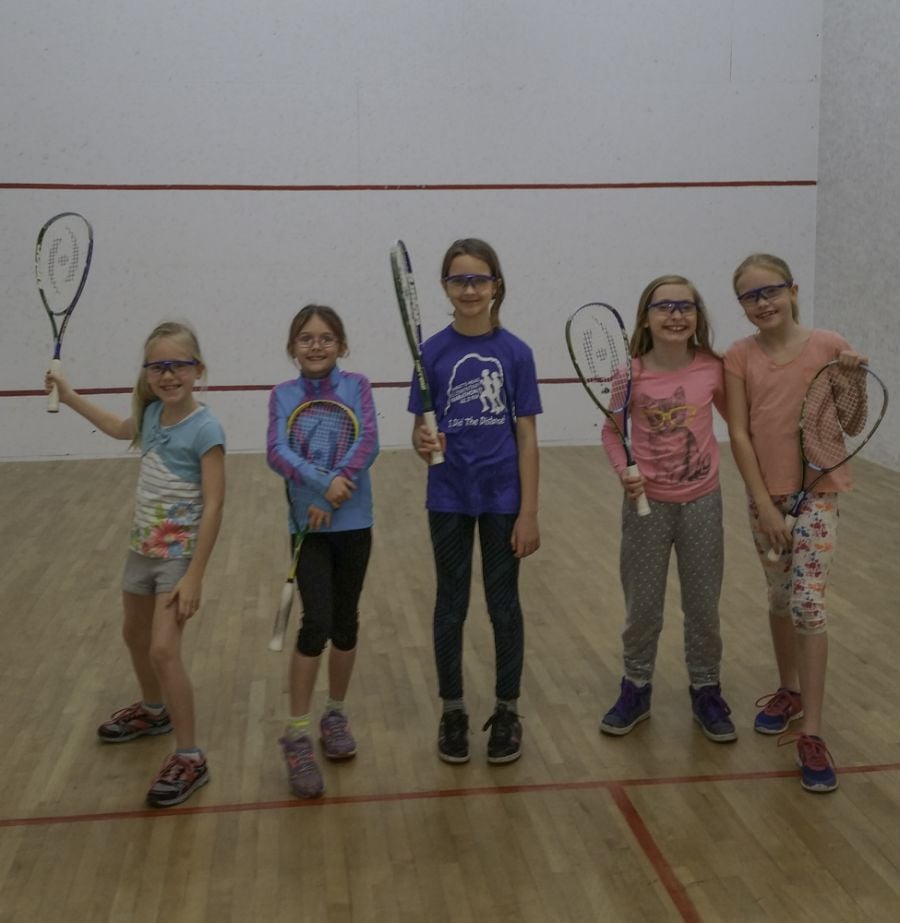 “One of the courts is being redone this summer … we’re just trying to establish a membership drive, which we really haven’t done. It’s truly a hidden gem in Summerland.”

Terheege said he’s “played squash all over the world” and he’s never played anywhere else where you can play squash and then jump into a world-class lake for a swim after a match or training session.

“It’s a pretty special location for sure,” he said.

There are many ways to get and stay in shape, but very few sports can compete with squash for building and maintaining fitness levels, he said.

“It’s one of the best sports there is to burn calories and get in shape and then stay fit and healthy,” he said. “It’s also a great way to relieve stress and take your frustrations out on the court hitting the ball and running around the court. It’s a real release.” 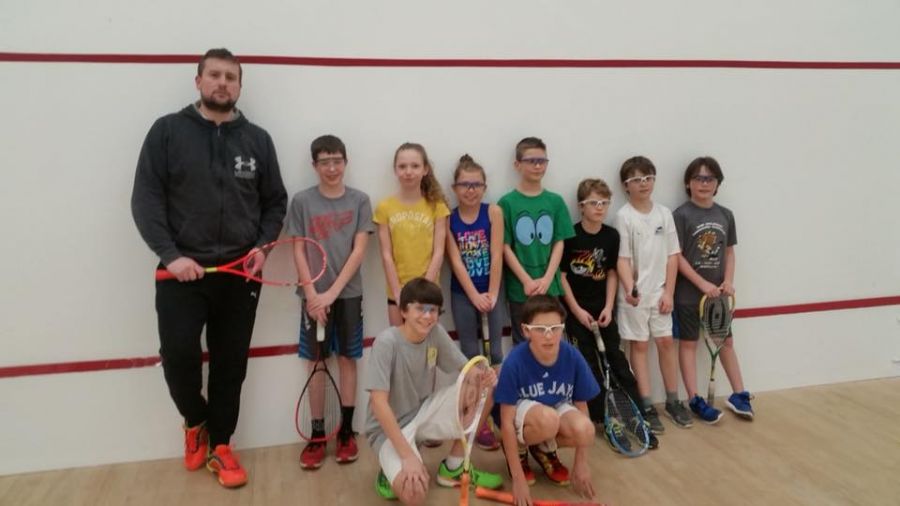 It’s also a wonderful social sport, which tends to attract friendly, outgoing and supportive people as it takes a lot of time and hard training to become a decent squash player, he said.

“It’s such a sociable sport,” he said. “You meet some really good people through squash. You get players of all ages and if you play squash, you can go to any town and drop into a squash club and all of a sudden, if you’re new to an area you’ll go from not knowing anyone to having 100 friends the next minute.

“Almost everyone I’ve ever met through this sport is just so great. It’s been amazing for myself. Almost all my best friends are people I’ve met because of squash.”

For more on the Lakeshore Racquets Club, click here.