On the 4th of July 2021, the temperature at Penticton's airport reached 34.1 degrees. We'd just come off a killer heat dome that a week earlier had incinerated the town of Lytton, and we were in the midst of a dry spell that seemingly stretched all the way back to March and would continue to stretch forward through the summer. 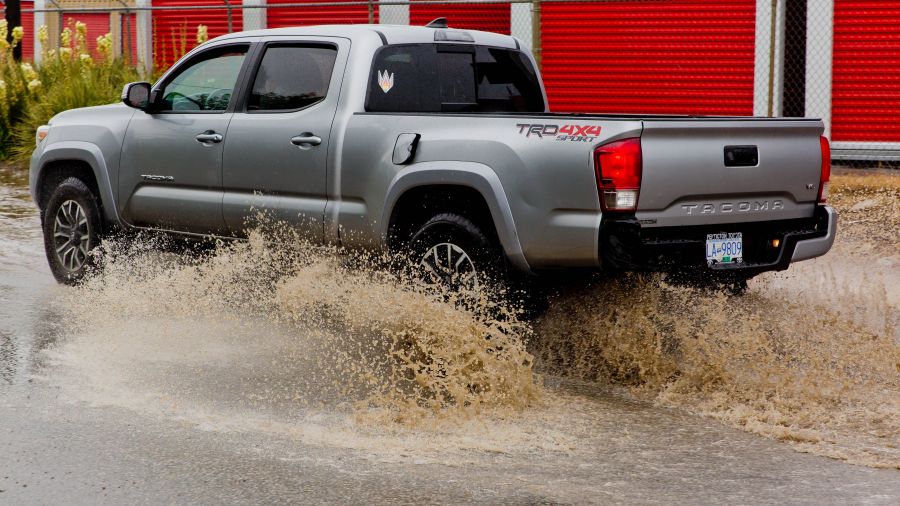 This year, well, it's thus far been the polar opposite. And today was the big finale. We say finale because the weather going forward looks warm and sunny, starting tomorrow.

But today was a mess. Early in the morning, the clouds over the mountains on either side of the valley had a certain menace. And then along came the warning just before 9 am -- yet another "Severe Thunderstorm Watch" that this time would remain active all day. 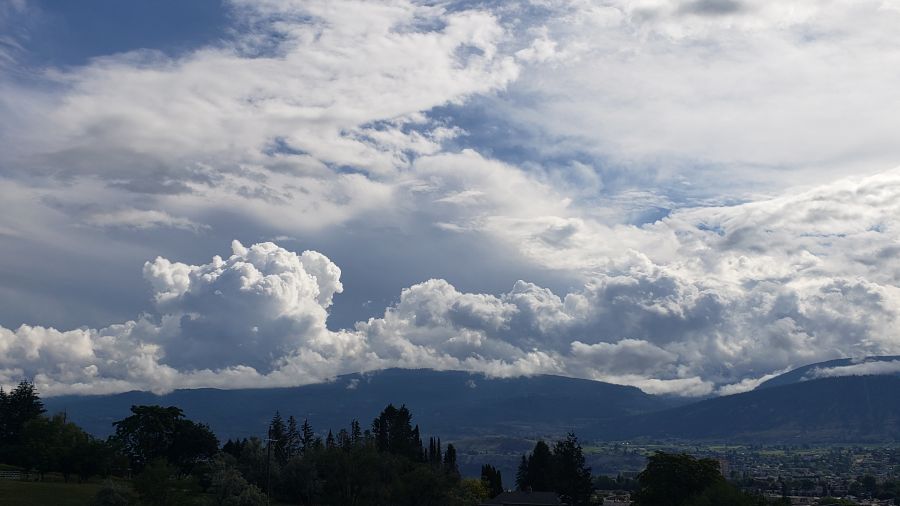 By noon hour, the skies were fully socked in. And just after 1 pm, the rain -- and the thunder and lightning -- began in earnest.

It was intense. The thunder claps felt more like explosions. The lightning was all around. And precipitation poured out of the sky like someone turned on a giant faucet.

PentictonNow hit the streets at 2. We first visited Okanagan Lake Beach, which traditionally on July 4th is a people magnet. But today, aside from a small group of family members on the beach visiting from the Yukon, there was no one anywhere. 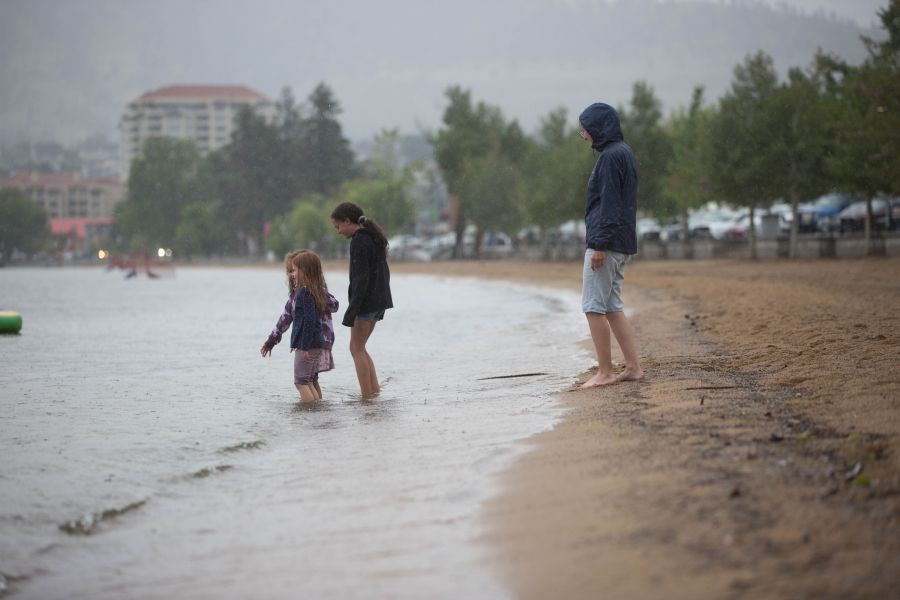 And dark. We took a photo along Main Street at 3 pm today that looks like it was shot at dusk. 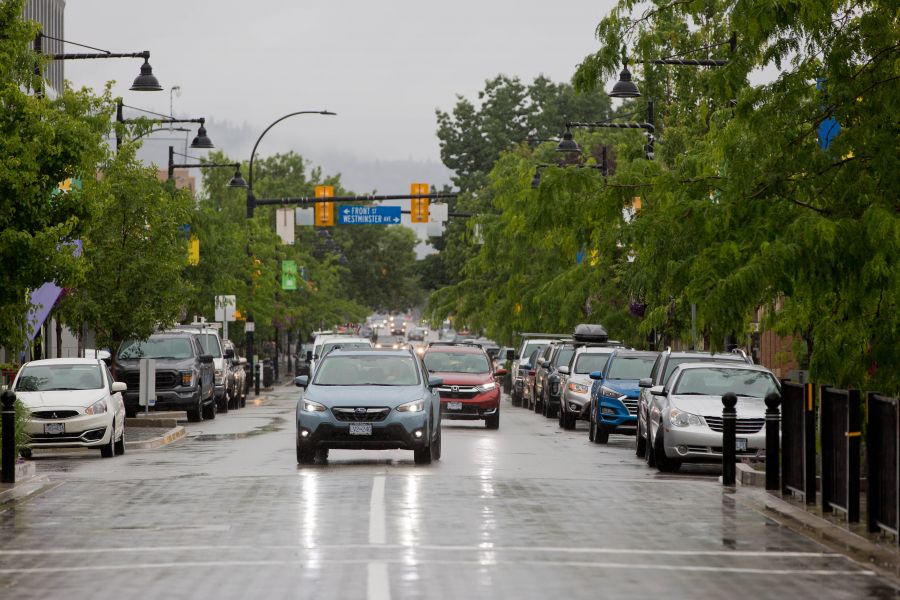 Then at 3:43 came the email. The City of Penticton had opened and staffed its Emergency Operations Centre. Residents experiencing issues from what the City called a "flash flood" now had a number to call (250-490-2307, Ext 7) aside from 911.

It was also announced that residents who needed immediate action could grab their own sandbags from the Public Works Yards Building at 616 Okanagan Ave. Within the hour, the first round of bags were gone and more were being carted to the street from the yard. 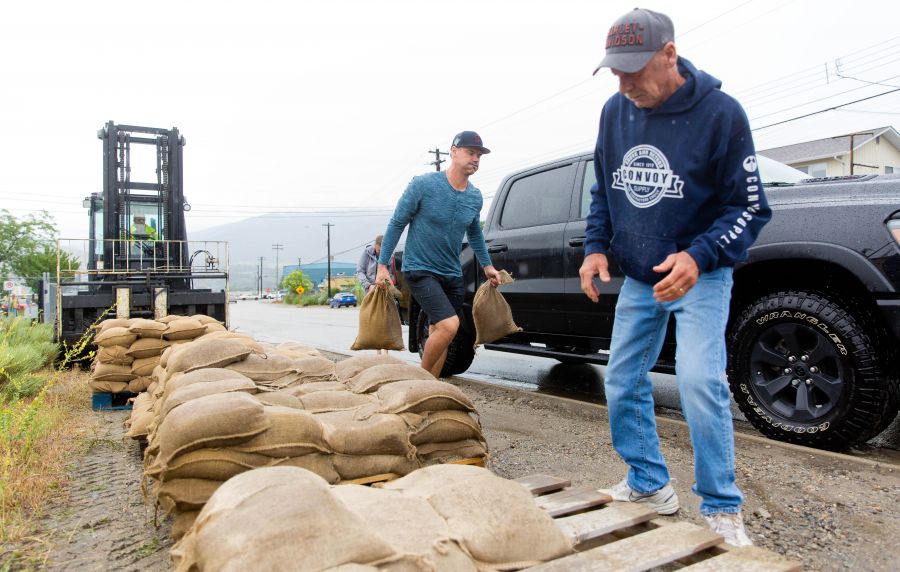 Right beside Caisutti was Philip Fox, taking bags to the Okanagan Boys and Girls Club on Manitoba Street.

"They're having some leaking," he said. "I volunteer with them and I'm helping them with what they need." 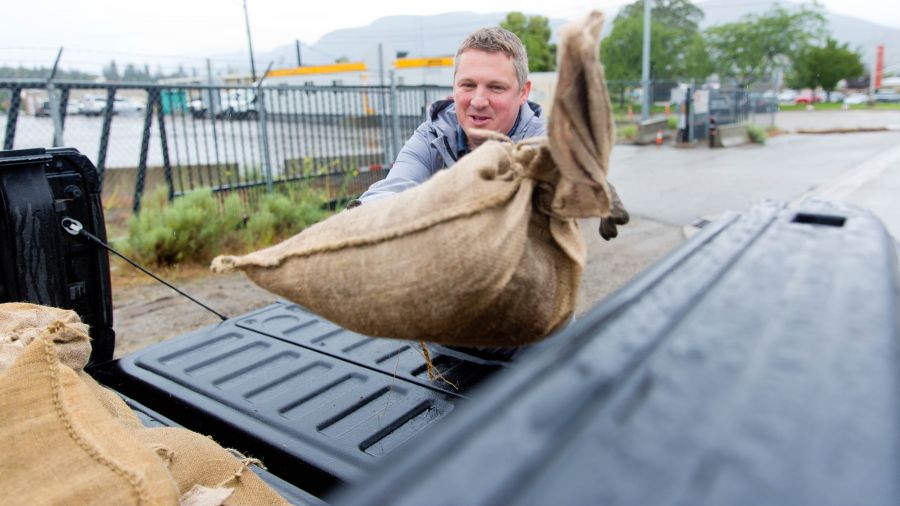 "We activated our Emergency Operations Centre as a result of the number of calls that came in from the rain event," said City of Penticton GM of community services Anthony Haddad at the time. "We felt it was much better to coordinate it through the EOC."

Joining Haddad at the EOC was City engagement officer JoAnne Kleb, who later told PentictonNow that 14 mm of rain was estimated to have fallen during a half-hour period at the peak of the storm. Penticton Fire Department acting captain Mike Sutherland was part of one of those crews. We met him in the K Street neighbourhood, monitoring a sandbag installation.

"We've had a pretty busy day," he said. "We're acting under today's EOC, just traveling around and checking out addresses that have been calling in looking for aid with some of the flooding. 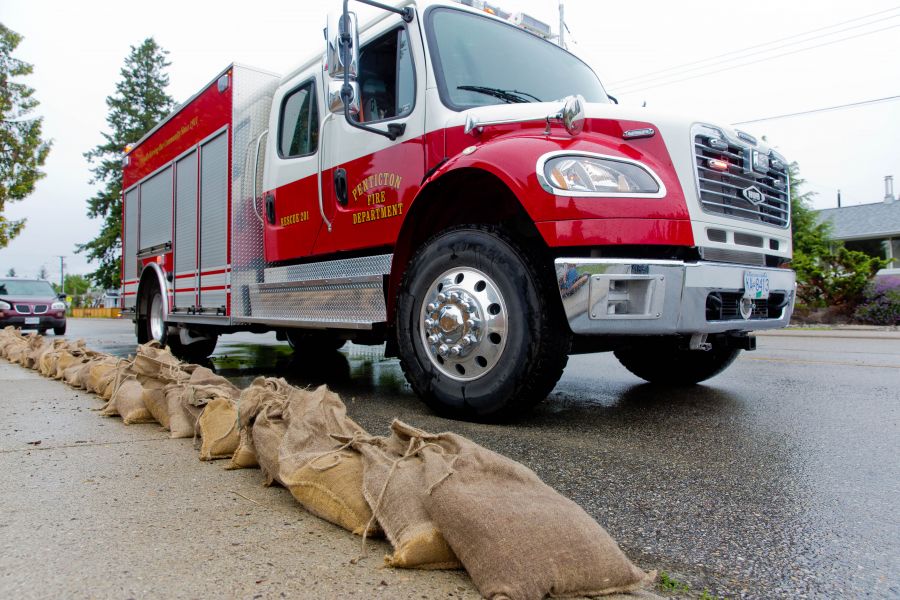 "One of the addresses is here. You can see by the sandbags that they had issues with the water coming up over the curb. They're doing better now. Sounds like they've got it mitigated on their own."

As of Monday evening, the skies over the city look appreciably better and the evening's forecast calls for clouds, possible showers and light wind. Tomorrow and most of the week, look for sun and highs near 30. 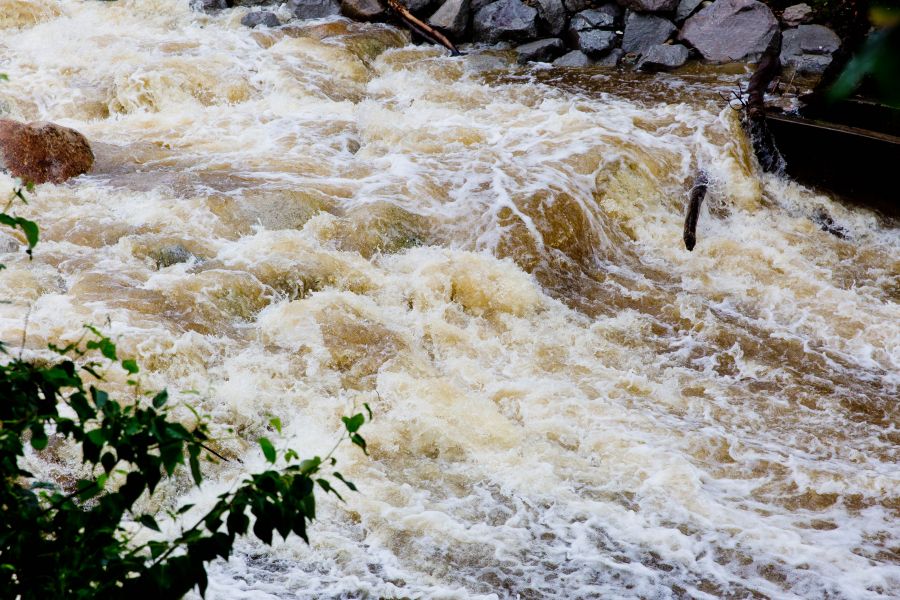 It appears the rain that's marked 2022 is behind us. At least 'til fall.

But for folks running leisure-, tourist- and outdoor-focused businesses, the year so far has been tough.

Tickleberry's Downtown owner Kelsey Hoy admitted the day was a literal and figurative washout, as were several more before it, but had a positive outlook nevertheless when comparing the spring to 2021. 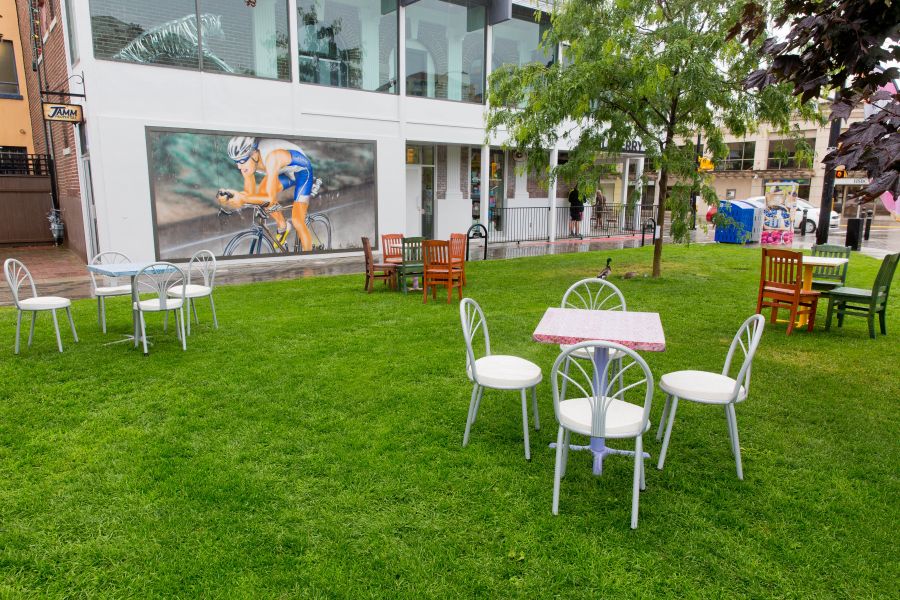 "Once you lose walk-in traffic of course it affects you, but honestly it hasn’t been that bad," she said. "The rain has slowed us down, but we've been blessed with festivals and the Farmers' Market being back on. So even with the rain, it's been a better year for us than a COVID year.

"We'd definitely take this over COVID."

But she'll withhold judgment on 2022 for a couple months. 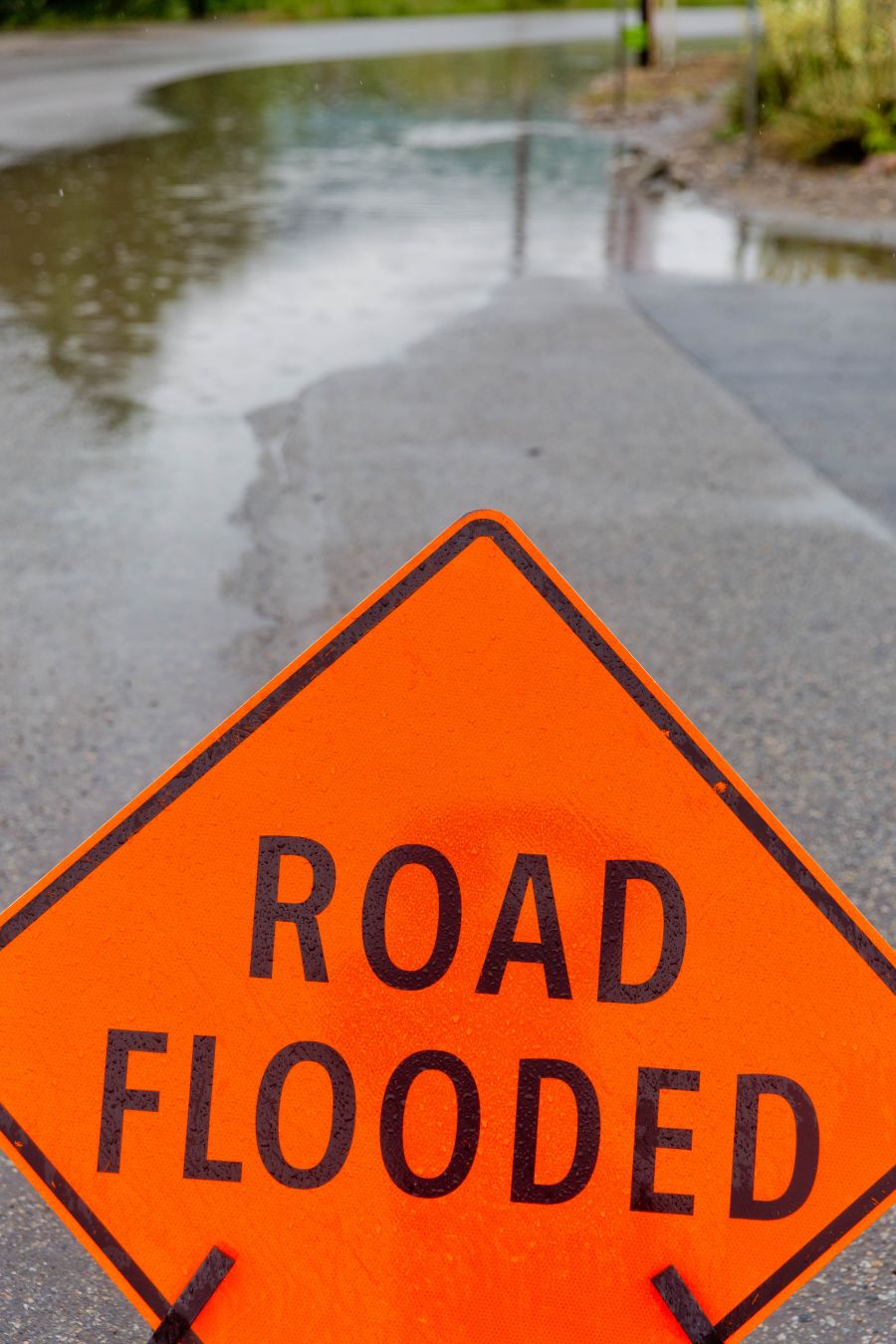 "The hope is that we take this and not have a smoky August," she said. "But if we get both, you can talk to me then."

For Diana Stirling of Coyote Cruises (and LocoLanding and two side-by-side ice cream shops), it's a "day by day" process. 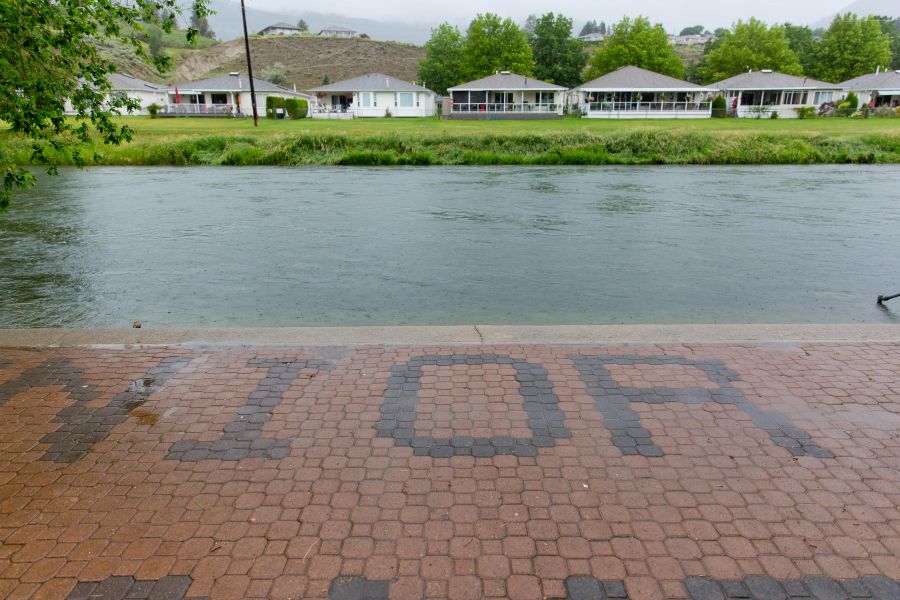 "At this point, as an outdoor tourism operator, we're just trying to figure it out," she said.

"It's frustrating to finally get staffed and then have to cut shifts or reduce what we can have open. We're just trying to do whatever we can to keep the doors open." 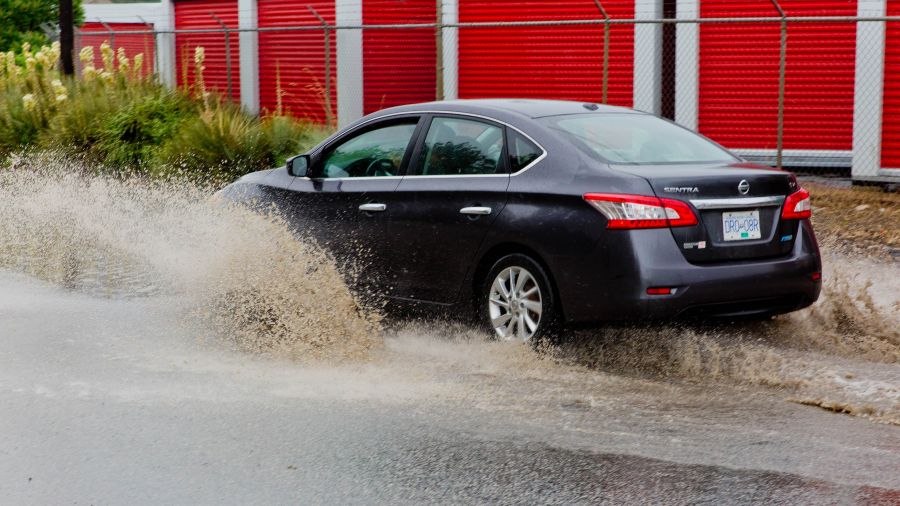 "When your season is short -- it's 65 days -- and you lose a day or two or three or four, that's a pretty good percentage and you don’t get them back. In our numbers we account for a decrease, but not wipeout days.

"That said, we have to be appreciate after COVID that the doors are open and we're still here."